Primary Colors In The Village

Rusty's urban training program continues apace and he is getting better at coping with the noises and sudden alarums on city streets. I am told by people who have been watching his progress that he is gaining visibly in confidence and self assurance. He carries himself well, apparently. 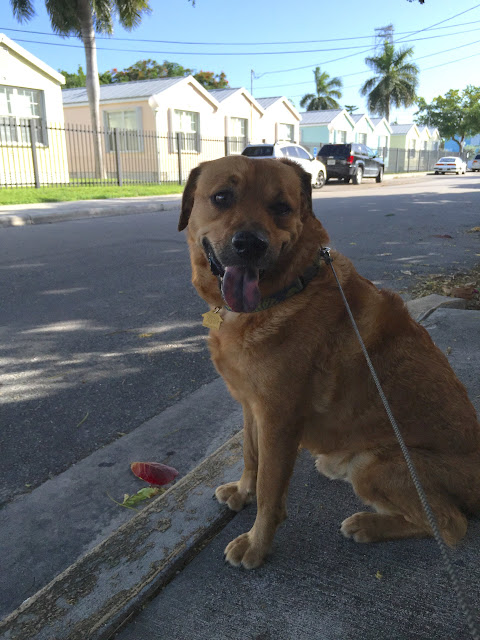 I took him for an afternoon stroll through Bahama Village and he was a champ. I started to notice the bright colors I was surrounded by...on all the buildings. Island color! The VFW on Emma Street: 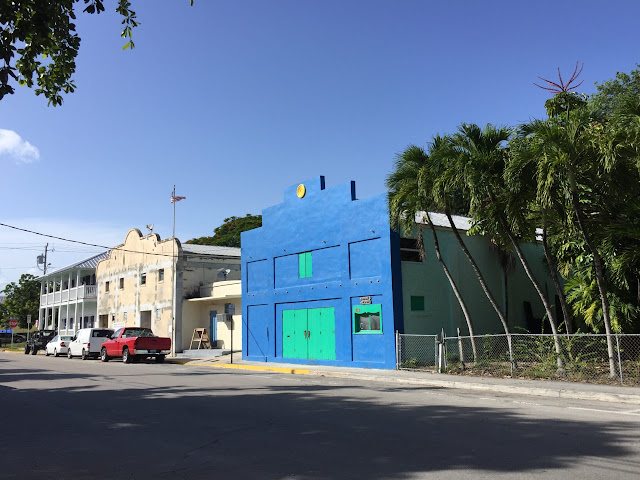 The wall of the Douglass Gym named for Frederick Douglass the noted abolitionist: 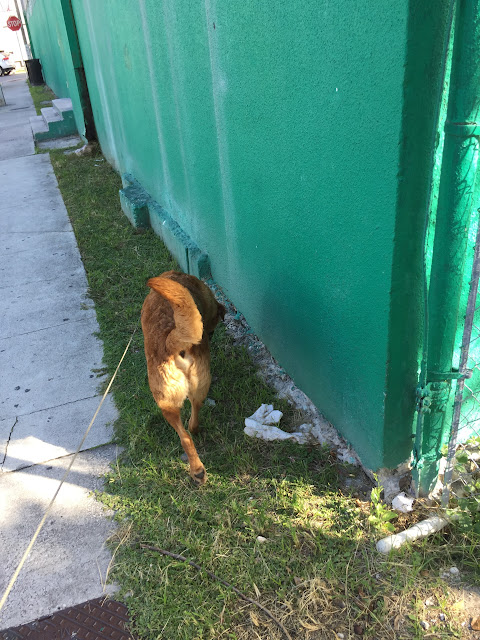 Mustard yellow suits some people, I prefer lemon yellow but that's neither here nor there. 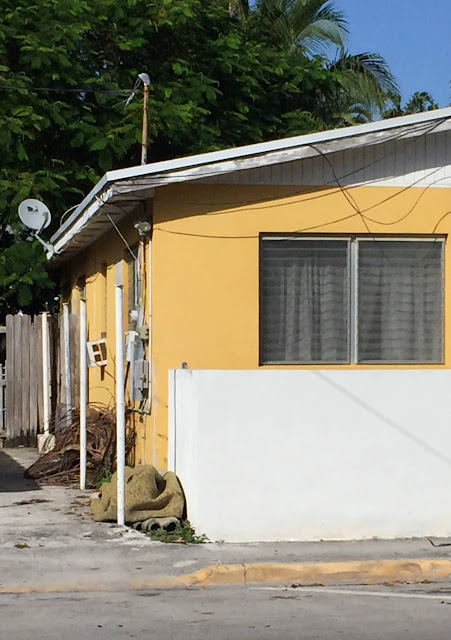 I like the colors even if the homes can be a bit run down. 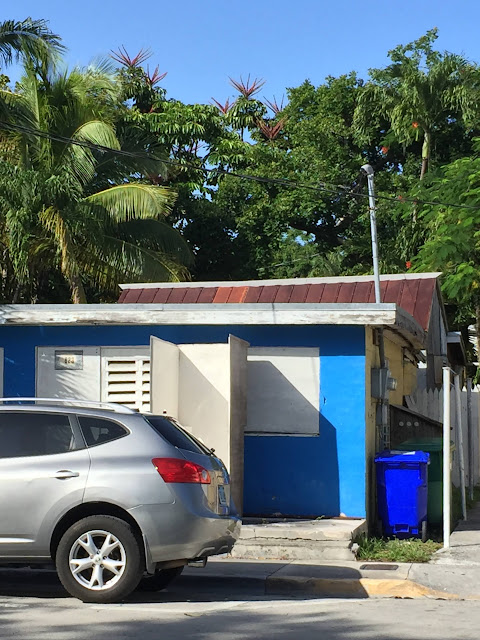 This old place I must have photographed half a million times, I exaggerate, but it still stands at the corner of Olivia Street at Emma. I can't get over the shutters every time I pass. 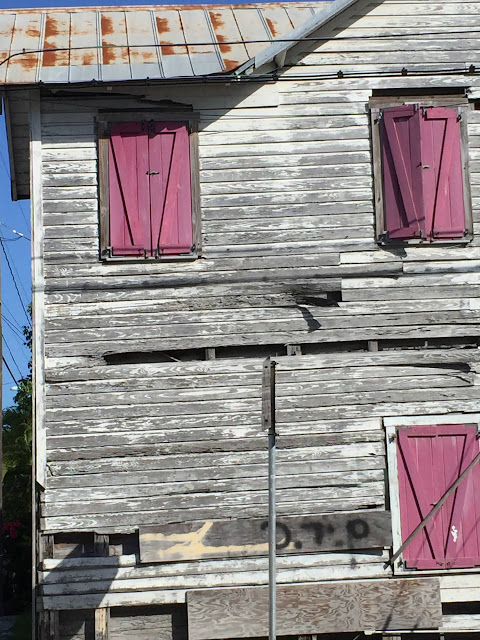 Your basic Key West white.  A  street scene like this is a healthy reminder that Key West does not look like the rest of the Keys. 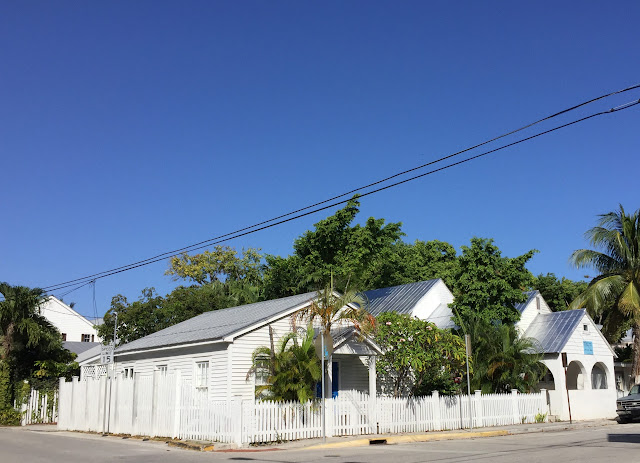 Oh, and there's bougainvillea  too. 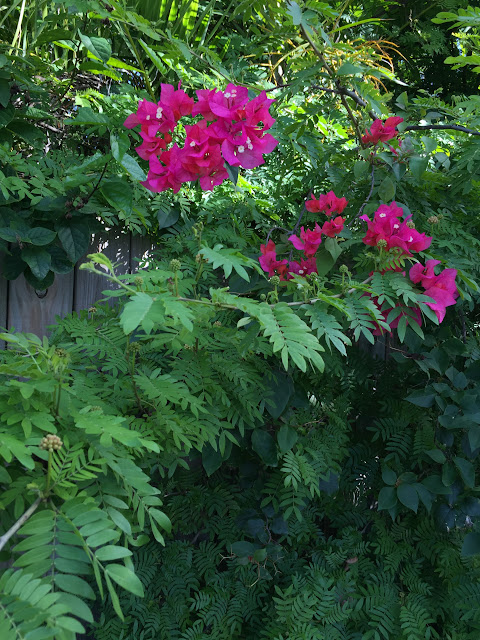 The Conch Cottage concept is alive and well in Bahama Village, often refurbished as a mark of advancing gentrification: 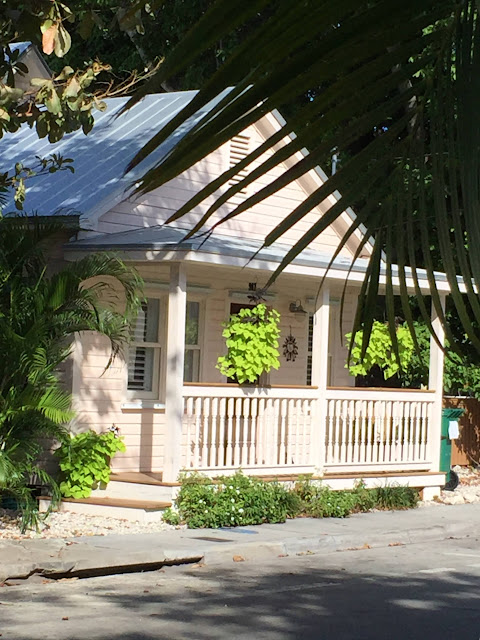 But not everything has been modernized: 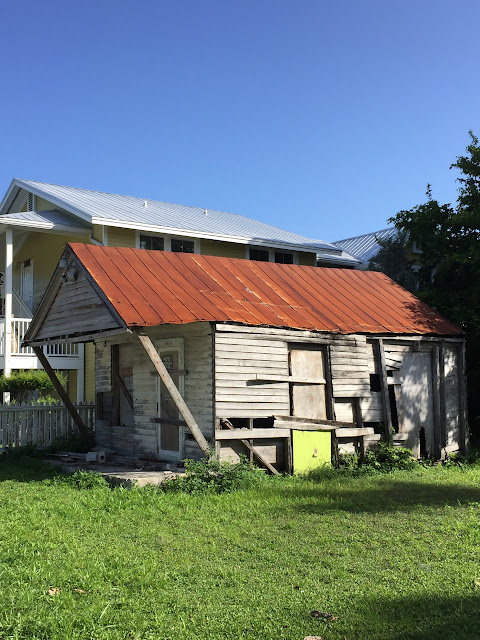 Even the cars look brighter under an almost-tropical Key West  sun. 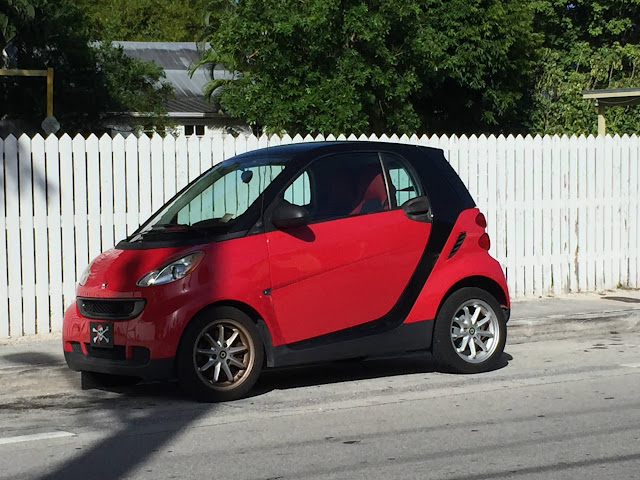 At first I though the sign below read: "No Dogs Allowed" which didn't seem right. Maybe they aren't allowed either, who knows. I'm one of those people who isn't terribly interested in you if you don't like Rusty. 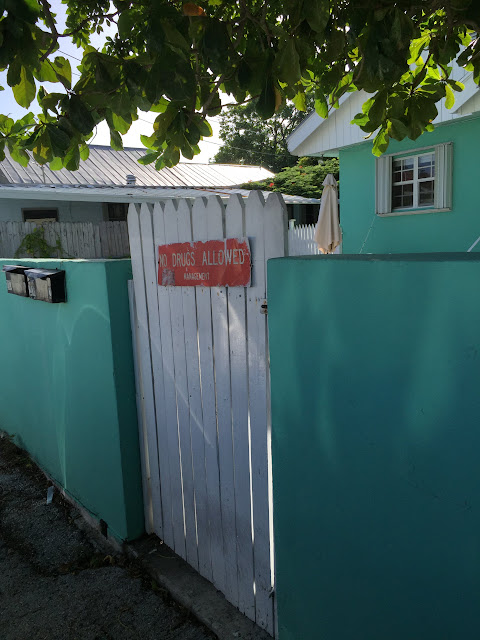 Even the public housing has  got a bright coat of blue paint: 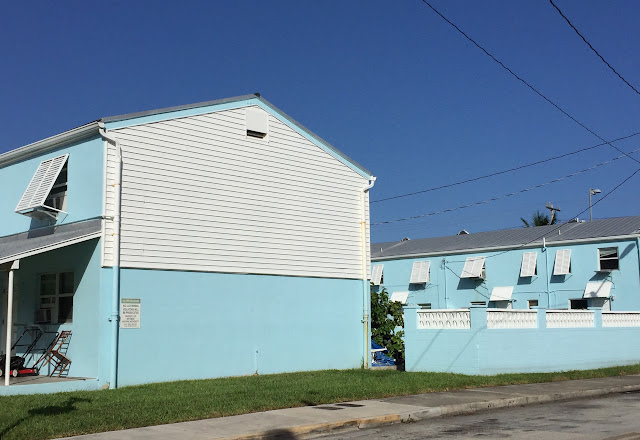 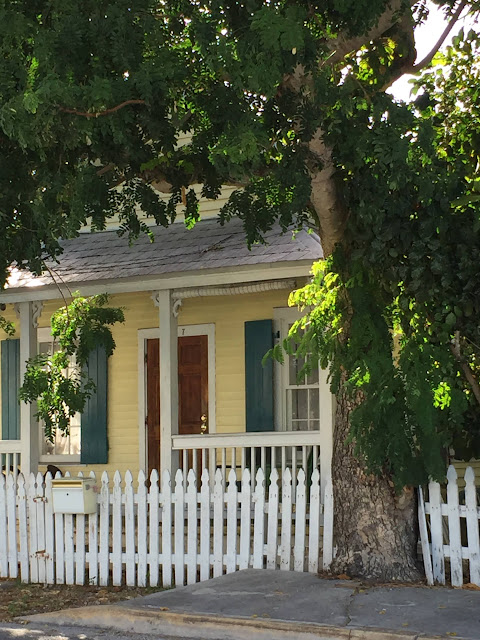 We took a good look round did Rusty and I. Honestly he was feeling the heat as much as I was. It seems to have a been a hot summer so far. 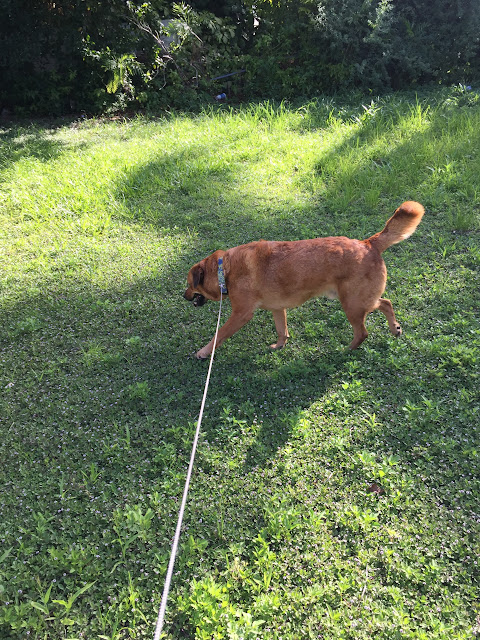 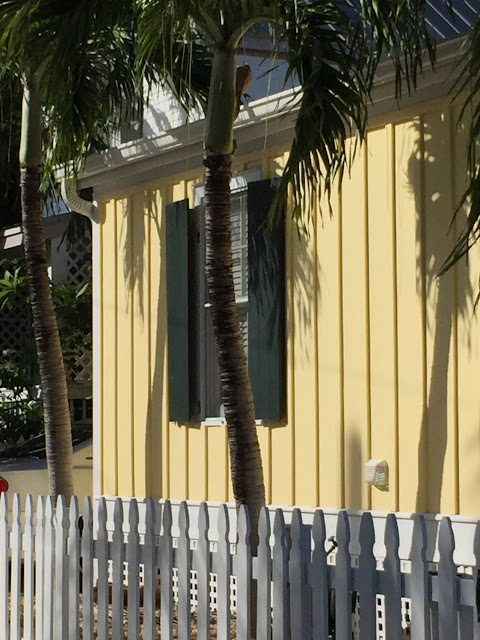 Watching the world go by and resting as a hot dog should: 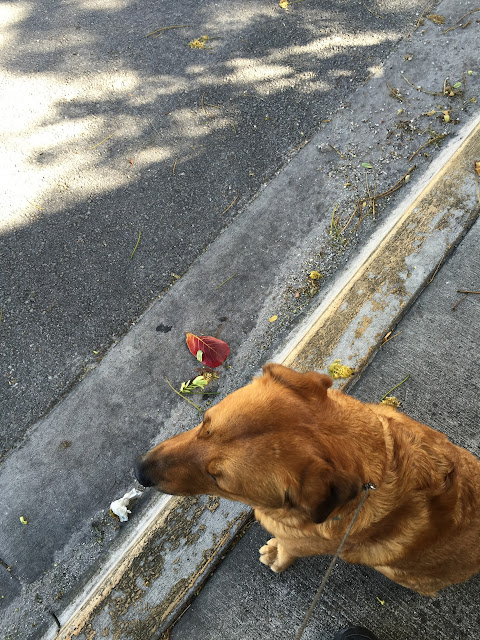