One day I am going to learn to appreciate the craze for symbols of winter proudly displayed in the Southernmost City. I have a colleague at work who is heartsick all winter, waiting for cold weather to blow through town, heartsick because we haven't had a really cold blast for what? at least the past two winters... 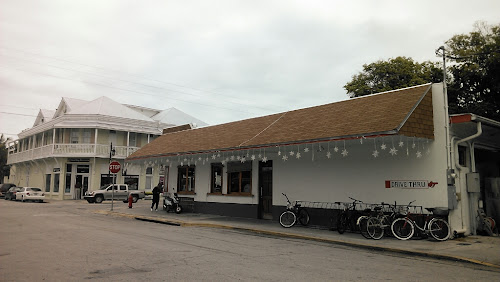 Strolling past Don's Place, a dive of a bar filled with drinkers who mumble at each other about the weather in their former homes as they sup alcohol at seven in the morning, I wondered about the dangling plastic snowflakes. Cheyenne had her nose on something closer to the ground. 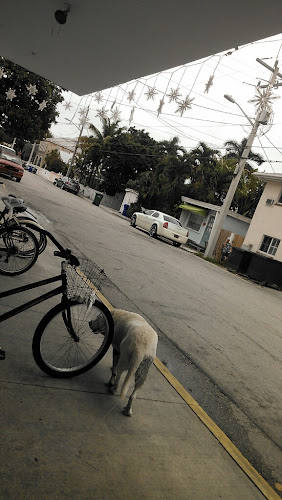 I love how Key West lives indoors and outdoors, like those of us that live in the suburbs, but where our lives thrust outdoors are mostly out of sight on our suburban streets, in the city if you throw your home open - there it is in all it's messy detail. 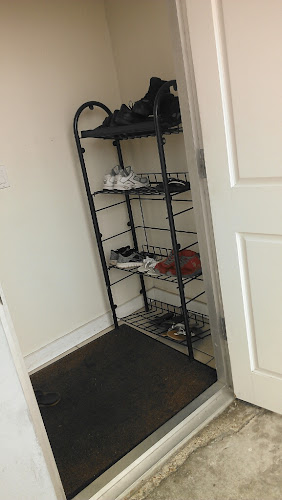 I haven't been down Wong Song Alley in a while, but a quick peek off Truman Avenue showed not only that the peculiar name plate is up and looking good (tourists steal them) but the alley itself which pops out on Virginia Street was cleaner than I have seen it before and looking terribly respectable. No longer is it the jungly, mysterious darkness it once was. 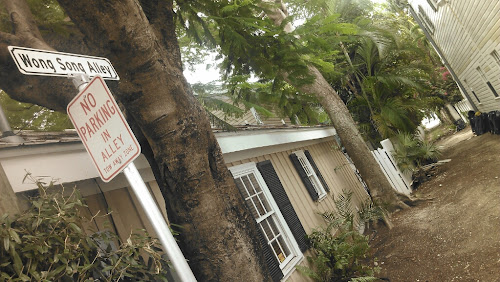 I see places like this all across town. In a city as expensive as this you'd think every structure would be up and running and exploited. Not so. "No Dumping" the sign says. But the place is a dump, I say! 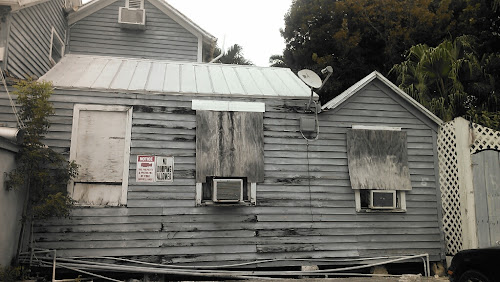 Our walk led us from Truman Avenue to Catherine Street, home of the Cuban Restaurant icon El Siboney. Not quite open for business yet, a slower starter than Don's Place. 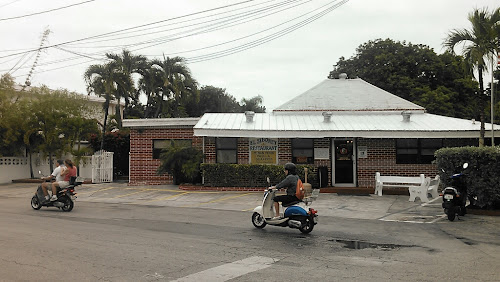 Like I said there are a lot of homes in need of tender loving care, and cash. So if they get bought out of the family and refurbished they are gentrified which is disruptive to the social fabric, but if they are left to crumble what are they? Is there a middle path? Beats me. 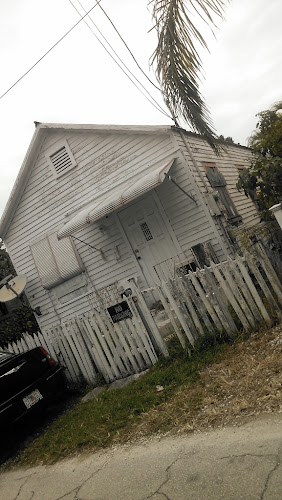 Cheyenne doesn't pose difficult questions to herself. She enjoys the freedom of retirement and chasing smells. She even ignores the... 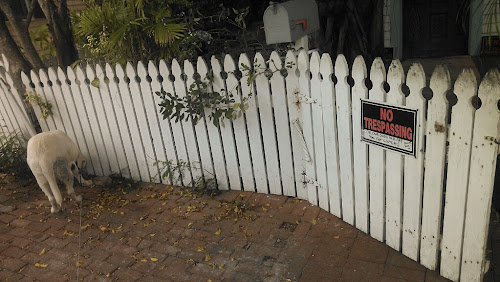 ...warning signs. This one appeared to be a bluff as nothing appeared in response to our pause in front of the protected property. 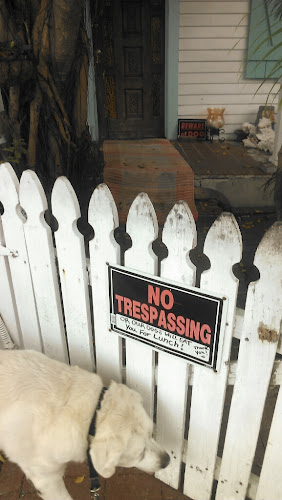 I was struck by the line of big green trash cans stretching to the horizon. Cheyenne was struck by something else. I photographed, she sniffed. 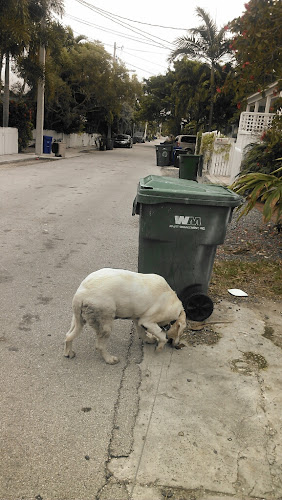 And all was well with our world. 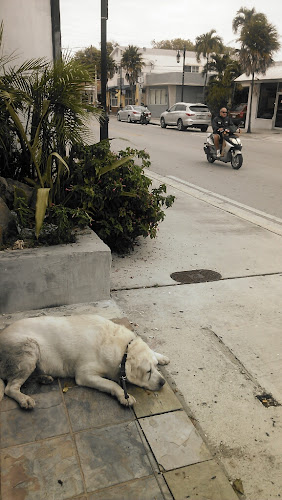