Well, here we are are, the start of Fantasy Fest week the big kahuna in tourist events celebrating the quiet season of fall with a raucous week designed to keep people employed and paying the rent...and the big question is will they or won't they? Show up that is. Judging by some of the lines of traffic on the Overseas Highway and in the city (Garrison Bight Bridge pictured) there are tons of people in Key West: 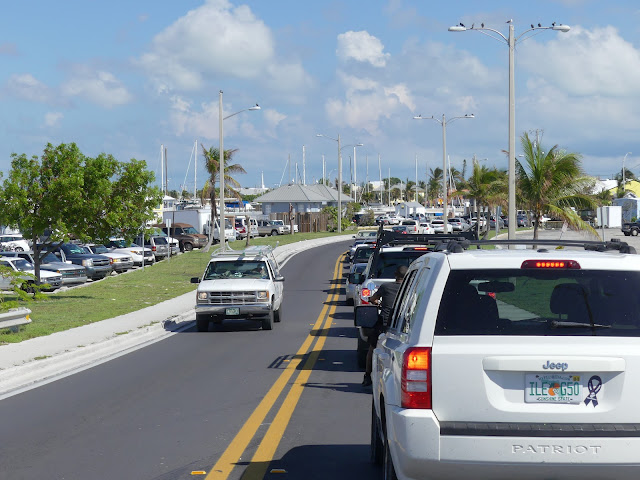 The people in charge want to hold a Fantasy fest concert at the new amphitheater on the Truman Waterfront next week. The concert will be a test of noise levels, parking and traffic circulation which will either throw fuel on the criticism or tamp it down. A lot of people have been complaining loudly about those issues ever since the performance space was announced. Here it comes: 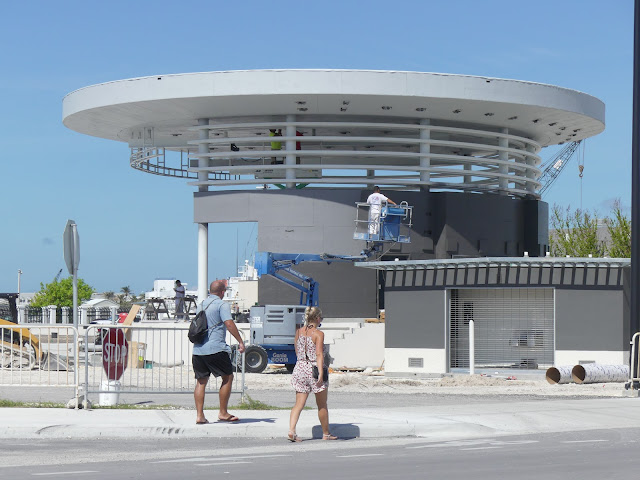 Tourists that have showed up need a measure of tolerance for some shortcomings in a  city that survived remarkably well where the rest of the Keys suffered some severe damage. Complaints are not what anyone needs to hear at this stage. 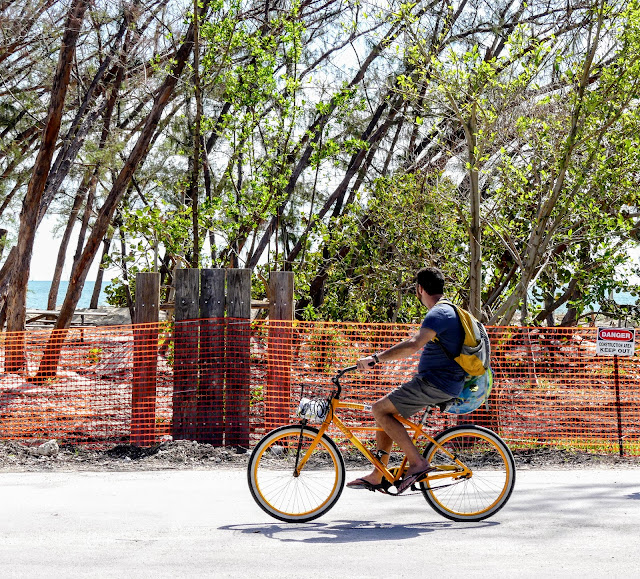 The garden club was closed when I took the picture but I met the President of the club and she said it would be open as you read this and thanks to the structure suffering no damage the club will bounce back with more plants even though their famous strangler fig bought the farm in the storm. 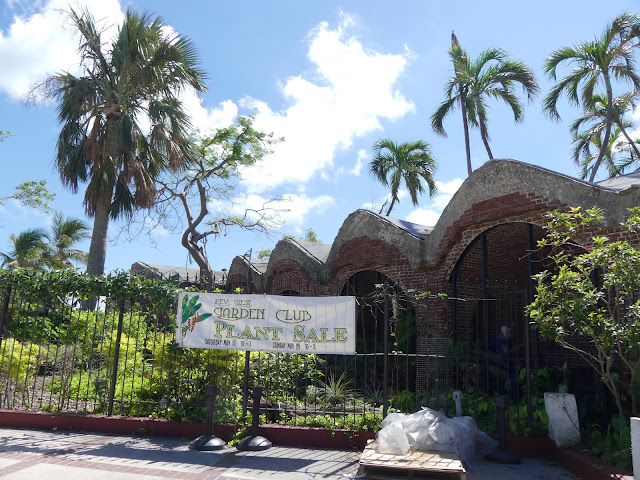 In truth I doubt many of these visitors are feeling deprived, they are getting around as usual: 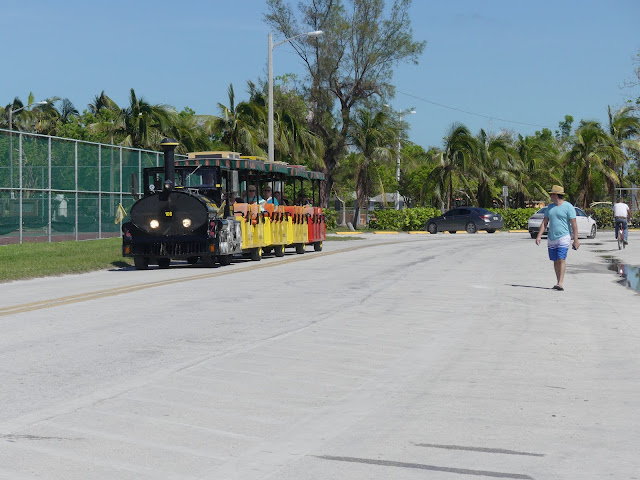 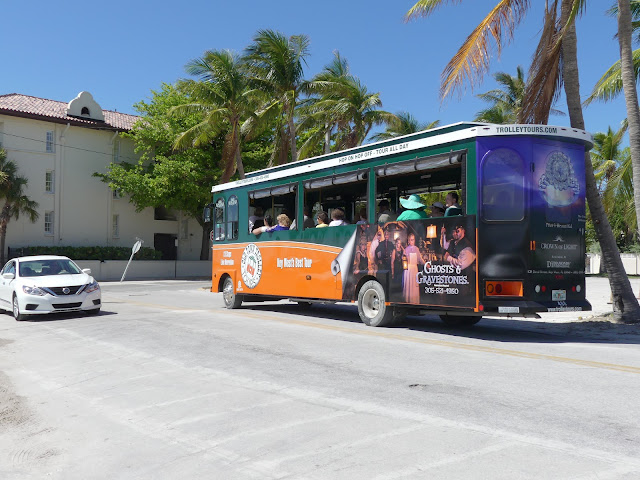 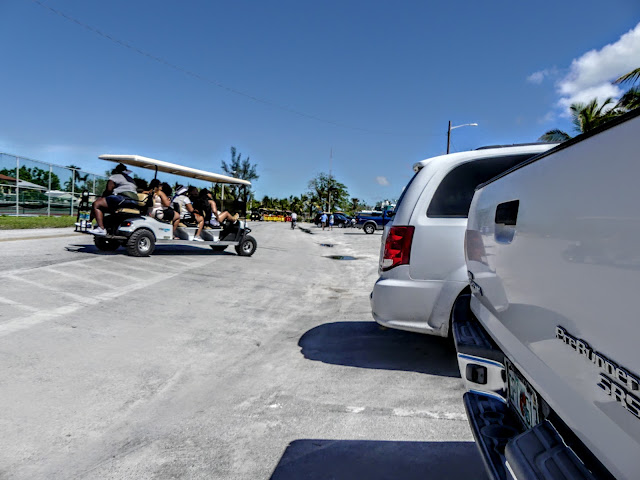 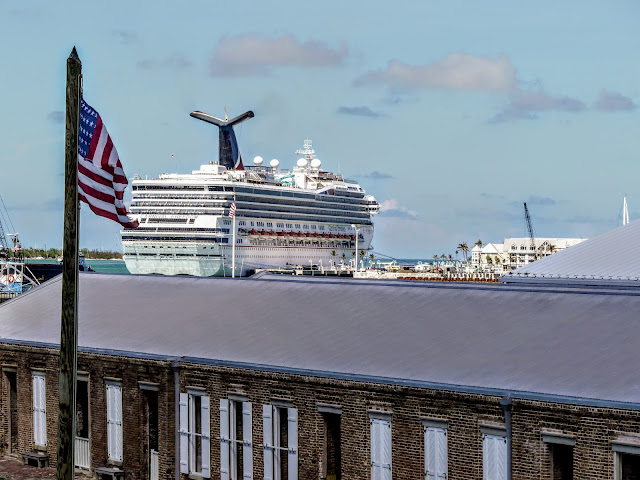 and enjoying most, dare I say all? the usual activities... 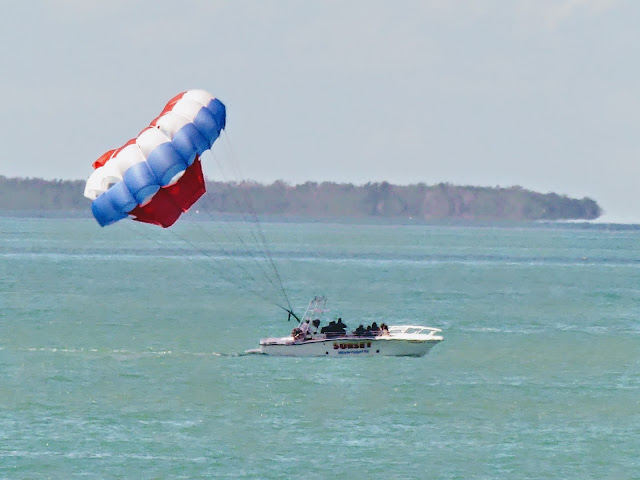 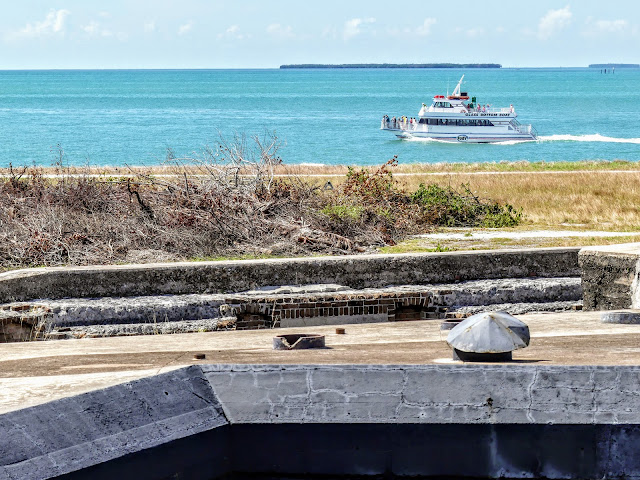 This is not a good time to add to traffic difficulties by getting your yacht stuck on a major street, but it happens: 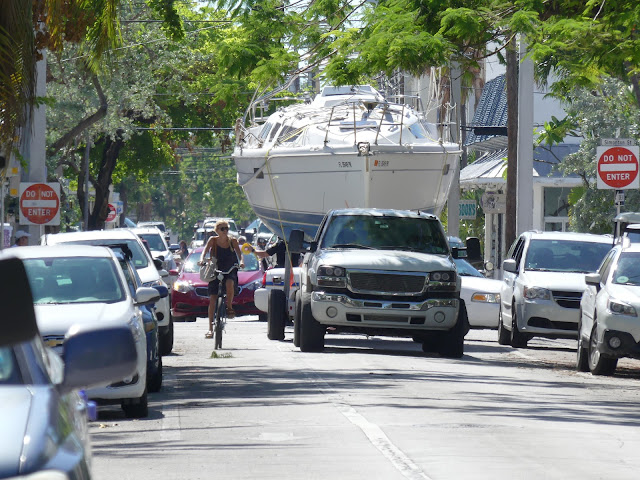 Or you could take to your bicycle. 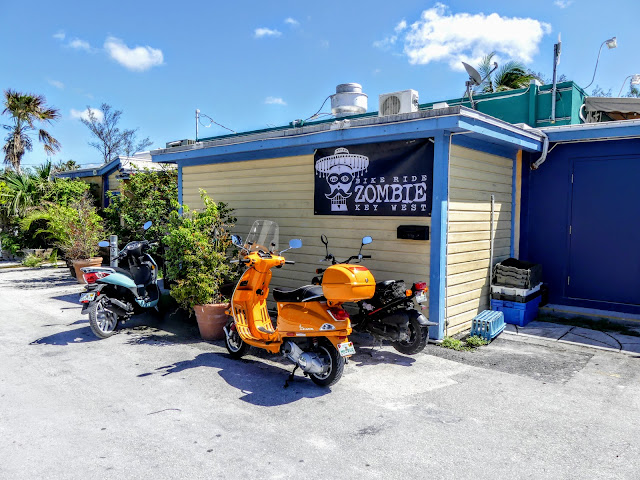 The Hemingway House will no doubt be popular as ever though there were no great crowds lining up to see it last week. Perhaps Fantasy and writing don't mix this week, when much fantasy is alcohol fueled? 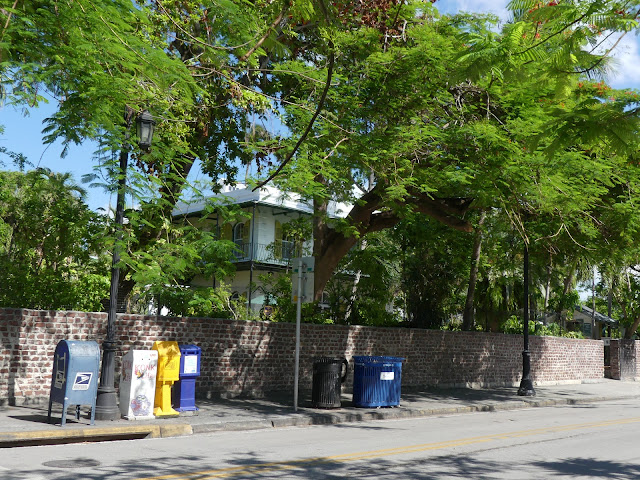 I saw this graffiti marked pipe in the wilderness and it displayed this rather silly suggestion. I know other cities have made bumper stickers alerting the citizenry to keep their towns weird. I think if weirdness is a self conscious trademark it has by definition become trite. 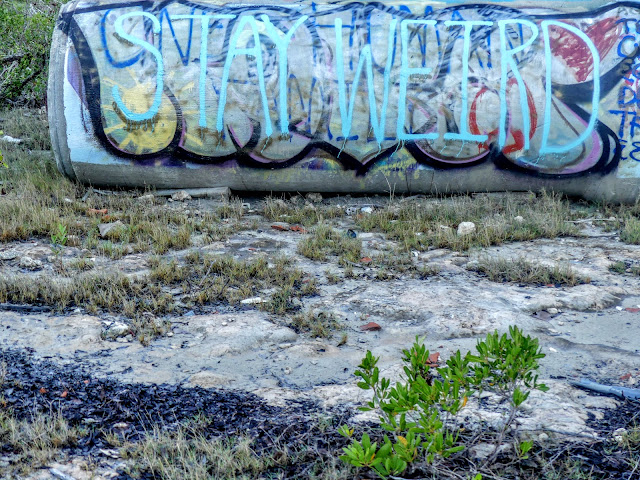 We have weirdness to spare these days with mountains of garbage springing up everywhere as the tourists play and we struggle to disappear the signs of our total loss of societal control. As seen on Ramrod Key where the highway is a staging post to remove huge mounds of detritus: 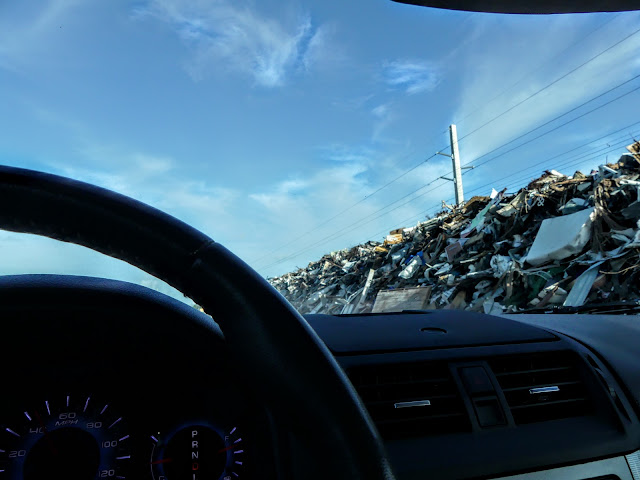 Two million cubic yards was the figure published apparently. A hundred miles of garbage. Five times more than that produced by Hurricane Wilma in 2005. Ponder that as you play in Key West, cleaned for your entertainment.
Posted by Conchscooter at 12:00 AM 5 comments: