It doesn't take long for things to go wrong. A powdering of snow in places where you might imagine people are used to such stuff, and almost immediately things change in Key West. An early morning walk for an impatient dog found us, not alone as might appear looking down Simonton Street past the fire station... 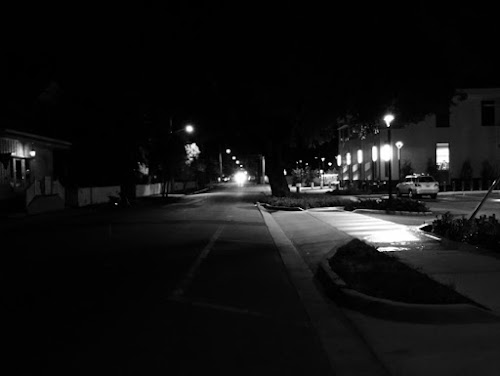 Skiers rejoice! I believe that might be a little premature but summer is over so naturally some thoughts turn to places where winter is a trifle less rugged. These would be the non-skiers, normal people who think that if God had intended for us to schuss down hills we'd come equipped with planks for feet. 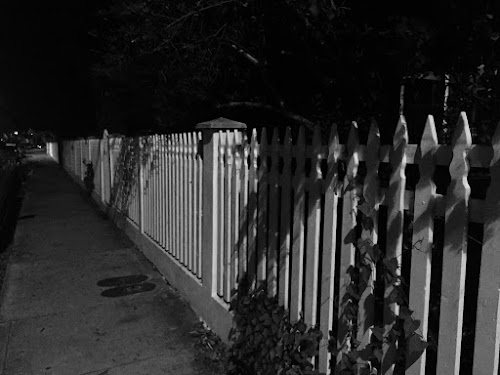 So a good few of these premature snowbirds seem to have landed in Key West already. I know because I met them. Cheyenne and I were shambling around at random in the manner of a quick round of Calvinball, as you do, when we crossed paths with not one, which could be labeled an outlier, but with lots of these nattily dressed, efficiently striding people. 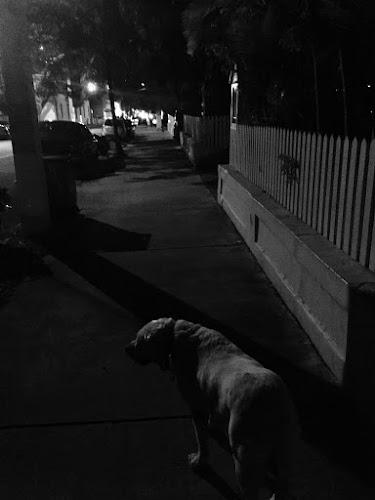 They were up well before dawn bright eyed and bushy tailed and crisply dressed in what are no doubt highly fashionable duds. They strode, they trotted, they marched, they saluted us. I felt much like I did after Wilma, standing in the church parking lot, dressed like a rather tired scarecrow being handed boxes of supplies by impeccably uniformed members of the National Guard. 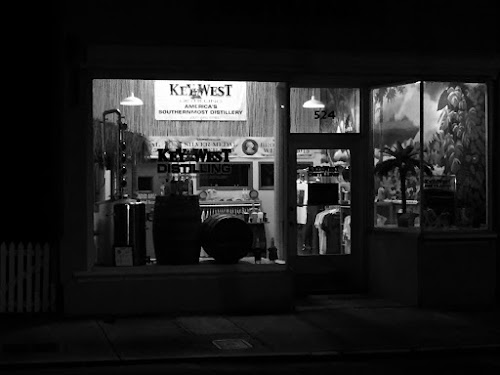 In the same way one gets to feel a mixture of awe and resentment at these busy people who show up and take over like relief workers after a natural disaster. Last week we were ambling at our own pace on empty streets, this week strolling feels inefficient and inadequate. It's odd how winter residents stand out so much even as they desperately want to fit in. It's the duality of life in the Lower Keys. 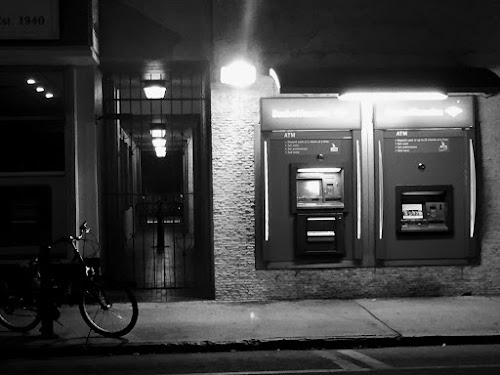 The funny part is that the snowbirds bring money and that is supposed to make it better, easier to accept the crowding, sensible to rationalize the bad manners. My neighbors visiting from some place in New Jersey where apparently one would not want to retire, cornered me with complaints about the Brazilian peppers in my landlord's yard. She has allergies don't you know, and these plants are an invasive species so she expected my landlord to have them yanked out by the roots. I called my landlord in Miami and dutifully reported the whiny woman's demands. Well, he said she knew they were there when she moved in. I said to the neighbor cut back as much as you want and stepped out of the race to the bottom. They cut as much as they wanted, the landlord isn't out any money and I got on with minding my own business, ignoring the shattered stumps and leafless skeletons that no longer provide cover from the part-time invasive species next door. They come to the Keys to kill the spirit that attracted them here in the first place. We do things do much more efficiently at home you know? Do it at home I say, leave things be down here, in this untidy backwater. 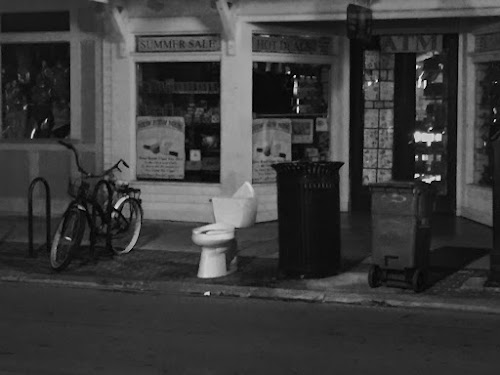 Like the chain store that advertises its charity as an inducement to buy, snowbirds point out they sustain the economy, as though we the indentured servants should be grateful for the script they give us to spend at the company store. Talking with a charming old queer who's lived in Old Town since 1986 he was lamenting how the cruise ships have homogenized Duval Street with trashy t-shirt stores and chain outlets to make the adventure travelers feel safe and comfortable. "I love the architecture and the flora of this island" he said, "but they have run off the eccentrics and weirdos who used to escape to Key West to get away from America proper." He seemed slightly sad in his defiance and his determination to hang on and remain himself outside the mainstream. I wished I were more eccentric to keep him better company. 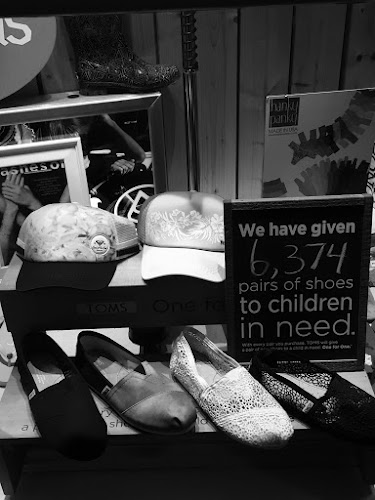 The trees are bending in the winds that have been howling and the skies have been gray so long one wonders if the sun has forgotten us. And yet there is the certainty that that things will return to normal before too long, blue skies, flat waters and eventually the furnace heat of summer will come back to drive away all thoughts of self improvement and civic order that come down briefly with the first snowstorms Up North.