The Florida Keys official Tourism Website has all the information one might need to understand the value of the beautifully decorated piece of beach dedicated to slaves brought by chance to this island in the 19th century. Yet for some peculiar visitors it is merely a playground! 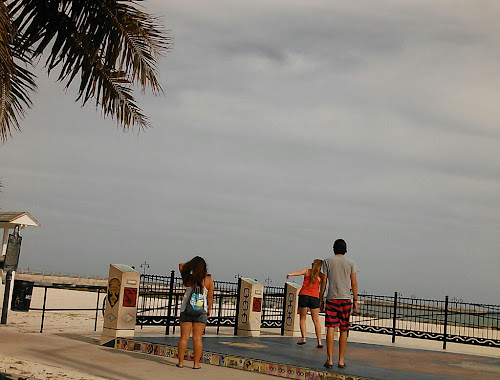 Across the street there is a dog park on land donated by the county but paid for by private subscription to the tune of $16,000. Plans to move Atlantic Boulevard further back from the beach have imperiled much of the dog park, upsetting to those who use it. Indeed, further exploration of the African cemetery has also threatened the dog park but so far nothing here has changed.nthe size of the cemetery plot seems to be fixed at this point. 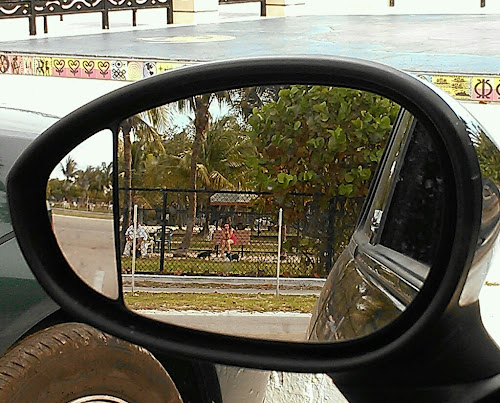 The African cemetery only came into existence slowly over the course of this century. Three slavers bound for Spanish Havana were intercepted by the U S Navy and brought to Key West in 1860. The refugees were pretty much abandoned on the beach and left in the care of the only US official in the city- the postmaster. That decent fellow lost a great deal of money and was never reimbursed by Uncle Sam for his efforts to keep the 1400 Africans alive. 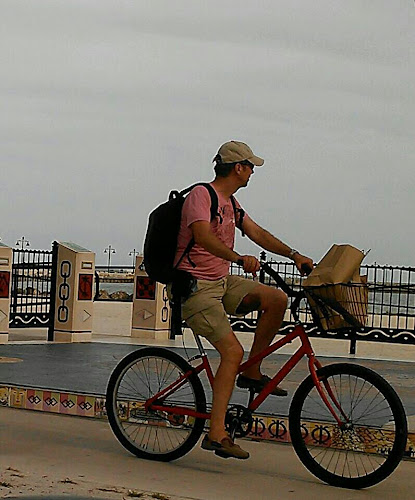 In the end 295 died here and the eleven hundred remaining got passage back to West Africa though not to their original homes. The dead were forgotten until 2002 when researchers with ground penetrating radar started looking for the human remains. They found a few they say, in this area and those dozen likely graves were the framework got this dedicated piece of land, as much a symbol and a reminder as an actual graveyard. 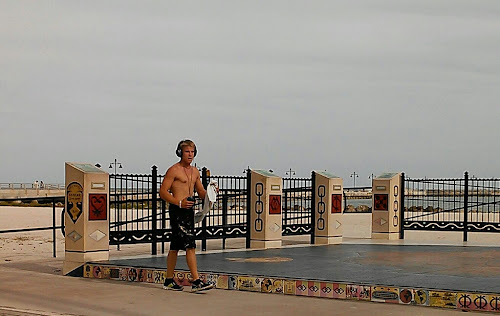 Indeed some people think the Africans could have been buried all round Higgs Beach. In those days neighboring Rest Beach was where cattle were slaughtered for the population of around 12,000, who all lived in the northwest corner of the island. As a result this modern tourist thoroughfare at the time was a piece of wasteland overseen by the brick Martello tower, whose remains are to the right: 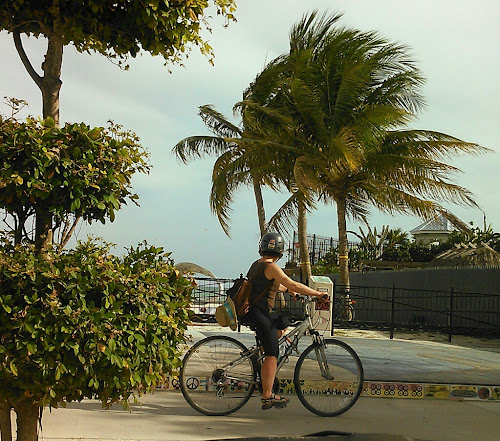 Until a hurricane blew the bodies out of the sand there was also a city cemetery at Higgs Beach but after that episode they moved it to its current location in the middle of the island, at what was then the outskirts of the inhabited town. 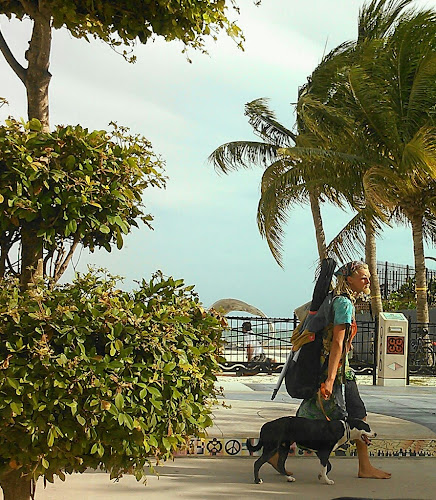 And nowadays they come and amble by, in all their glorious diversity and most ignore this piece of history at their feet.