I want to pause  a moment and think back to my few days out of town. Therese gave us the run of her house which is where my wife and my dog came to hide from Hurricane Irma in 2017. Rusty ran up to the gate eager to be back and you can see why. 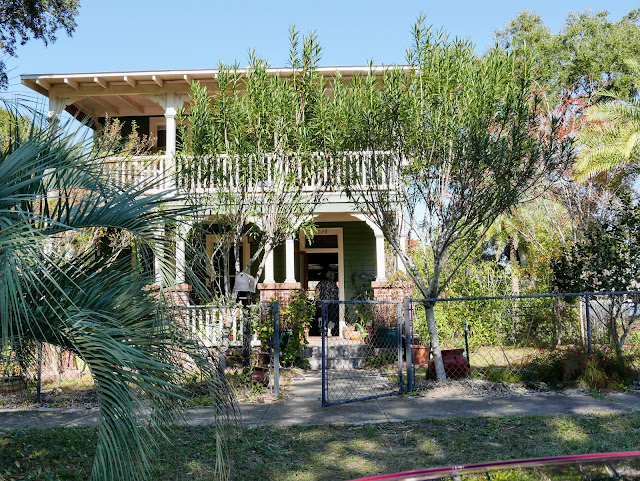 A cool winter day in the Florida panhandle is ideal for sunbathing and people watching from the porch: 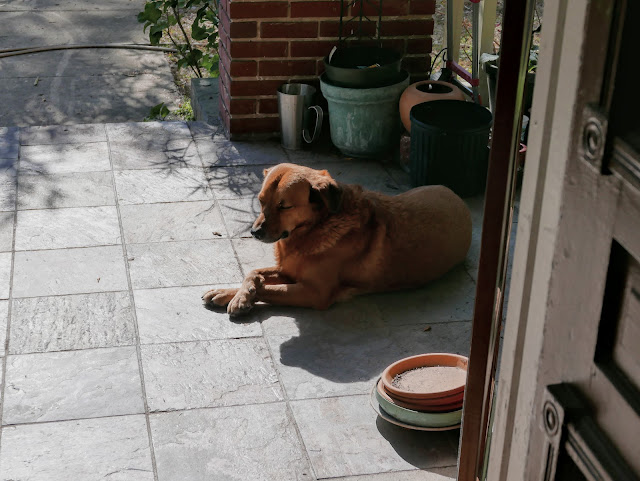 Or just laying around in the grass: 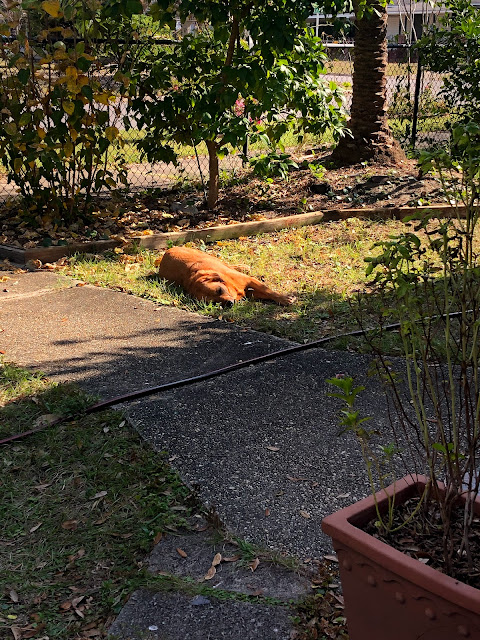 We took a walk and I found a rather interesting sand dune by accident when checking out a local landmark. It was there among the brush a fellow hum and  and his dog popped up. The dogs did not get along too well after a good tart and it soon became apparent to me that little Jock was defending what constitutes his home. 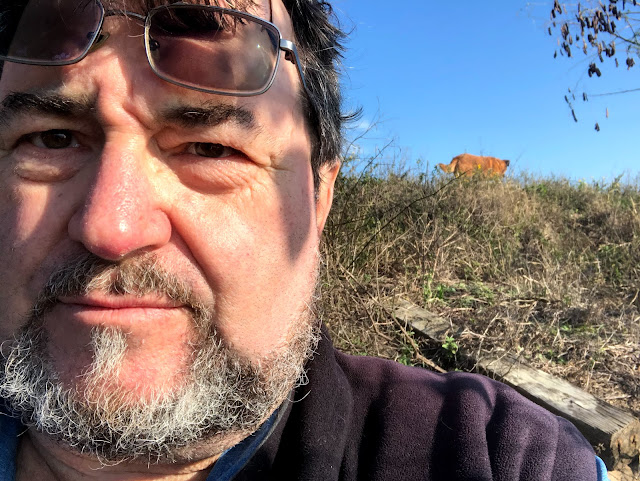 We talked across an open space and he told me he was living there, known to the police he hastened to assure me, and away from people who he doesn't much like. I liked the hermit a lot and was annoyed the dogs couldn't allow us to get closer but the conversation was pretty much over and he returned to his encampment and I went back to going someplace else. Notably past Kismet's grave, apparently a much missed dog. 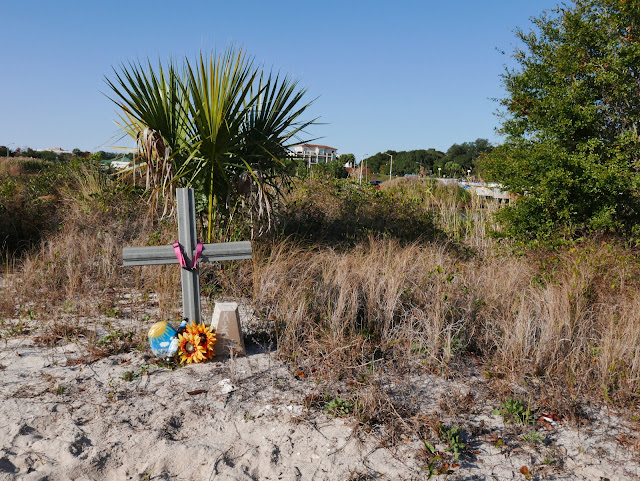 He was a laid back dude and wasn't at all freaked out by the dogs arguing which I liked. Most dog owners think bared fangs indicate a fight to the death whereas its just a sign of dominance and Rusty wasn't going to be dominated by the little dog who thought he was defending his home. For Rusty this was just a  very cool public space... 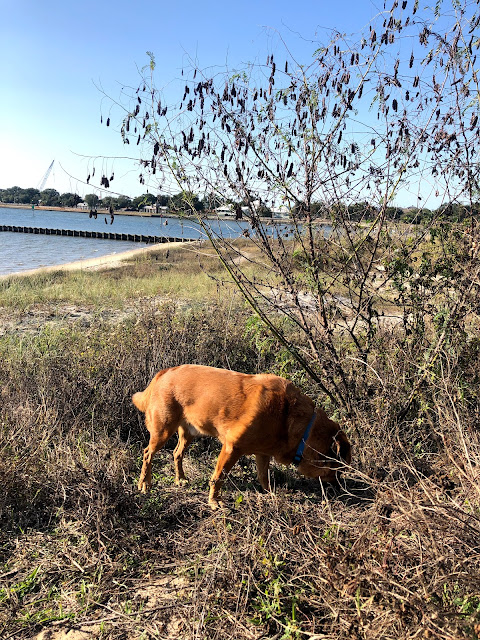 We were taking an early morning Thanksgiving walk and at the Graffiti Bridge (look it up on google maps if you like) I came across this message: 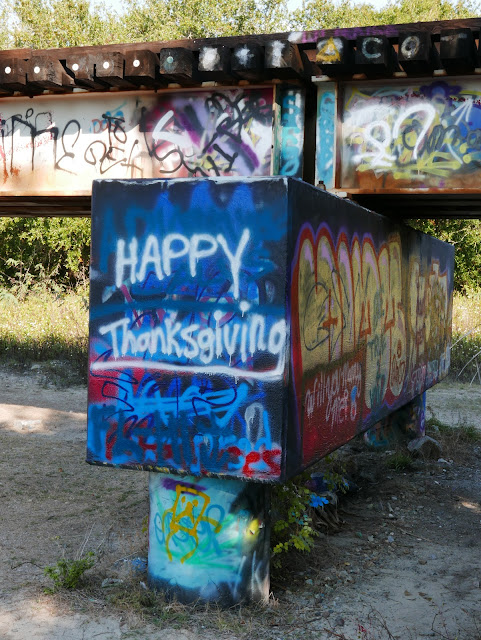 We wandered around  and eventually crossed the bridge, no train could be heard... and eventually walked the dune on the other side visible to the right in the picture: 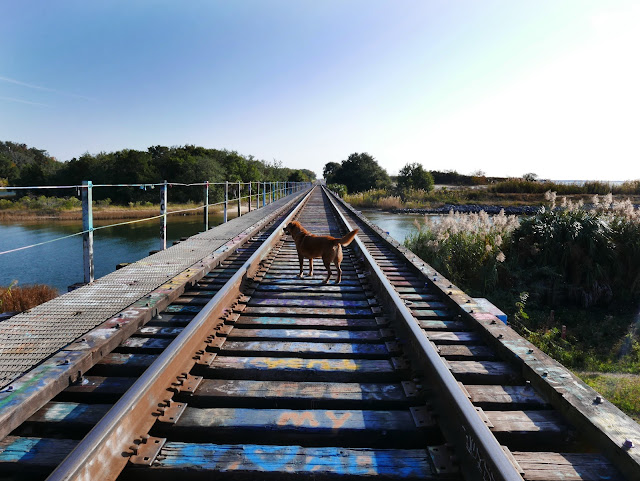 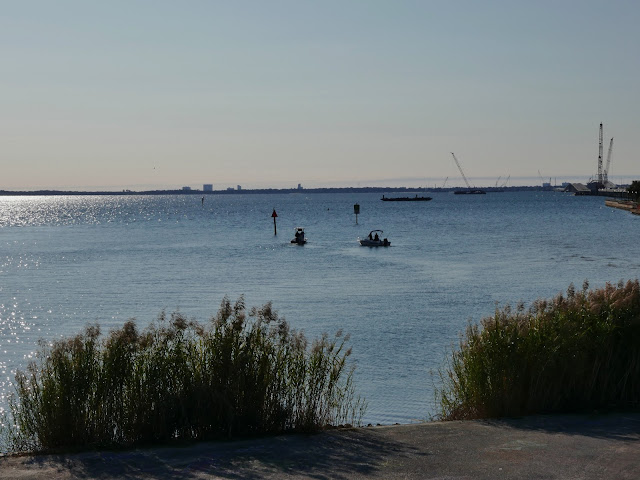 This is simply a public space where any painted message can be sprayed. Amazingly the messages are often artistic frequently boring but never obscene apparently. 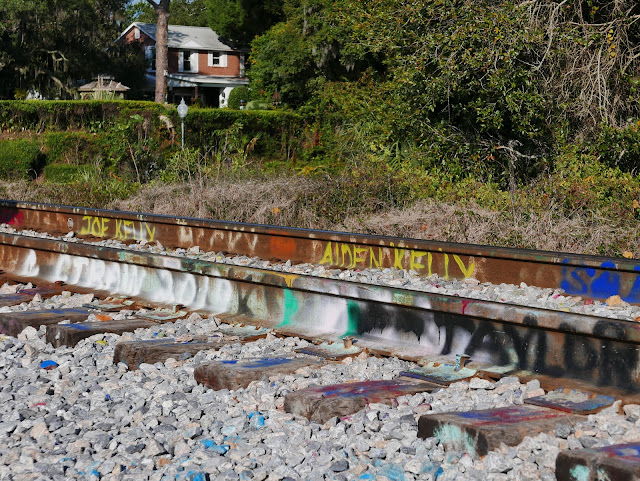 Human nature sometimes has the capacity to surprise us. 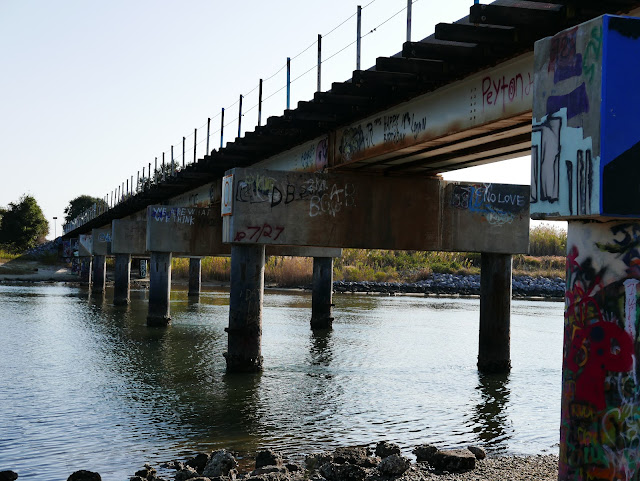 You have to wonder what it is that fascinates him. Clearly not the painting. 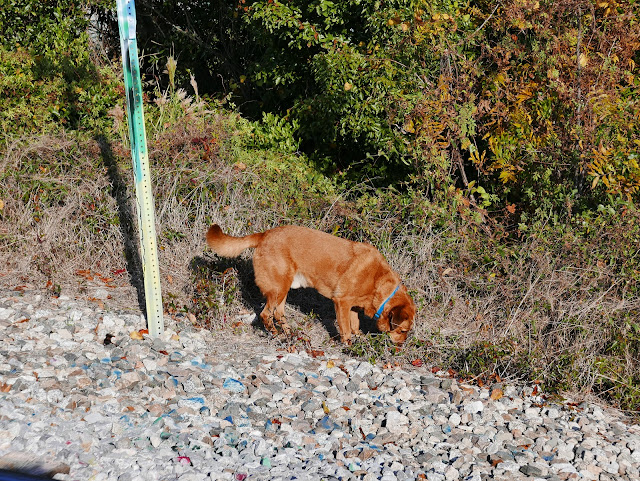 That the city positively encourages this wildness is amazing. There for all to enjoy and I'm told changing daily. 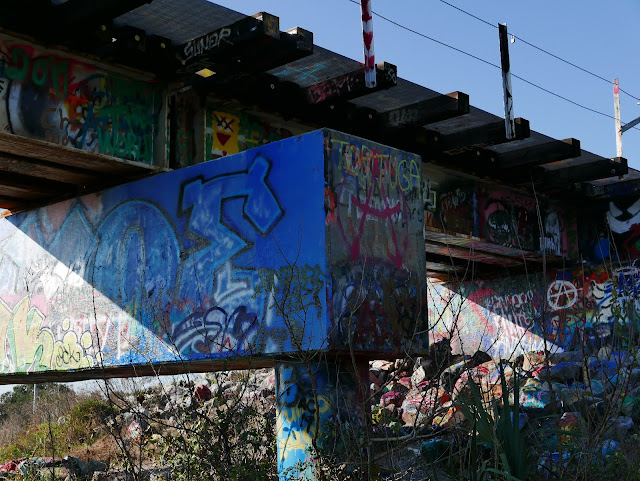 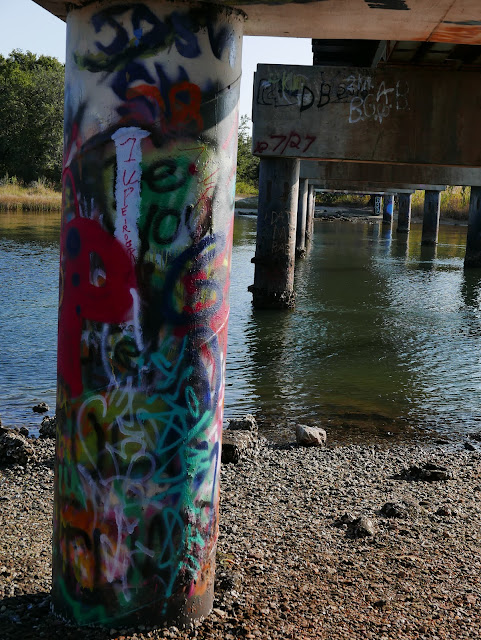 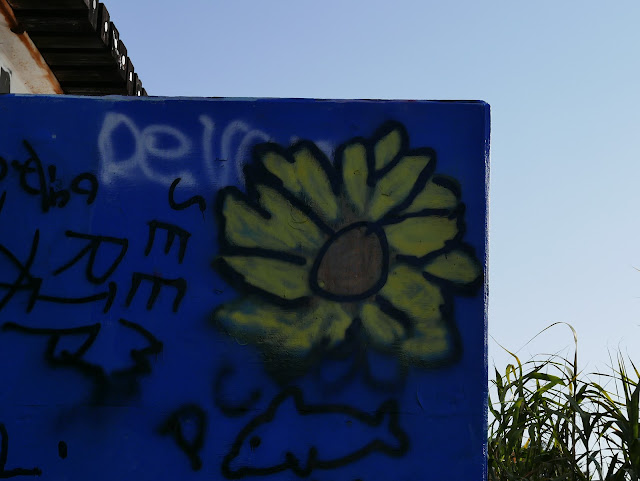 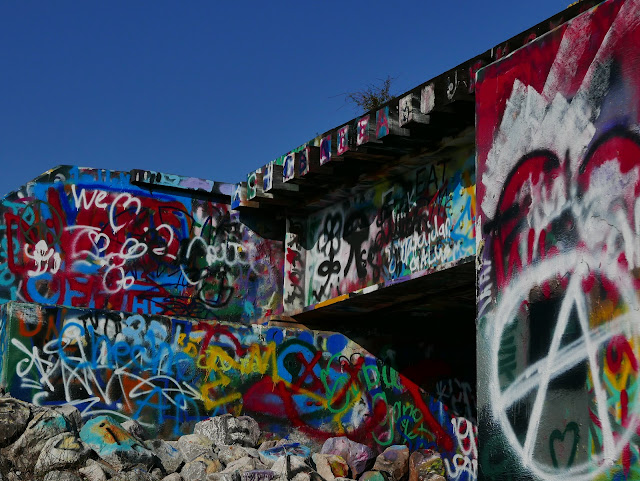 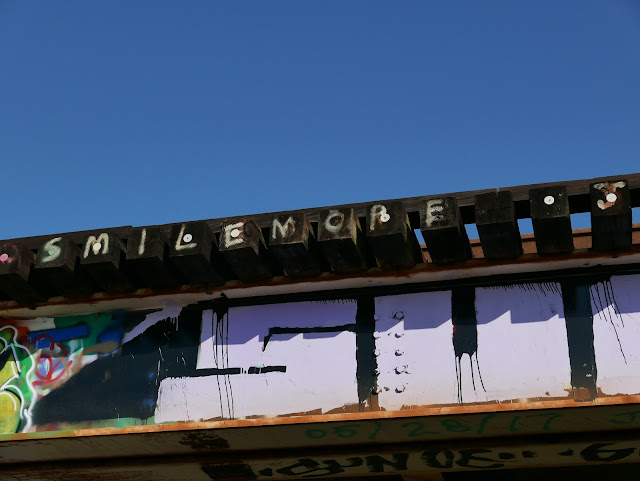 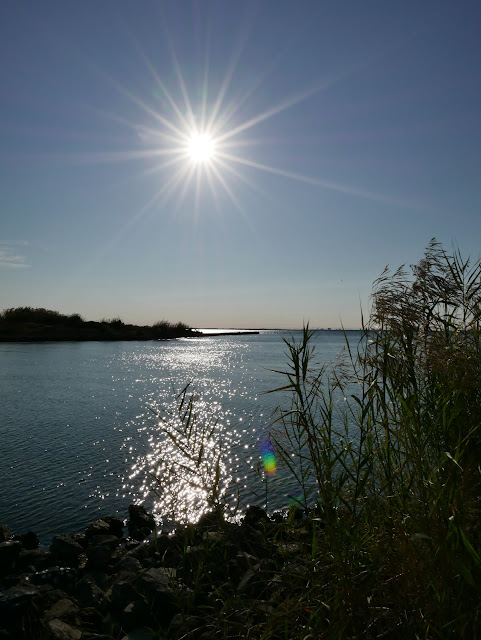 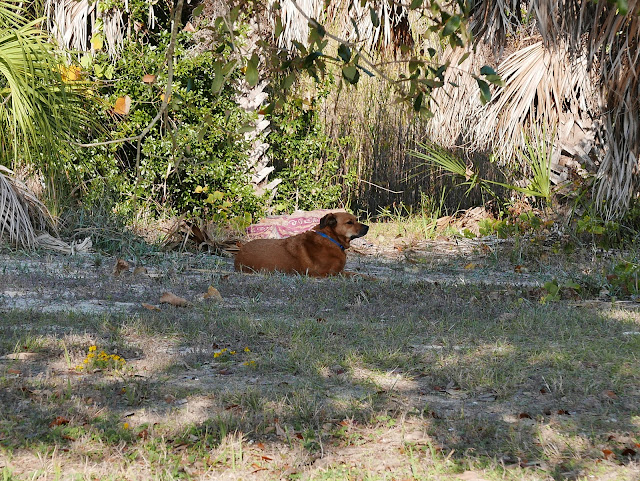 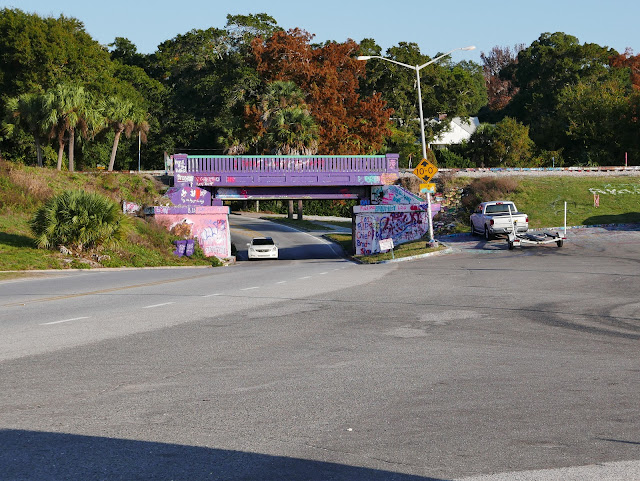 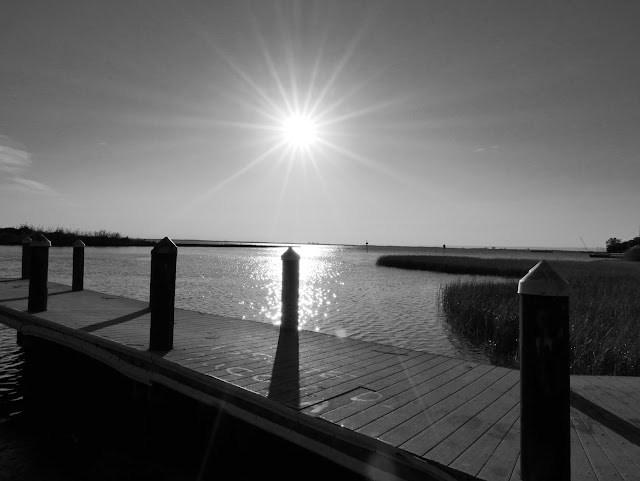