I don't know where the money is comIng from but public works are refurbishing the city all over the place. Wasn't I surprised to see the facade of the venerable county building getting a refresher. A shovel ready project I guess and it does mark Mile Zero on the famous Overseas Highway so I suppose it is right and proper it look good. 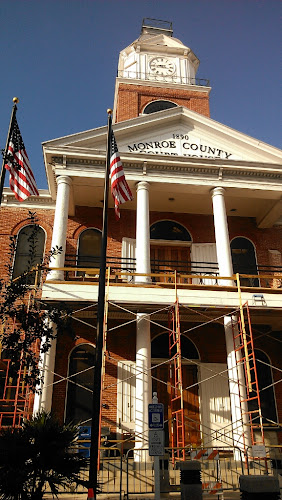 Winter is flashing by and I am feeling as though the activities of winter are leaving me behind, its time we saw a play or two at least. I come to work and then I go home and I seem to have had endless numbers of chores lately interfering with my afternoons. Yesterday I had to take my wife in to work as her car was already there from an oil change caper the day before so Cheyenne and I found ourselves downtown early in the day. It was looking good. 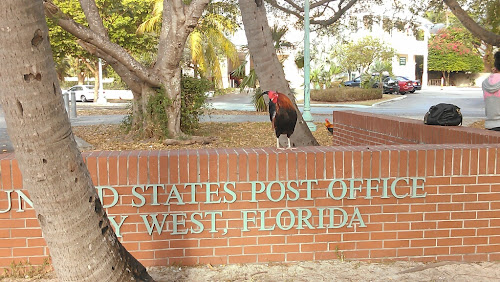 I read today that the Postal Service is trying to end Congressionally mandated Saturday deliveries. I find it ironic that Congress has mandated also that the Postal Service, which pays its own way, pay its pension obligations far into the future at a time when private corporations are dumping defined benefit plans as fast as they can and state funding for pensions is at an all time low. Yet the post office has to budget eleven billion a year to fund mandates far into the future. It's all part of the conservatives plan to wreck any cohesive social services we have anywhere and replace them with their friends' corporations. It'll be a bugger for everyone if the plan has a few unfortunate unintended consequences. Like getting mail delivered on unprofitable rural routes as the postal service shrinks. 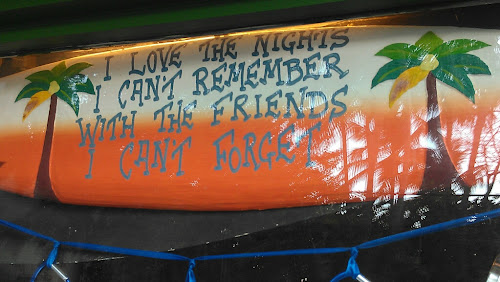 Celebrating drunkeness, tedious as it seems, is a habit around here and I suppose it is a souvenir worth taking home. Mind you someone spent some time on making the surfboard billboard. I liked the sign below off Greene Street. A doughnut shop on Eaton Street has petitioned for a license to sell alcohol which might seem an odd combination of flavors but this is a drinking town, anytime anyplace. 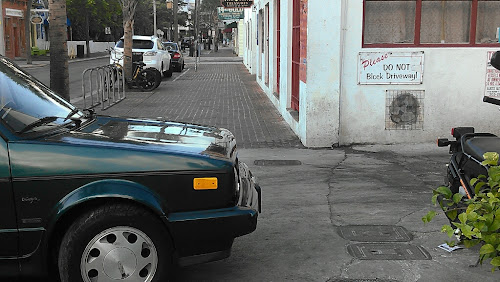 The fact is in Key West locals know what they can get away with where visitors don't so emulating an unknown car by blocking a lane is an easy way to get your car towed and that costs better than a hundred bucks to resolve. My advice is to park legally, or get a motorcycle. 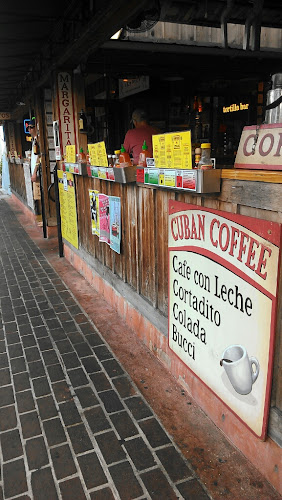 The Amigos Mexican place is doing well and is still here whichnis nice, but I notice they're offering Cuban coffees. I wonder whe. Or if Key West can ever reach saturation point with the number of places selling Cuban coffee. It was a fine day to be pondering because the sun was out and the sky was blue and there was all the promise of another unusually pleasant winter day ahead. Cheyenne was looking for places where the breeze would blow strong and the ground would be shaded and we ended up in a couple of alleys, narrow ones, off Duval. This one suffered a fire a while back: 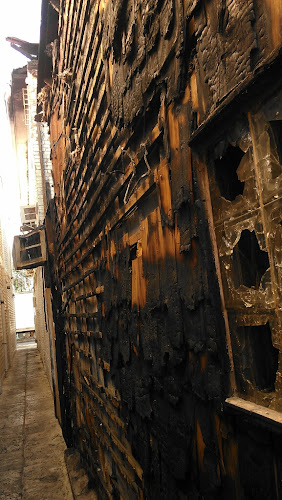 I find the signs of fire disturbing, as though an uncontrollable force had swept through the building threatening everything within. 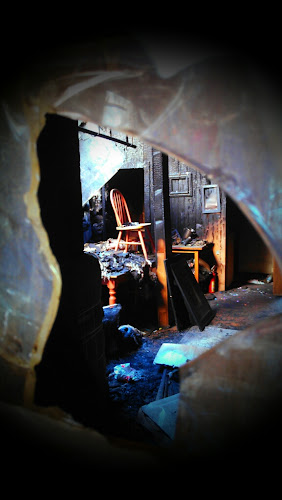 This alley, below, connecting Samaritan Lane to Duval street was cool and breezy. Cheyenne napped and I waited impatiently. There is something unfortunate about how little I have been downtown and when I get there I am doing nothing more than play nanny to my dog. 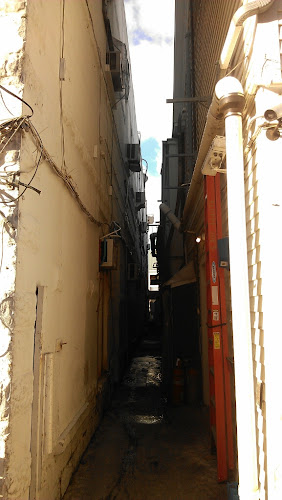 It was all alleys and back parking lots yesterday, Cheyenne led and I followed. I had half an idea to,got to Fort Zachary to cjheck and make sure the ocean is still turquoise, but it was early and I wanted to get done and get home. So we checked the space between Old City Hall and Slopy Joe's instead, and it wasn't terribly edifying. 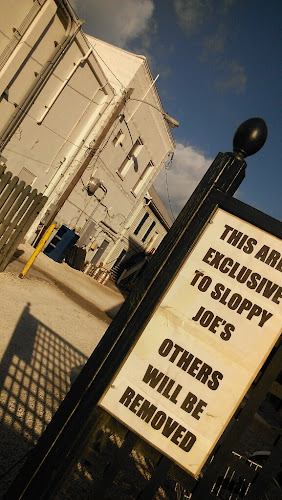 Tourist season has been busy they tell us, even though calls for service at the police department at night seem t have fallen off a lot compared to winters years ago. I also find it quite easy to park my car downtown these days. Tourism was on the agenda at the city commission meeting held in Old City Hall on Tuesday and according to the paper there was a it of a dust up between two tour operators. It seems a second group of amphibious tours are to be offered to the good people in Key West. However the original dudes sold their franchise to the new dudes, City View, who are challenging they old crowd at Historic Tours of America. Apparently the sellers of the franchise thought the buyers owed them a cut of the take or some such thing and they got undignified in public much to the delight of the paper. The city told them to take it elsewhere and went ahead with their business. It's quite the tense situation between the tour companies at the moment. The big dudes are owned and operated in part by the ex father in law of the leader of the upstart company and they are going head to head on all the toes. Quite the melodrama. This is Old City Hall, 510 Greene Street from the rear, as it were. 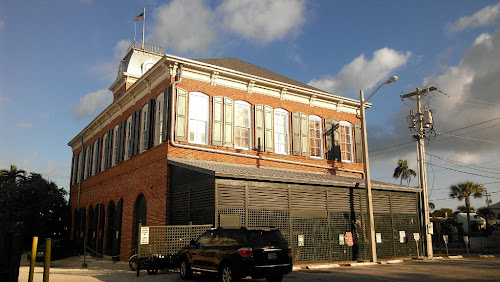 There were a ton of people outbwalkingbtheirmdogs by the tIme we Headed back to the car. I used to wonder if Key West was large enough to accommodate dogs and I have to suppose it is. Here we were puffing up Petronia Street looking for shade as we went. 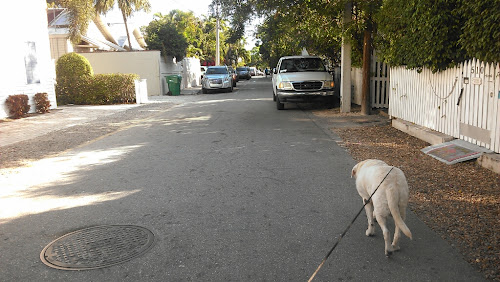