The concept of the gated community is not a way of life that would suit me(or by extension my neighbors...) but some people love it. Even here in Key West the town that attracts old people with money to it's bohemian reputation there are those who crave a gated lifestyle. That being the case you'd think an entire city that lives as though gated like Naples might suit. 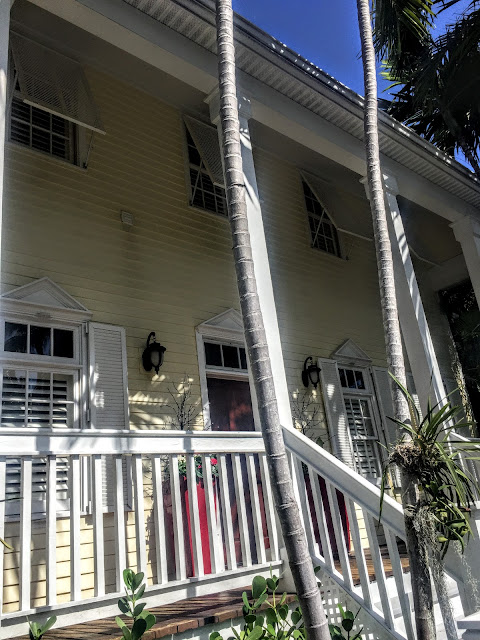 Truman Annex used to be a Navy Base and it was given to the city when deemed surplus to requirements but it has its share of history. The commandant's house became the Little White House when President Truman took a fancy to Key West. There are officers' quarters the weather station and so forth. And there are the homes expressly built for this development and they are modern homes in the Key West style. Developer Pritam Singh struggled to raise the 17 million asking price and went through noted troubles including they bankruptcy but he kept it together and went from being a homeless transient in Key West to one among its most successful developers. 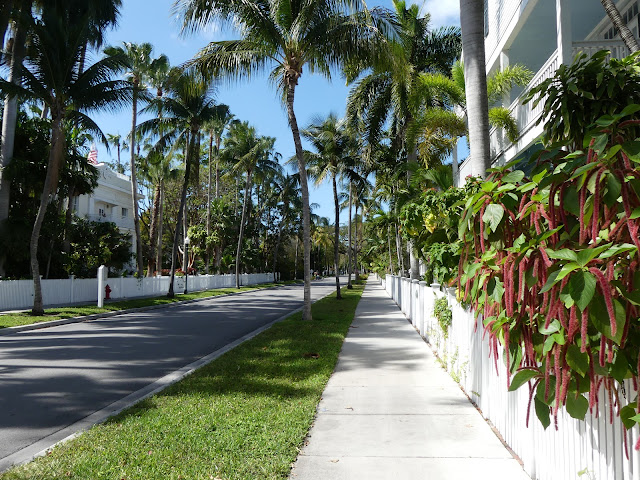 Along the way he built homes that looked the way you'd expect homes in Old Town Key West to look, wooden painted white with greenery and porches and picket fences. Robert and I were walking through the development and he posed as he said goodbye and went his separate way. 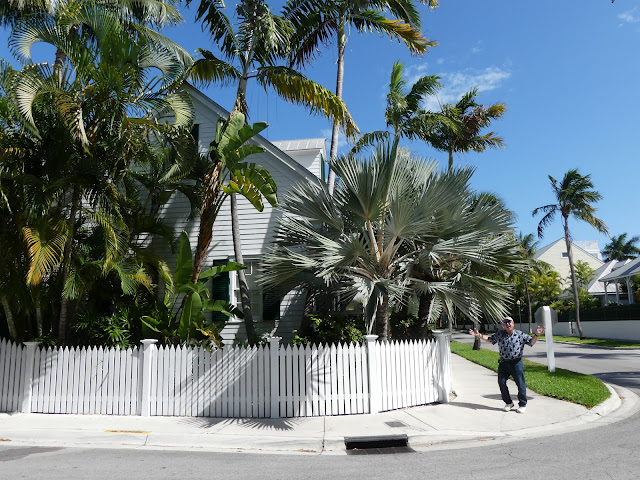 I ambled along seeking and finding shade as the trees are  two decades in the growing and they are casting shadows. I have heard both sides of the gated community concept and in Key West where chaos thrives beyond the gates you can see the appeal of chicken free clean streets and the absence of bums.There are no stores here no paper wrappers on the ground but all that convenience is a few steps away in the rest of Key West, the noisy messy Key West most people think of if they think at all of this town. 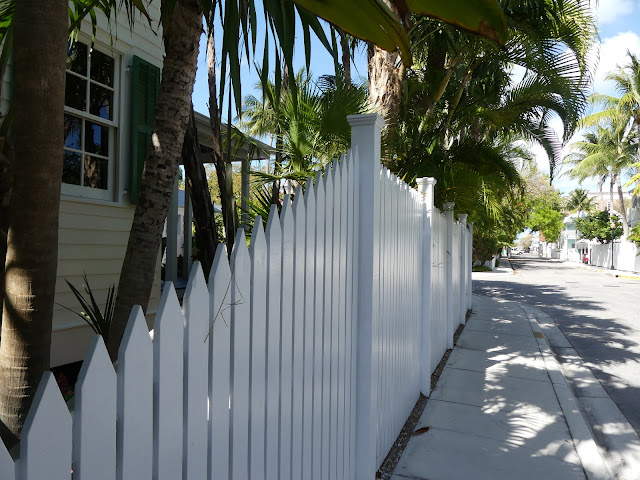 I've checked out some of the townhomes here and they are build in an odd way to maximize the number of units on each lot. The result is rather tight spaces and odd narrow living rooms and no sense of expansive living.  I guess it takes millions to buy that here. 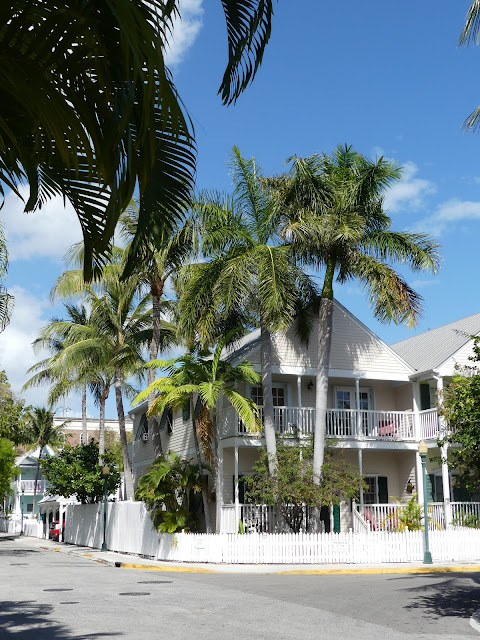 Lots of signs too forbidding everything. 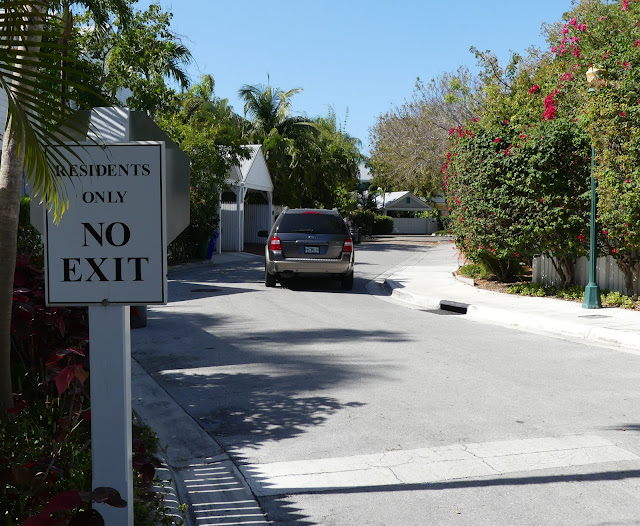 The same street names as in the outside Key West: 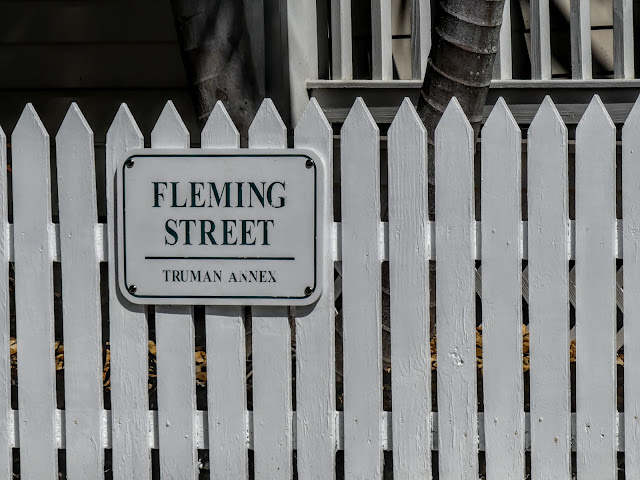 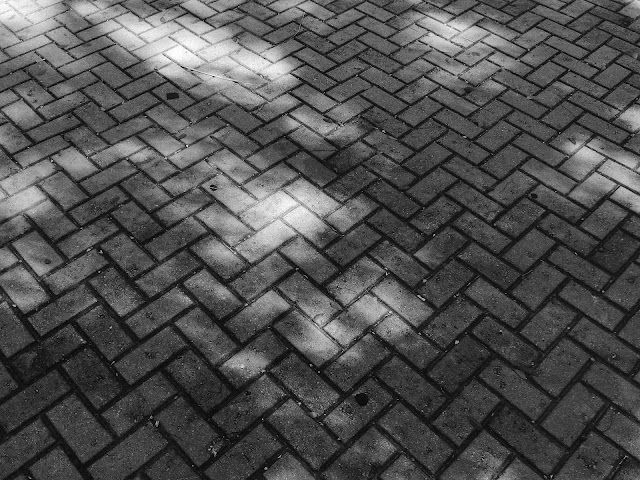 The gates opened fro time to time to allow residents' cars to escape: 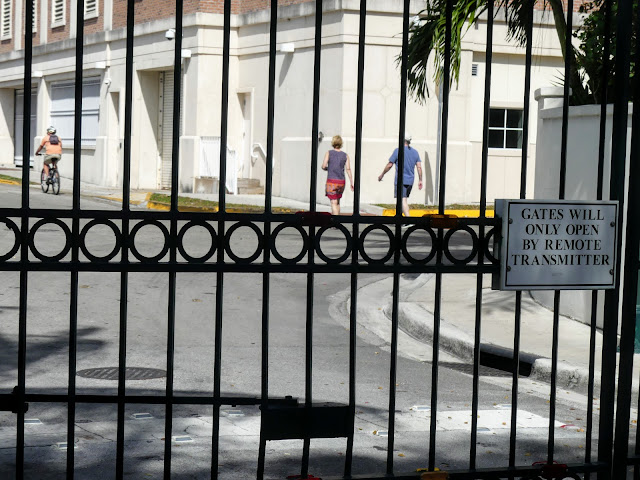 The they closed to keep vehicles out. During the day scruffy oiks can walk through the Annex as it is open to the public. 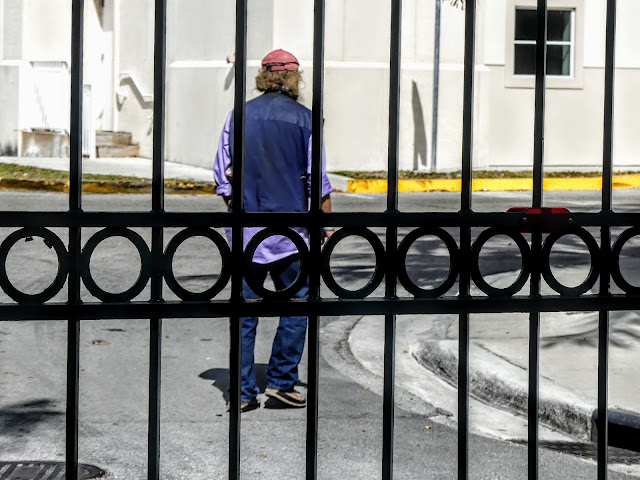 Overhead the seaplane came back from the Dry Tortugas: 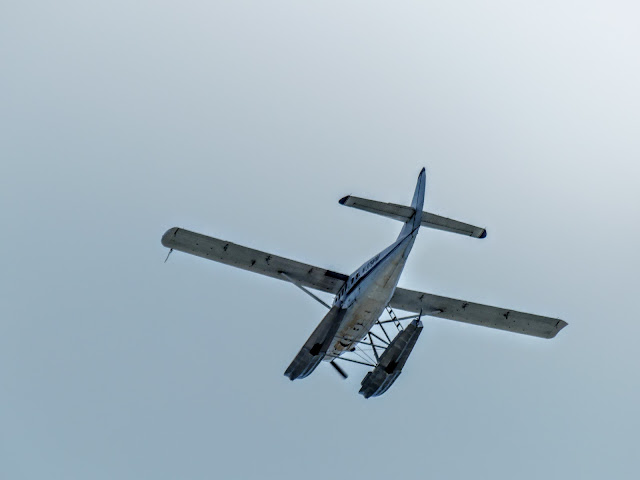 Free as a bird as they say. Or free as an untrammeled life gated inside  the Truman Annex.
Posted by Conchscooter at 12:00 AM No comments: