I  got home yesterday morning around 6:30 and it was looking dark and threatening. A normal human being after a night spent training a new dispatcher would fall into bed and a deep snoring slumber. However Cheyenne's Dad has other fish to fry first thing in the morning. 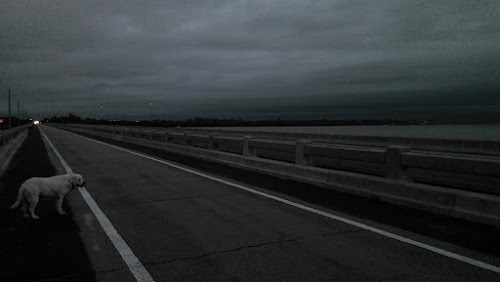 It looked like rain, as a jogger mentioned in passing, but it wasn't cold yet, the northwest wind was starting to blow pushing the previous night's rain clouds  ahead of the cold front. Cheyenne was happy and that's all that mattered. 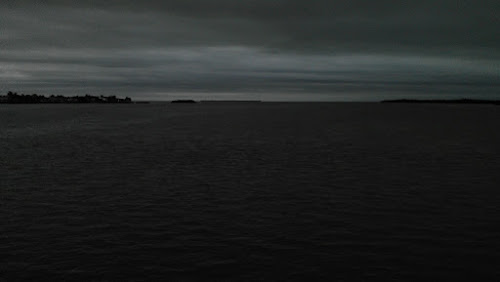 By the time I was awake and more or less alert after lunch the day was changing. Not only was there daylight but the clouds, though thick were starting to dissipate. The rain was gone, we were in the throes of a classic winter cold front. It's been years since I've seen this pattern so clearly defined and in such a strong front. 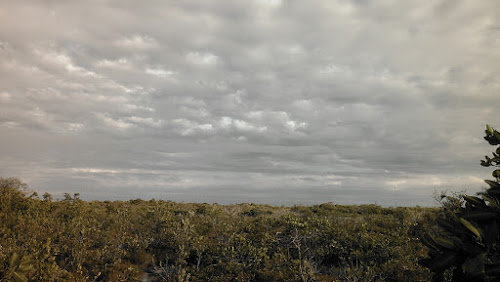 I know that Up North things are a tad more hairy, GarytheTourist inTennessee has pictures of ice, snow and all things winter, while my brother-in-law in the mountains of North Carolina says temperatures are below zero on the old fashioned Fahrenheit scale, 32 degrees of frost. Which is to say that's properly cold. Around here when Fat Albert the Blimp is on the ground you know strong winds are in the offing. The blimp used to be staffed by the Air Force, nowadays they say the migrant interceptor is staffed the weather people which sounds like a load of guff to me. Such statements make me think the secret squirrels are now in charge of our surveillance device. 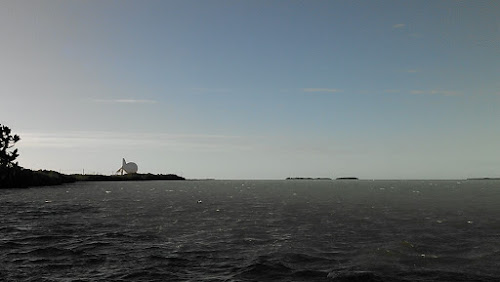 Winds are supposed to be close to thirty miles an hour, temperatures hovering below 50 at night and barely above 60 by day which for around here is very very cold. I get tired of saying it but even hard core arctic explorers who find themselves in the Keys in this kind of weather bitch about how cold it feels. For those of us who thrive in moist warm air the cold dry air of this sort of winter cold is an absolute Calvary of itchy skin and cracking fingernails. I do not like desert dry heat. I live here in part because I like heat and humidity. People who live around me and relish these cold blasts drive me insane: if you like living in a  fridge why take up valuable space here? I wonder as I look around at the lack of dirt and the cost of housing. 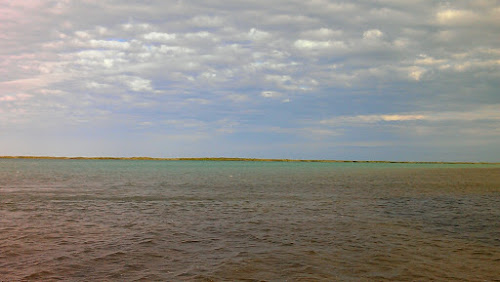 Because thank heavens most of the year it isn't like this and you can swim without a wet suit. And your back doesn't feel like a cat sharpened its claws on my delicate dry parchment-like skin.