I'm not sure how to quantify whether or not Key West is a dog friendly town. I'm inclined to think it does pretty well as there is a decent shady dog park at Higgs Beach with a fenced off field  available across town at Trumbo Road. Then there is the off leash beach just east of the Martello Tower at Higgs Beach about which no one says a word but which has a seawall and no easy access to water. Then there is also this peculiar but real opening to the water at Vernon and Waddell Streets. 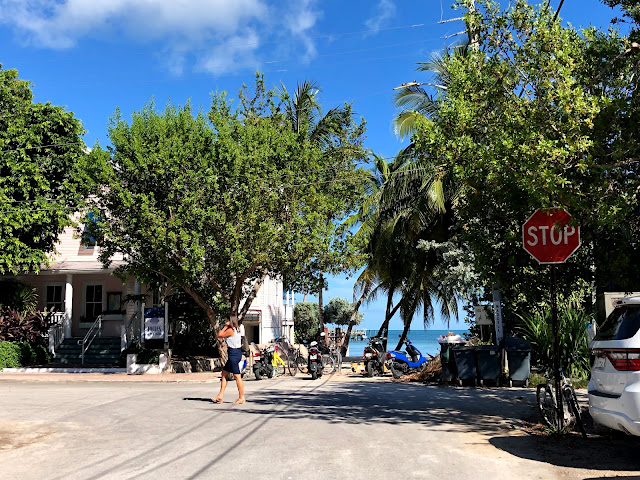 It's though it was left by default as a space for dogs after no one else knew what to do with it. Frankly I'm surprised a waterfront home didn't sprout here but perhaps in those days greed was less rampant. That can't be true but anyway it is a beach for dogs, be it ever so small. 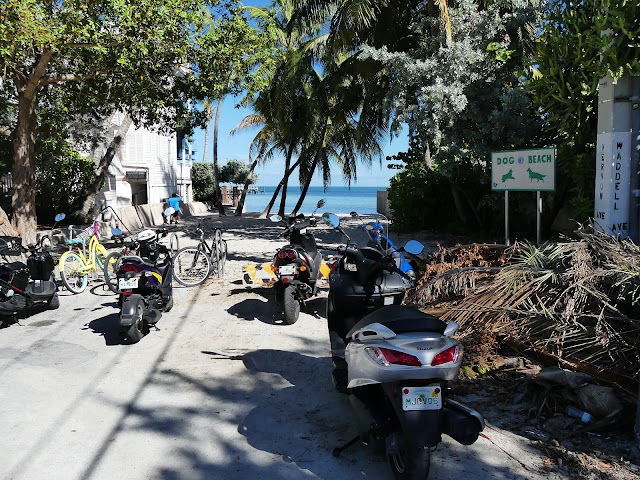 The views are splendid. 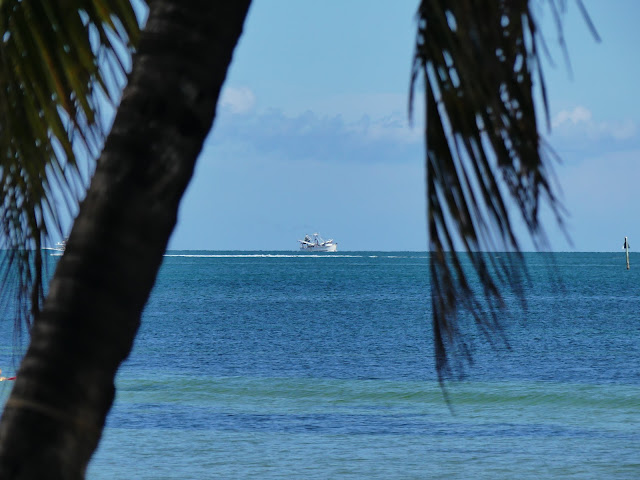 The dead seaweed is rather less splendid but that's beach life in the Keys. 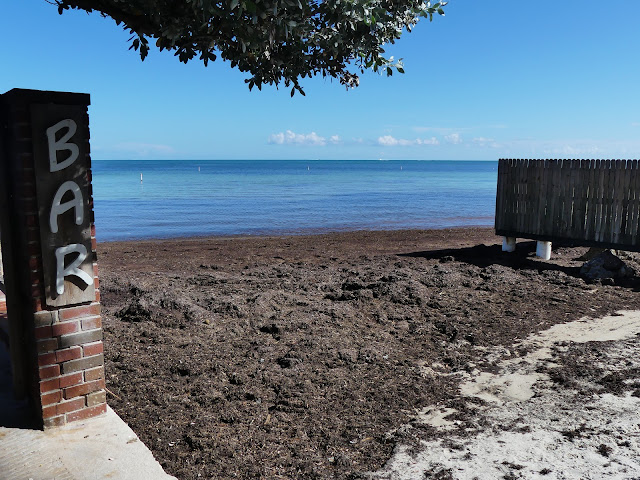 The deck at Louie's restaurant is just around the corner, a spot much appreciated by people who like Louie's. I prefer a less exalted tone than I find at Louie's,  when I am eating out. 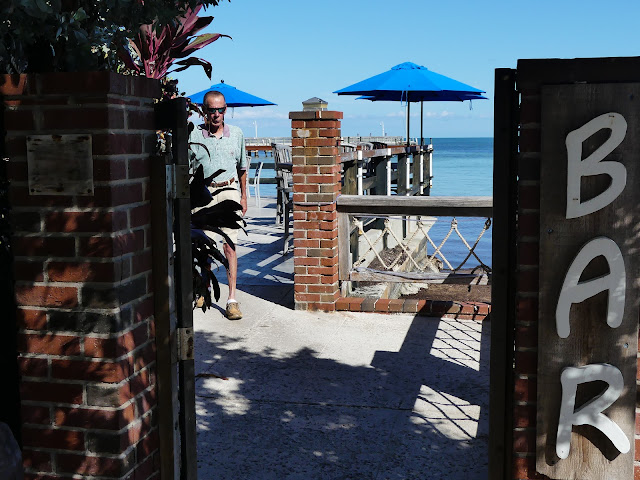 Thee is plenty of shade which is necessary in summer. 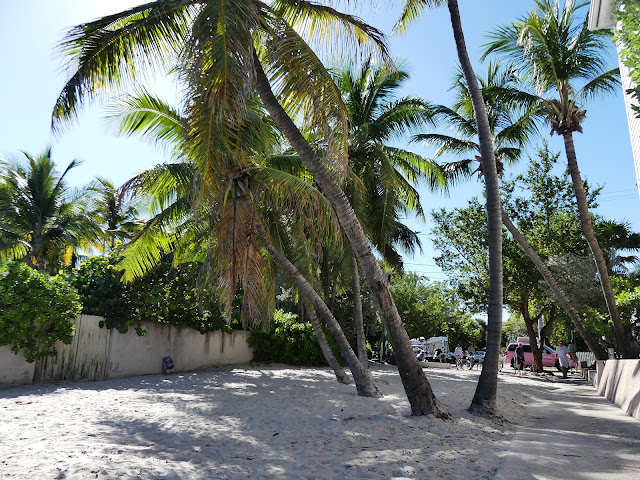 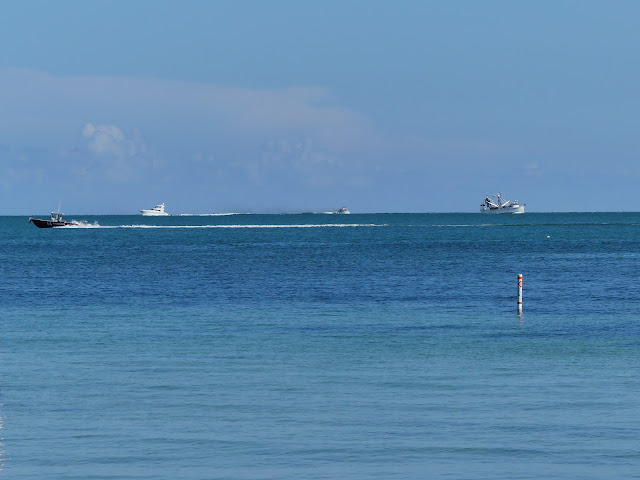 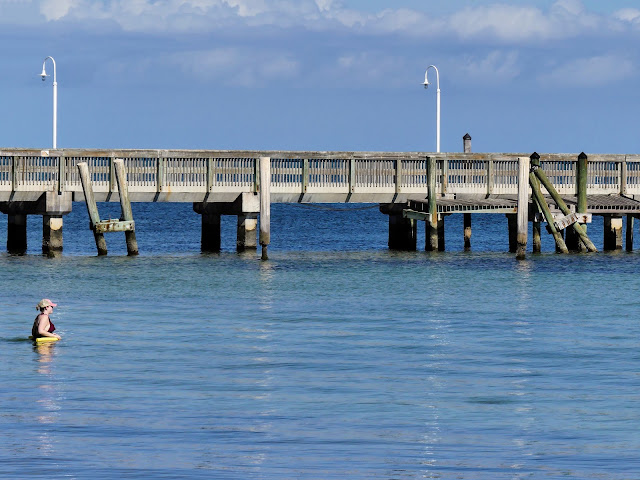 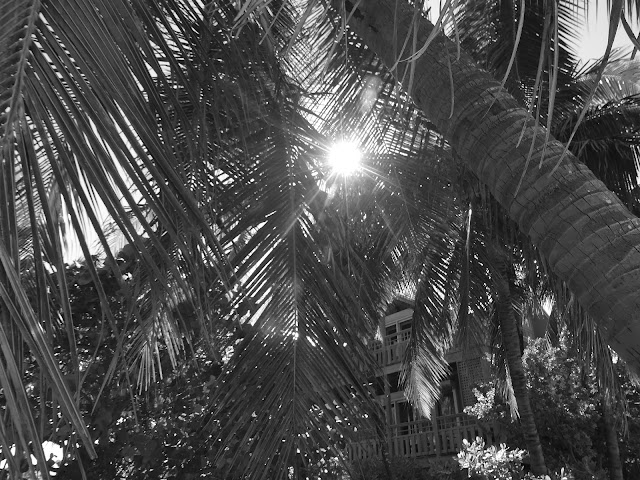 An innovation and a rather clever one too: 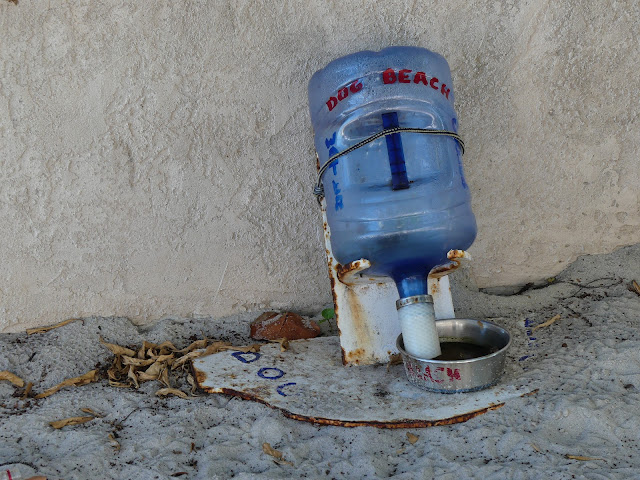 A chicken on the dogs' beach. 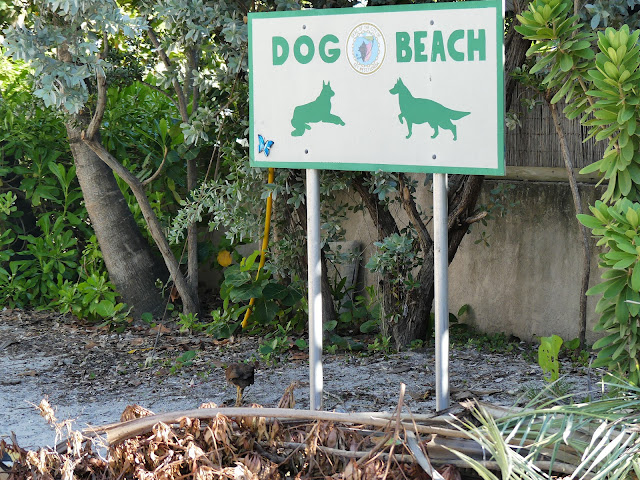 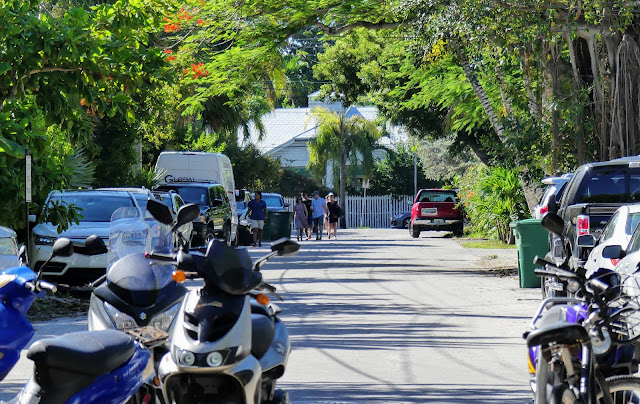