It has been noted that the rather crass pedestrian only sign planted in the middle of the new pocket park at the end of Duval Street does detract somewhat from the generally pleasing urban garden atmosphere of the place. 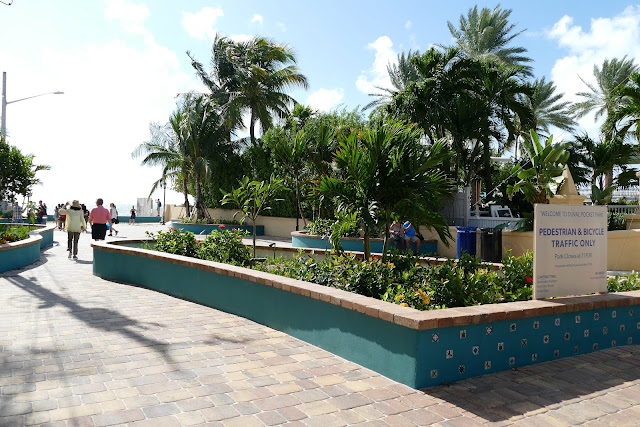 It was not always so. I took a couple of screenshots of Google Street View, nothing high resolution but on the history slider you can go back as far as 2011 though the street scene doesn't change much. 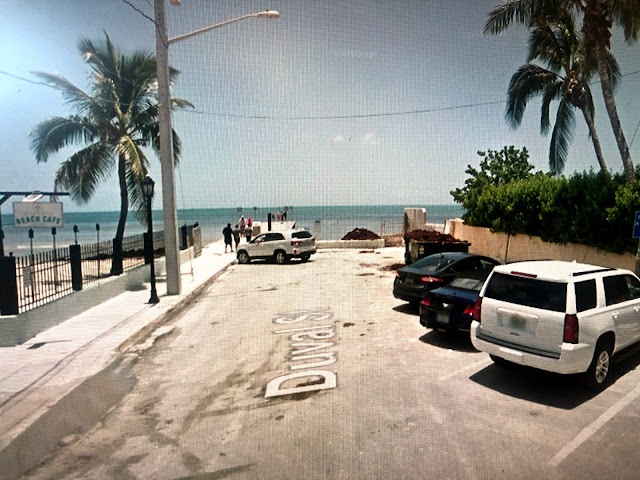 As you can see if you aren't familiar with the way the south end of Duval Street used to peter out it was a block of parking, no urban planning and a lot of dead seaweed pushed over the seawall by the prevailing wind direction. Not exactly a delight. 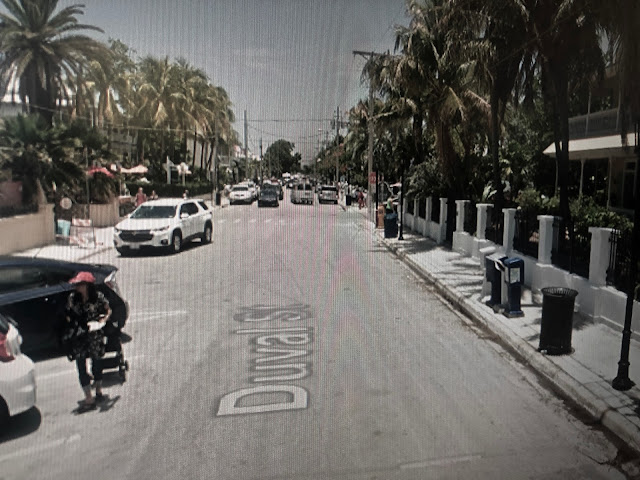 Naturally there was so grumping about the loss of parking spaces. Parking is always an issue in Key West whether it's at a tourist site or in residential zones. There is to hear people talk, never enough car parking. Sometimes though seating can be a nice replacement. I took advantage to put my feet up myself! 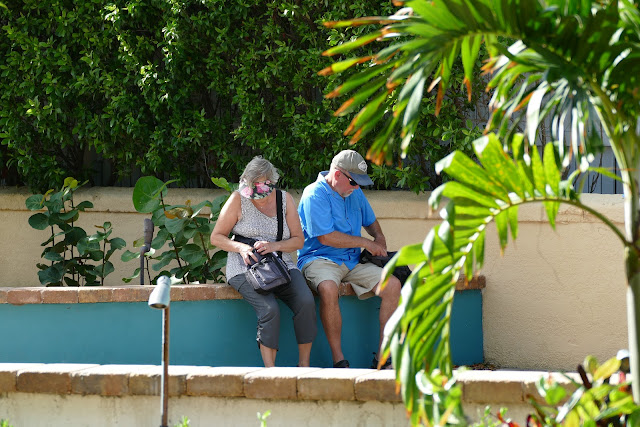 The original plans called for a public private partnership to create an outdoor cafe associated with teh Southernmost House hotel visible behind the trees to the left: 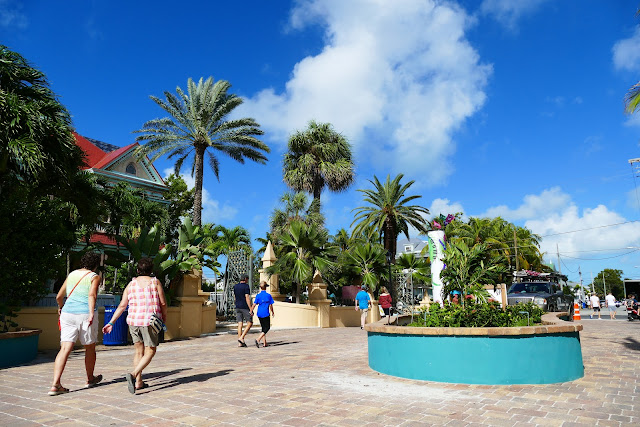 However it seems now to be a simple and rather attractive bricked walkway with raised flowerbeds and plants that will soon no doubt arch up and give lots of shade. 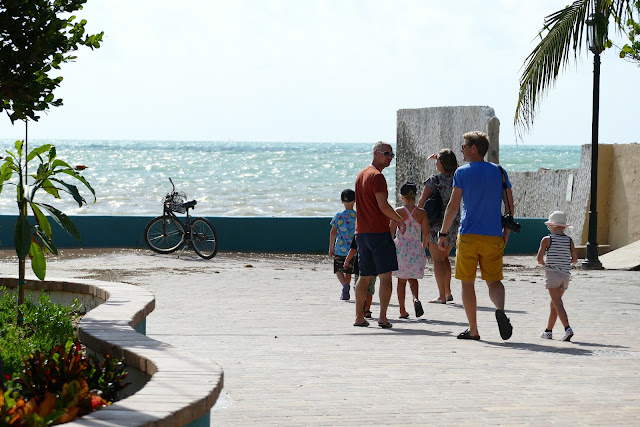 It is combined with a public cement pier that sticks well out over the water and is quite popular: 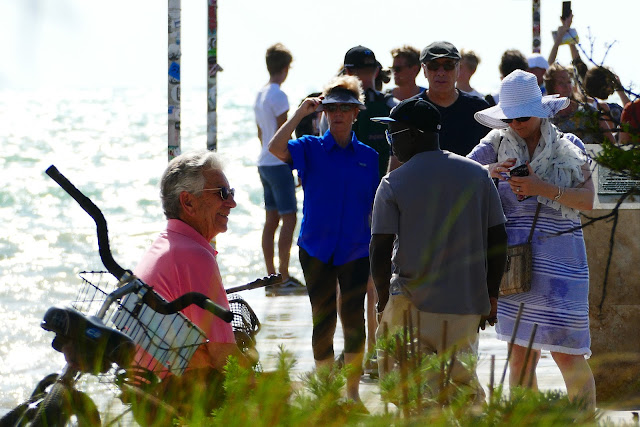 You can get some nice views here if you feel like avoiding Mallory Square crowds and performers at sunset. 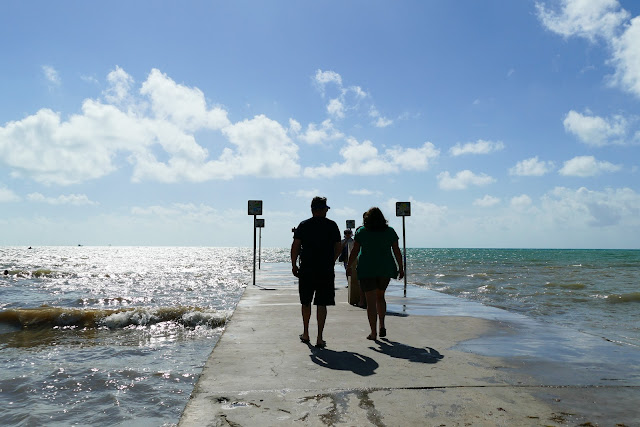 My rules, self imposed, about ocean swimming call for a first attempt when we start daylight savings time in the Spring though it is generally a bit too cool for comfort with all swimming wrapped up by the end of summer time and a return for standard time in the Fall. Tourists and hardier people from Up North ignore my feelings about cold ocean waters. 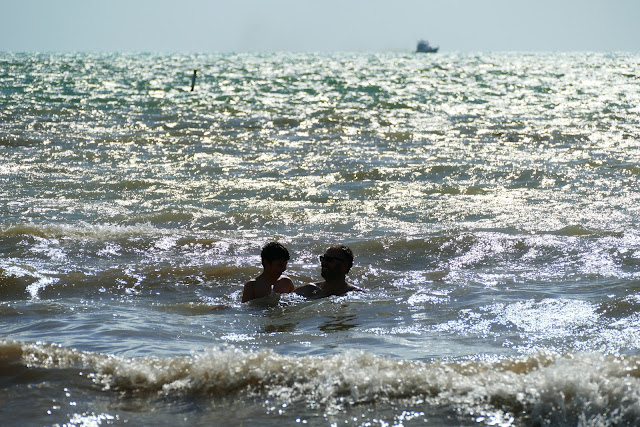 I heard it said many many years ago that an acquaintance of mine viewed himself as an 80/80/80 kind of tropical human being. 80 degrees air temperature, 80 percent humidity and 80 percent water temperature.  Sounds good to me! 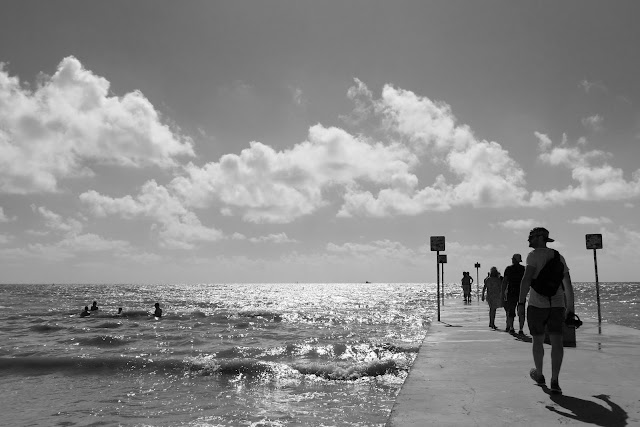 It was mildly windy when I was there which produced modest waves. The reef surrounding the southern and eastern sides of Key West are very useful barriers to building seas especially in hurricane season. The result is poor surfing conditions and not spectacular wave action photography. Oh, and limited effects from massive ocean waves crashing into people's lives during massive storms. 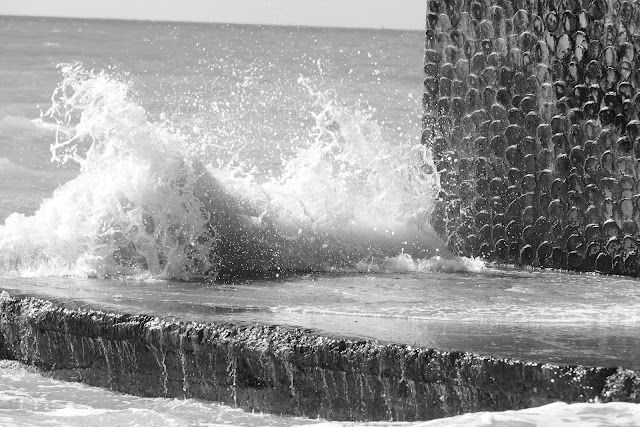 The pocket park does actually have an entrance to the Southernmost House so who knows what might develop. A scenic gate perhaps. 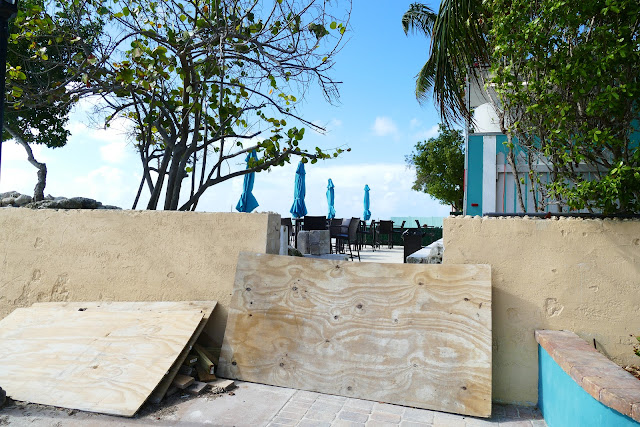 Blue on blue. I've been seeing a lot of this in one form or another: 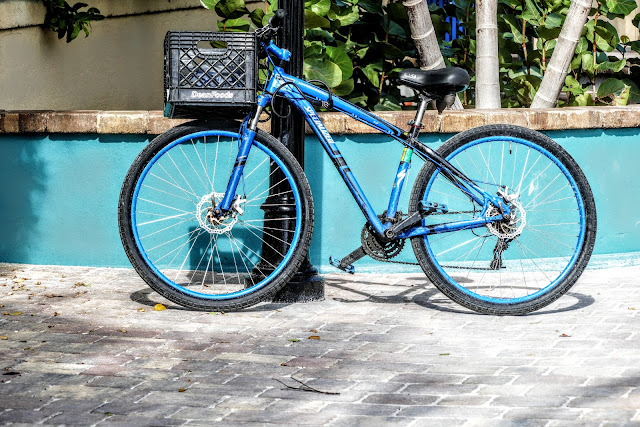 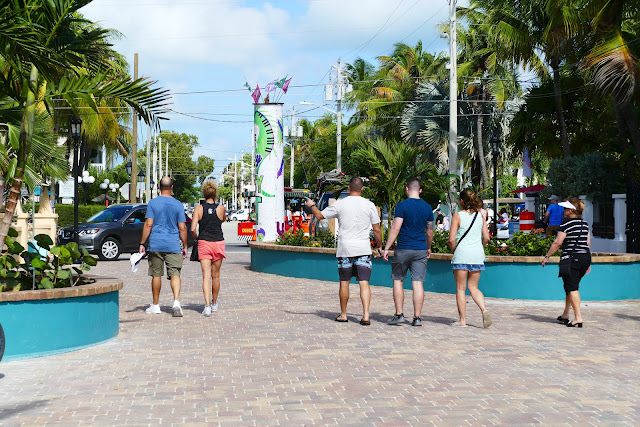 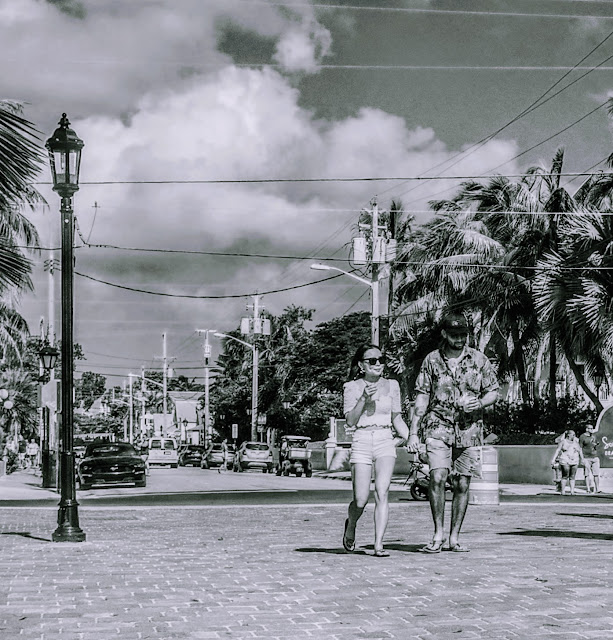 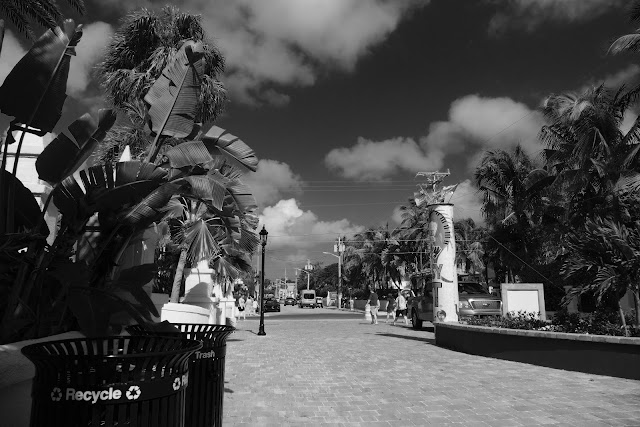 And still you see the local architecture looking over the new garden park. It must be better for them too, the new landscaping. 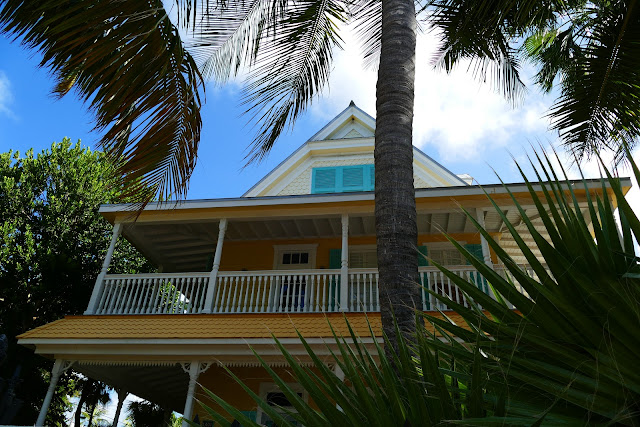