I stood on the beach and watched  a whole winter world float by. The waters south of Bahia Honda were busy, another sign that the winter influx has started to fill the Keys for the next few months. 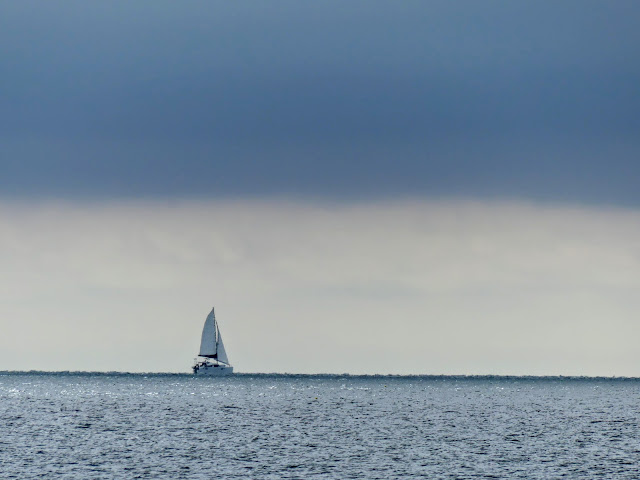 It is a relief to come out to places like this and get away from work and the crowded roads and all the people on the streets. 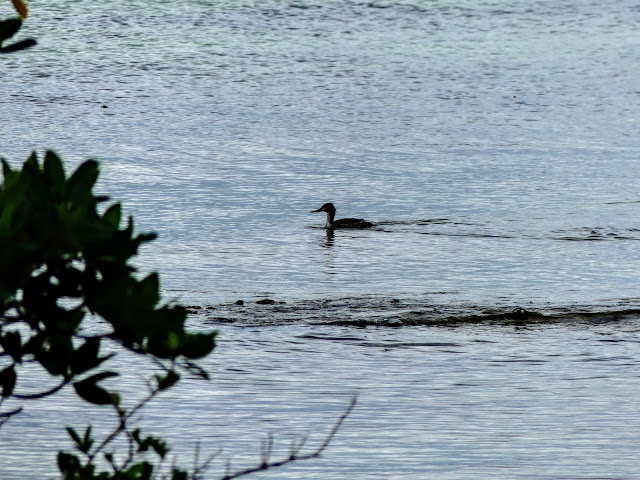 The funny thing about these places is that visitors naturally tend to congregate in one place and just a few feet away there you will find a quiet spot to walk with your dog, take pictures and space out all by your lonesome. 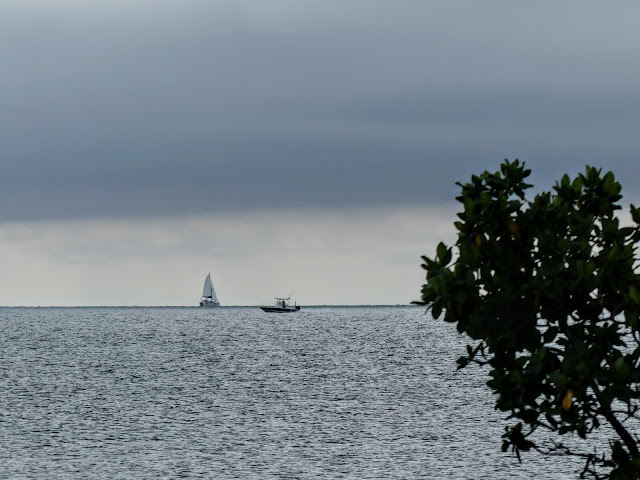 Rusty found iguana holes to inspect and I put my Lumix camera to use chasing boats and birds with the telephoto lense. 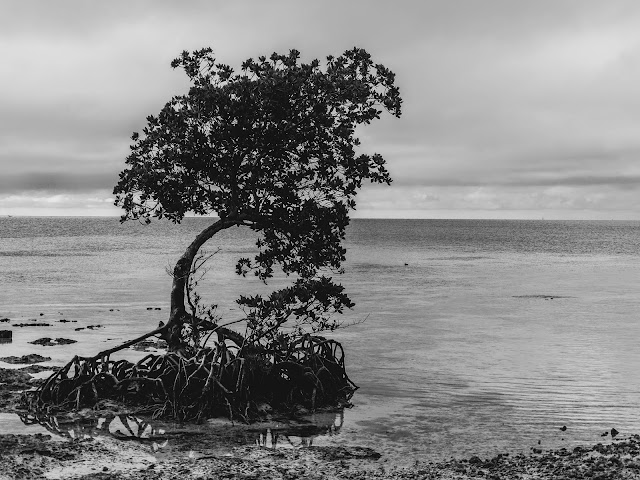 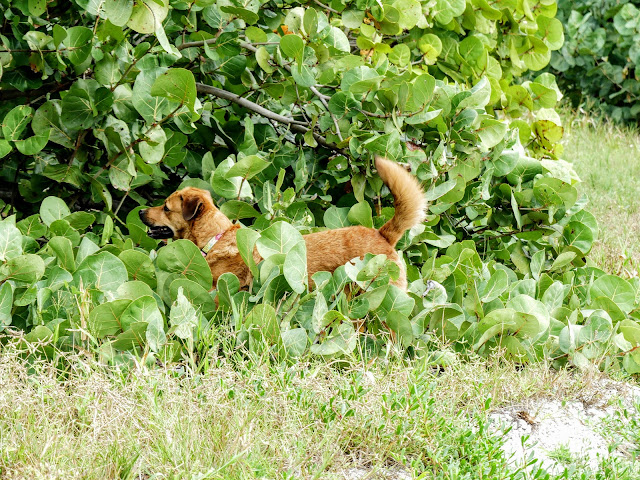 An hour of running back and forth chasing smells and he was ready to take  a nap when we got home. 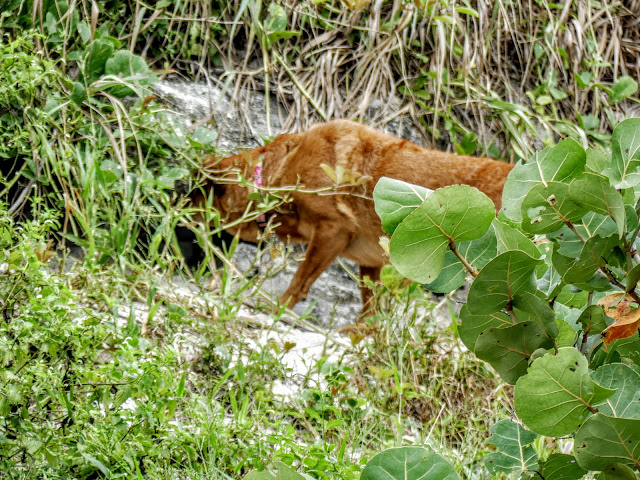 I am not used to seeing pink seaweed. So I took a picture as Rusty rustled up the bushes behind me. There was no one anywhere in sight even though a dozen cars were in the parking lot right off Highway One. 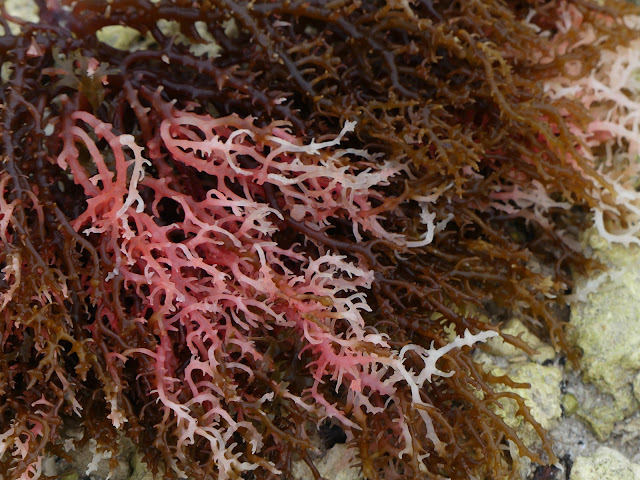 Then I saw the cormorant paddling along the shore and I thought to myself, small bird big ocean. 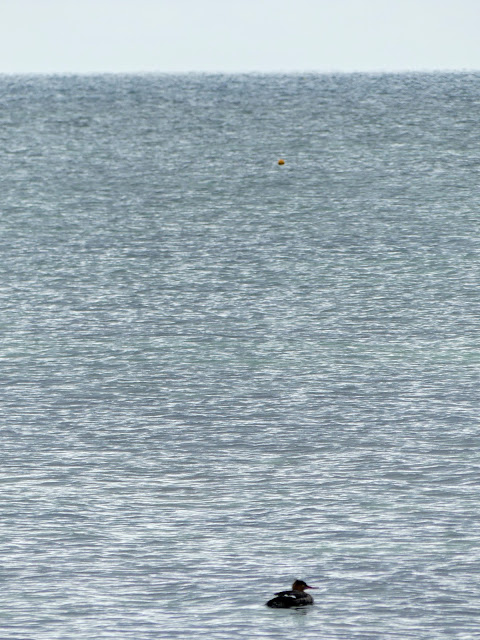 The old Bahia Honda bridge, over a hundred years old in fact, still stands and looks great in pictures. I know I have taken variations on this picture before and I am pretty sure I will again.  It is an extraordinary structure no matter how many times you photograph it. 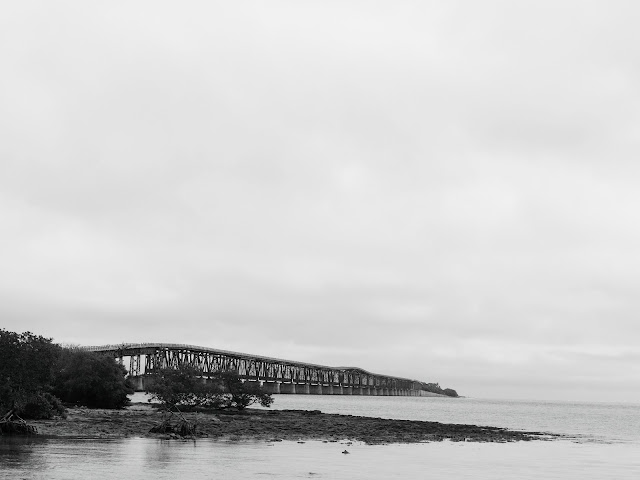 I thought I blew this picture but the FZ330 Panasonic made a picture I did not expect to get. 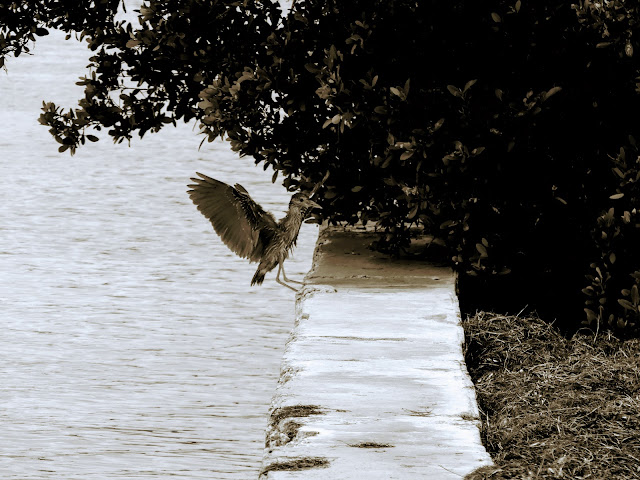 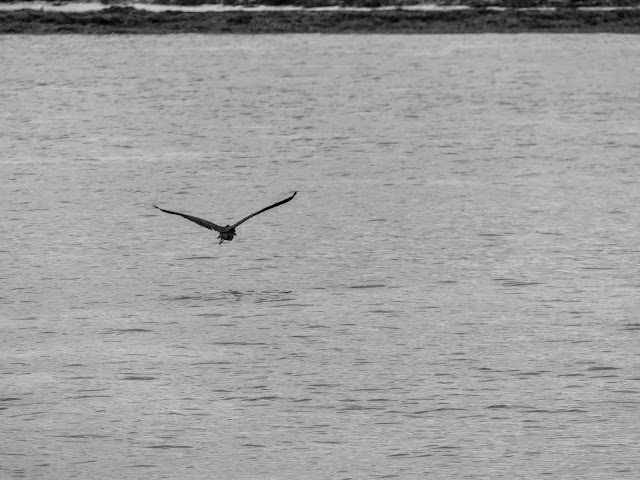 I saw what I thought was a car exhaust under water. On closer inspection it was a waterlogged old boat fender and the rope it had been tied to... I wonder what the story was? 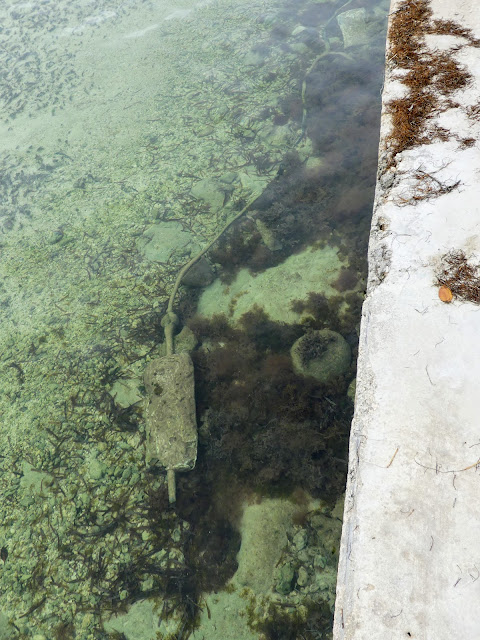 This barge was actually a sailing catamaran with its mast on deck. Another story there too, especially if the mast lowering was involuntary. 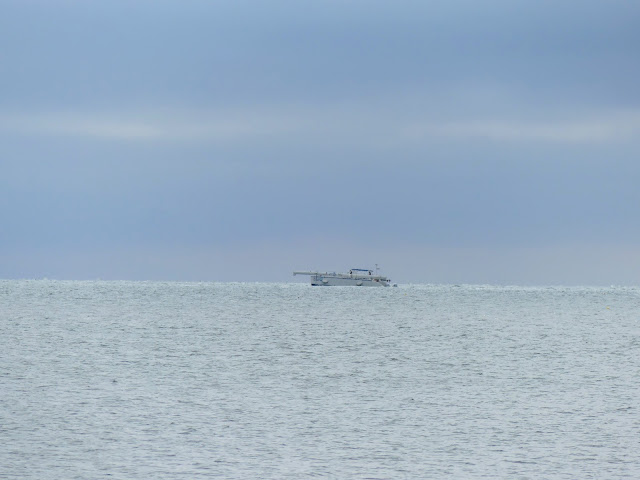 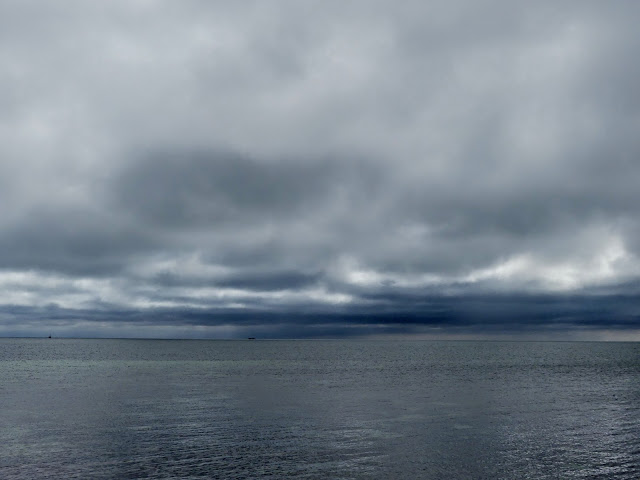 We don't seem to get strong cold fronts anymore with powerful winds and rain and roiling clouds and plunges in temperatures. Everything is relative but a drop from 82 to 65 in the space of an hour, especially around here in the sub-tropics, is pretty dramatic. 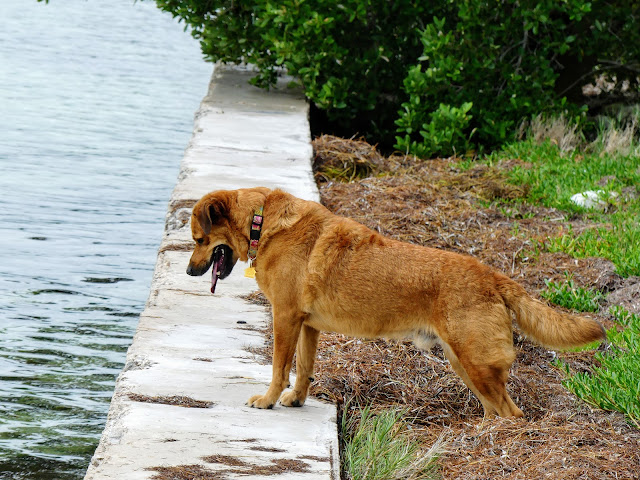 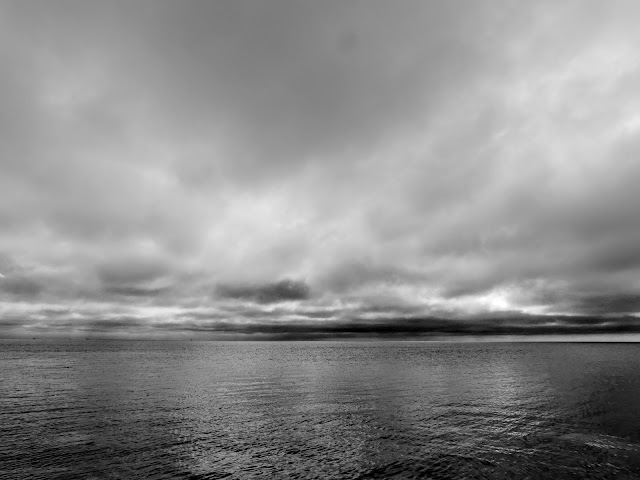 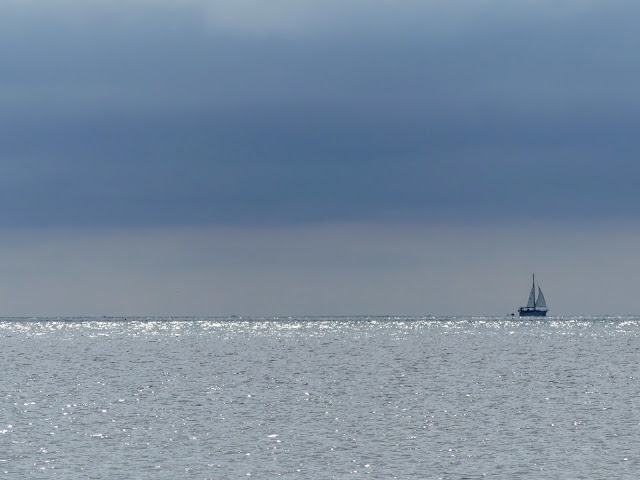 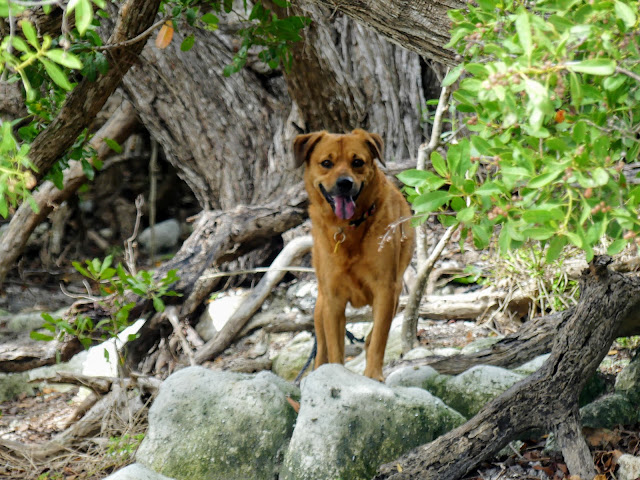 The lobster carapace put me in mind of lobster mini season and that's something I don't much like. It's two days when anyone can dive for lobster supposedly under strict limits and conditions (no air tanks, no spear guns, not in residential canals etc...) but it turns into a massacre the week before commercial lobster season begins. 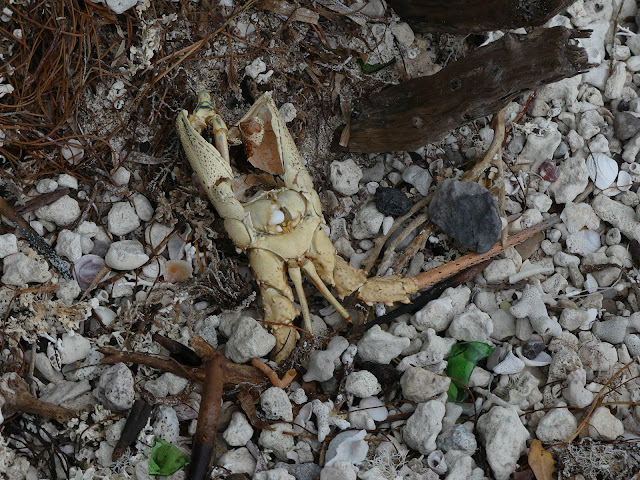 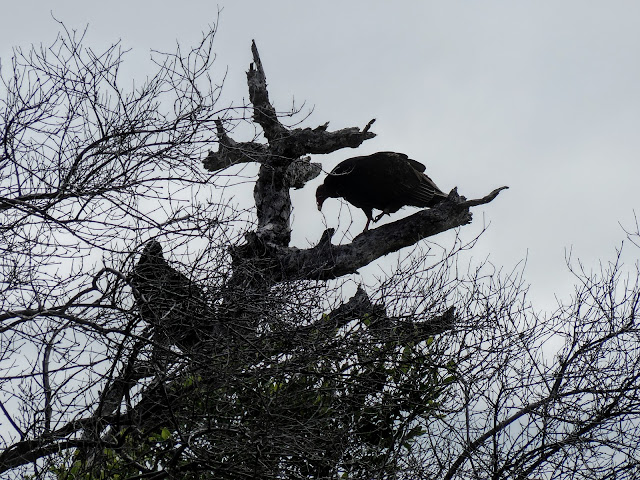 ...lay there panting to get his breath back. 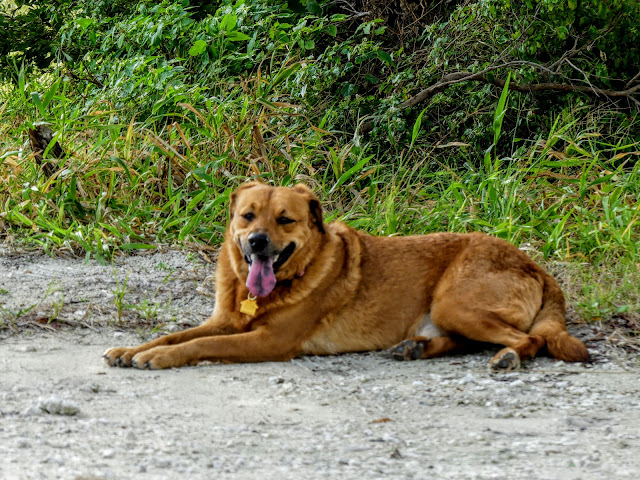