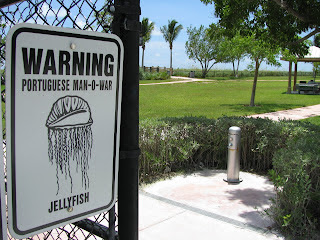 Marathon is a city I have wanted to photograph but I have lost my nerve. I don't know it very well, I don't eat out there much or shop, I've been to the movies there a couple of times. I guess its greatest draw for me is the convenient layout of the Home Depot and the grappa I can buy, Italian brandy, from the super slick deli and liquor store wedged between the gym and the Post Office on Highway One. Because we work in Key West even though my wife and I live equidistant between the two cities, we shop mostly in Key West, not Marathon. 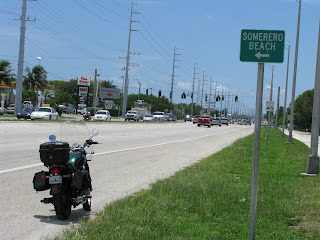 The fact is, Marathon lacks the cute factor, as you can see in the photo above. It's a city incorporated almost a decade ago on a wide spot along Highway One, a four lane strip mall with none of the Old Town, greenery, or big city pretensions of Key West. It is an excessively long strip mall and compressing an essay about it into 20 pictures is more than I can manage. So, I have decided, like the man faced with the problem of how to eat an elephant, to chew it off one piece at a time. First the beach, later the highway: 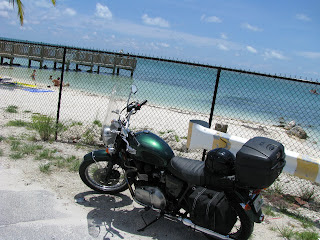 Sombrero Beach Road runs due south from the city's main traffic light on the Highway, there is a Bank of America on one corner and a Tom Thumb inconvenience store on the other, and from there its a two mile ride through Marathon's more chic neighborhood, past the High School to the beach. 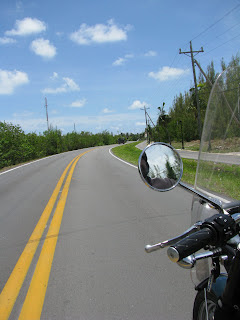 The road dead ends into a large parking lot lined on one side with massive homes: 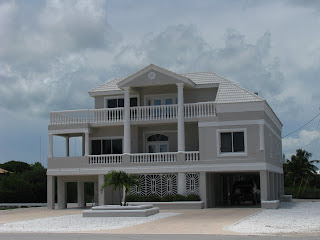 And on the other by the beach itself and it is a fine beach, by Keys standards: 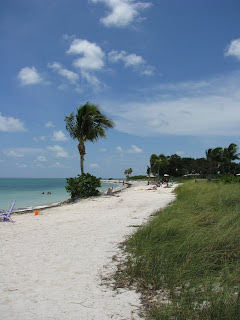 In creating this recreation area Marathon has gone all out, including lawns, picnic areas, clean usable toilets and its even dog friendly, provided they are leashed and you clean up after them. Its filled with environmental messages about turtles and it offers views out across the Straits of Florida, almost to Cuba. Little wonder its a popular place, with young people: 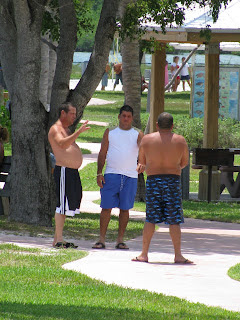 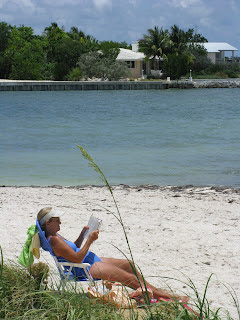 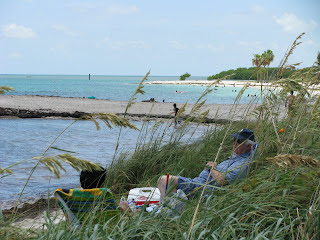 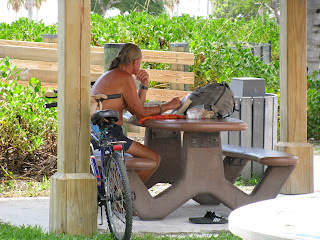 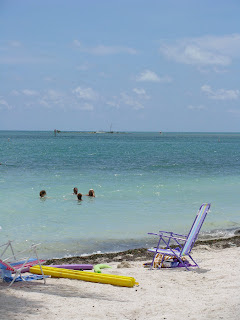 So all these Middle Keys people are enjoying all these rather decent amenities in a free park the like of which Key West cannot boast: 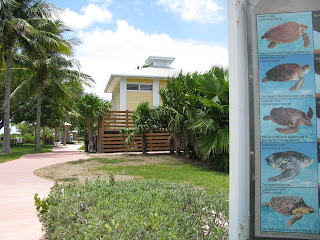 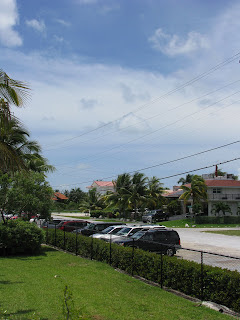 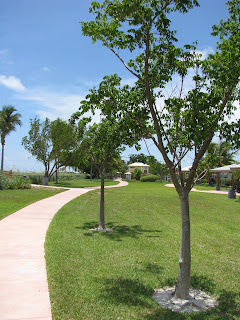 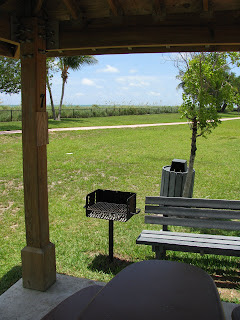 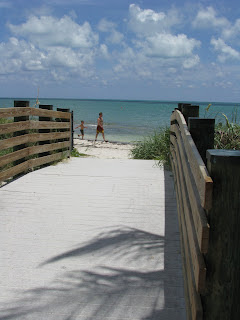 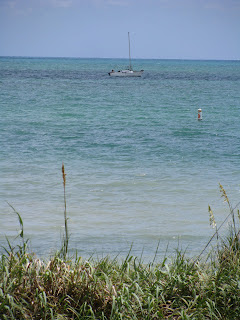 All of which is a tremendous encouragement to stay and linger awhile, which I may well come and do later when school is back in session. Instead, photos taken, water fountain drunk from and its back in the saddle again to the next self imposed assignment: 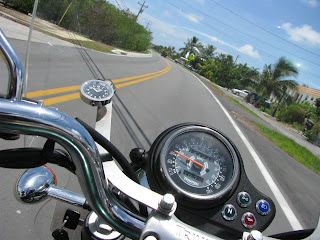 Under a sunny August sky.
Posted by Conchscooter at 12:01 AM

Sombrero beach is one of the "hidden gems" of the Lower keys (well, I guess middle keys, isn't Marathon mile marker 50?). Thanks for taking pictures of it, it brings back fond memories (of last year, hehe). The PMOW warning is too true, as we found out a few years ago. I seem to recall signs about not taking the Conch that inhabit the beaches as well.

It might not be said enough, but thank you for letting us wannabe FLKey'ers live vicariously through your essays (as the song goes, some day I will).