The Western Union schooner is back at her berth at the seawall at Key West Bight. And very pretty she is too after her refit. The boat I mean; the stranger just got in the way of the picture. 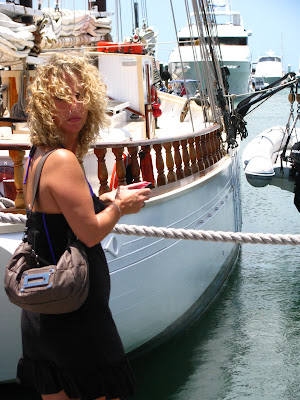 The Western Union was first launched in 1939 and spent the next three decades as a working wooden schooner laying and maintaining telegraph cables between the Caribbean and Key West. The old cable hut that connected Key West to Havana is still visible today next to the Southernmost Point buoy. 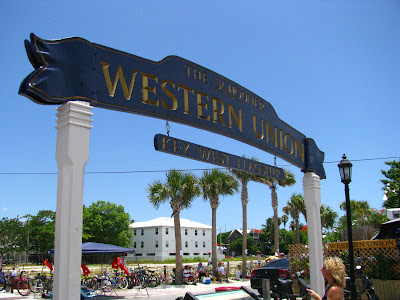 Things went downhill for the boat after being discharged by the Western Union company but Historic Tours owned the boat for a decade until a major refit was called for and the crew was summarily dismissed. 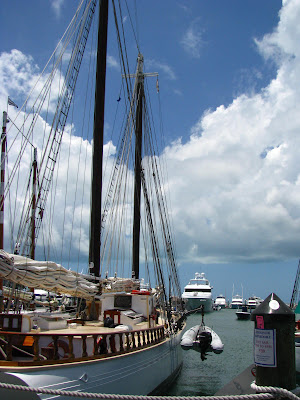 After the abrupt shutdown in 2007 Historic Tours donated the boat to the not for profit Preservation Society created to restore the boat and return it to service. They did the work, raising one and a half million dollars and spending years on the restoration which appears to have paid off handsomely. 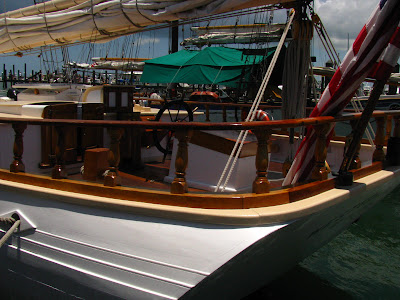 I have never actually sailed on the Western Union though I have been out on other schooners and I figure I will have to give it a shot because I enjoy the view from the dock. 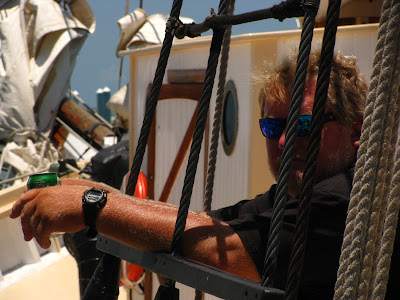 When I sued to work on the waterfront I knew youngsters who crewed on the Western Union and I remember envying them their youth. They didn't get paid much but they lived on board many of them and enjoyed being in the heart of the action on the waterfront in Key West. Theirs was as close to a piratical existence as one could imagine in the 20th century. 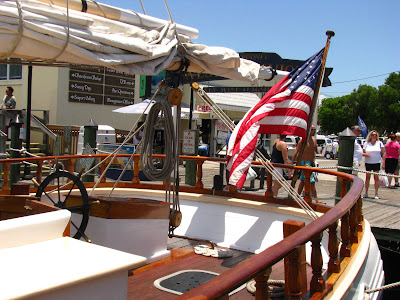 And the work consisted of going sailing. A head for heights helps in these circumstances. 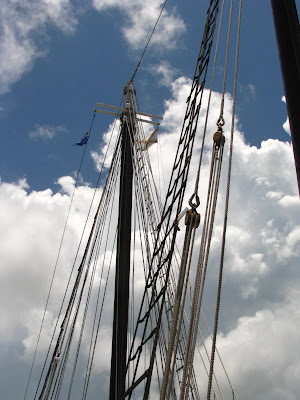 And this photo from their website of the ship under sail: 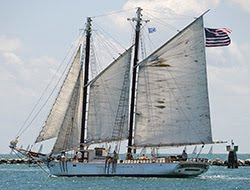 In lubberly terms the way the ship's sails point forwards and backwards, not across the decks, is what designates the vessel as a schooner.
Posted by Conchscooter at 5:01 AM