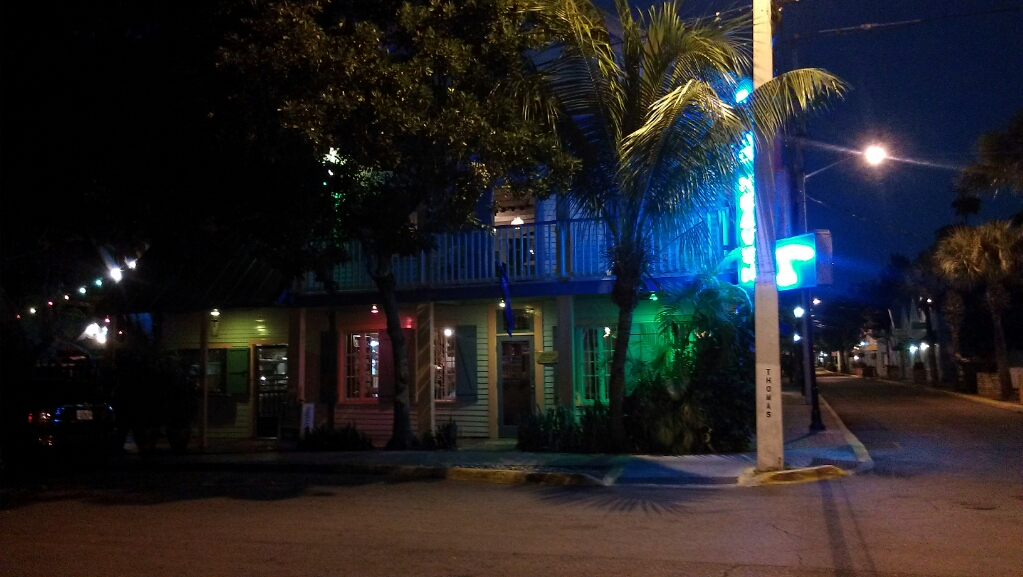 Seen at night in it's usual place on Petronia at Thomas Streets. Blue Heaven is always written up in tourist guides to Key West which point out the funky Caribbean atmosphere, the free range chickens in the open air dining room and the place has thrived. It's a bit pricey for my tastes but they do fine without me, a romatic place to eat al fresco and know you are in a classic Key West eatery. Mango pancakes, when on the menu should not be missed even at something crazy like fifteen bucks. The coffee, priced separately, is too strong and bitter for me but that's me, weak and watery. I like coffee that tastes like tea! On the subject of weak and watery check out this soup take out: 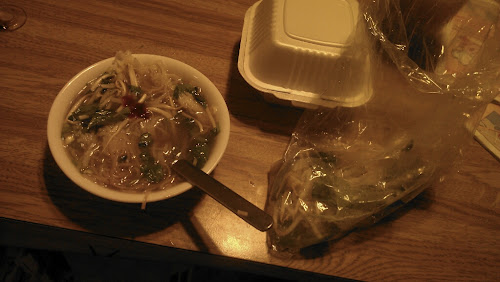 Finally it seems proper Vietnamese food has arrived in Key West. And when I say proper I mean the US version of noodle soup that has grown in popularity by leaps and bounds recently across the US. There is one place on Southard Street that has failed to enchant me, frankly. It's been a while since I went to Kojin and I found it over priced and not inspiring. Blue Heaven is, by contrast, expensive but inspired to my way of eating even though they are two completely different kitchens.

On the Vietnamese front: Sister Noodle House struck me when I walked in, as being as close to a street noodle stand as the health department would allow.  It's family run in the style of a cheap and cheerful Chinese eatery, not designed as haute cuisine or a romantic rendez vous. I was buying food to go so that suited me just fine. Dinner for two filled the front seat of the Fusion and attracted Cheyenne's interest. 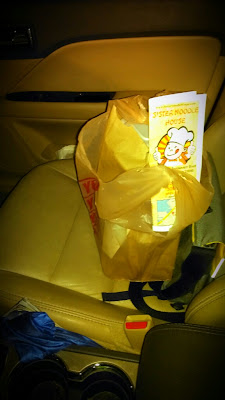 Sister Noodle House is not downtown and is thus not seeking the tourist trade. It's an undistinguished store front in an unremarkable strip mall that goes by the name of Conch Plaza and is anchored by Gordon Food Service, the closest Key West gets to a warehouse type store.  That puts this eatery two miles or more from Duval Street, but I know it has already generated a fair bit of interest among locals. When I placed my order for two soups I asked if they were related to Tong's Garden, my preferred Chinese eatery and they smiled. How did I know? Key West is a small place and the word is out...Apparently this is a new venture by family members branching out. Good for them. 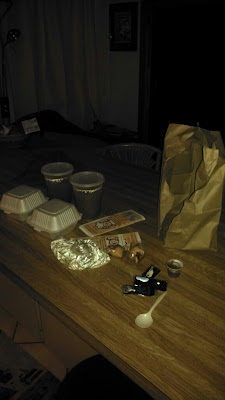 I bought two small soups, pho pronounced pha we are told, as the word is derived from the French "pot au feu" as the original broth is believed by some authorities to have been developed from recipes taken to Vietnam during the French Colonial era. Luckily for us the authors of this deliciousness are patient and asking for pho will get you excellent pha. And get this, with two ten dollar soups we made two meals for my wife and I. Inexpensive, filling and delicious.

We've recently had a couple of pho restaurants open up around here. Really tasty though not very inexpensive. But then again, around here everything seems expensive.

And thank you for the history of pho.

We have a few restaurants in town owned by the same family. Our favorite is the Vietnamese Baguette, yumm!!

Richard : thank Anthony Bourdain for the history now that No Reservations is on Netflix streaming. Great show.
Trob: bani mi, again that fusion of French bread and Viet ingredients...can it be Oregon offers not only euthanasia, legal pot, endless rain and Vegan Vietnamese? Be still my retarded Florida heart. Hey, we are seriously considering possibly recycling properly. Baby steps.