I stopped for a juice on Duval Street, a reflection perhaps that summer is here. It's hot, no two ways about it. I read of blizzard warnings in the Rocky Mountain states and I have no doubt the prospect of skiing is going to render them almost as giddy as the possibility of enough snow pack to end assorted droughts. Splendid. 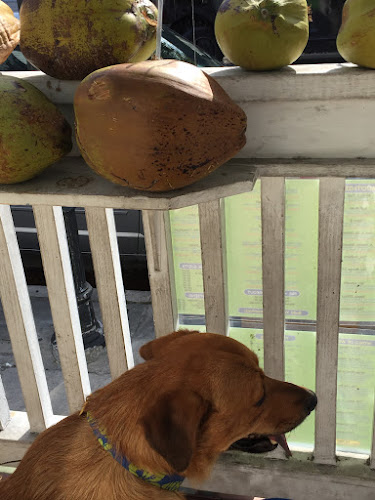 Rusty does quite well in 90 degrees but his tongue does come out and he does seek out the shade. He has no taste for puddles and relies on me to supply clean water from the trunk of the car. 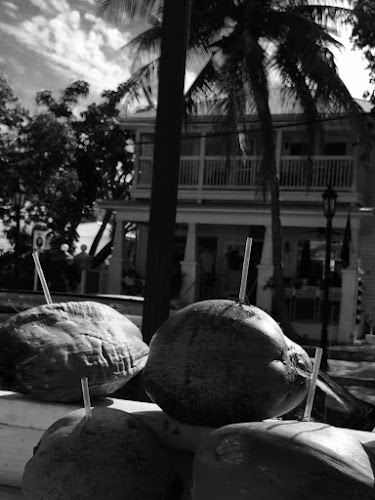 You can buy a coconut (complete with a straw) downtown for something around five dollars, a practice I find odd as they offer more than can be he with a straw. They get thrown out with all that white meat tucked inside. When I was a child a coconut was a rare thing, a once-a-year fruit and now I find them falling into my yard at a rate greater than I can deal with them. 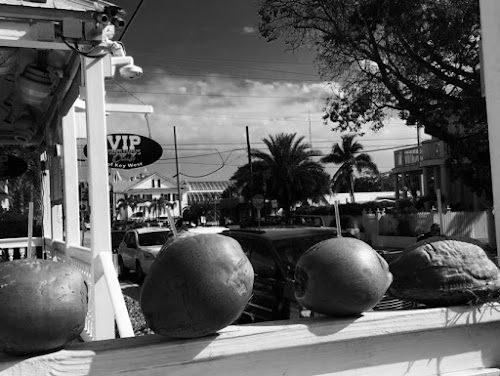 Spring Break is winding down they say but you wouldn't know it as traffic on the highway is constant and Duval Street is busy. The heat is the harbinger of summer and this is the time of year one looks forward to the change of season. Then by September one will be ready for that other change of season, back to winter. It looks like endless summer, and sometimes it feels like it. 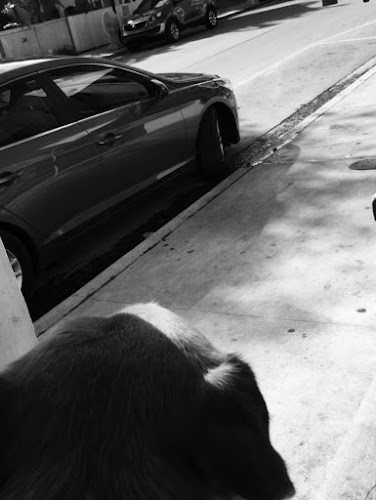 Rusty doesn't much like Duval Street with all the noise and crowds so I am making an effort to walk him as much as I can. But it is getting a little hot for that. 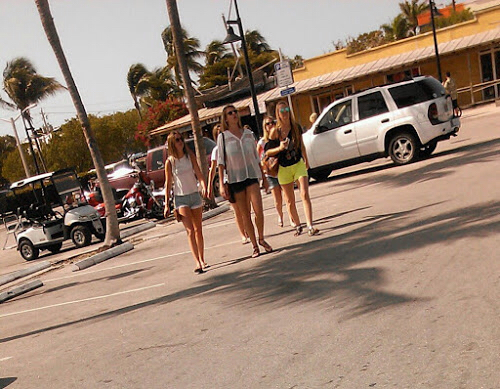 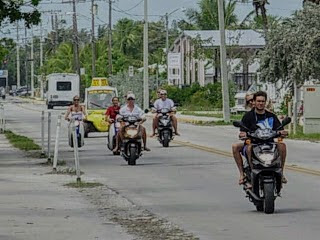 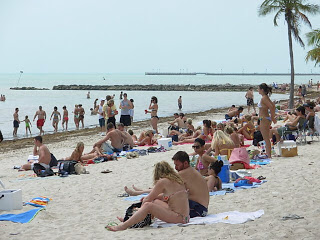 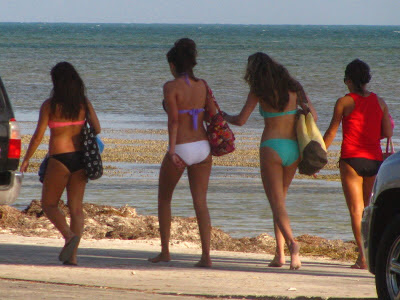 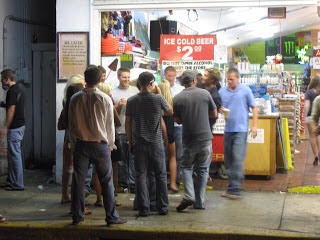 Ahhhh, to be that beach age again...no thanks. With an adult life time of work, kids, and the like they are facing, I think I quite like being an old, retired guy much better.

Funny comment- :)
Loving Rusty and noticed he has bluish tongue? Is that possible he might be a bit Chow Chow?
Beautiful boy.

Spring break is almost over, we breathe easier. Some people think Rusty is part chow but that's okay. He is obedient and cheerful and great fun to have around.