What an odd sign to see at the Ramrod Pool. Some great effort went into painting this sign creating a mythical yacht  club...that doesn't negotiate with terr...tourists.  I let Rusty do his thing around the edges of the pool, sniffing here and there as he went, but the Yacht Club was closed. 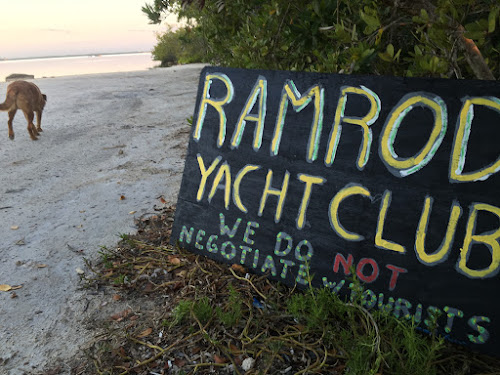 I quite like the pool even though sitting around drinking isn't my idea of fun necessarily, I find the people who come out here to drink and talk (loudly) are always very pleasant. Ramrod Pool attracts cars who line up after work and their occupants talk about this and that. Everyone I've ever met here has been entirely jovial and pleasant. Which to my way of thinking is a sound basis for a club. 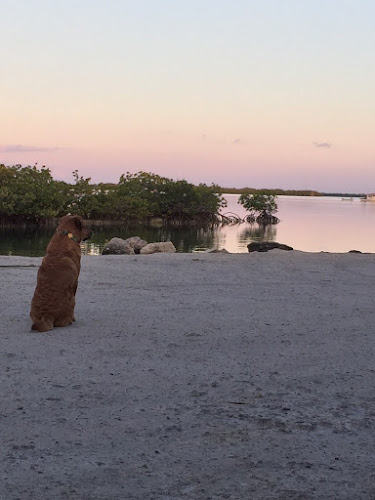 The morning as still and flat and I rattled off a few pictures, just because I could. 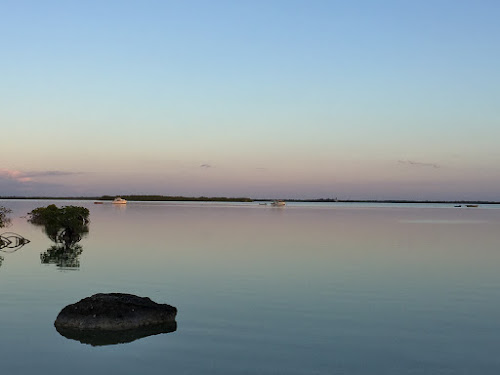 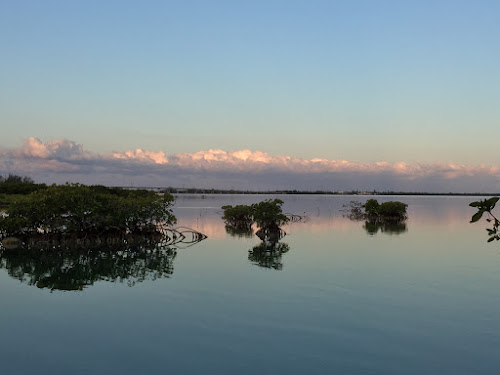 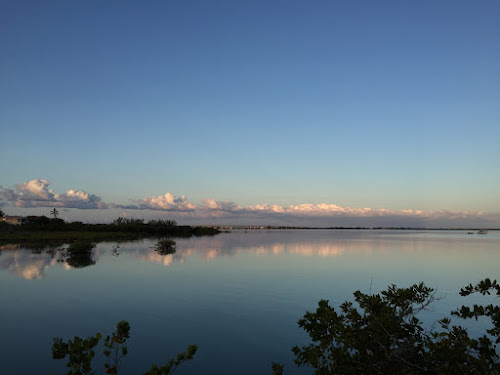 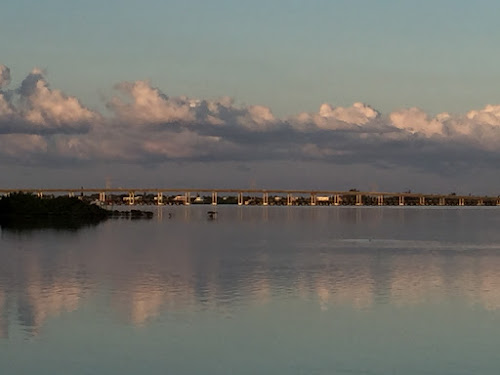 A  year or two back some visitor filed complaints about people lighting a fire in a large fire ring here in the middle of the seawater drenched mangroves, and the county promptly sent out a task force to destroy the fire ring and put up signs forbidding any such fun. I remember feelings were running rather high against snowbirds at the time, and it's interference like this that gets part time people a bad name. The fire was no kind of danger, it gave the spot a campfire feel (I liked to warm myself by the embers in the morning on cool winter days) but some body body got it banned. 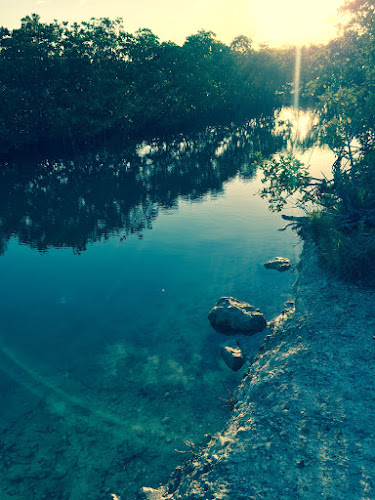 Monroe County is now reviewing plans for one more gated community for the Lower Keys, an "upscale development" its backers call it, slated for the Dolphin Marina that currently serves swanky Little Palm Island. The idea is to close the marina and public launch ramp, give  a few crumbs of comfort in the form of some few cottages as low income housing "in perpetuity" (ie: until everyone's forgotten the deal) and in exchange we get more people who think they know exactly what will be good for the Keys on first acquaintance, like NO fire rings. 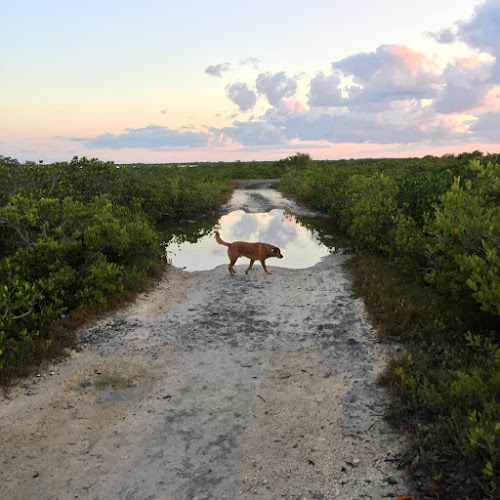 For now we have this lovely, undeveloped park, limestone salt water and mangroves. Rusty needs nothing more...

Such a piece of heaven there.

I like this place but some people don't. I remember Shoestring Weekend Blog said it was nasty and ugly and lacked amenity. Which is how I like it.

It's sad because I have read so many articles that humanity is totally against Nature ; and it's precisely the reason why we are all in such trouble for survival as a planet and the continuation of the human race.
( Oceans, Lands, Air)