It was hot and sticky and I was pretty sure Rusty would be too tired from walking downtown to spend too much time here. I was wrong. 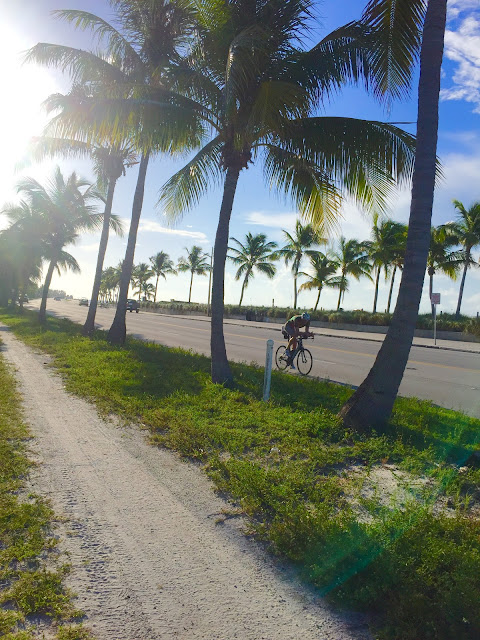 An hour later...we half finished exploring the Bridle Path and i could see he was ready to keep going despite his tongue hanging down to his knees. 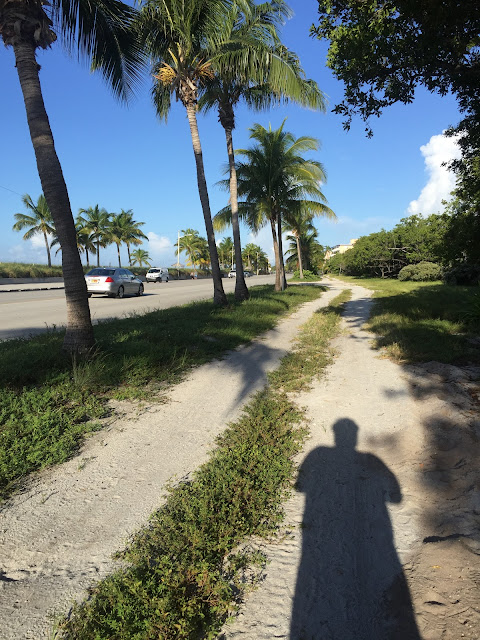 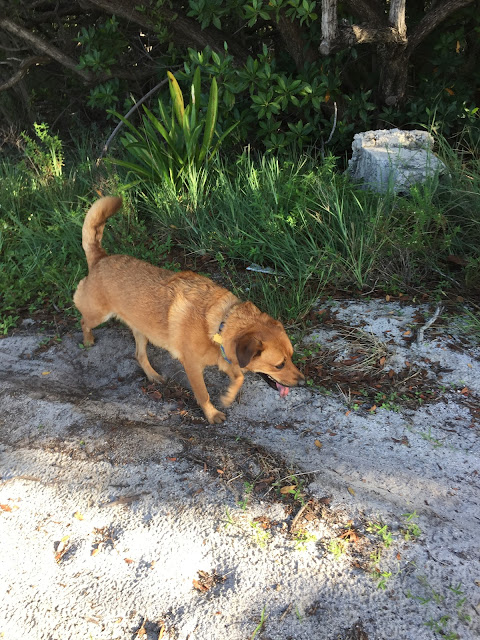 The Bridle Path used to be where horses were exercised, though these days you are much more likely to see humans and dogs here traveling parallel to South Roosevelt Boulevard. 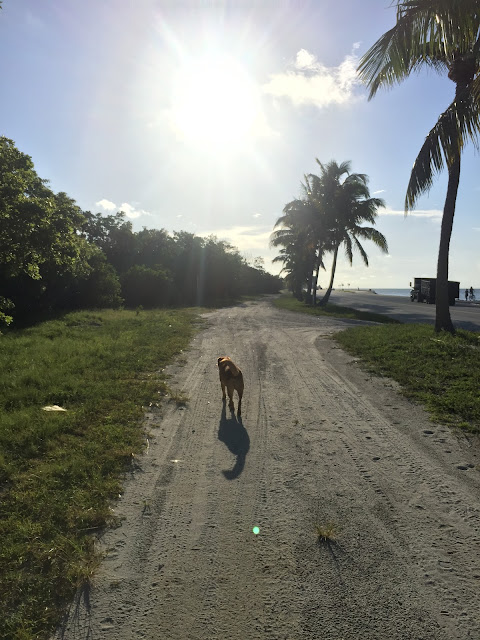 The ocean view across the street attracts lots of walkers and riders to the wide sidewalk on the other side of the street. 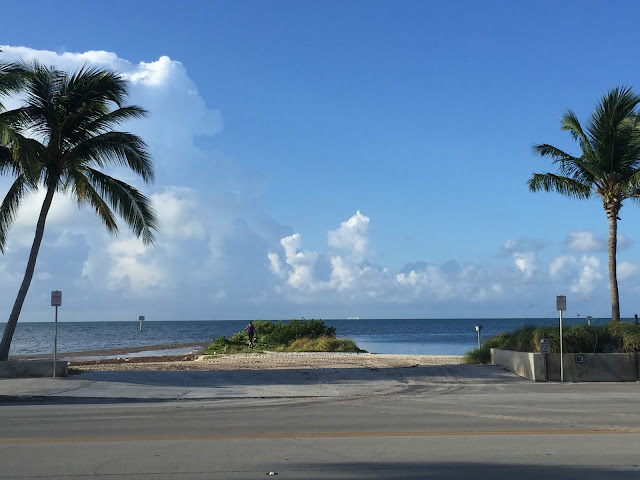 It's the route I use when I have to spare coming into town. 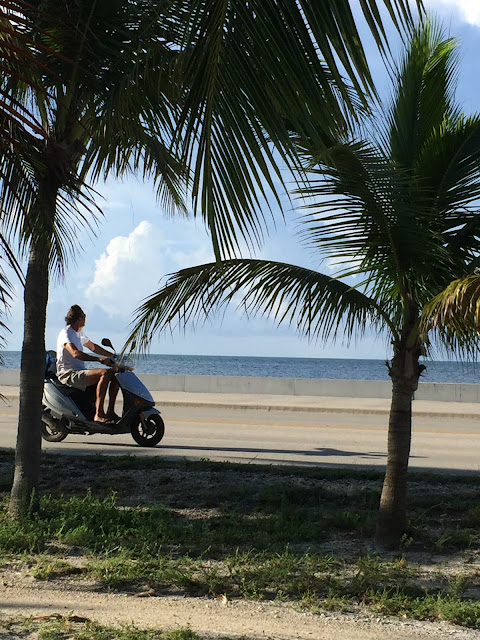 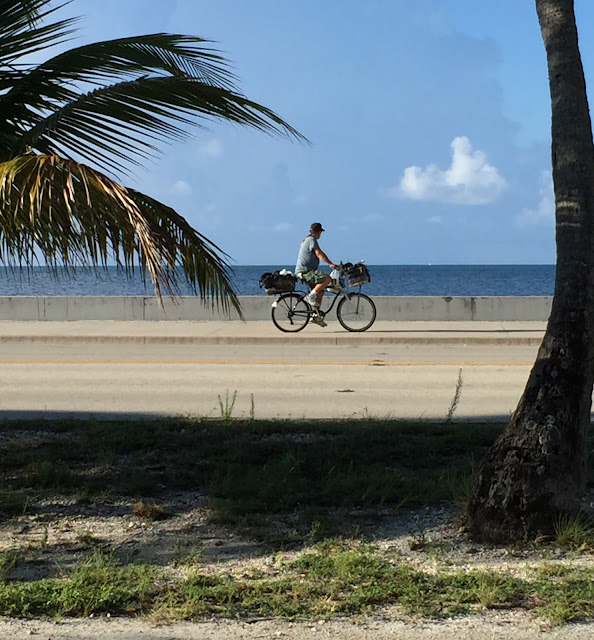 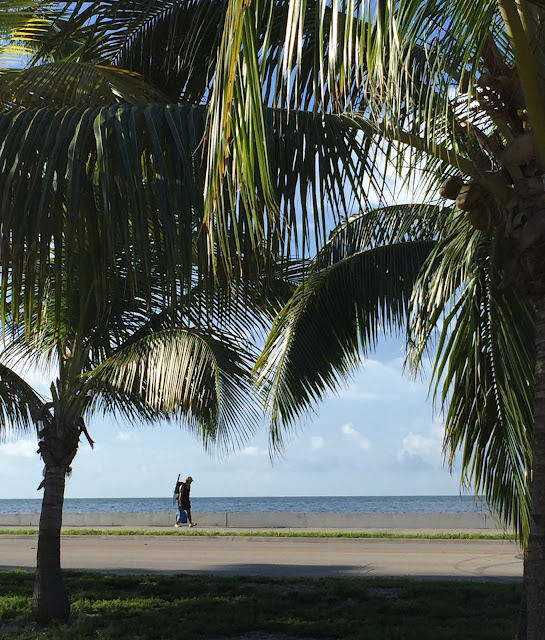 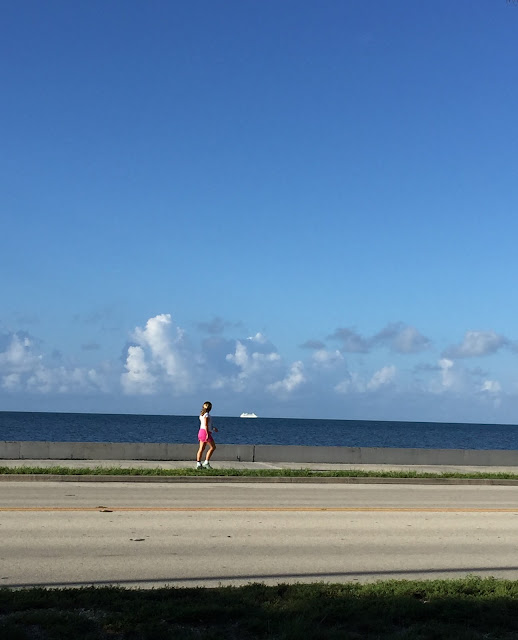 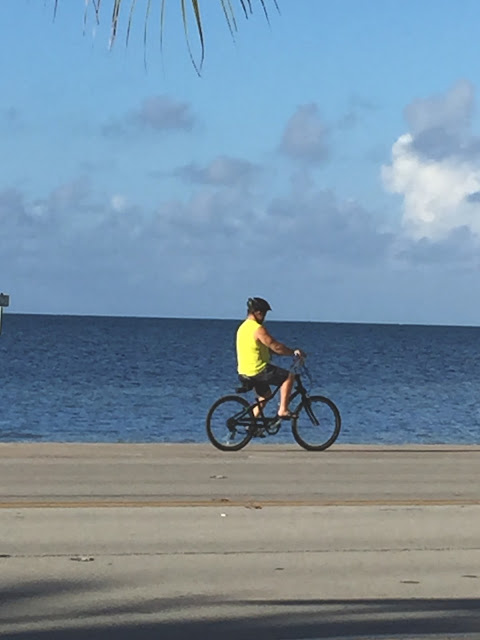 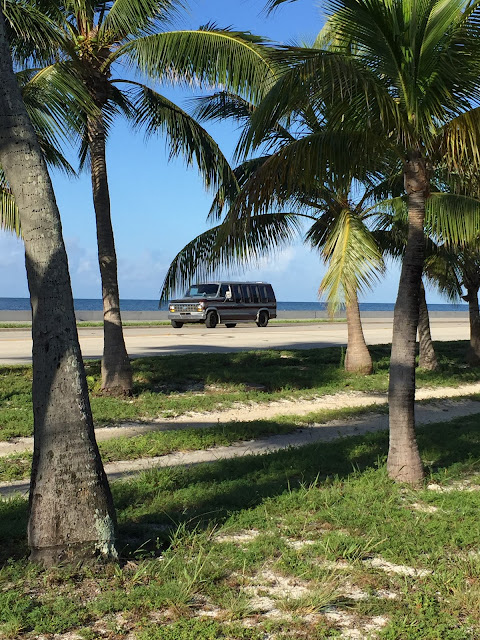 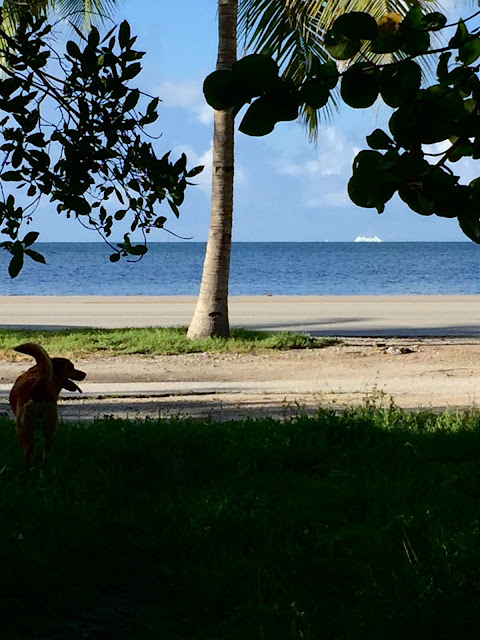 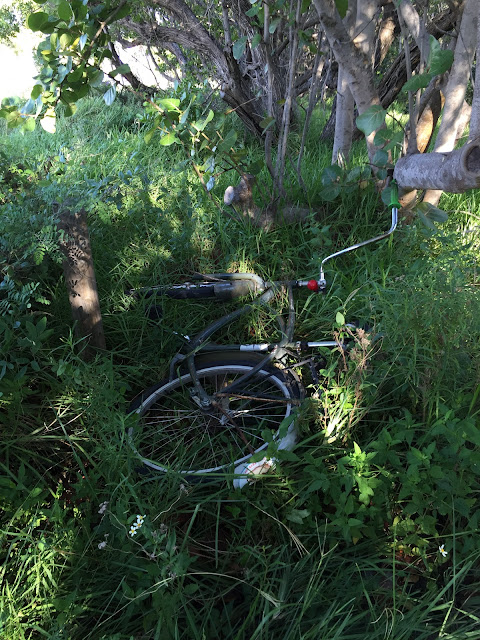 This area is known as  the "swale" as we shall  see. 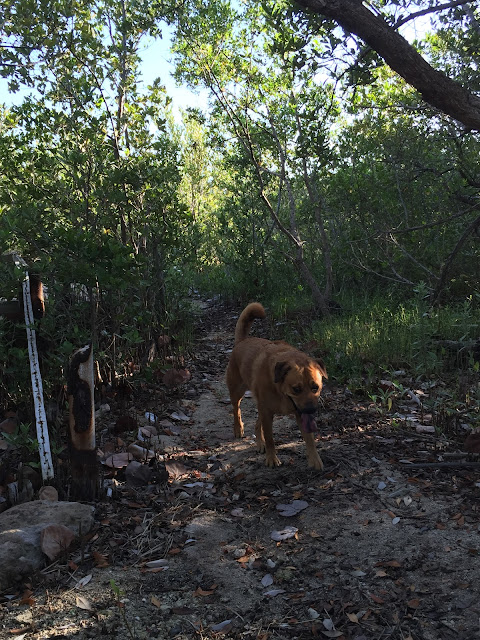 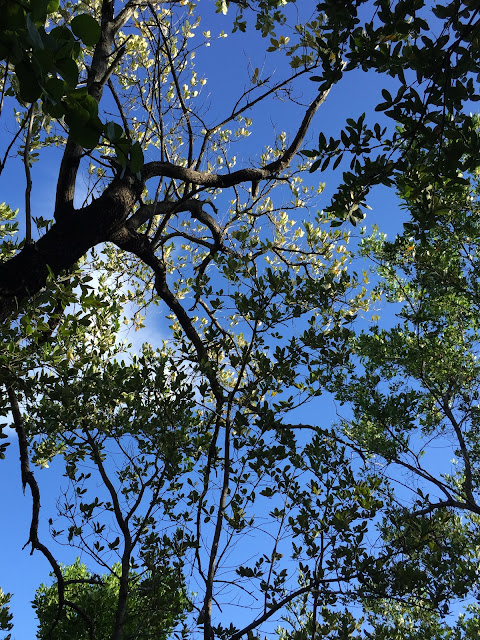 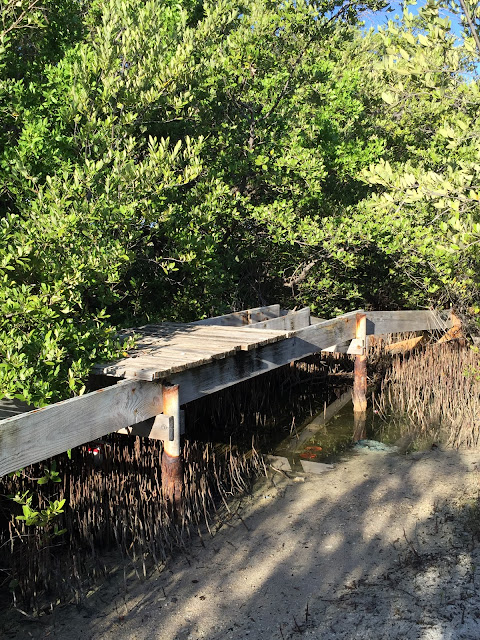 The salt ponds were supposed  to produce salt but now they are just swamp. 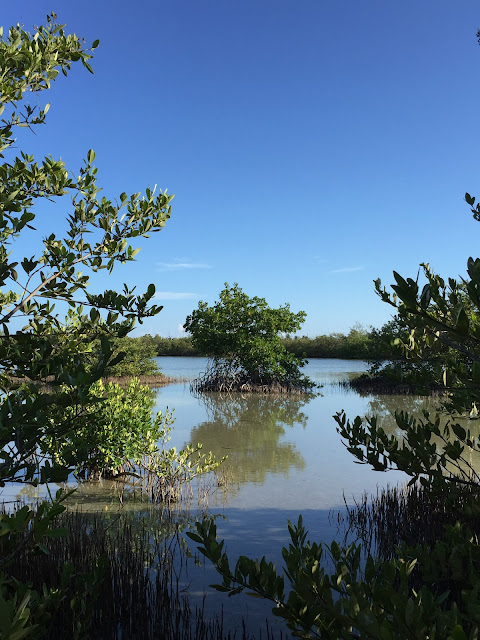 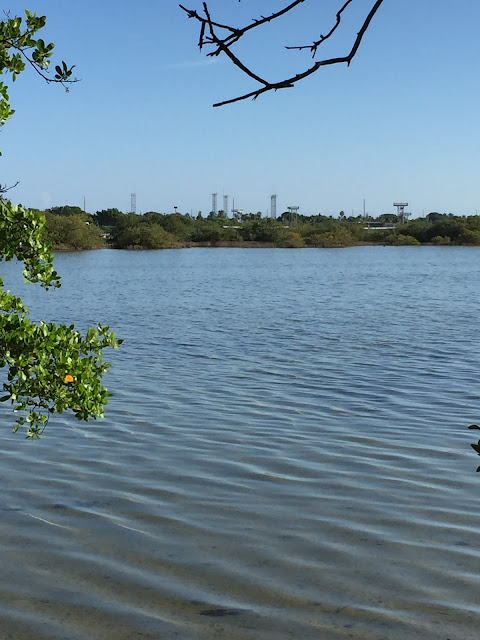 No camping on the swale... defined as a marshy depression. 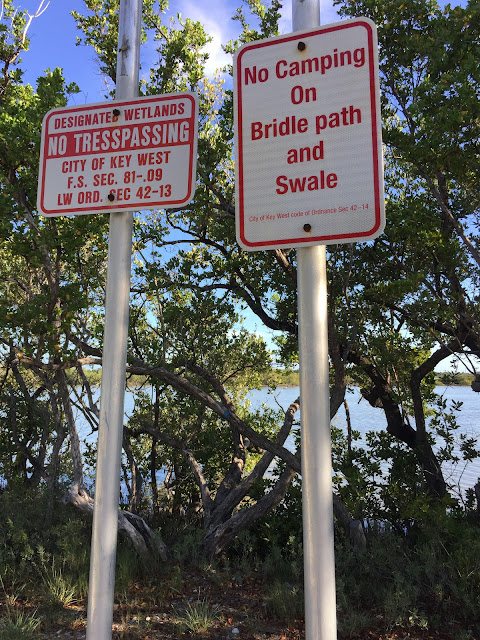 I like the Bridle Path and now I can trust Rusty not to run out into the four lane street we might come back here more often. 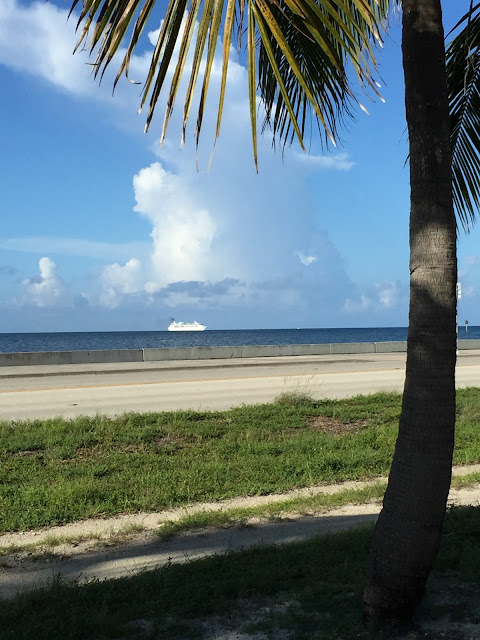 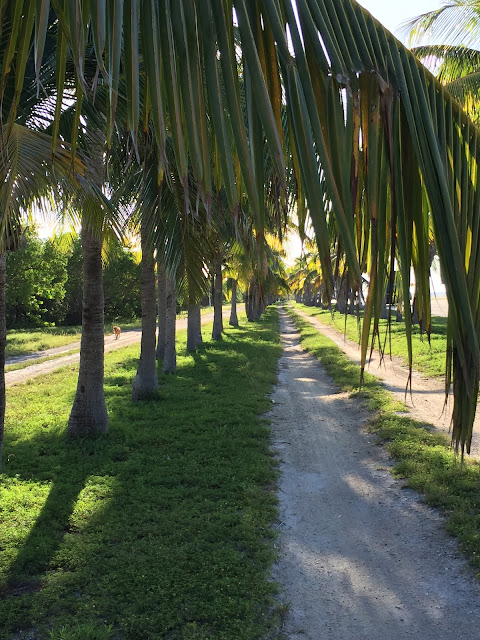 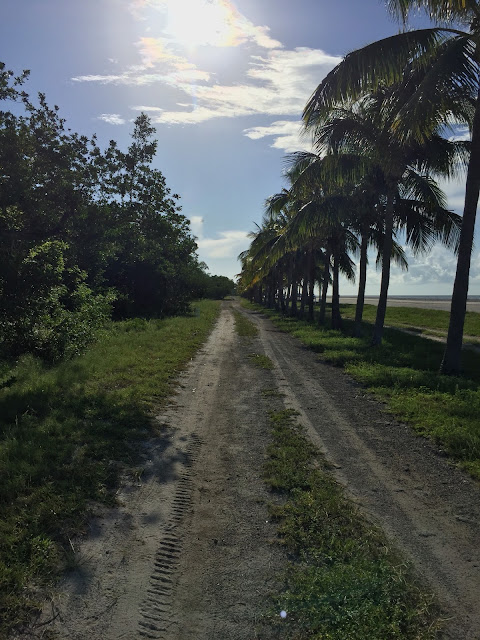 A successful morning. He ignored me, ignored food and passed out. 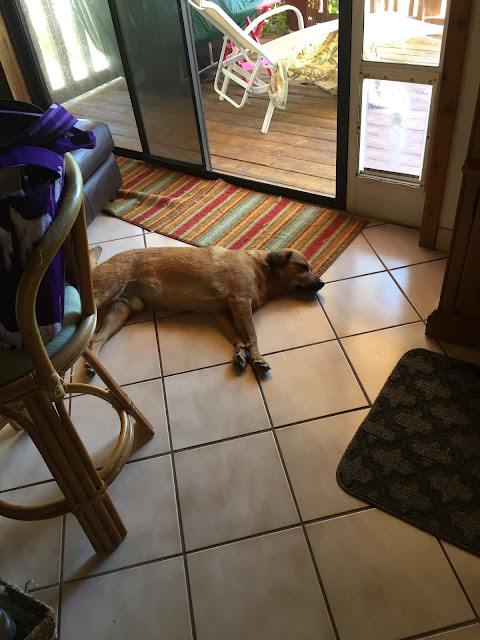