Allow me to point out from the top that I would never choose to live in an "intentional community." However my sister-in-law Geeta and her husband Bob were accepted into Celo Community near Burnsville about forty years ago and have made it their base of operations since. They would choose no other way to live. 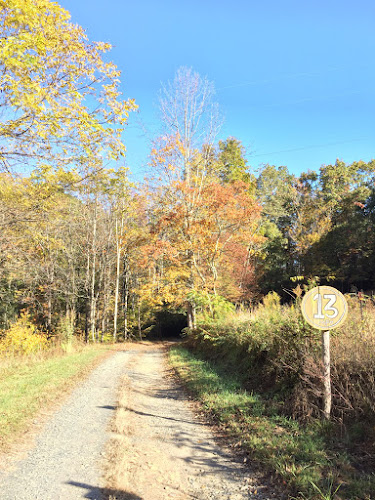 I have had this drummed into me in my 22 years of marriage to Geeta's sister so I shall try to get it right. Celo is based on Quaker principles though it is not a Quaker community. Every decision affecting the community is discussed at meeting and voted on. Consensus rules. This alone would drive me crazy. 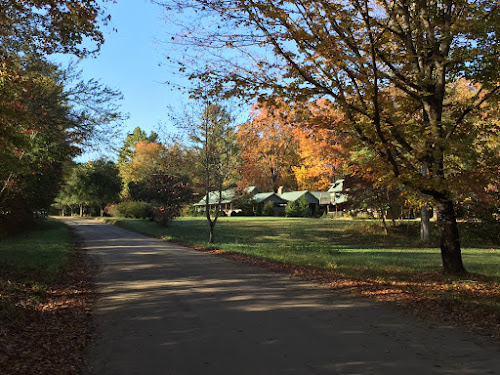 The setting is lovely, off state highway 80 south of Micaville there is a large patch of forest crossed by a public  right-of-way called Hannah Branch Road. The community has petitioned the state to keep it gravel to slow traffic to the required twenty miles an hour- observed more in the breach in my experience. For instance one HUGE controversy my brother-in-law Bob still moans about was the state building an "ugly" bridge as the old picturesque one needed to be replaced. 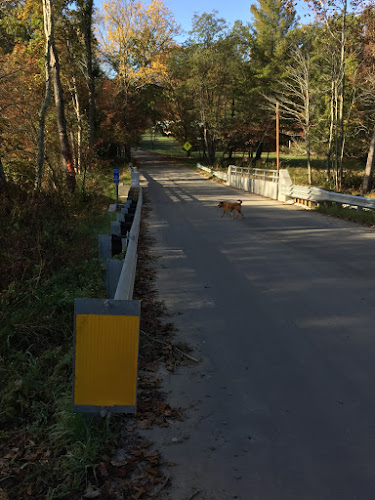 It's what I call an Old White People With Too Much Time On Their Hands problem. Frankly I'd vote to pave Hannah Branch as driving daily on pot holed dirt is a drag and bad for a car. But that's why I am only an occasional visitor. Years ago the community was in decline and my wife and I could have joined relatively easily. Essentially you lease land from the community and either build a structure or buy an existing home which gets sold back to the community when you leave or die.  You can get in with little money but you get out with little money too. Not a bad deal if rural living is your desire. And nowadays the waiting list is huge, just to get a consensus vote from the community to put you on the (consensus approved) waiting list before you can hope to set up house here. 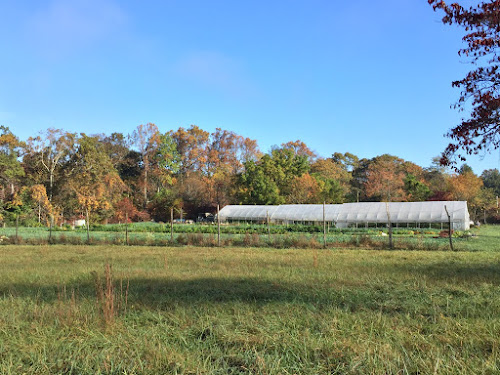 There is land to cultivate, animals to raise, and children to educate at Arthur Morgan School. Crime is non existent, no locked doors no fearful parents and the only stimulants around here are smoked I'm guessing but everyone is very discreet as I work for the police. Celo is photogenic in a Hallmark sort of way and it makes for excellent walking on roads and on the innumerable trails that crisis cross the rhododendron woods. I am not ready to walk through people's yards but it is accepted practice at Celo. I never have and never shall. If a trail passes a house I duck into the woods. 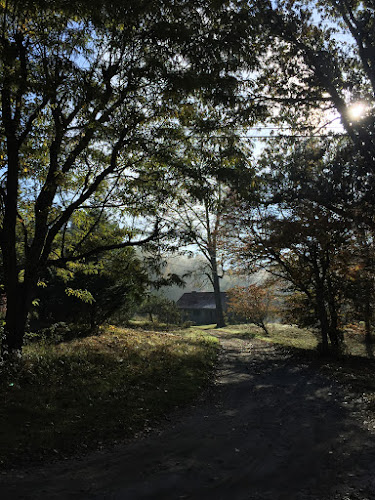 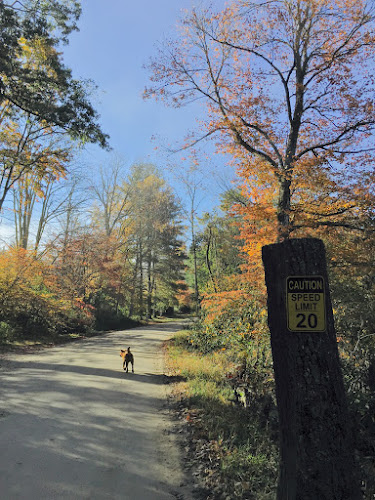 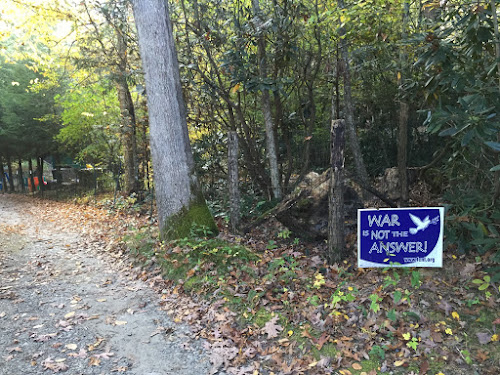 There are ways to join the community that take less time. If you accept an undesirable house for instance. A single mother raised her two sons here very happily in a supportive community with a good school. How? She jumped the line by taking a home that leaked, that had no plumbing, that others had failed to survive in, and she made it a fairy tale jewel in the woods: 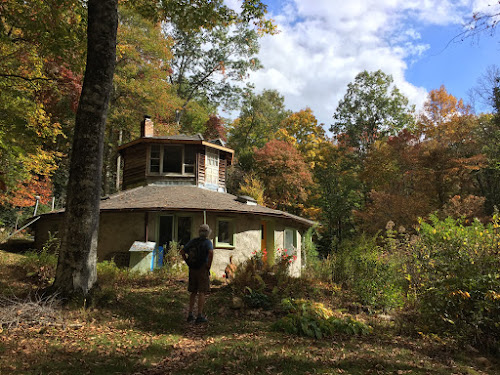 The range of talents and skills at Celo is not to be underestimated. It is a place that generates fierce pride and loyalty. 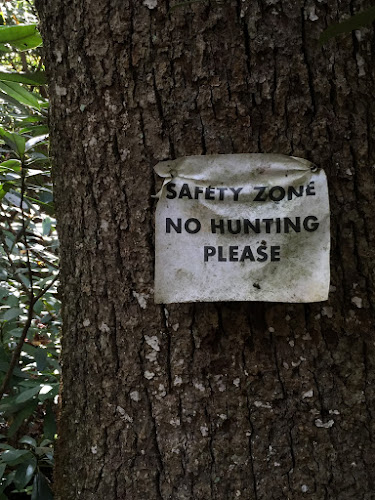 In a part of the world where Trump signs litter the highway in economically distressed white rural America, hope for these eccentrics comes in the form of a gun-free society where art and literature and beauty ( and Bernie Sanders) are the way forward. After decades of uncertainty between "mountain people" and "hippies" there is a cease fire I guess. These people aren't dilettantes at living off the land, they have survived and they thrive. They have to be respected even by people who live differently. 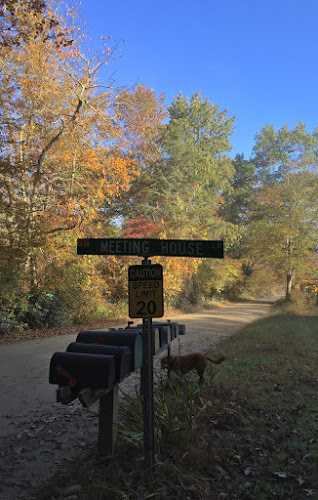 Celo community has enjoyed a revival especially since 2008 when the economic flaws of a system based on debt have been revealed. The place is bursting with earnest millennials providing for their families in the fields. The young bearded men of the new generation have the hooded suspicious gaze of peasants the world over when an old man and his dog walk by, obvious outsiders. It used to be people recognized me as staying with Bob and Geeta but that generation is in cancer treatment and the young set are strangers. Good for Celo. 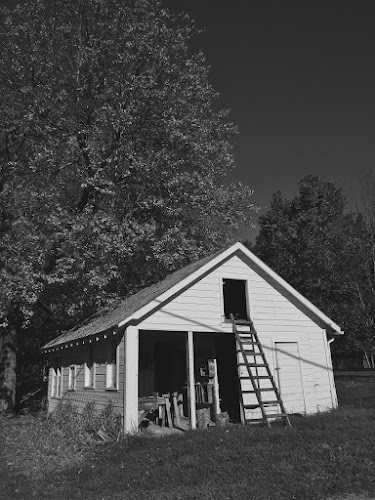 Summer camp for youngsters, very well attended as you might imagine: 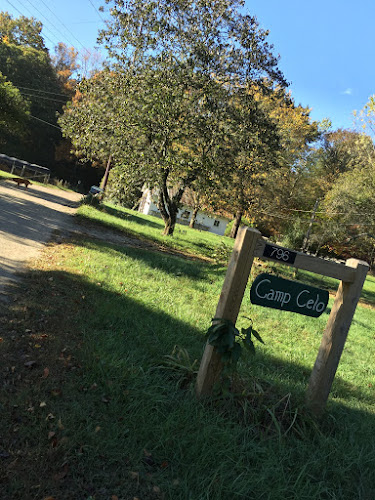 Fire extinguisher to bring a touch of the modern to a byre: 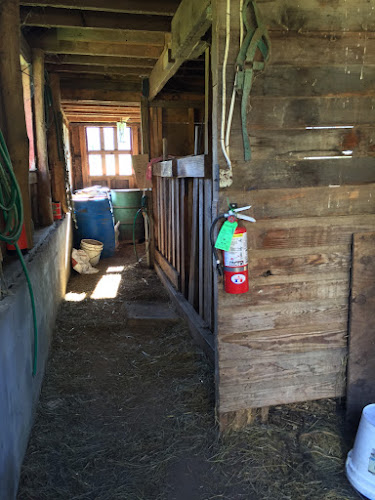 They swim in this pond in summer.  Brr... 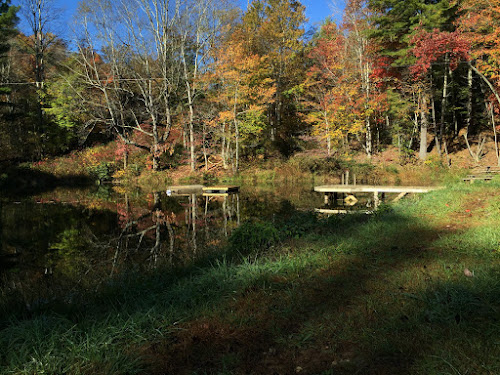 Rusty is starting to feel at home here: 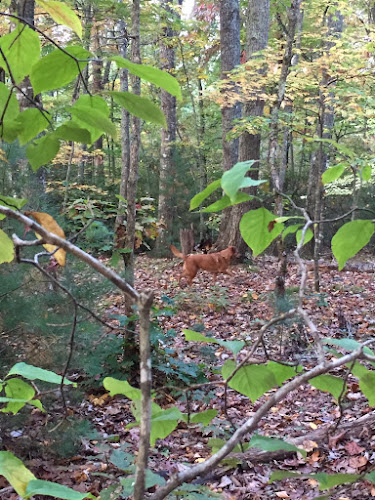 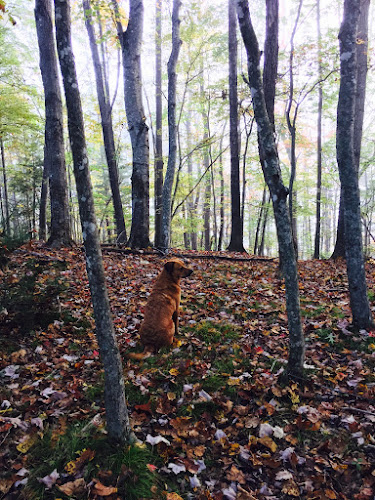 I hit the perfect week, 80 by day 50 by night. No wind so it isn't cold, clear blue skies, bright sunshine. 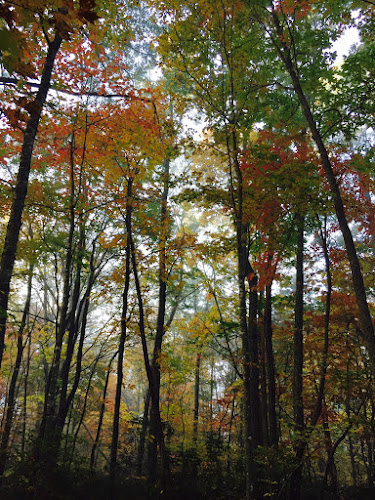 And the changing of the leaves. A much sought after sight for many, an accident for me.
Posted by Conchscooter at 12:00 AM

Interesting, Michael. There are indeed places in Germany, where you would find similar ways of living. The people seem to be happy and content, and usually help each other out, depending on their talents. I guess it is still a bit the recreation of a Hippie life. And there is nothing wrong with the concept. For me the downside is that this way of living is usually founded on some weird religious pretext, and that would be a no-go for me.

Interesting indeed. Thanks for the insights. Everyone has their thing in life and I'm glad these folks are happy doing what they do.