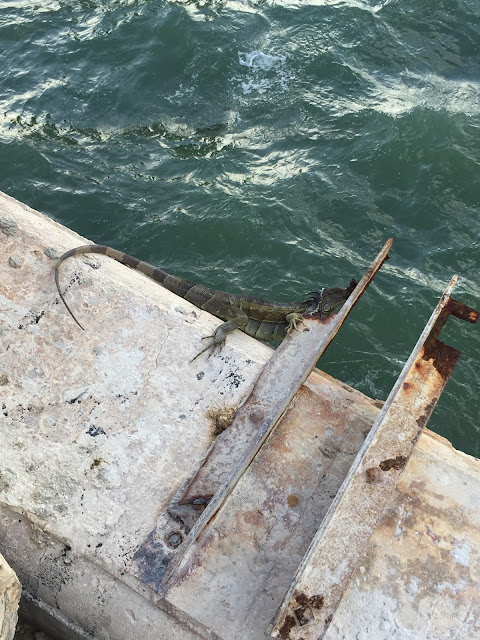 Rusty was busy in the bushes chasing iguanas, and not catching them which kept him really busy and I was stuck looking for shade while staring out at the ocean. 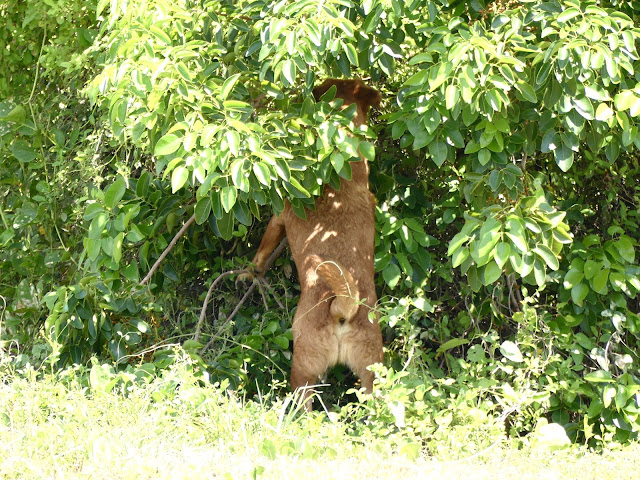 It so happens there is a rather convenient concrete slab in the shade of a gumbo limbo so while the bushes around me trembled with the movement of dog I played with my camera. 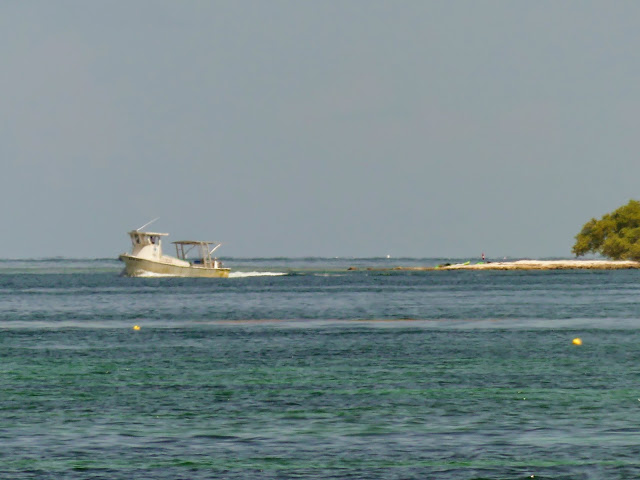 There wasn't really much action but there were a few boats mucking about on the water. 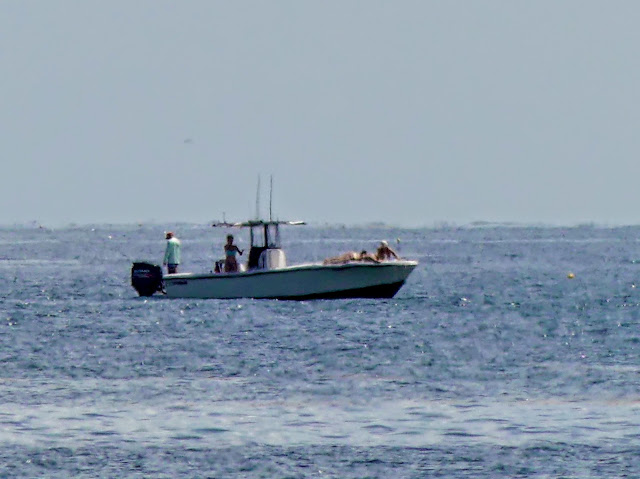 The commercial boat at the top of this essay made a nice contrast to the crumbling old Bahia Honda railroad bridge as it went through a gap in the hundred year old cement columns: 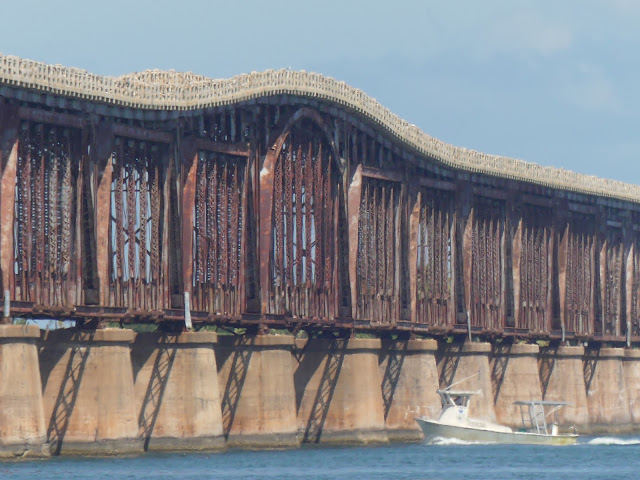 It was a perfect hot summer day with low humidity, bright sunshine and a slight breeze off the water. 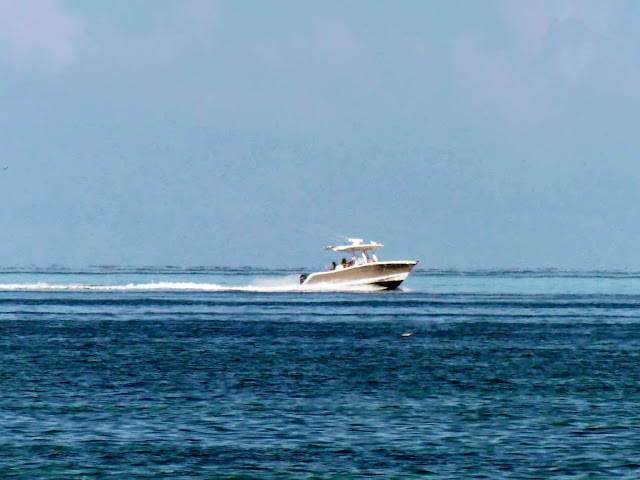 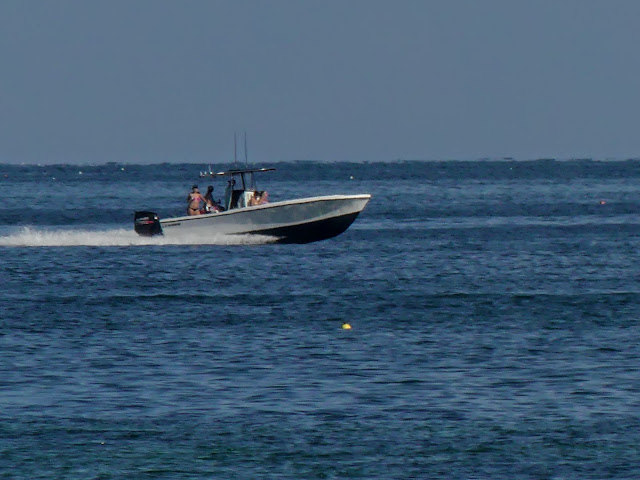 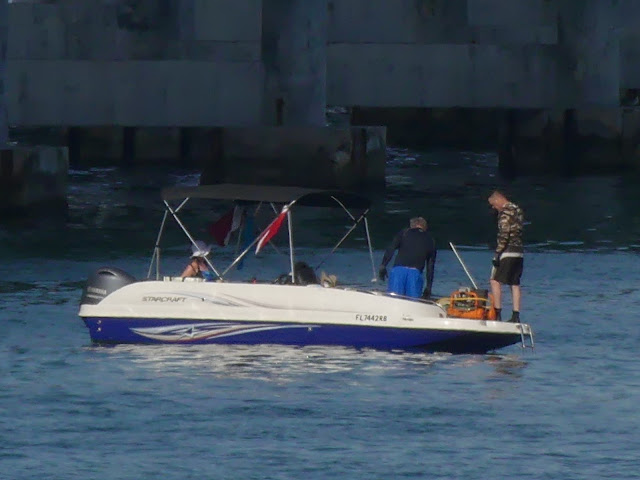 Eventually I followed Rusty's slow path across the waterfront bush to bush as he shook up the resident iguana population, an invasive species that wrecks birds nests, vegetation and digs holes everywhere. 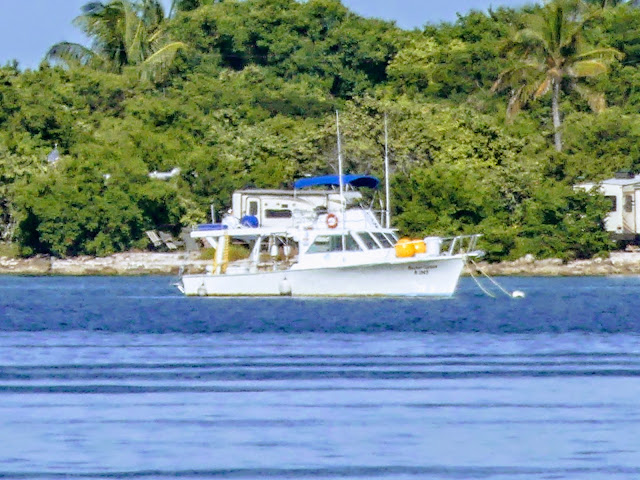 The  new bridge built in 1982 forms the northern side of Bahia Honda (deep bay) bay in front of the park that everyone likes so much. 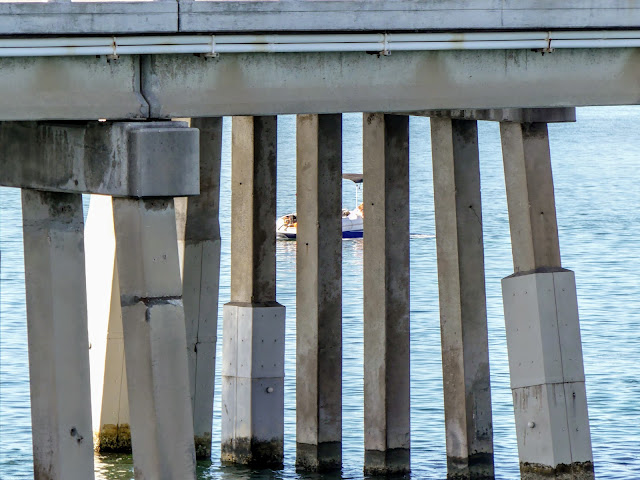 The lizard terrorist ran himself into exhaustion and he plunked himself down on a shady section of trail and heaved his ribs as he sucked in air. 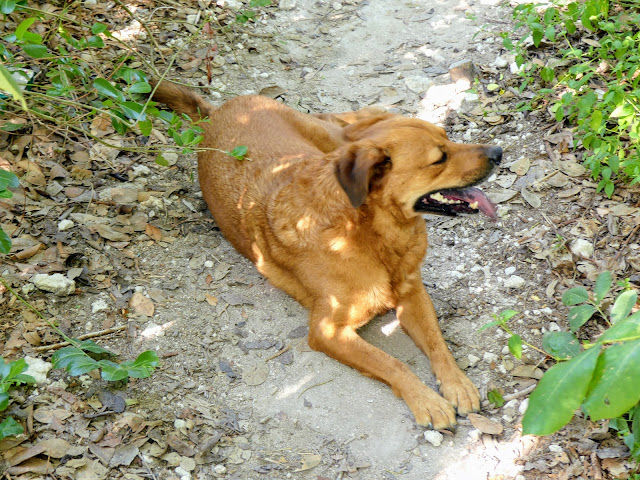 There we were for a while and even as I listened to him rasping air it was still peaceful and sunny and serene and the iguanas could go back to sunbathing and minding their own destructive beeswax. 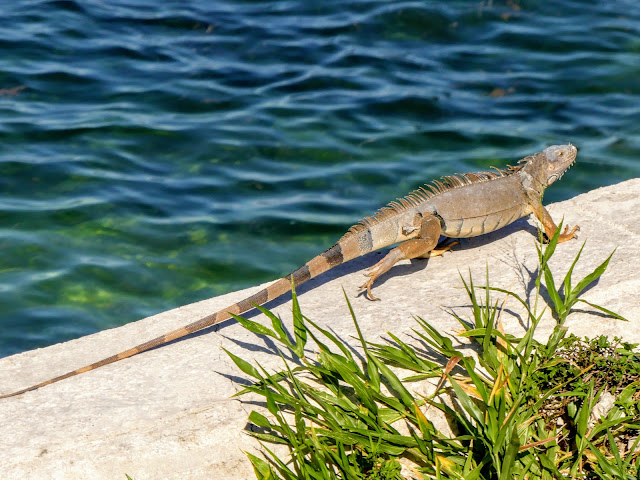 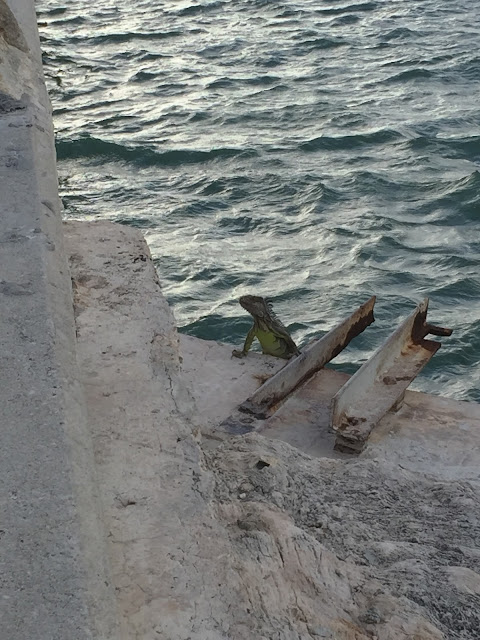