Robert and I had lunch together at the Bier Boutique on First Street. We talked of this and that, perhaps a new home, winters spent in the far west skiing in Utah, a plan much liked by his wife.  I have known Robert for almost 30 years and I am surprised by his embrace of things new and different. A tropical man apres-ski. Well, well. 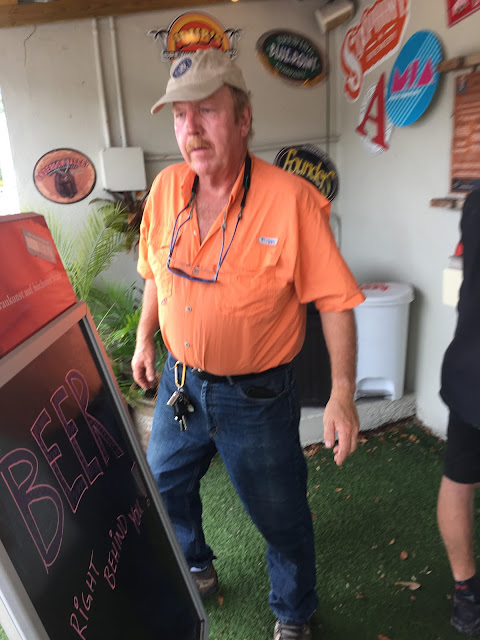 My wife is the key to my retirement and fortunately for me she only occasionally expresses a longing for a her youth and ski trips to Lake Tahoe with her father. I think Rusty might like snow. He sat around watching the world as Robert and I ate burgers. 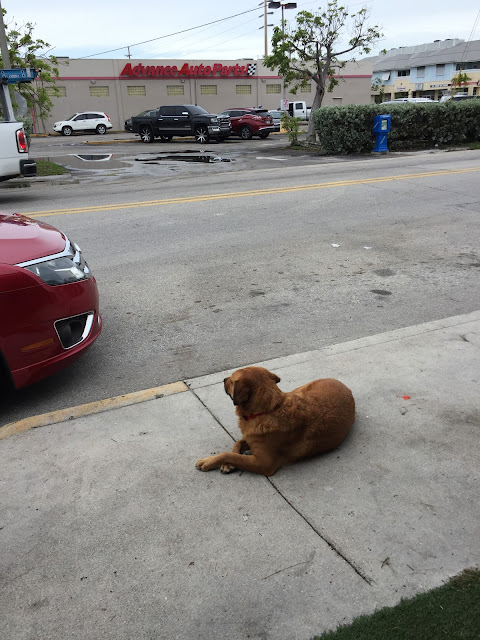 We are boring old men and usually I just take the easy route and do the special. Robert frequently branches out and seeks a bison burger of his own but we both settled for (!) the sriracha burger this time. 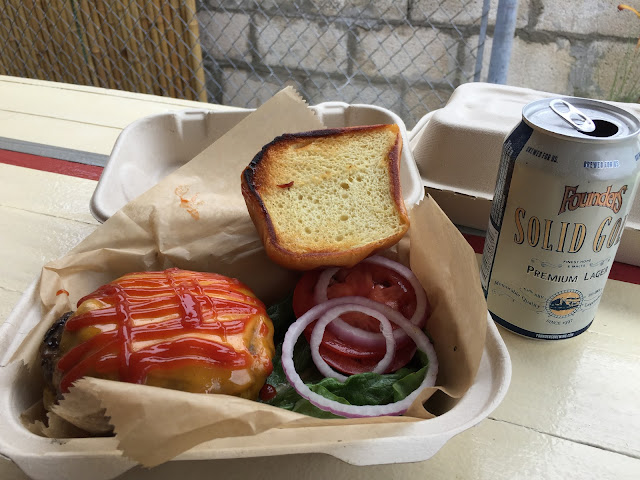 Being a  temporary widower with a wife off at a conference my wife decided she should get to spend some time with Robert so in a rather unusual move we had dinner out with him in Big Pine Key. 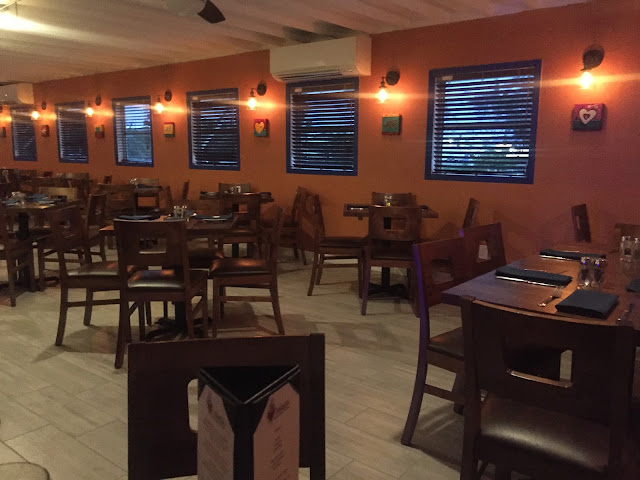 It's a miracle, that's the name of the restaurant -Milagro - and the miracle is it might well flourish in Big Pine Key. The food was excellent, the ambiance was more romantic than I needed it to be for dinner with Robert. 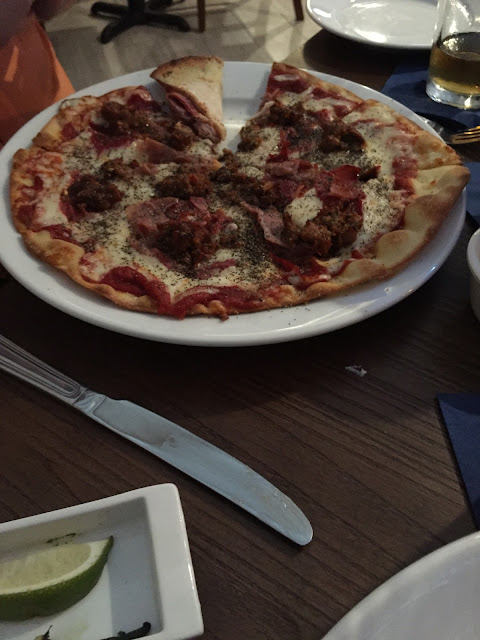 Pozole, which is a Mexican hominy and beef soup. 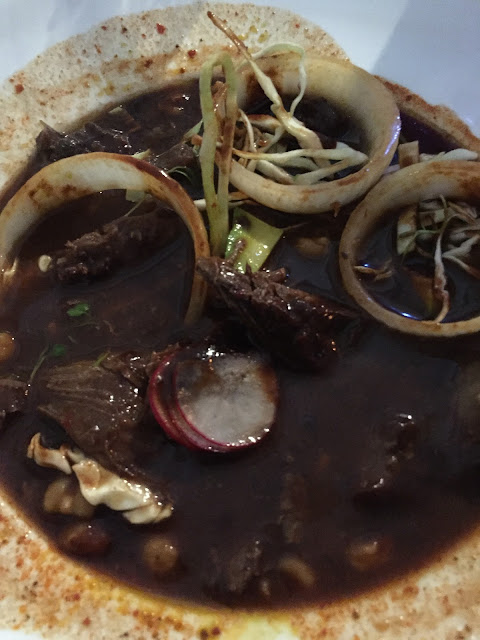 The fish too was superb. This place rocks. 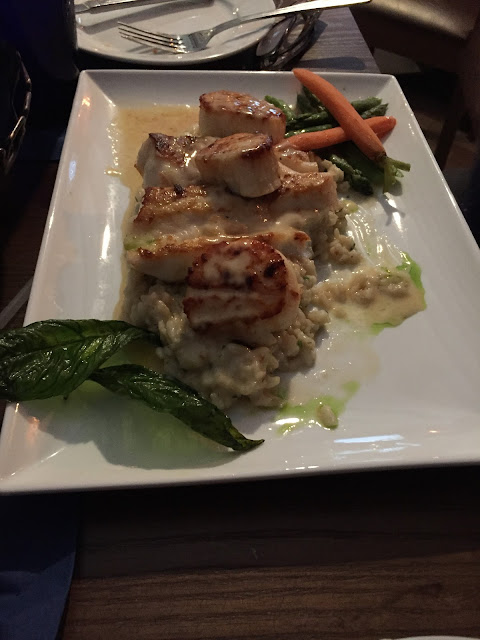 I want to go back. Big Pine has  a great place to eat. 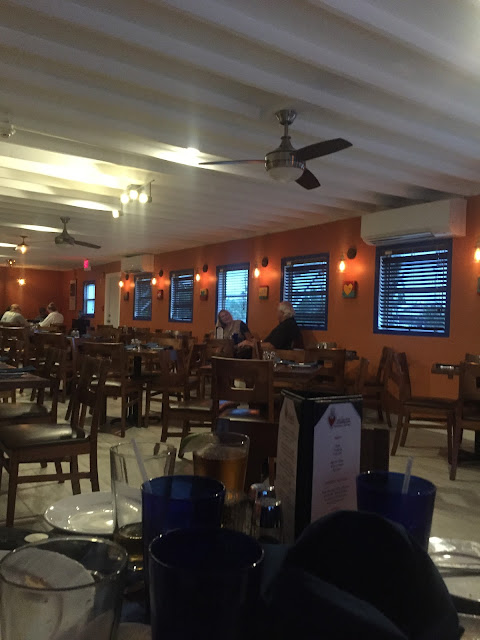 That food looks soooo good. Milagro reminds me of one of my favirite movies. Milagro Beanfield War.