What else would you expect on Zombie Bike Ride but to meet a zom-bee? 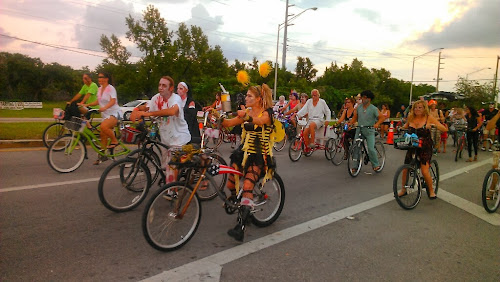 They came in their thousands last night. As many as five thousand riders someone estimated. 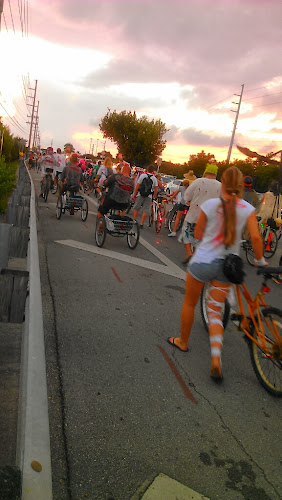 There were so many zombie bike riders it was tough for the crowd to actually find enough room to ride. Don't have a bike? Rent one! 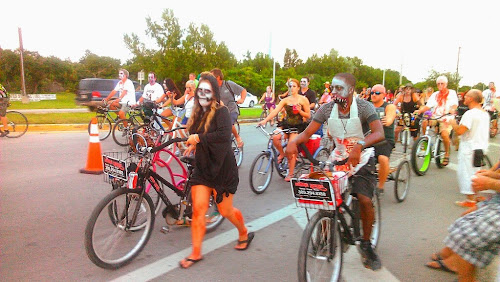 Don't have make up? Get painted at the start! 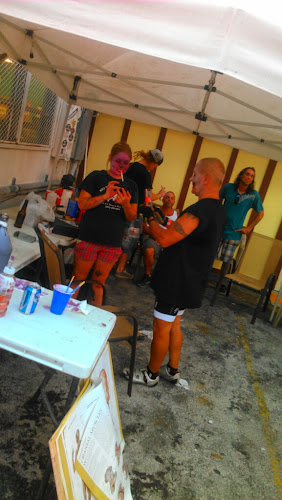 The zombie bike ride started in 2009 as a quirky idea. It has become so popular it may end up doing the usual Key West thing of losing its quirk to popularity. 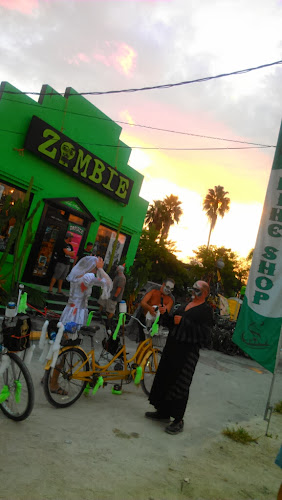 It sure is popular, filling two lanes of Highway One from Stock Island to Key West. 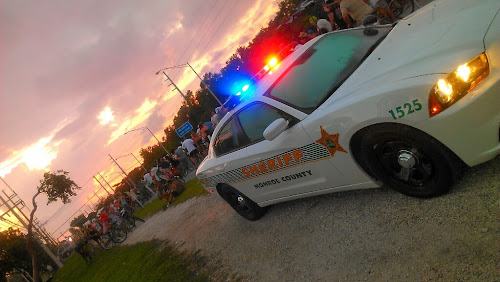 It was a young people's party. 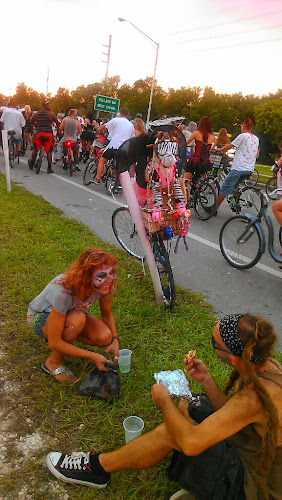 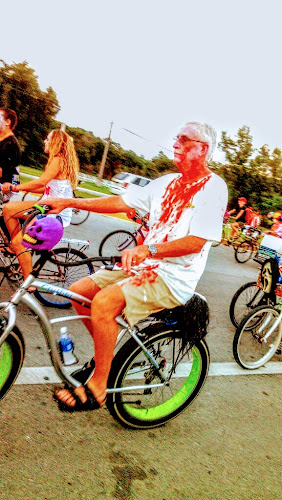 More or less made up: 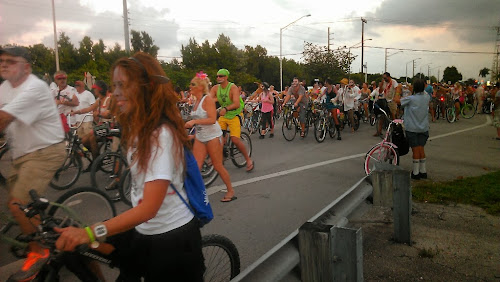 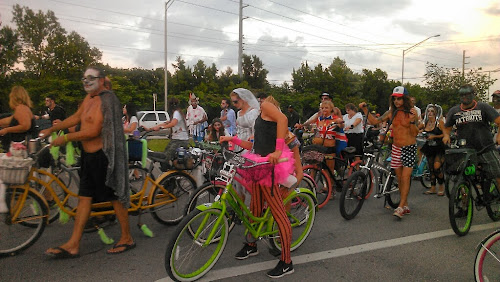 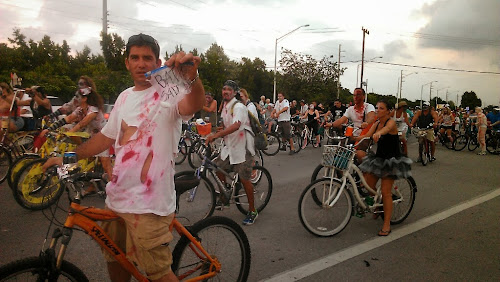 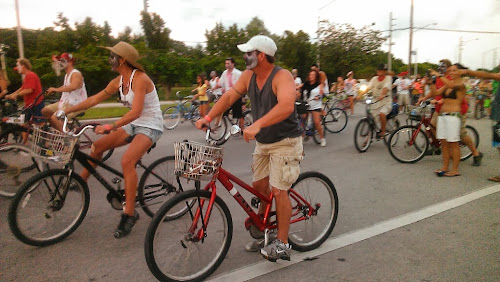 It used to be the local's parade on Friday night that enjoyed a level of anonymity and simplicity which it has outgrown. We still go and I plan to this week also but it is hard to find a quiet corner of simple goofiness. Apart from the excessive numbers the Zombie Ride does a good job of do it yourself fun. 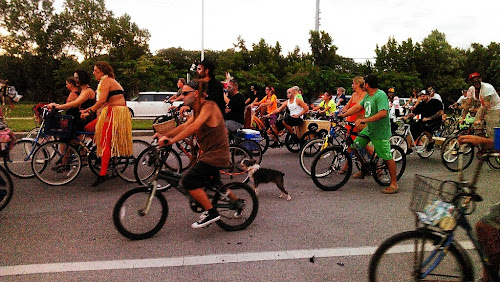 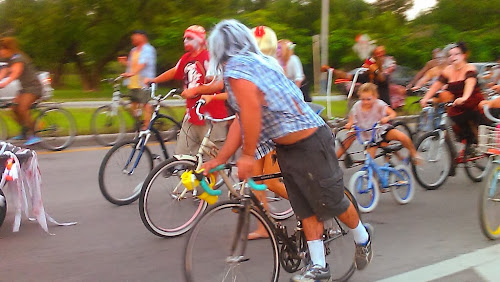 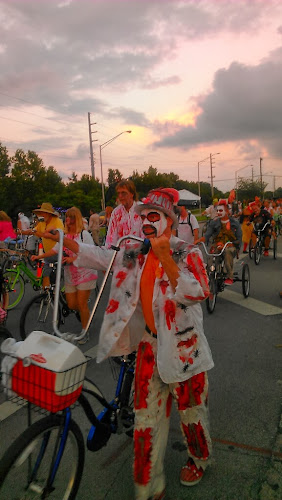 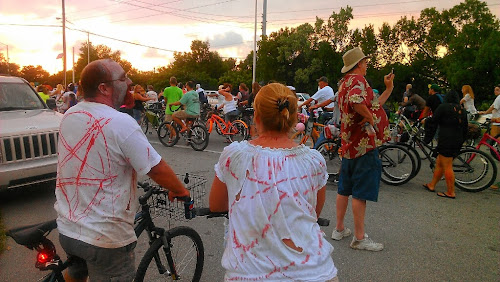 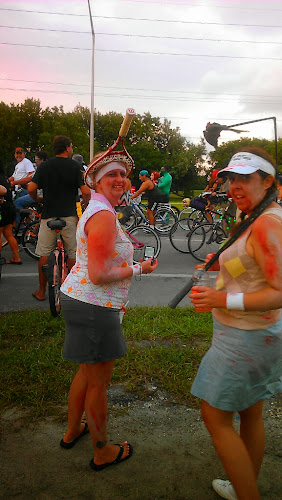 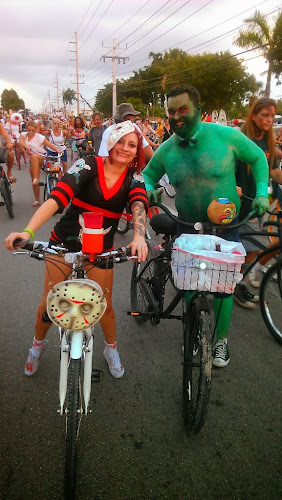 Megan and Fred above, Cathy below in the black dress. Occasionally people you know expose themselves in public. 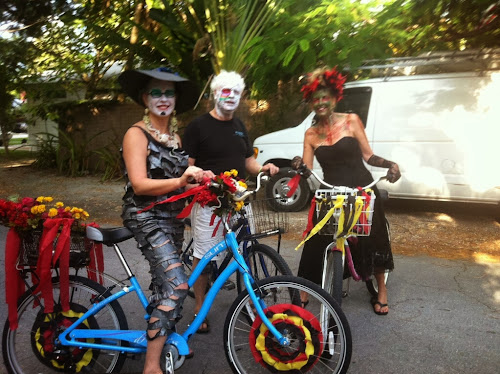 Traffic control was busy trying to keep things moving. I parked the Bonneville on Cross Street and walked. Friends downtown said Duval Street where the ride ends was full of cyclists... 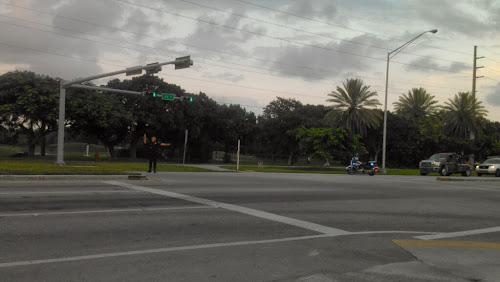 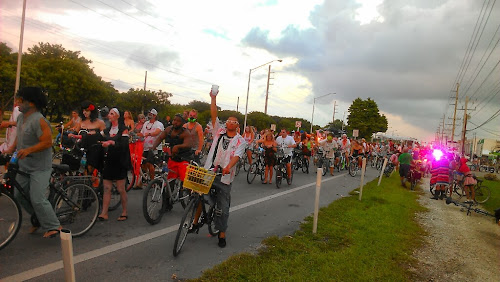 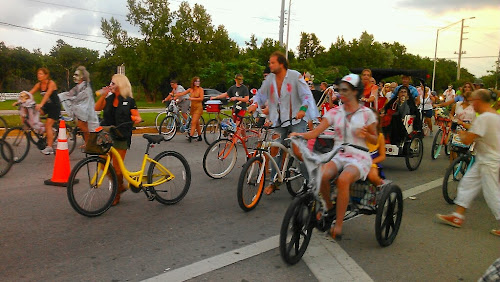 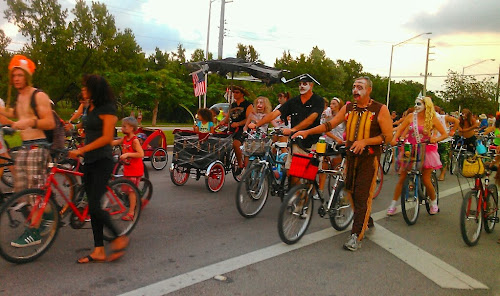 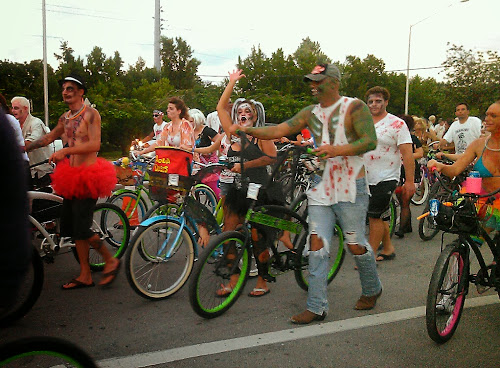 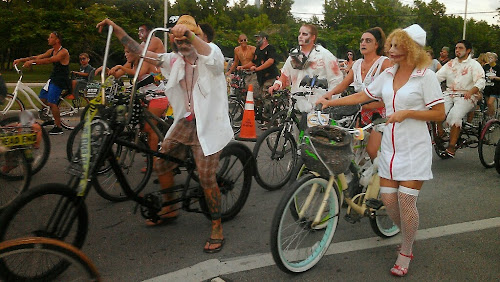 And then they opened the road... 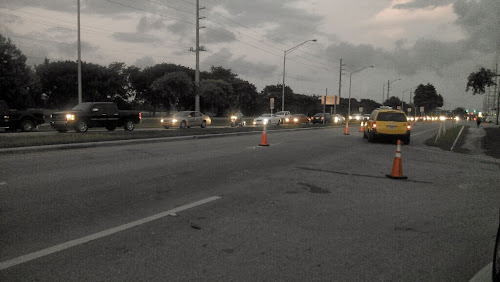 I had a nice ride home in the gathering dusk, in the opposite direction.