We haven't been out for a while early in the morning so when Rusty stuck his cold wet nose in my armpit at 4:45 in the morning I figured he deserved a pre-dawn city walk. 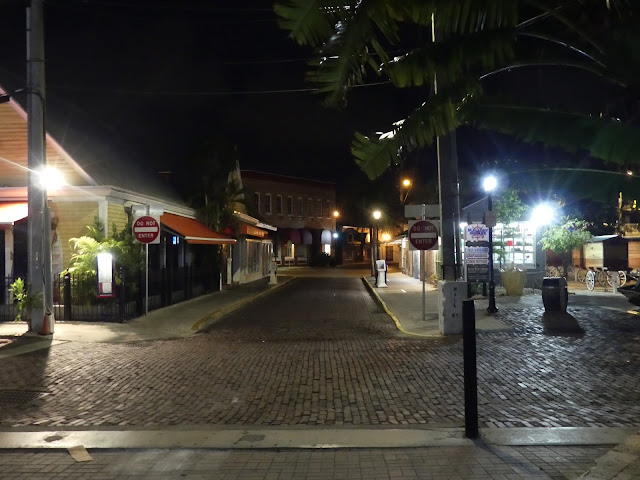 Tift Alley, above, is named for Asa Tift a wealthy Key West businessman who added to his wealth with waterfront warehouses and the business of wrecking. Wrecking is a much misunderstood trade which is not surprising  considering no one has done it legally for a good few decades. 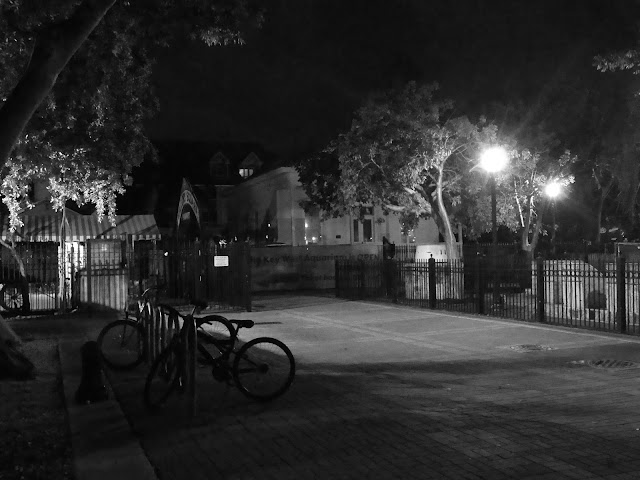 Wrecking was a salvage business and wreckers saved lives and cargoes if not the ships carrying them when they hit the reef. Where wrecking got a bit dodgy to put it mildly was when the wreckers set the ships up to go aground by putting out misleading lights at night. Done legally it was quite the business and gave people the opportunity to make  a fortune from a dangerous business. 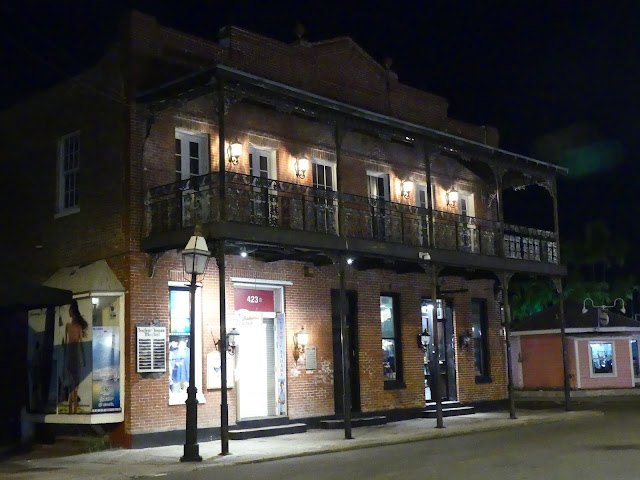 Key West thrived from the shipping that passed through the city. The latest European fashions were seen here first as traders stopped on their way to the big wealthy cotton cities of the south, Galveston, New Orleans and Apalachicola. They didn't have the Internet but they had catalogues and ordered furniture and furnishings and clothes from London and Paris. And when the ships ran aground trying to get into the harbor the wreckers salvaged the cargo and were awarded values by the courts. 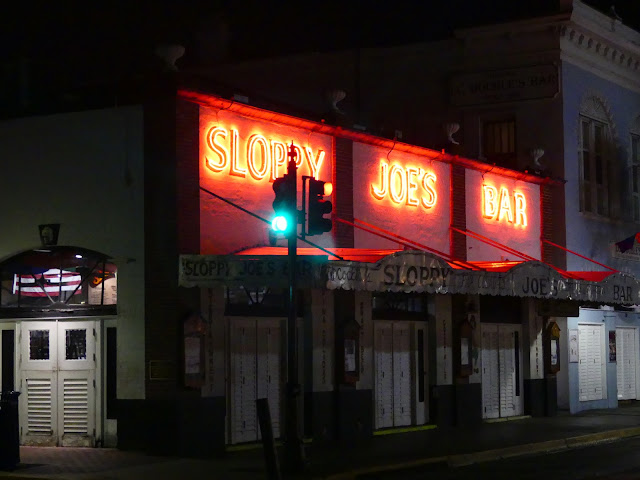 Nowadays bars are the goldfields but not for everyone it seems. IC  Doubles caused a stir by closing temporarily which is generally viewed as permanent until proved wrong. That didn't last. The place on Fitzpatrick that never seems to make it hasn't in it's latest dog friendly incarnation. 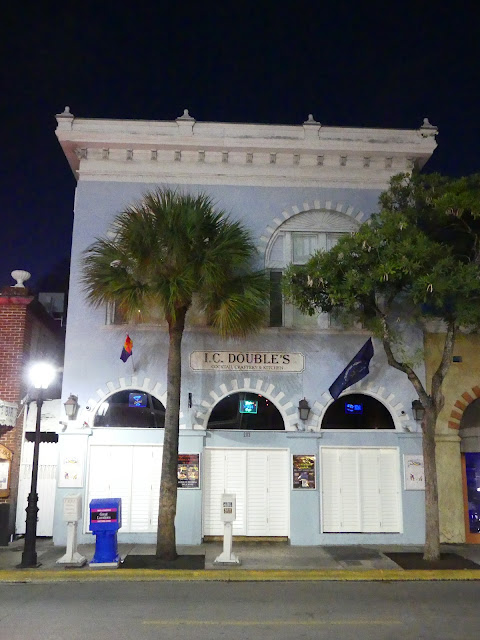 I liked it when it was a Spanish sandwich shop  a couple of incarnations ago. It became some other stuff including an Italian place spun off  from the successful Onlywood but that didn't last either. The latest version has closed for a long vacation and Henry and Eli's to my chagrin welcomed dogs. Who knew? Not me, and now it seems to be too late. They'll be back they promise after an unspecified vacation. 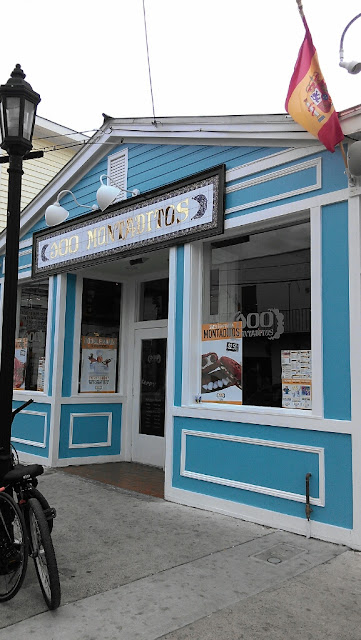 Duval Street is where the action is. Except at five in the morning when it's me and Rusty and later some street cleaners. 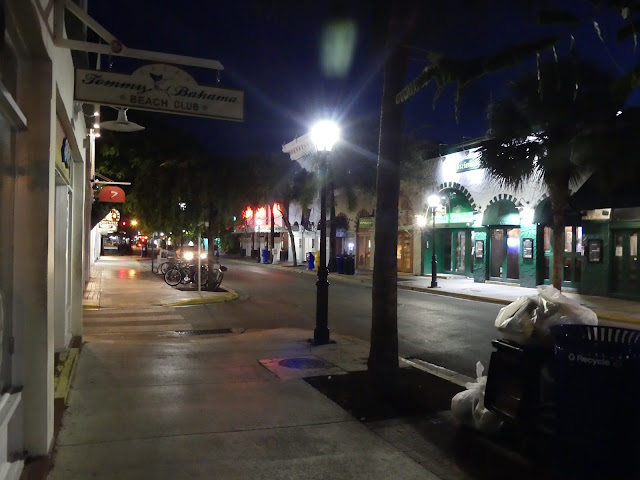 CVS on Duval, one of the many chain pharmacies littering Key West these days, distinguishes itself by showing off local art, a tradition of the former tenant, the late lamented Fast Buck FReddie's Tropical Department Store. Pretty cool, and the store is open 24 hours if you need a beach ball at two in the morning. Or sunscreen. In this town one doesn't ask what for. 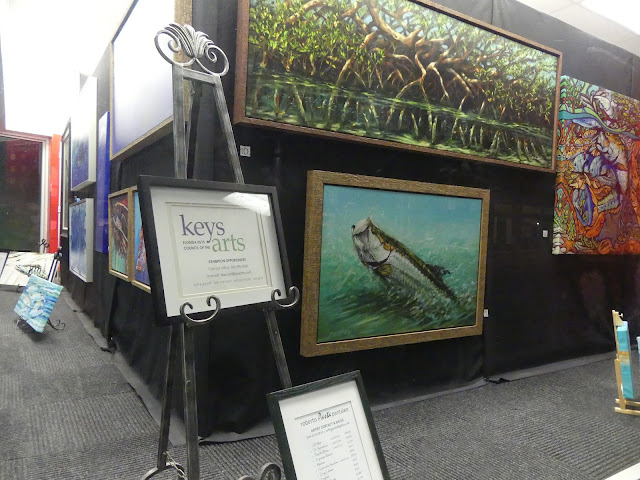 With the arrival of dawn we are both  hot and tired though I'm not dragging my tongue. 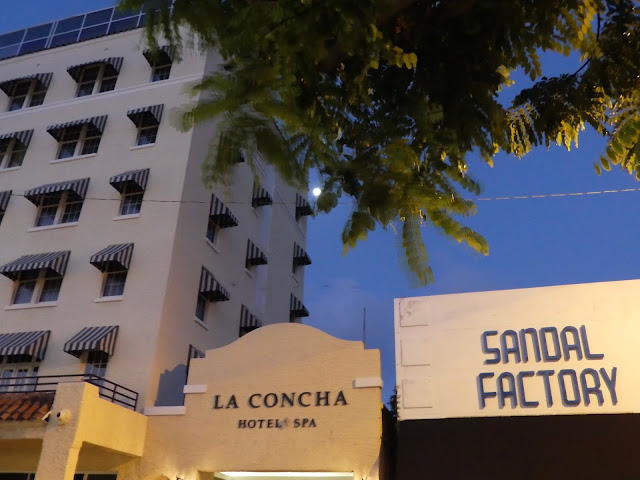 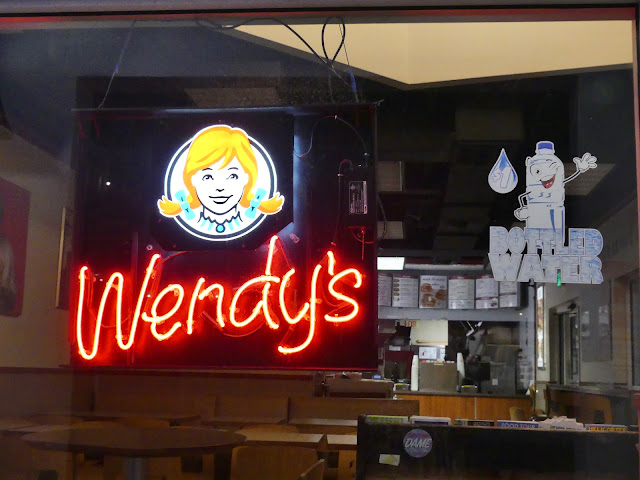 While the other highly fashionable product is CBD, cannabidiol which we are reliably informed won't give anxious humans a buzz though it is some sort of highly fashionable cure all snake oil. I have been advised it will calm a dog during a thunderstorm. An actual cure all. Had the surgeon rubbed it on my spatchcocked pelvis I'd probably be lifting world record setting weights by now. 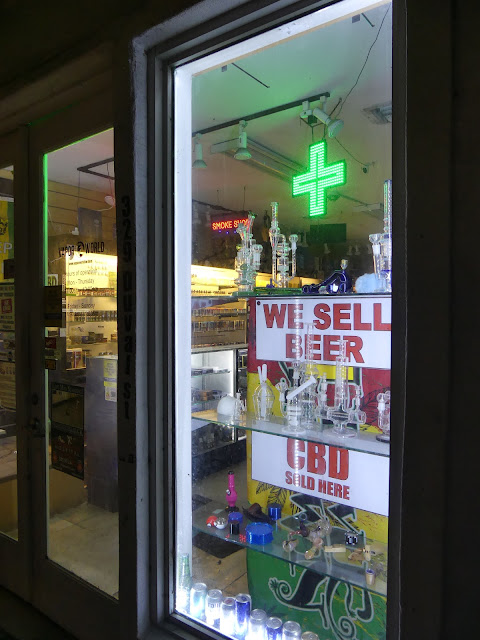 Rusty didn't need CBD for a deep restful sleep after two hours walking. And neither did I. 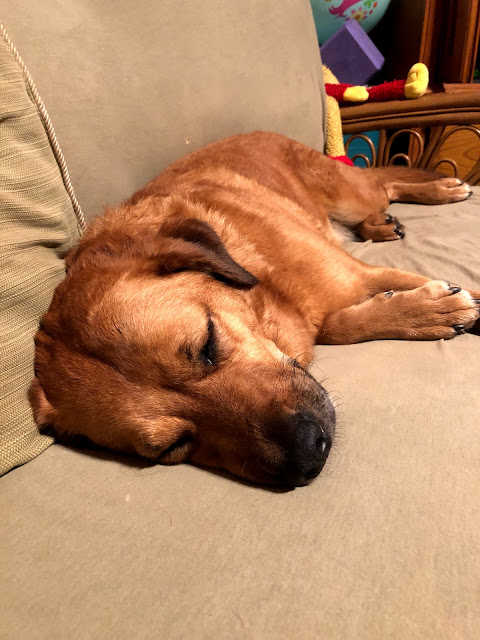 I thought the BBC had an article on CBD this morning but it ain't there now. I found this about the Ocracoke dialect though.
http://www.bbc.com/travel/story/20190623-the-us-island-that-speaks-elizabethan-english

Super fun and interesting blog today. How you guys get up so early for a walk is beyond me. The best part is that you take us along. All be it, at a later hour. It’s always just like being there. That’s a good thing. Thanks for sharing. Michigan. P.S. the pictures of Rusty ‘ conked ‘ out are always so cute.

Albeit (????) Michigan. Not sure how that happened.

I sleep and wake at odd hours. Some mornings we walk in town as the woods are too dark to see.