Four years ago today I drove up to the Homestead Petco around ten o'clock on what was  a Friday morning. This Is The Dog had put Rusty up for adoption twice before to no takers. My wife had heard from a  friend about this unwanted dog and as Cheyenne had laid down and died of her own volition just a week before  I surprised myself by being ready to adopt at once.  Not having to decide to give Cheyenne the needle made it infinitely easier to accept her death as it was on her own terms and at the time and place of her choosing. My last picture of her as she prepared to leave me: 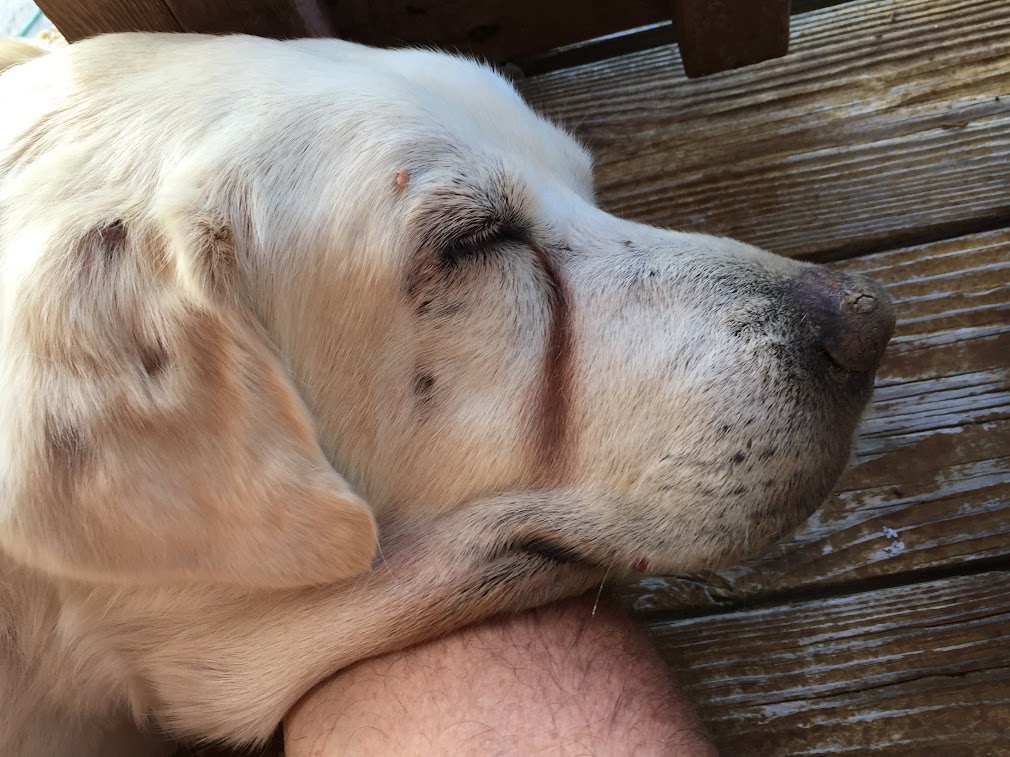 Old age is merciless but she was generous to me to the last. 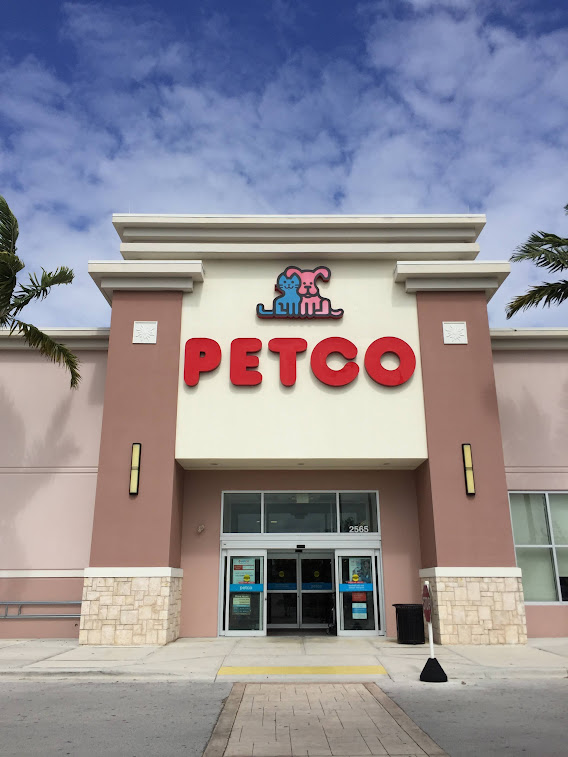 My plan was to get an unwanted older Labrador, the sort of dog that's hard to place as they are viewed with unwarranted suspicion by people who want "puppies." Cheyenne was once an expensive pedigree puppy dumped when her shitty family decided she was too old. But lucky for Rusty I wasn't looking for an expensive fashionable trophy dog. Lucky for me too as it turned out. As you can see when I first spotted the little runt I wasn't really focused on the people who saved him from the streets: 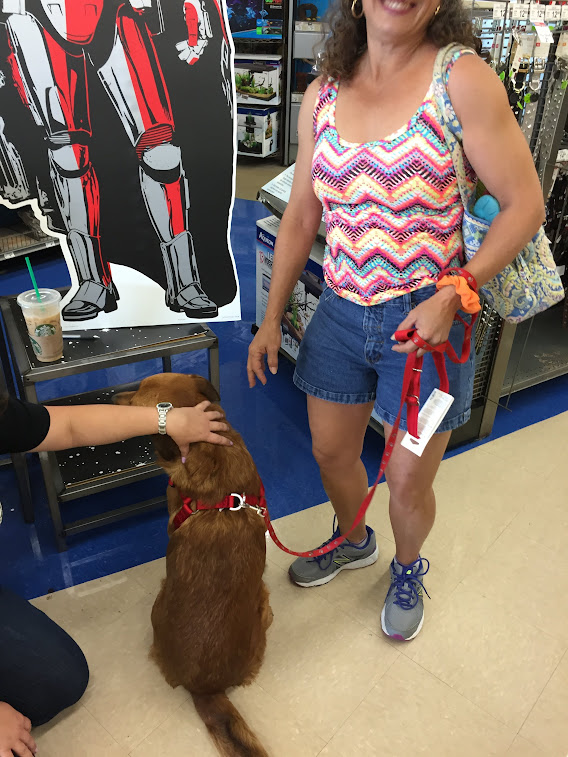 He was dumped in the Redlands of Homestead  where he led a pack of dogs that were killed off by angry farmers using shotguns and poison. When he was the last dog left he surrendered to the good people of This Is The Dog who had been following his progress for months, To this day he cannot stand fireworks or gunshots though he has learned not to run at the mere sight of a big dog and he pretty soon learned to sleep soundly with both eyes closed. This was a picture they posted of him on Facebook when he was a stray: 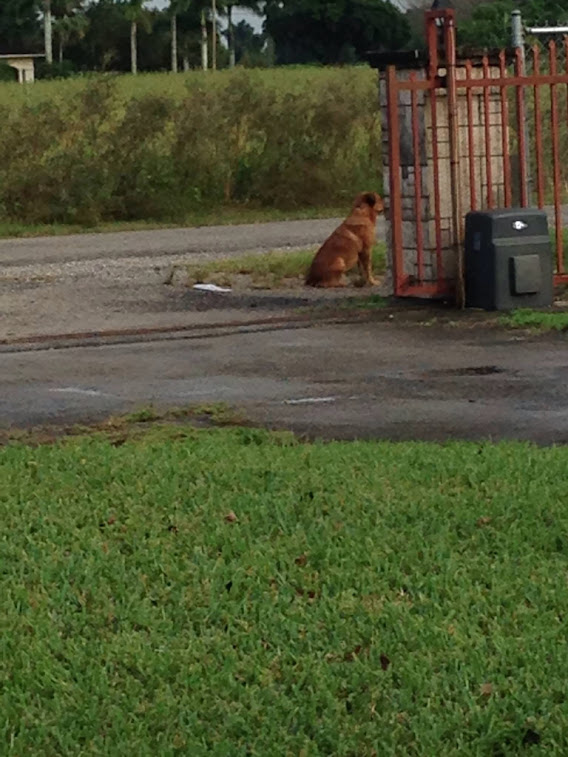 He whimpered a bit as I drove him away from the only people who had ever shown him any kindness but we stopped along the way and he sniffed the sidewalks and stretched his legs as he got used to riding in a  car. He wasn't overly impressed by this guy's overtures in Marathon: 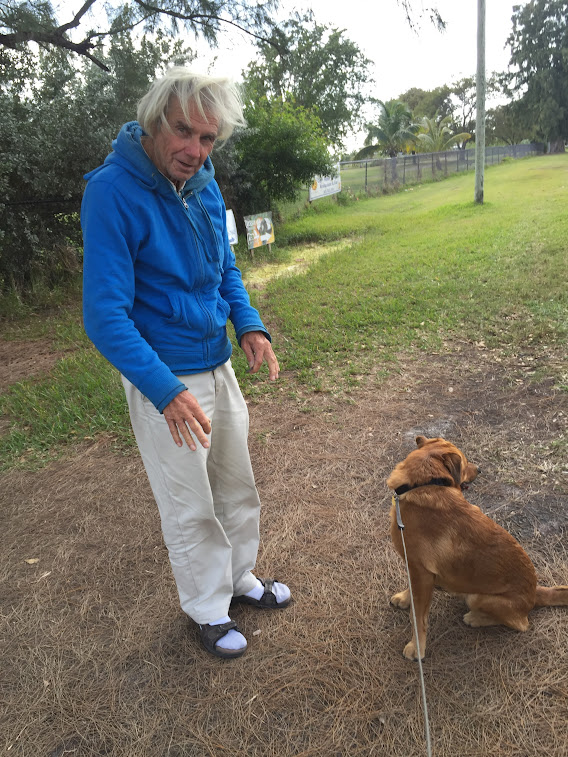 I always get confused as to why people abandon their dogs. From early days Rusty did his best to please me and apart from a  couple of times when I lost my confidence and yelled at him we have had pretty smooth sailing most of the time.The times we didn't were down to me not having faith in myself which my friend Webb says I need to get over. Rusty agrees and by now we are like old friends and he understands me faster than I understand myself. 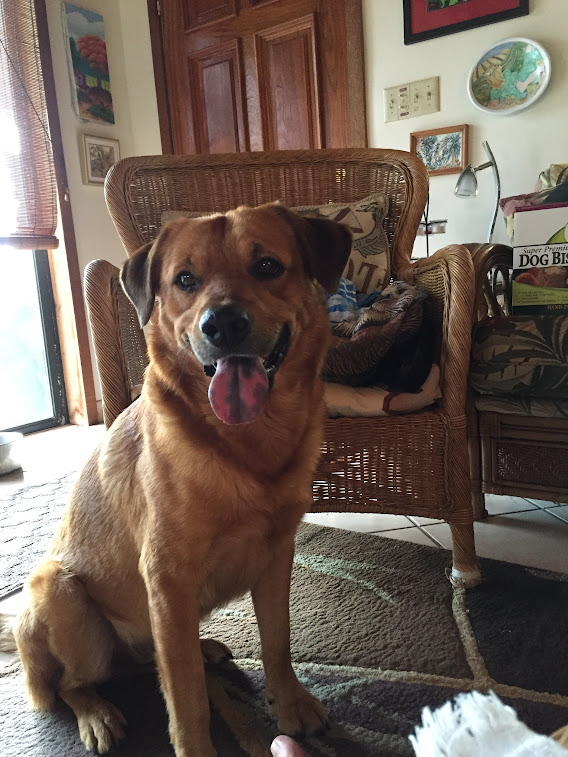 I have lived with some really excellent dogs who have put up with my eccentricities over the years but Rusty has attained a new level of understanding. Right from the start we bonded and when I was in the hospital in 2018 I worried he would forget me. 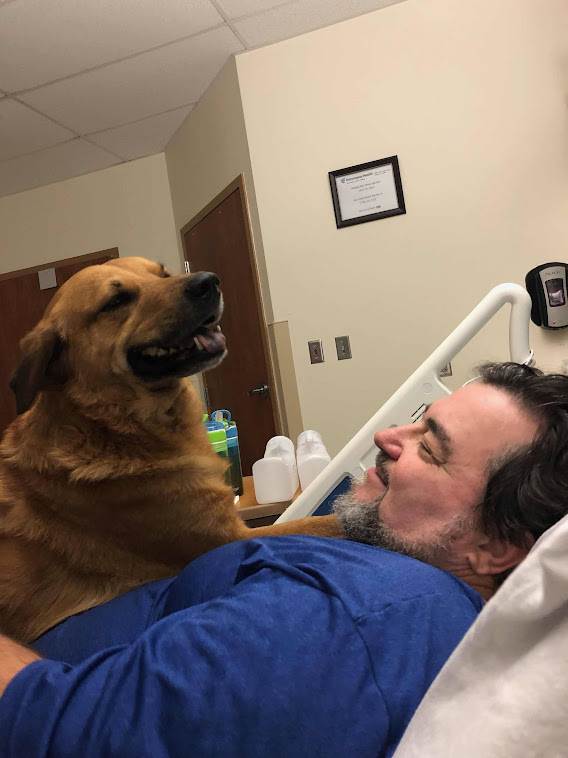 He never did of course and my wife told me he started whining when she turned onto the street leading to the hospital when she brought him to visit me. But right from the start he kept close like he knew this was it for him.. We tried to fence him in to keep him safely off the street but he put paid to that plan easily. In the end I figured he probably could handle our genteel Cudjoe neighborhood after dodging the angry farmers of the Redlands and surviving.

The start of a beautiful friendship. 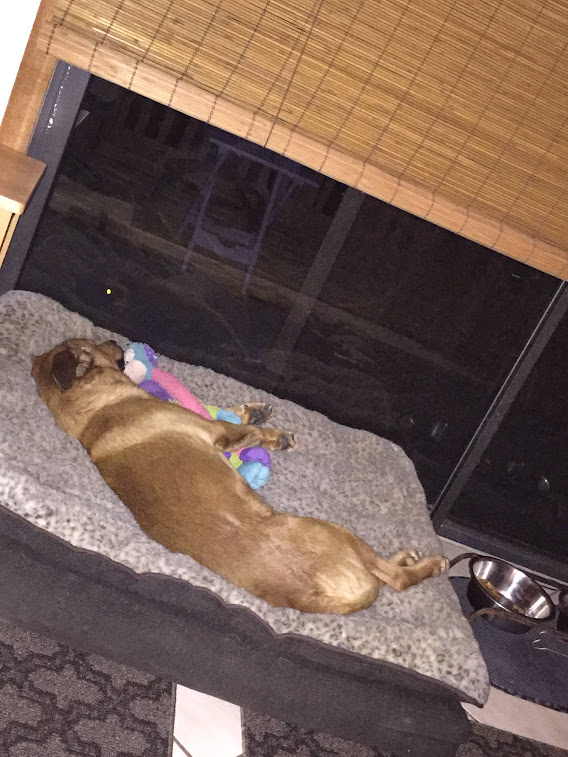 We did negotiate the bumps, for instance we learned he much prefers curling up in a tight bed that supports him on all four sides. He reserves the couch and our bed for those rare occasions when he wants to stretch out and the open plan dog bed just wasn't for him. But we have had lots of time to learn the little Prince's quirks and to adapt to them. 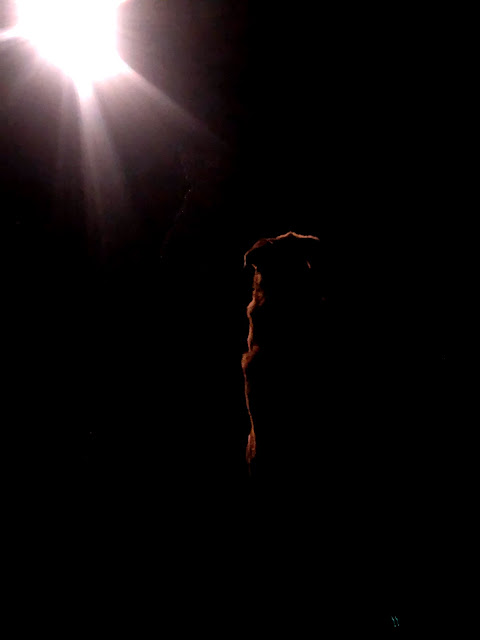 Long may he last for we have much traveling to do.
Posted by Conchscooter at 12:00 AM

Always enjoy seeing Cheyenne and Rusty in your blog entries. The first and last photos in this one really touched my heart.

Thank you. Rusty would but he is tired out.

As I’ve posted here before, both, so fortunate to have found each other. A perfect match.

That preference for a smaller bed will play out nicely in the confines of the rolling house!