5:41 am and you wouldn't expect to see anyone crowding the sidewalks of Duval Street. 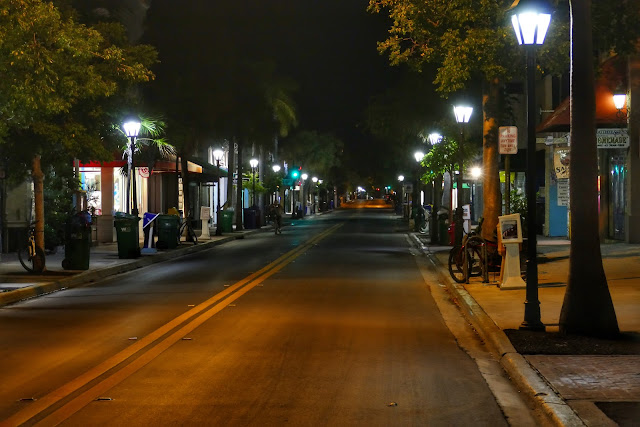 The thing is I find myself unwilling these days to wander downtown in a world where mask wearing compliance is still spotty and requires constant surveillance and warnings from police officers. We have been quarantining ourselves since March 15th, avoiding  indoor locations, staying away from crowds and crowded businesses and doing all the other stuff recommended by scientists and so far it has worked. My 65 year old wife with the compromised immune system is not among Florida's 8,000 dead. And apparently I am not among the half million and more infected. 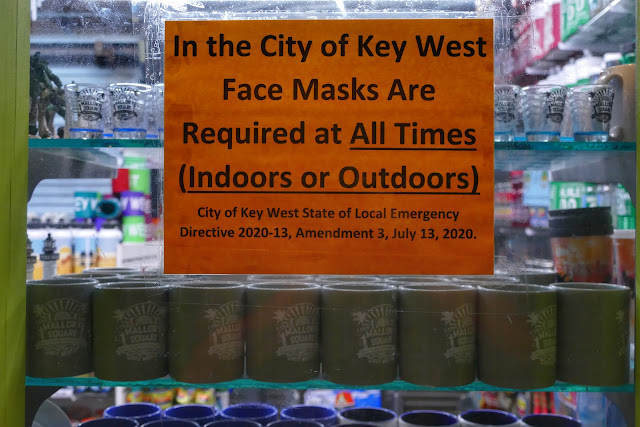 To take a chance at this point seems extremely stupid. Even on our camper van vacation we followed the same self imposed rules which our self contained Promaster made possible if not always enjoyable, but as delighted as I am by the Russian promise of a vaccine I am not ready to let my guard down. At work I sit at my desk and listen to officers on the radio report their covid checks and advise they gained voluntary compliance as they patrol shops streets and beaches. No dispatches have yet reported being infected so as usual my office is taking care of us. Officers who meet the public haven't been so lucky and several are in quarantine and at least one that I know is infected. It is inevitable I suppose even as infection rates in Florida finally start to drop. So here I am walking around alone, masked and in the dark. 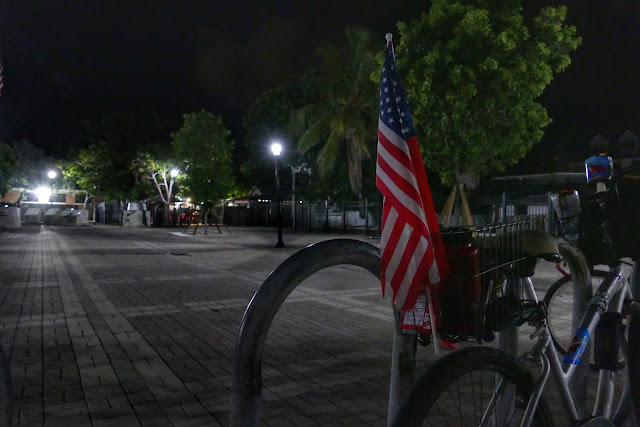 With more than three weeks away Rusty had lots of smelling time to make up leaving me to trail along pondering life and emptiness and the lack of live theater in our lives. I do miss that. 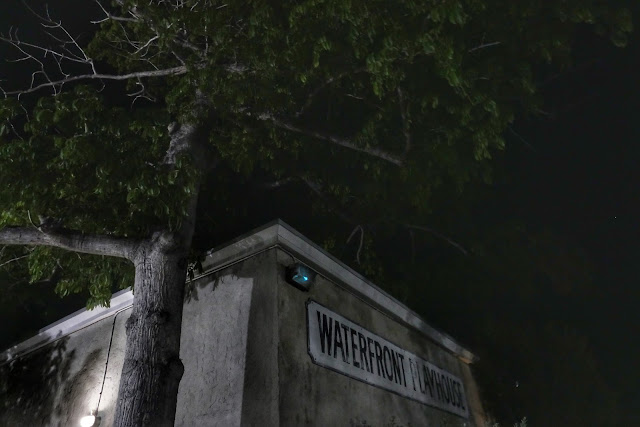 Commercial lobstering is underway and continues through the winter. I was delighted to be Up North during the hubbub of mini season. Every year the Keys offer the public two days of lobster hunting  prior to the official commercial season opening. It is an endlessly controversial practice trying to balance hospitality demands for more visitors in low season versus the noise traffic and on the water confusion of massive crowds of people who act as though they can't afford to buy lobster at Publix. Furthermore, and this may come as a surprise, some of them steal under sized lobster and a few of them leave trash behind. Just a very few of course but people who live in the keys face mini season with a sense of dread. To be climbing Sleeping Bear Dunes in Michigan at the time was simply a bonus. 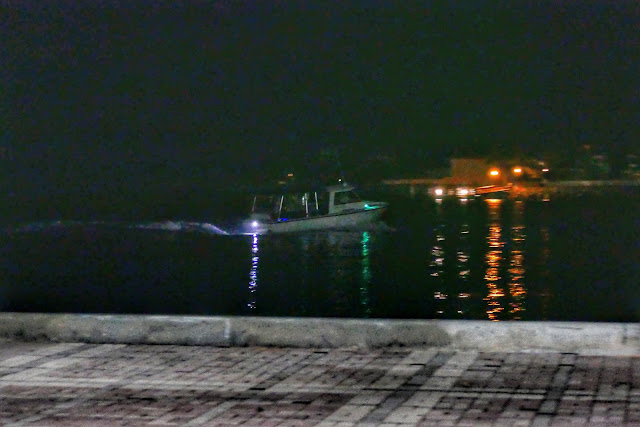 Besides the lack of crowds it was nice being out walking Rusty before the heat. I have missed this part of the keys since well before my vacation. Maybe we haven't been here for as long as six weeks? 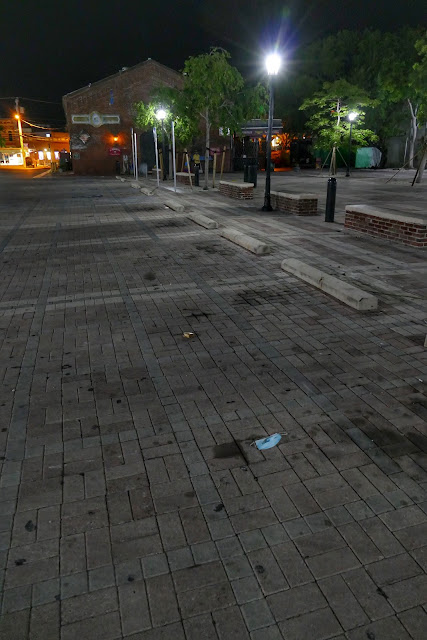 There is, if you need it, a mask looking for an owner at Confederate Secretary of the Navy Square.
Posted by Conchscooter at 12:00 AM

KW being KW I'm surprised no one has put masks on the permanent residents of Pez Gardens or Pez Park or whatever you call it.

It drives me nuts the number of masks i see on the ground. I‘d like to assume they were originally on little kids who shed them like they do shoes, but i suspect not...😡

Masks - I only photographed one but not the others I saw to avoid being tedious. Maybe I should make a collection. Plus you can't pick them up to put them in the trash.... Pez Garden masks nice idea.

Hello everyone are you a forex/Binary/indices/crypto trader? or you Have heard about it for long and right now you wish to give it a trial ? please also be careful of these unregulated brokers advertising on the internet.
You can avoid loses and also make good choices when choosing a broker to trade with.
So i am recommending an expert(78 years old woman) who is well known all over EUROPE/America for her master class strategy, and her ability to recover loses no matter how long it must have been, she also gives free tutors for beginners.
I share this because she has led me(and so many other people) away from the paths of failure into success for over 3 years now that I have known her and
I'm making huge amounts of money through profits.
Its a blessing to have someone like her
Helping people like us at this time
To reach out to Mrs Deja Ellie is very easy and she is ready to take up the challenges with you.
All you have to do is drop a mail to her email address -( Dejaellie@gmail.com ) i shared this to help someone, you can also share to help someone else too!!!