There are many things to complain about life in key West and it is a litany all too familiar to anyone who claims acquaintance with the Southernmost City. Prices are too high. Well of course they are when there is so little land to occupy. There are too many bums. To that query one has to ask would you rather be homeless in a snowdrift or spend a sunny winter's day on the bandstand at Higgs Beach? 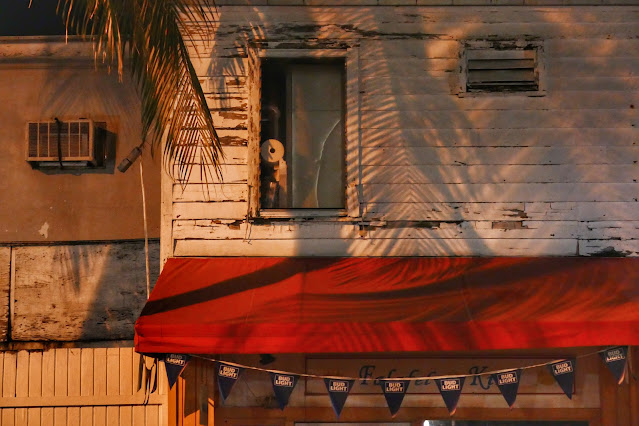 Parking. Don't get me started. Everyone complains about parking everywhere all the time. When I worked night shift callers would get on the administrative line to the police department to call out parking control at three in the morning to ticket a car in a residential spot without a parking sticker. At three in the morning parking issues are still high on the list of irritants. 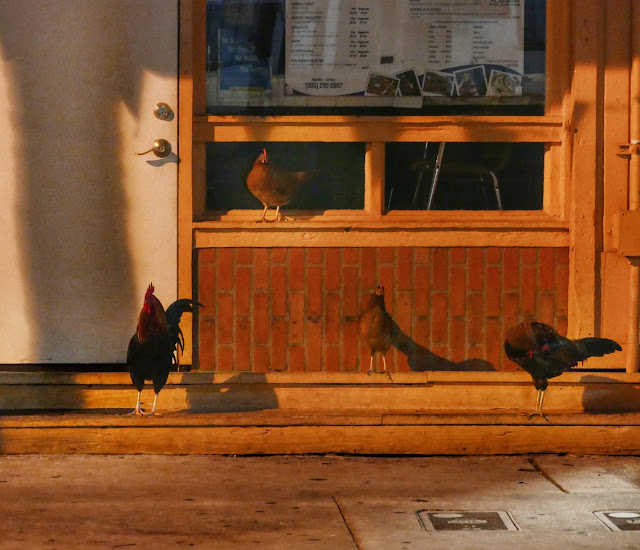 Wild Chickens. Most people profess to love them, and they are a tourist attraction but personally I prefer native birds like ibis which are clean quiet and dignified. You have to give credit to chickens on the streets, as they are strong family units and they stick together. Rusty hates them and will turn back or cross the street if he spots a chicken or a rooster defending their family.  Cockfights still go on in the shadows as they are and should be entirely illegal. That's what's happening when you see people trapping roosters and hauling them off to burn their combs and strap spikes to their ankles and set them to killing each other. Not at all nice in our gentrifying town even if as some claim it is a cultural thing. Some chickens, some culture, to paraphrase Winston Churchill. 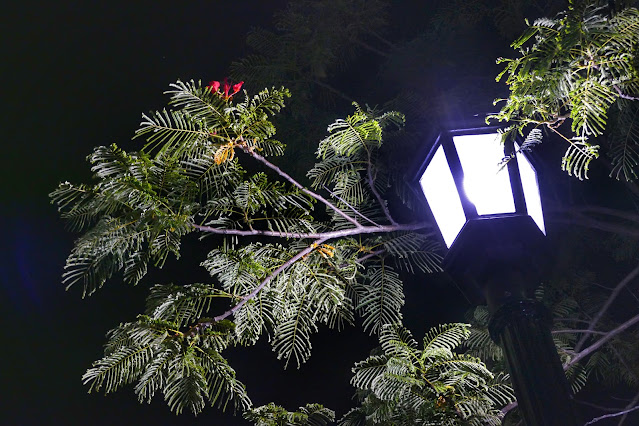 Leaf Blowers and Mopeds. Basically when you live in a city of 23,000 with millions of visitors and an enthusiastic part time population of millionaires eager to prove themselves as artistic Bohemians you live in a place where noise and silence compete vigorously. 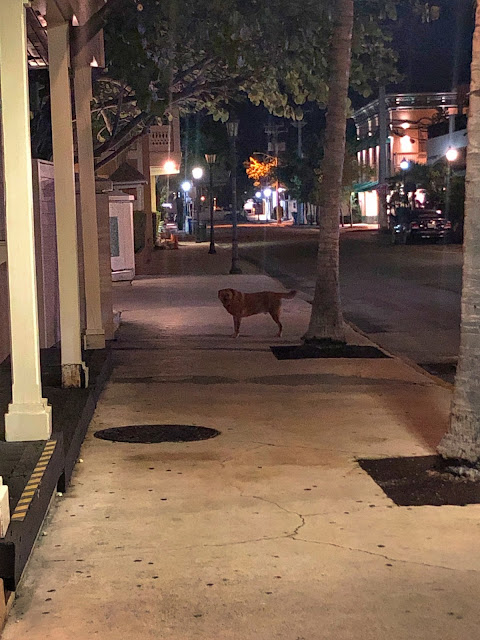 Traffic. In an effort to defeat traffic the city has imposed a twenty mile an hour speed limit making everyone a criminal. Overcoming the car culture  is not, as you can tell , going very well. I'm very supportive of the idea of making Duval Street a car free zone but the fanatics on Facebook pissed me off when they used (and use) my picture to illustrate their position without so much as a by your leave. When I pointed out the bad manners they ignored me. I don't have strong feelings about copyright especially as I don't have an army of lawyers to back me up, nor do I make any money from anything I do here but you'd think they could extend the courtesy especially as I point out I am fine with reproducing my pictures if you give me credit. Not a chance from that lot so their car free efforts leave me cold as much as I'd like to see Duval become a pedestrian zone. 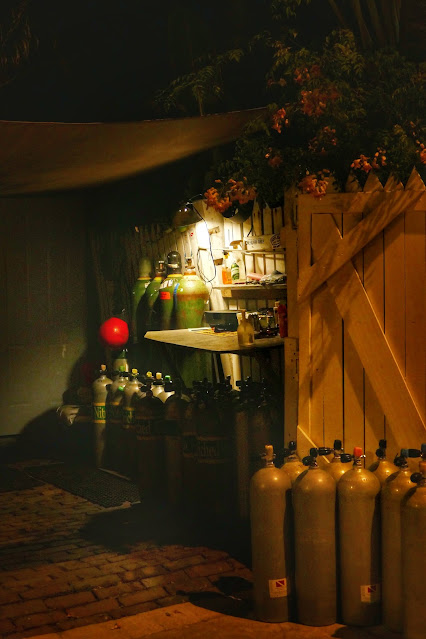 Young People. I have heard good and bad about growing up in Key West, as I know quite a few people who have done just that. Like any life experience the passage through childhood is colored by the world around you, and happy families seem to have produced, not surprisingly, happy young Conchs. This is a town that worships youth sports perhaps because the competition is so far away but young baseball's routinely (before Covid) traveled to Miami and up and down the Keys taking on all comers without mercy. Parents have been known to get over. enthusiastic at Little League and the performance of adult coaches is scrutinized with all the intensity of major league statistics. The Citizen has, I am told, superb youth sports coverage. The other side of the ease and freedom of growing up in Key West is the claustrophobia. Being allowed to roam free on the island also meant that everyone knew where you were and what mish=chief you were getting up to. Getting your girlfriend pregnant when neither of you was an adult got some stares in the aisles of Publix, I'm told. The attention he said wasn't unwelcome, making him a stronger young man than I would have been. Adults in this town carry over attitudes about young people who struggle to break out driving too fast, being stupid on the water and testing the limits as young people will, only around here there isn't much room and that makes being wild even mildly wild, a difficult thing to get away with. 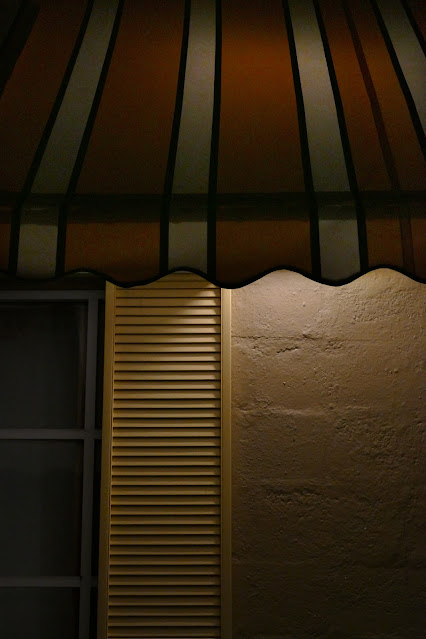 Drinking. I am not a very good drinker as alcohol knocks me out. I don't fish and I am not fond of bars two reasons why I walk the mangroves with my dog and plan an ambulatory retirement making tracks up and down the country. I got a call the other day about a man walking around Truman Avenue wrapped in a sheet. Oh I said before I could stop myself, just another day in Key West. Luckily she thought that was funny and we remarked on the fact that perhaps he didn't know Fantasy Fest was canceled this year. The truth about his situation was rather more prosaic: he had vomited copiously on his pants, presumably after a night hard at work not fishing but doing the other thing. While his pants were very properly getting washed and dried all he had to wear was a sheet so he draped himself in his toga until the evidence of last night's excess was washed away.  We joke about drinking but the effects of going beyond your limits are not always spectacularly cultural either. It is a lifestyle that will keep on clashing with gentrification. 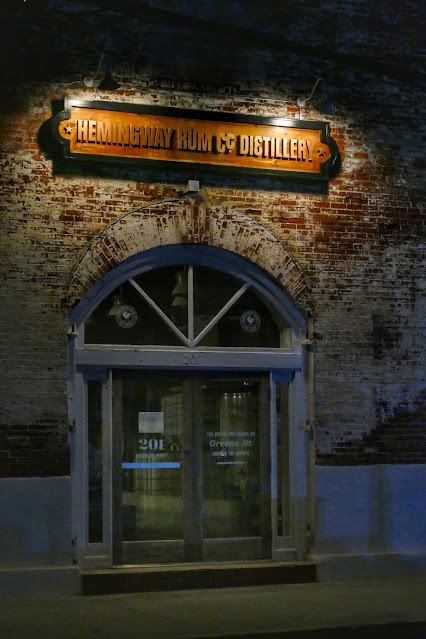 My plan is to cherish as much weirdness and stupidity and cheerfulness as there is on offer for as long as it is on offer. It's easy for me as I live 23 miles away with lots of room to park my cars, no ambulatory drunks, not much noise, few young people and my own canal to swim in on my afternoons off. I just get to walk among the irritations and problems that plague residents of Old Town and upset some of them. It's all good as they will keep on telling us. And let me tell you while I have your attention how much that stupid phrase  "it's all good" annoys me....blah ....blah....blah..there should be a law....(walks. away ranting to anyone that will listen)....(lights. fade....) (blessed silence).
Posted by Conchscooter at 12:00 AM

Compared to what goes on in many cities, consider yourself lucky. No armed carjacking, no drive by shootings, never had 82 people shot over the Fourth of July weekend, no armed robberies, etc.. Chickens roaming the streets are looking pretty good to me. When choosing city living, choose carefully. Looks like you have.

The tongue in cheek nature of my Saturday was perhaps too deeply hidden. I tried.