I feel vindicated after I read that Elon Musk is planning to move to Mars. It sounds like a joke but the second richest American says he plans to go into space in a few years and establish a colony on Mars. The bit that ticks me off is that NASA needs five billion dollars to get the project going and a man worth 127 billion can't write a check to help purchase his post apocalyptic  extra terrestrial home. Of course had I asked for a government grant to buy my more modest van retirement home I'd have been sent home with a  flea in my ear. 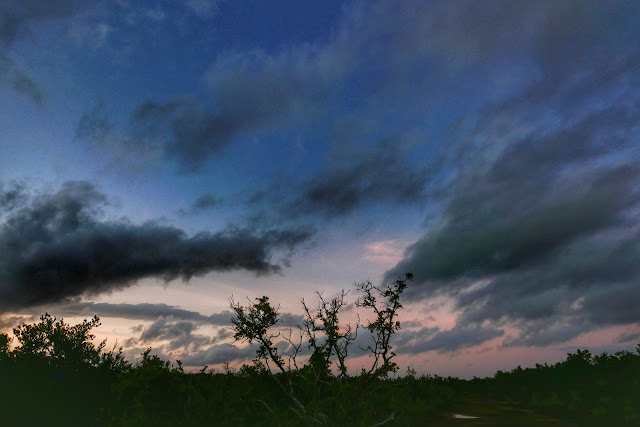 On the other hand if Musk manages to get his world wide satellite internet link going I will be grateful enough to overlook his dependence on my tax dollars to launch his interplanetary plans for himself. I'm not interested in living or dying on another planet and I'd rather see us figure out how to preserve this one but if I can live and travel in my modest little van with an internet link on the roof I'd be ready to sell out to Musk. Bought cheap you say? I agree but a $300 Earthlink dish will keep the photos coming to Blogspot so there is that. 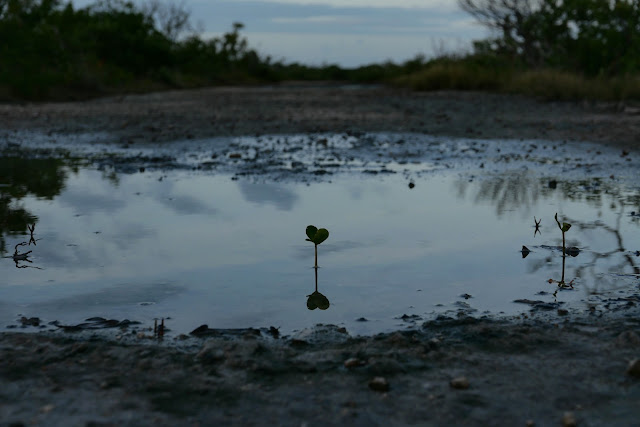 Mars travel boggles my mind but the idea that the wealthy might want to retire there to escape the climate change problems barreling down on us has been in my mind for a long time. It seems that the tiny amount of oxygen in Mars' atmosphere can be increased by separating molecules in deposits of water already found on the red planet and better yet underground brine offers even easier oxygen extraction according to people who understand the chemistry so the possibility of creating a breathable atmosphere is suddenly real. I wonder why we don't focus first on making home base properly sustainable before we go charging off millions of space miles to interfere with the ecology of a completely separate globe. I suppose feeding people, sorting out water treatment and preventing the destruction of rainforests is boring stuff compared to creating an artificial tightly regulated monochrome society on a  distant planet. It's like the dystopian movies are suddenly coming true. 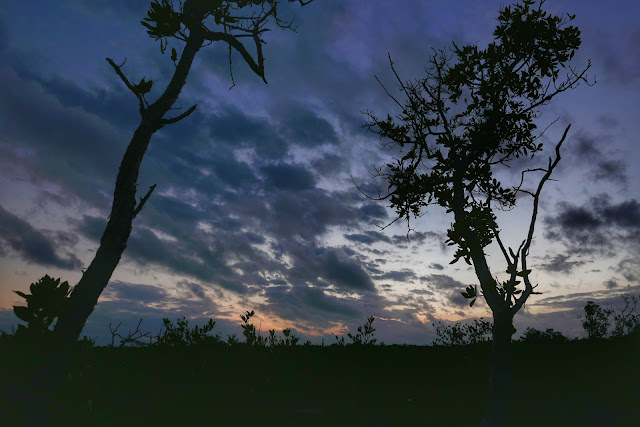 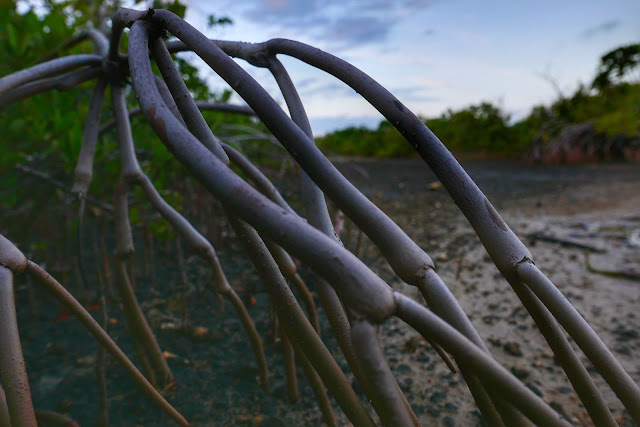 I like my place on earth, listening to the sounds of the wind, watching the sky change color, looking forward to a life separated from technology just a little bit. Which is the paradox of looking forward to a secure internet connection while living with cold running water and a porta potty.  We are allw eird in our own way. 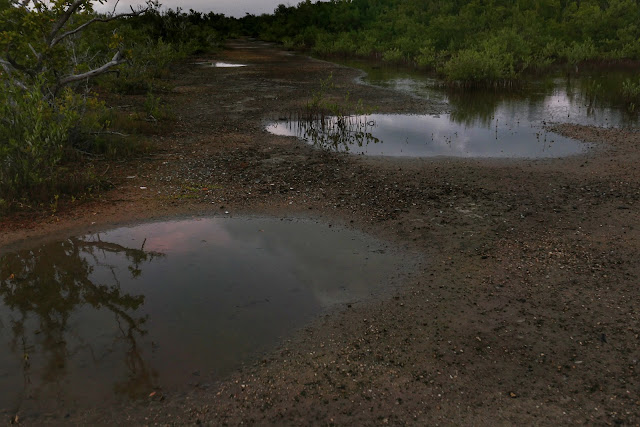 I think life in a red desert inside a biosphere bubble would be bizarre and sterile for me. Compare the surface of Mars as they describe it to us compared to the quiet joy of a lonely walk through the red mangroves of the Florida Keys. No contest. 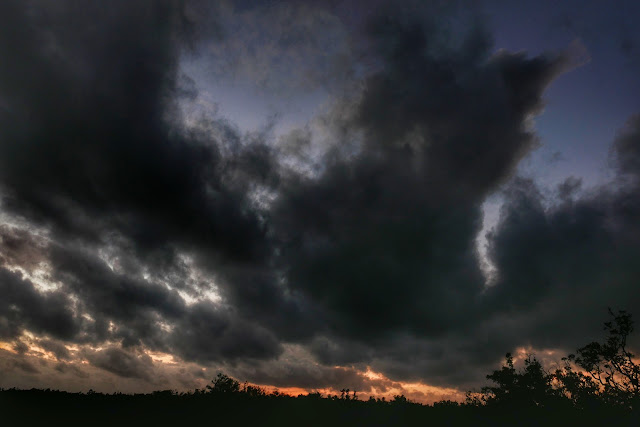 On a note closer to home my retirement plans living in a  van with a small footprint and hopefully with Internet access(!) seem to do well by myself and my family based on our vacation experiences. My wife says everything has to be done one step at a time, just like boat travel.    Washing clothes, a simple enough chore, can take all day, from finding the laundry to using the public machines, to putting everything away in the small van lockers.  And yet the pleasure gained from being footloose, having time to spend on a simple chore, not having to consider this a waste of time on a day off...sheer delight, right here on Earth.. 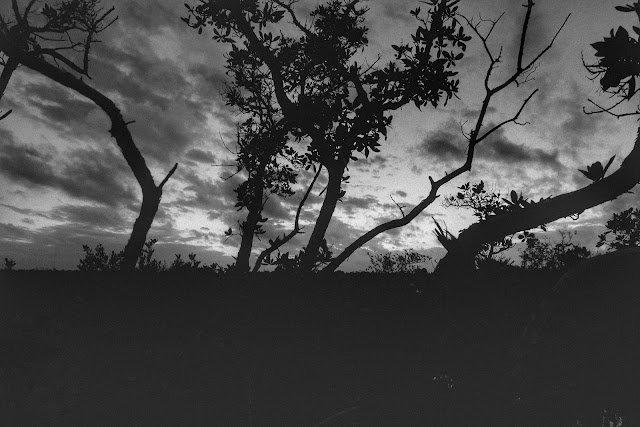 Rusty finds van life exhausting. He eats well and sleeps deeply spending his days alert and absorbing all the details of a life lived without routines. I suppose in a  way all three of us experience the tedium of daily living as a fresh new experience when on the road. He is certainly learning to adapt to uncertainty, though when we get home he runs up the stairs wagging his tail happily. 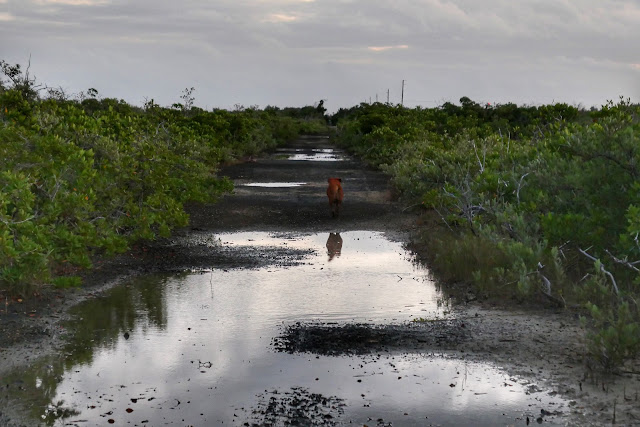 Astronomy is brilliant and landing on the moon was mind blowing but just last week the great radio telescope in Puerto Rico collapsed under the weight of its own neglect. The corrosion of things here at home seems pervasive as the private sector launches more rockets further away to create colonies of people living it up far from climate change. I feel lucky to be closing in on the end of my life and able to imagine a last adventure or two before the final curtain descends on my short span. I get the feeling if the leaders of our age put their heads together the entire planet could be a better place to live for many more people. But all signs say that continues to be a pipedream. 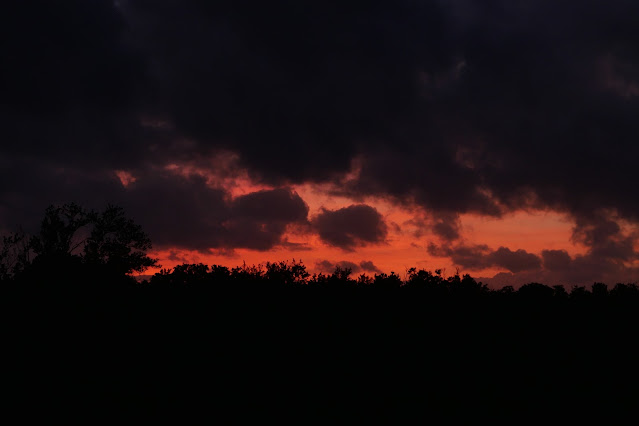 I cherish each day, dawn to dusk, early dog walks to sitting out with Rusty after the day is done. I can see the stars, the moon, even Mars if I look hard enough and I wonder how it is the world  is changing without me. I watched in awe as the astronauts who fired my imagination, the men of the Right Stuff, the pilots who flew to the moon, showed us the perils of the adventure of space travel. Now those pioneers are replaced by businessmen who want to fulfill a whim, a fantasy of space travel and settlement. I find it rather depressing, exchanging Buzz Aldrin for Elon Musk. 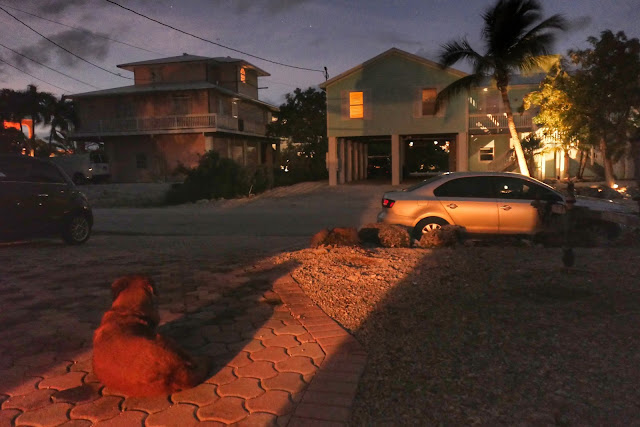 Still, the world moves on, one step forward two steps back shedding us little people as it goes. Better make our own plans to enjoy this sphere while we can and let the future madness take care of itself.
Posted by Conchscooter at 12:00 AM

Well said, Michael. Your insights, as usual, are spot on.

All the best for a calm and healthy Christmas, and more of the same in 2021.

1+ on what you said: I wonder why we don't focus first on making home base properly sustainable.

I am aware that we need visionaries. Without pipe dreams some achievement wouldn't have been made, yet we still fight polution, world hunger and climate change ( or in some cases... NOT).

Good Lord this wasn't your wife was it?

These are decidedly odd times we are living through. Peace and goodwill on earth...I hope.