I had not eaten a Cuban sandwich in a long time. I debated the exact amount of time with my wife and we couldn't decide if it had been one year or three and decided it was most likely two. Let's face it: a sandwich filled with meat cheese mayonnaise and lots of salt is not a health conscious choice so abstinence is not all bad. But once you have that flavor on your mind it's hard to dismiss it. 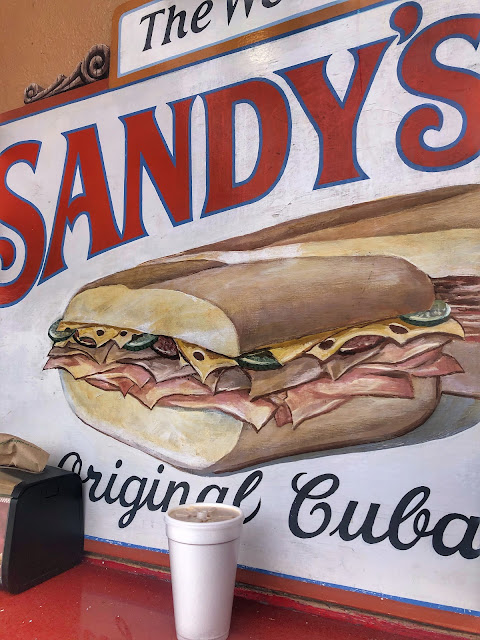 It happened that I was on foot on White Street and looking for lunch. I thought about the new sandwich shop at the other end of the street, Ingrid's Kitchen offering Czech food to rave reviews. However I had to be at this end of the street in not much time. I tried the Polish Market next to the gas station but Covid has shut their kitchen temporarily according to the babushka at the counter. So at that point I fell back, not unwillingly on the old stand by and they did not disappoint. 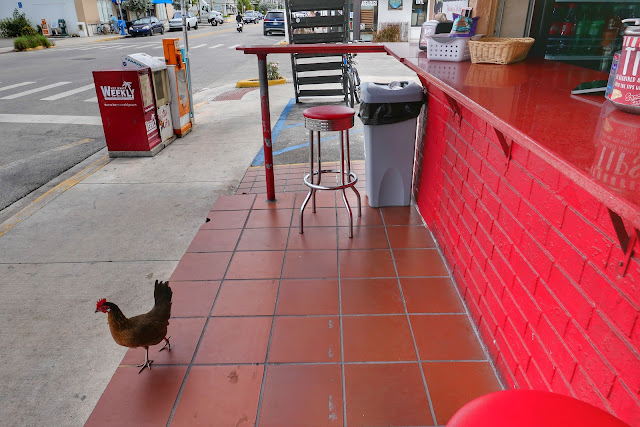 Sandy's had had a falling out with the employees who moved everything but the store up the street and opened a rival coffeeshop in a flurry of lawsuits and accusations over naming rights. Fernandy's came and went and the original Sandy's is still here and still delicious. A large café con leche and a heap of meat and cheese and calories and I was set to head across the street and deal with the title transfer on my scooter. 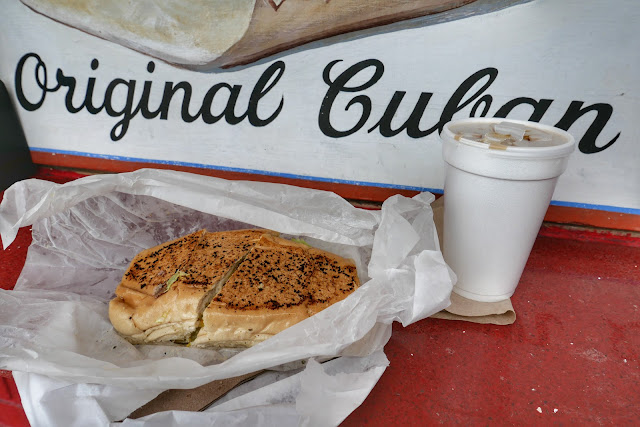 I like Sandy's and when I worked night shift at the police station three blocks away a strong Cuban coffee in the middle of the night was just the ticket sometimes. At the moment I work days and they are no longer a twenty four hour operation but every time I drive by that's what I think about, coffee and darkness. 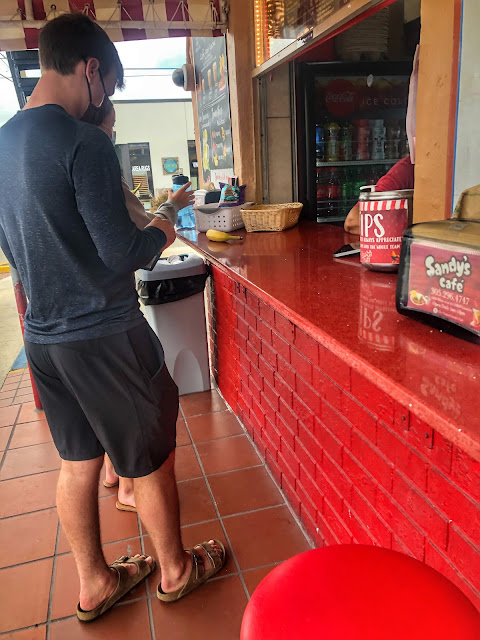 The Harvey Government Center where I was bound was harboring the usual collection of dubious characters: 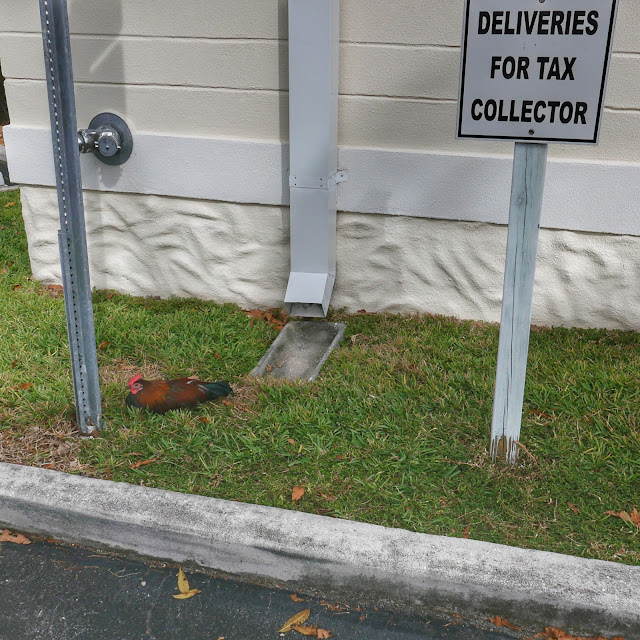 These guys failed to make the deadline for my chicken essay earlier this week so here they are parading around the grounds of the old school building at Truman and White. It's where we pay taxes, renew registration if we miss the mailing deadline and buy assorted permits. It's organized, the staff are very helpful and everyone wears a damned mask without arguing about it. I am so tired of mask protestors; if I'd wanted to deal with kindergarteners I'd have had my own. 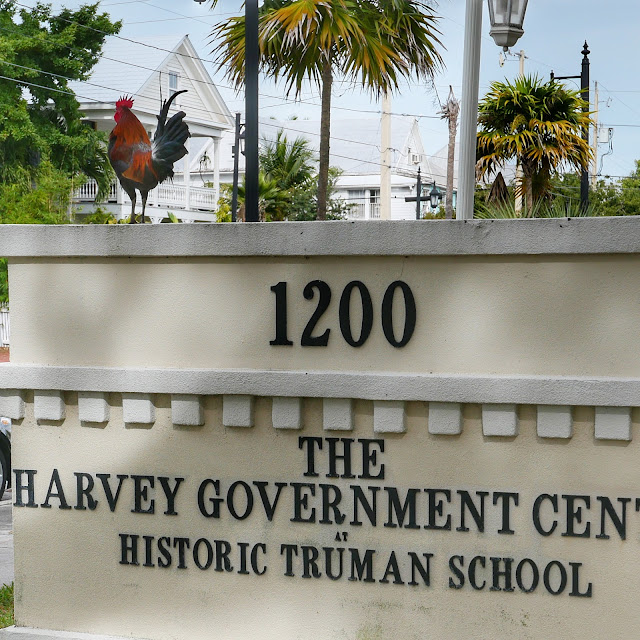 Stuffed with food and one hundred dollar bills I waved good bye to the Suzuki Burgman 200 and while I was at it I also waved good bye to Sandy's for a while. You just can't eat there every day you know. I mean you could but there would be consequences...

Yum..a coffee con leche and a a cuban sandwich all the way would sure be appreciated once in a while here in the desert. Sigh......

.... "coffee and darkness": may I borrow this ditty for my poem on darkness and regret?

Your writing supports a mountain of cues.

We stopped at King Seafood in Marathon to get some lobster and purchased Cuban Sandwiches there and found them to be very good.

Darkness and regret sounds excellent, use away.
We used to eat at King Seafood from time to time. If you need new tires the Muffler shop nearby is good (though the bosses are fearsomely grumpy). I look forward to going back after the virus and I shall try their Cuban, purely for research of course.


On our one and only trip to Key West about 7 years ago, we fell in love with Cuban coffee and Cuban sandwiches. During our 10 days there we tried Cuban Coffee Queen, Sandy's and Five Brothers Grocery and Sandwich shop..... our favorites turned out to be Cuban Coffee Queen for the coffee and Five Brothers for the sandwich but we agreed that all were good!! Miss that place... maybe we'll get back again someday....

Next year might be good. Sandys con leech is a bit harsh compared to some so you can ask them to make it light. Next time add Kims Kuban to your extensive list of places to visit!