It was not a lunch break to spend indoors so I took my big camera (a Panasonic FZ1000 with a one inch sensor and four hundred millimeter lens if you care) and went to look for things to look at. I didn't even get out of the parking lot before I spotted a group of three shady characters loitering in front of the police department: 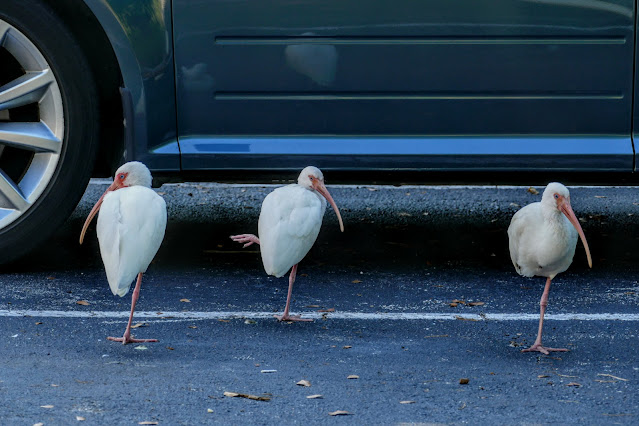 I got to Garrison Bight and pelicans were floating around, slow and easy to photograph and an elegant reminder that it is winter in Key West: 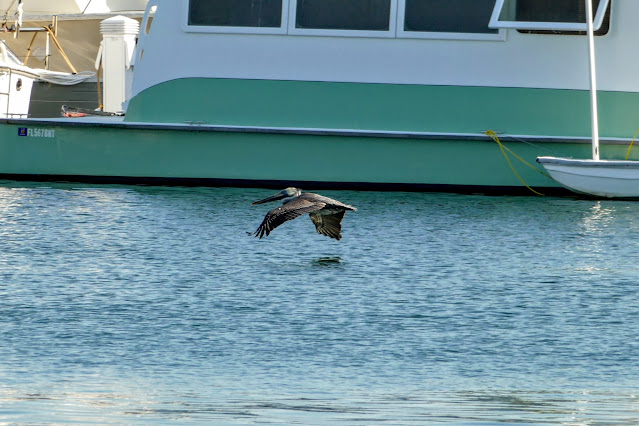 Winter in Key West, 75 degrees, sunny and a light cool breeze blowing over everything: 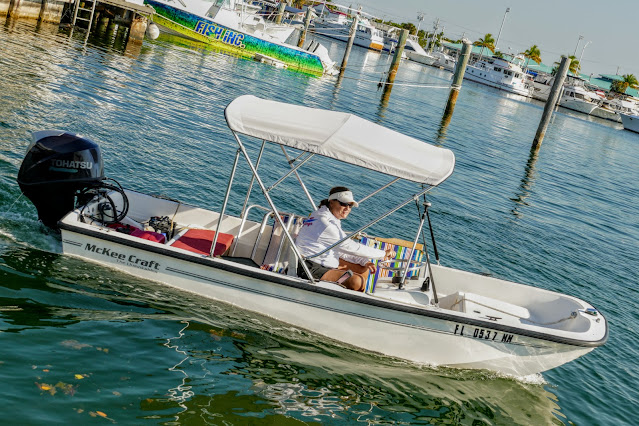 There was a fair bit of small boat activity. It is an axioma that the smaller the boat the more it gets used: 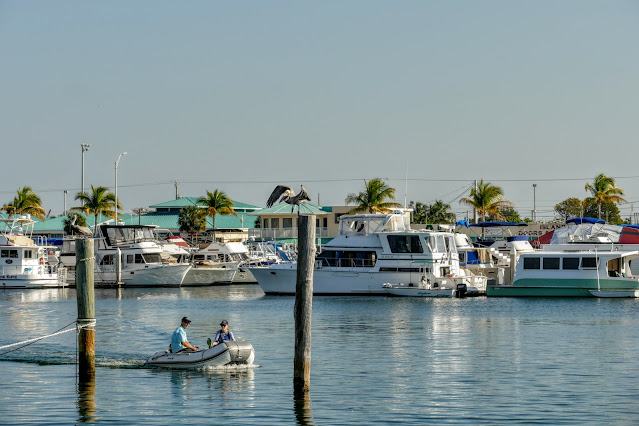 Garrison Bight residents watching the traffic from their waterfront home: 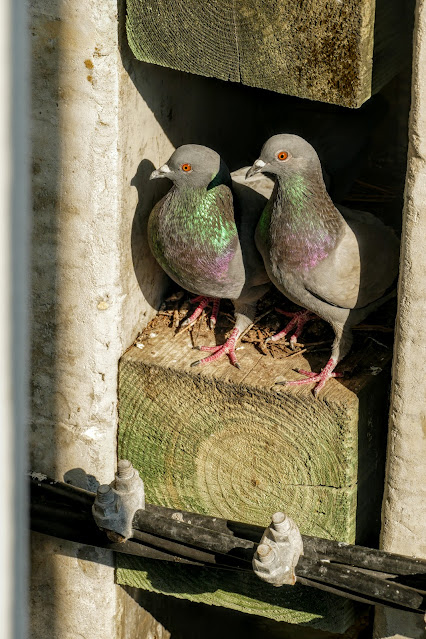 A sudden flurry of wings announced the arrival of an unwelcome drop-in: 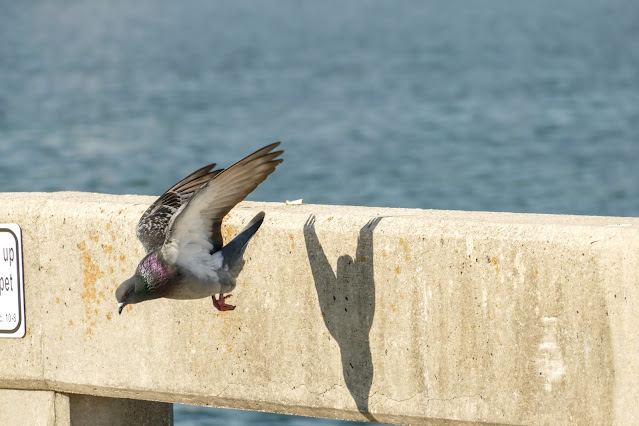 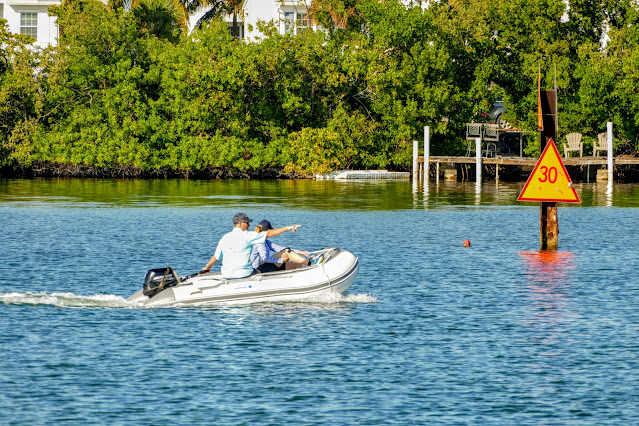 The intruder with the sharp beak took up a position underneath the bridge and quietly watched what was going on. he seemed unwelcome and rather lonely. No one wanted to play with him of be decapitated by him either. 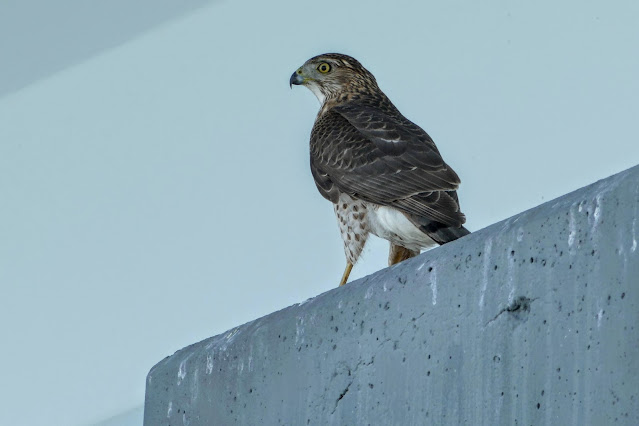 Houseboat row in the sunshine. They used to be tied up along the seawall on South Roosevelt near the Riviera Canal Bridge. Then a developer decided to build two million dollar condos overlooking that stretch of seawall and the houseboats were deemed unattractive. Money talks and the scruffy houseboats were walked over to the city marina and offered docks in the heart of new town. 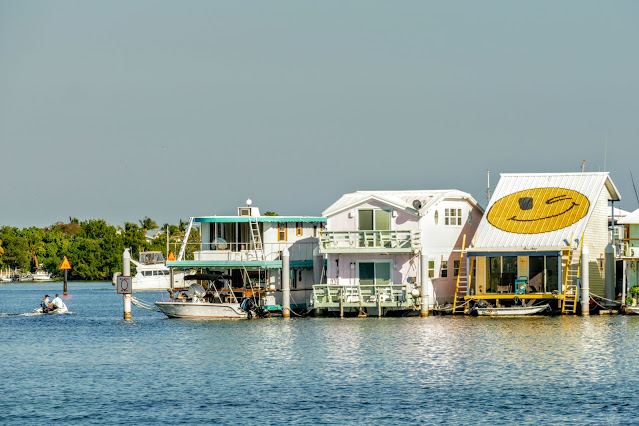 Other boaters live on the city mooring field outside Garrison Bight. They pay a few hundred a month ion an area wide open to north winds and minimally protected from the prevailing south east winds. They get dinghy dockage with showers and trash collection. 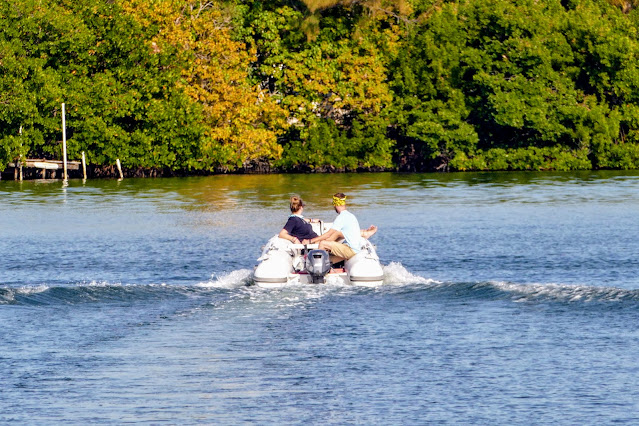 The pigeons watched the boats come and go and wondered when the kestrel might leave. 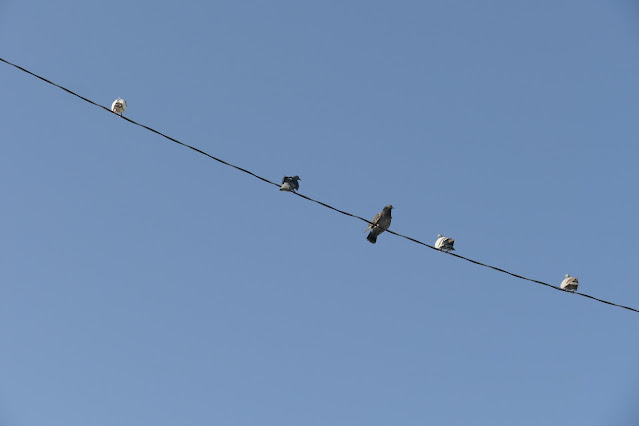 When I was back at work I got a 911 call from a man who was being yelled at by a couple on one of Key West's narrow lanes. The picture I was painted after some slow patient questioning revealed that he had come across a car stopped in the narrow street blocking his path and he felt they weren't unloading their vehicle fast enough so he tooted his horn. The reaction he got was not a  quick apology and a rush to move the offending vehicle. The mild mannered guy got full on in your face yelling from the busy couple. So he called for help. It's what people do all day and all night in contemporary Key West. In the old days it would be a case of "what up cuz?" and an offer to help unload. I wondered if the pigeons had called 911: "There's a creepy looking bird of prey landed in our midst and upset our afternoon routine, threatening us. Can you come and move him along?" It used to be in Key West you waited and pretended it was cool to be on "island time". Now its all yelling. Be a pigeon. 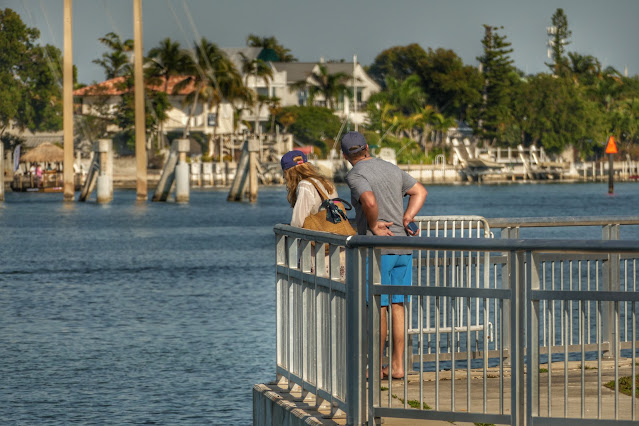 People ask me when to call 911. Generally I say the time to call is when you are afraid, not when you are angry. Sound advice rarely heeded I fear. 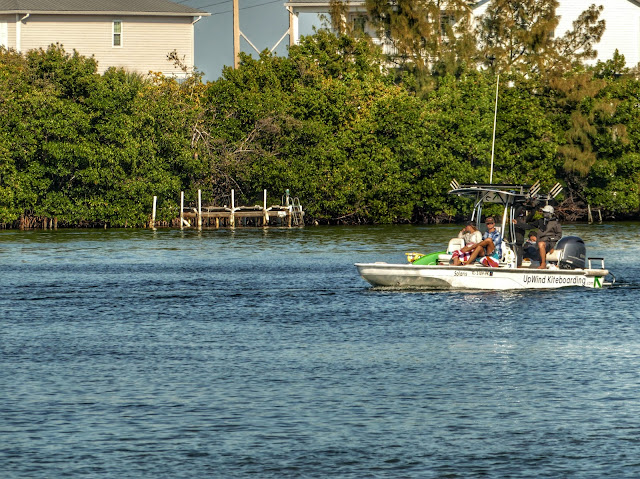 The self reliant pigeons took up positions on isolated lamp posts with clear views in all directions and waited for the passage of time to remove the intruder. 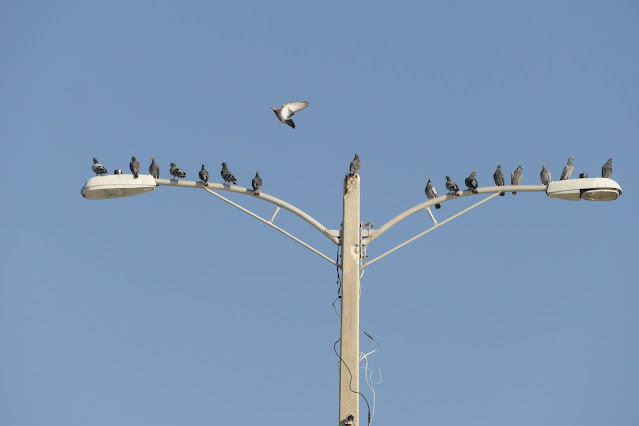 Winter is the time of year for fighter pilot training at Boca Chica. Every time I see them fly overhead I wonder how soon cheaper drones will knock these romantic expensive planes out of the sky for good. Time and technology waits for no one, as I look at my futuristic pocket phone unimaginable in 1945 when dogfights ruled the air. 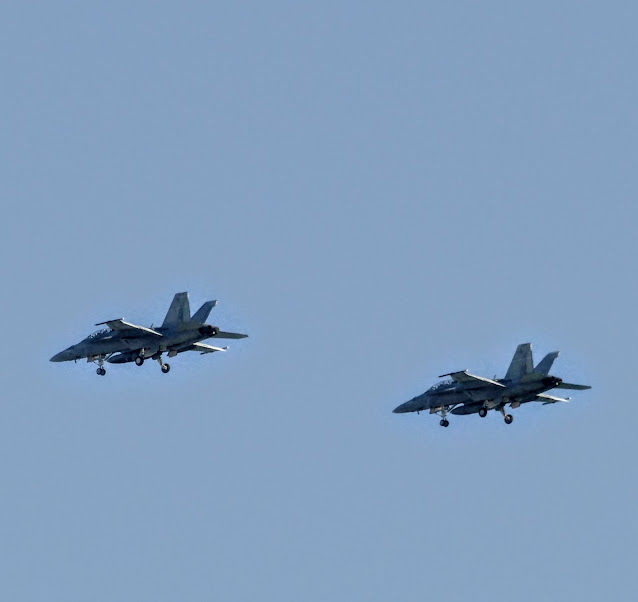 That's my pigeon soulmate up there on his own far from the madding crowds, far from any office enjoying the sunshine. 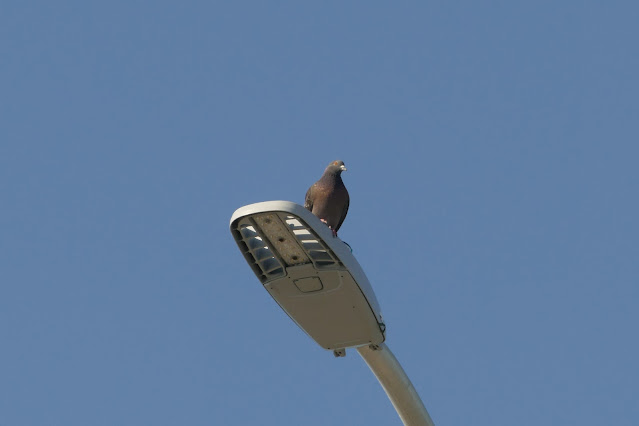