Masks are on the way out for us in this corner of the world and how lucky we are. For the first time in 14 months I came to work and walked into the police station not wearing a mask, per the city manager's latest email saying vaccinated employees don't have to anymore. India and Brazil are not so lucky of course and when you are too poor to manage a socially distanced life and your government can't buy the vaccine you take your chances. 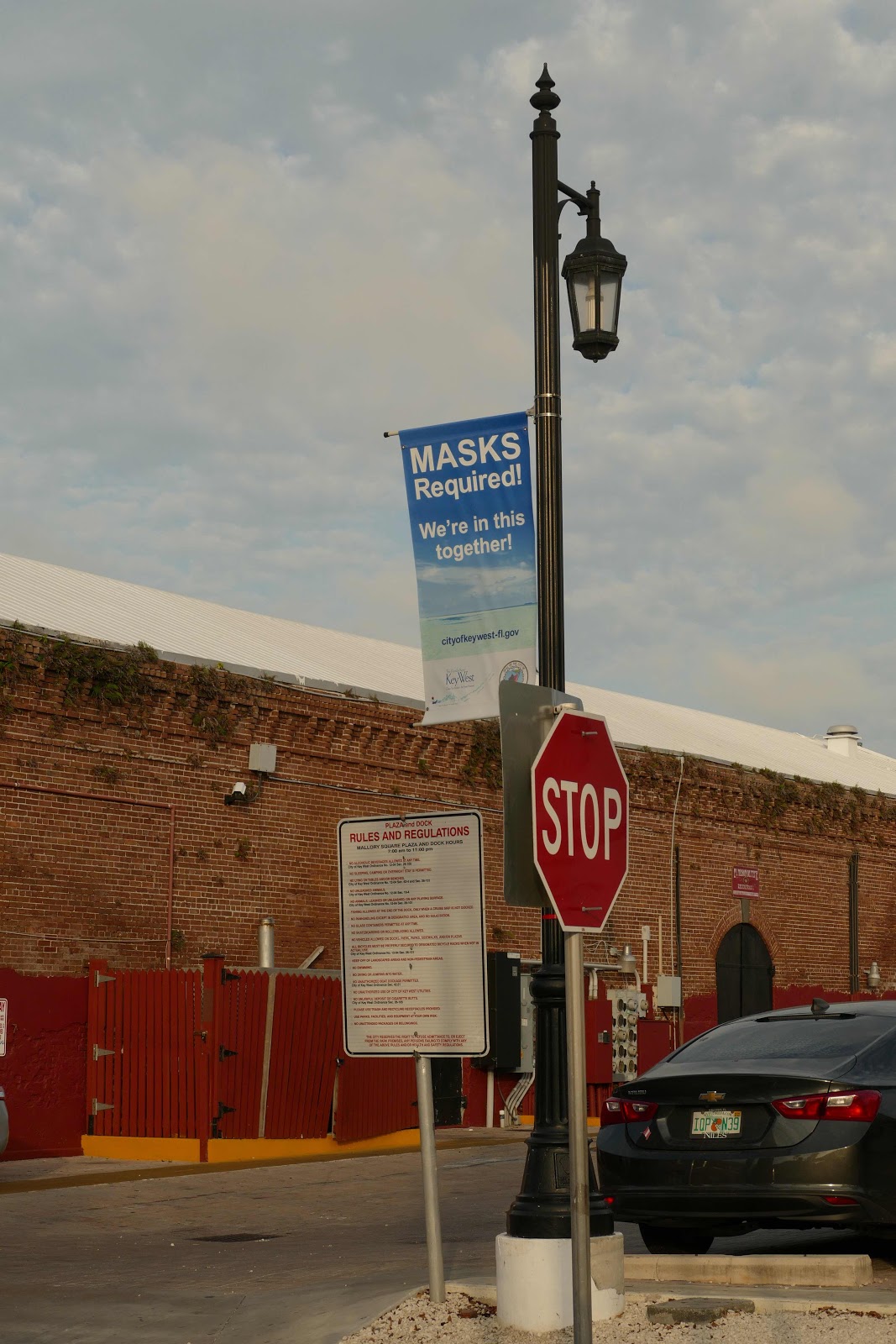 The old CVS building on the corner of Wall Street at Duval is still in place, dusty abandoned and decorated as it always has been. Only now do I noticed the artistry high on the wall that reminds me of a Mario Sanchez intaglio...The Key West artist created illustrations on wood of slices of daily island life and the picture below puts me in mind of some family drama he may have memorialized. 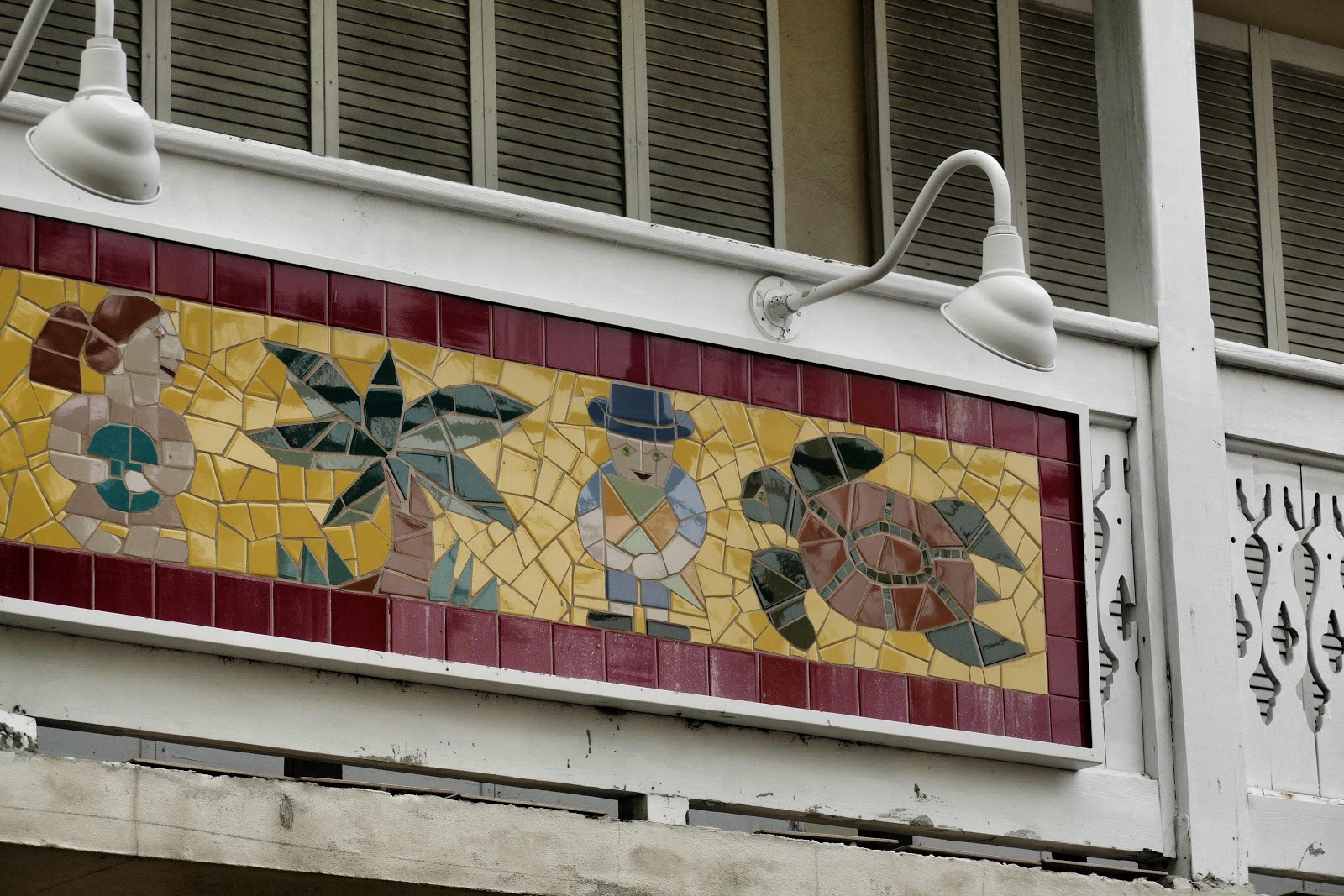 I have been watching chickens for years and this rooster was clearly about to leap off... and he did. 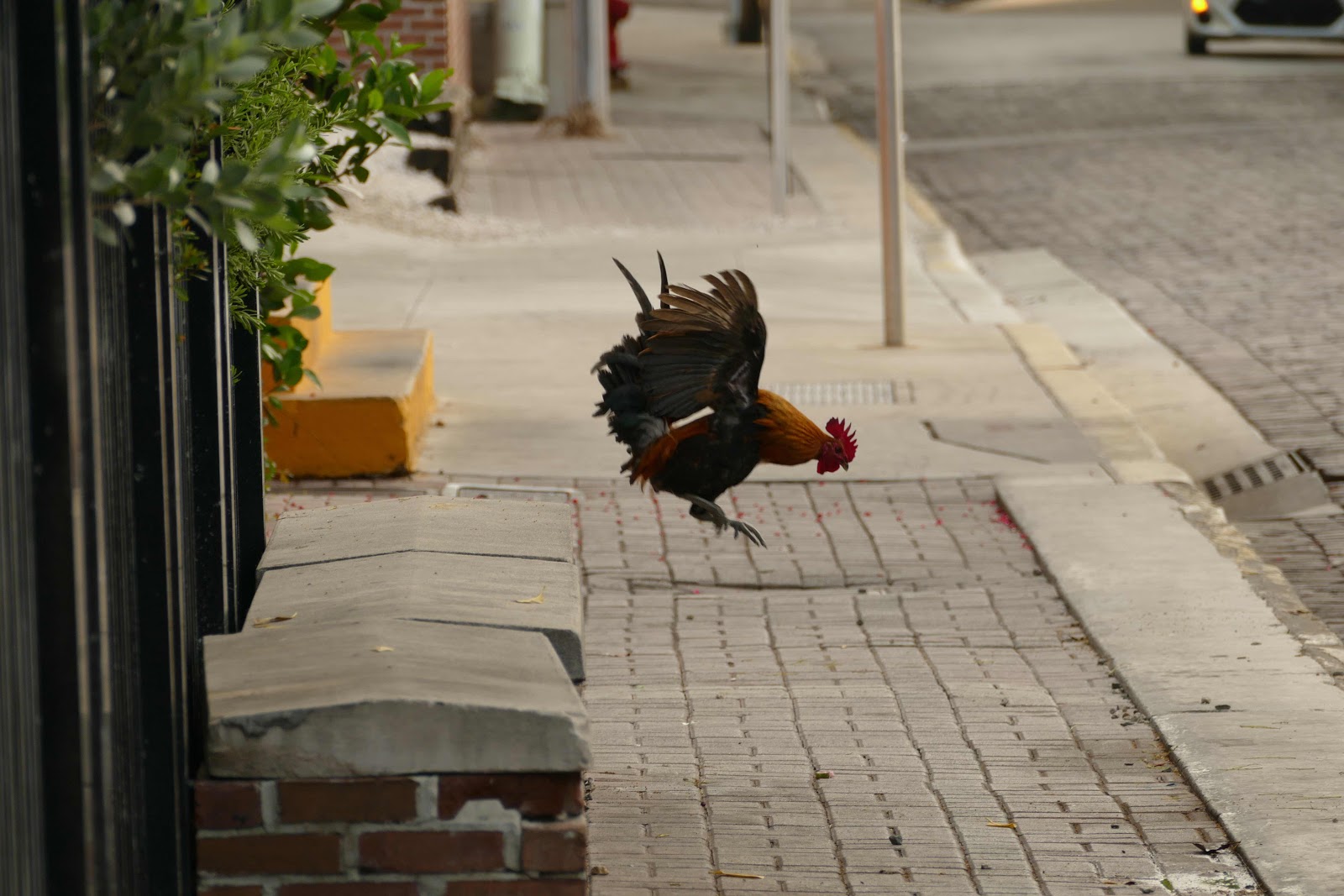 Another thing I've been watching for a long while is the old wooden boat rotting in the public space. There is a sign on it warning not to sit as it oozes wet tar but I think its tarry days are long since washed away.  I think even the intrepid Webb Chiles might have trouble sailing this one around anything much. 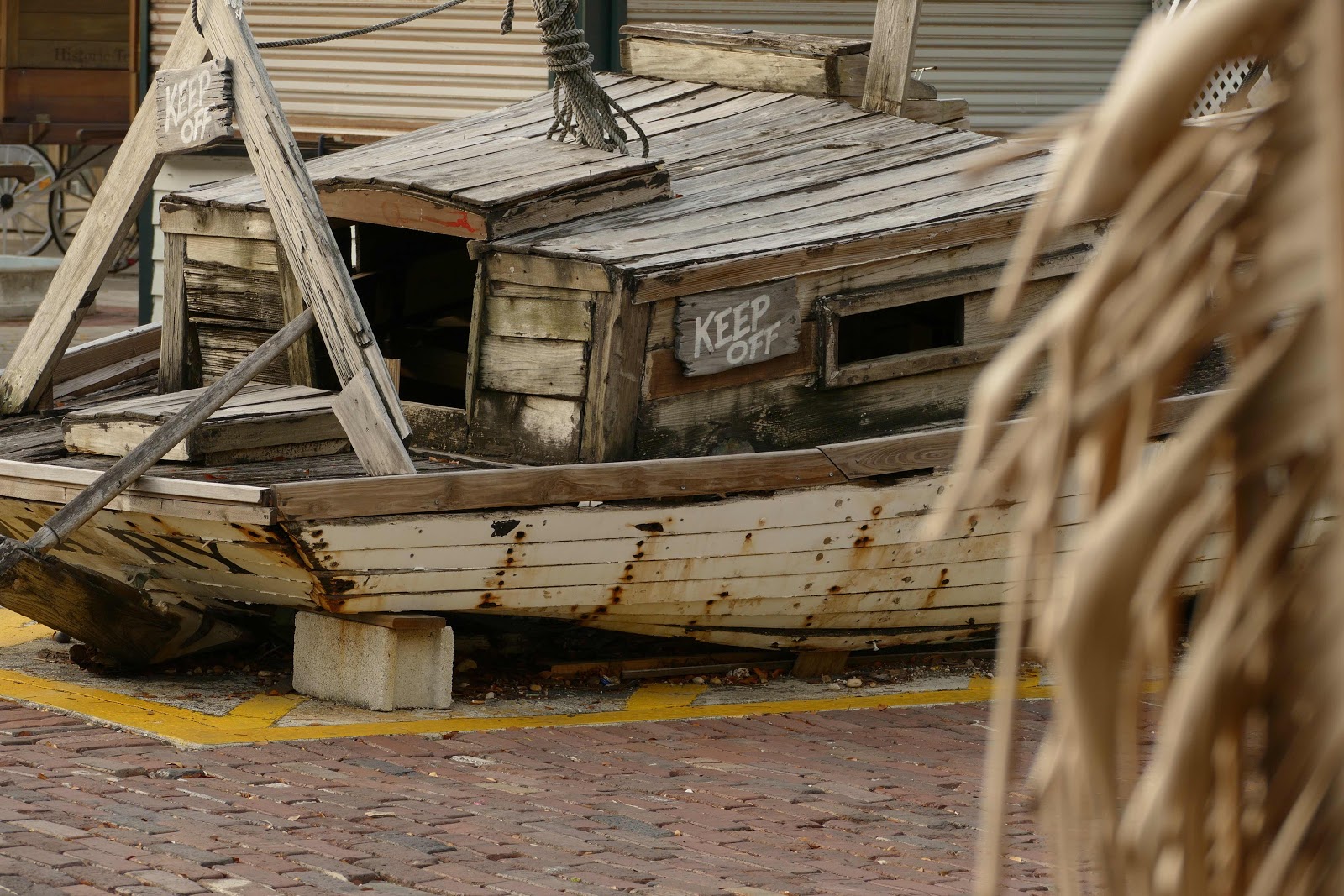 Another old survivor,  a Honda motorcycle possibly from my youth in the 1980s. I find it quite odd how old machinery washes up in Key West, far from anywhere automotive. 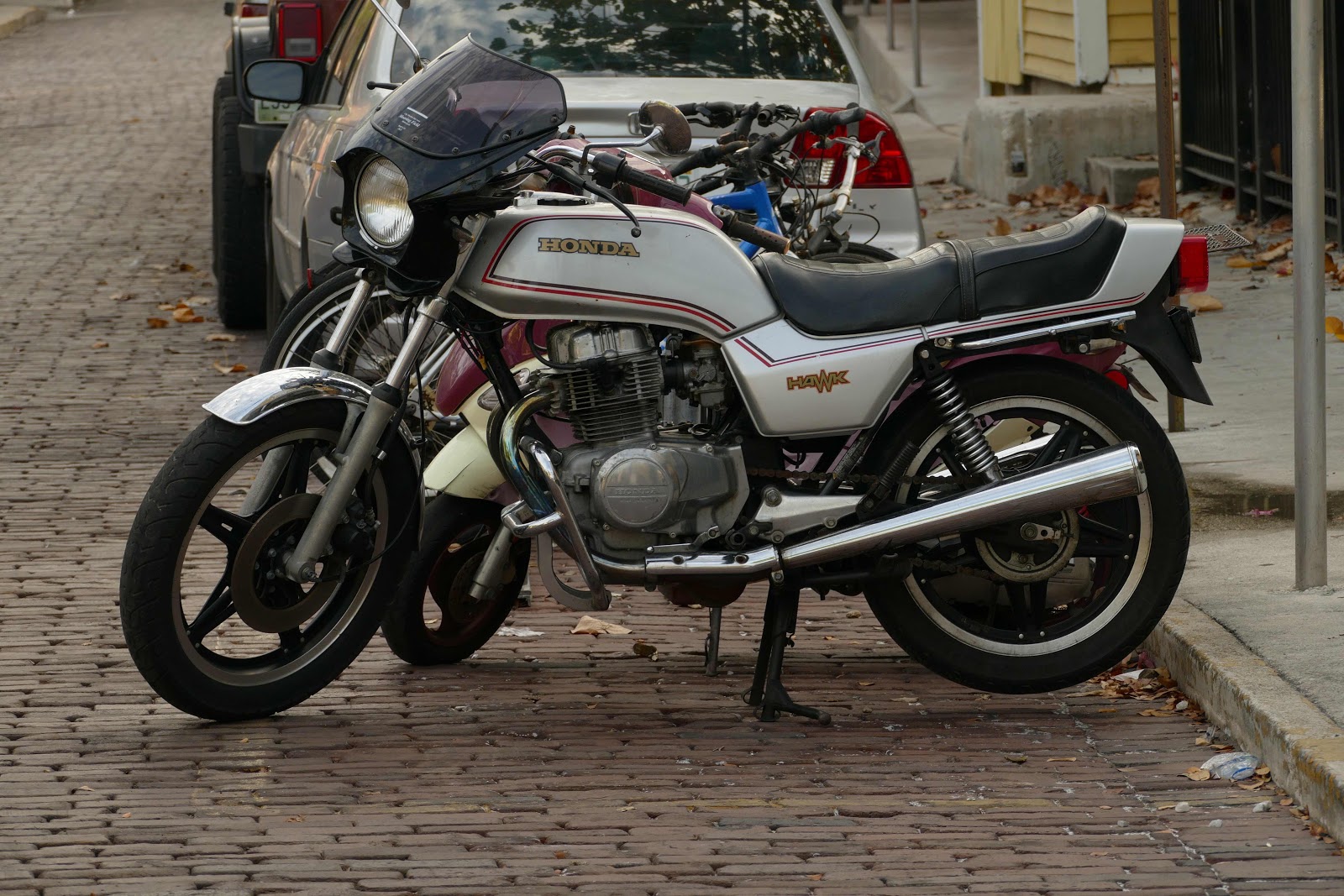 This part of town is  where cruise ship passengers first come ashore and the consequence of no cruise ships is easy to see: no business. 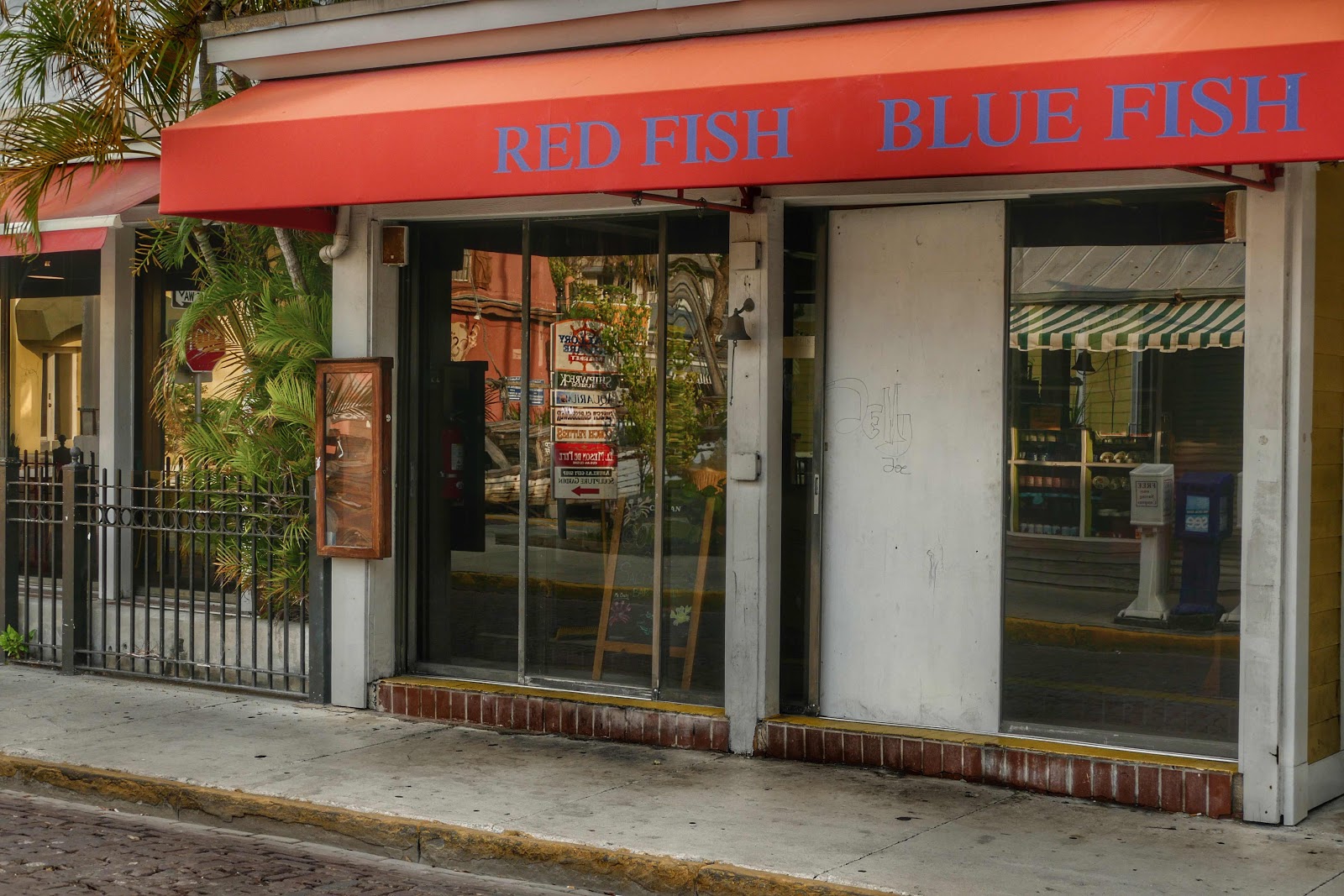 The odd thing now is that the state has overturned the restrictions voted into place by Key West residents in an effort to keep cruise ships coming. However the Governor's proclamation that proof of vaccination is not going to be offered by the state in the form of so called vaccine "passports" has produced  an unintended consequence. Cruise ship operators now want to bypass Florida entirely as they are requiring passengers to produce proof of vaccination...The day President Trump politicized the virus was the day we seem to have collectively lost our medical minds. 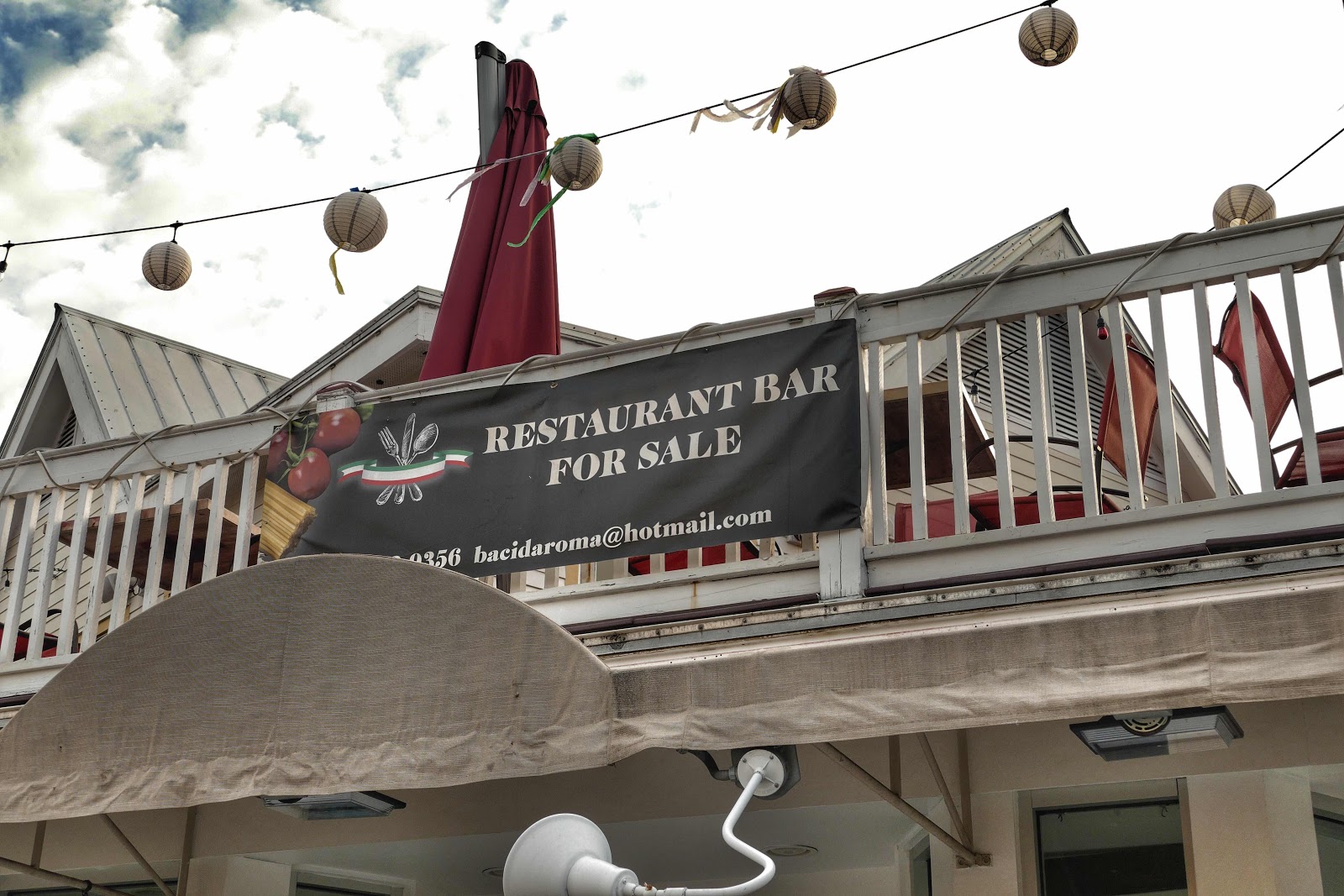 It was early in the morning when I came by and most visitors to town were nurturing their hang overs when I took these pictures, but now that summer has settled in the winter crowds are reduced. 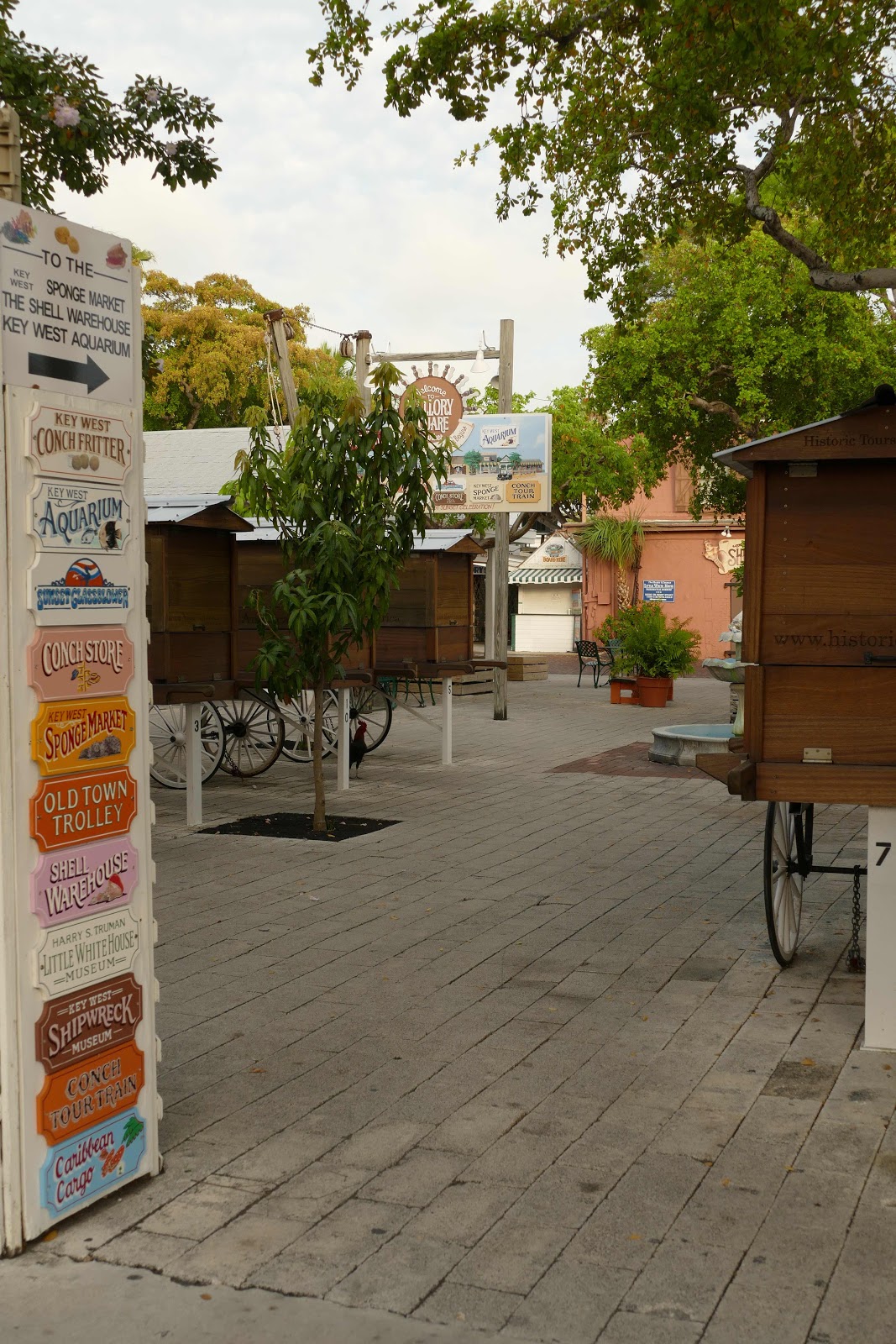 The cry of "five dollars" will never cease ringing out around Front Street as long as tat is for sale in competing stores. 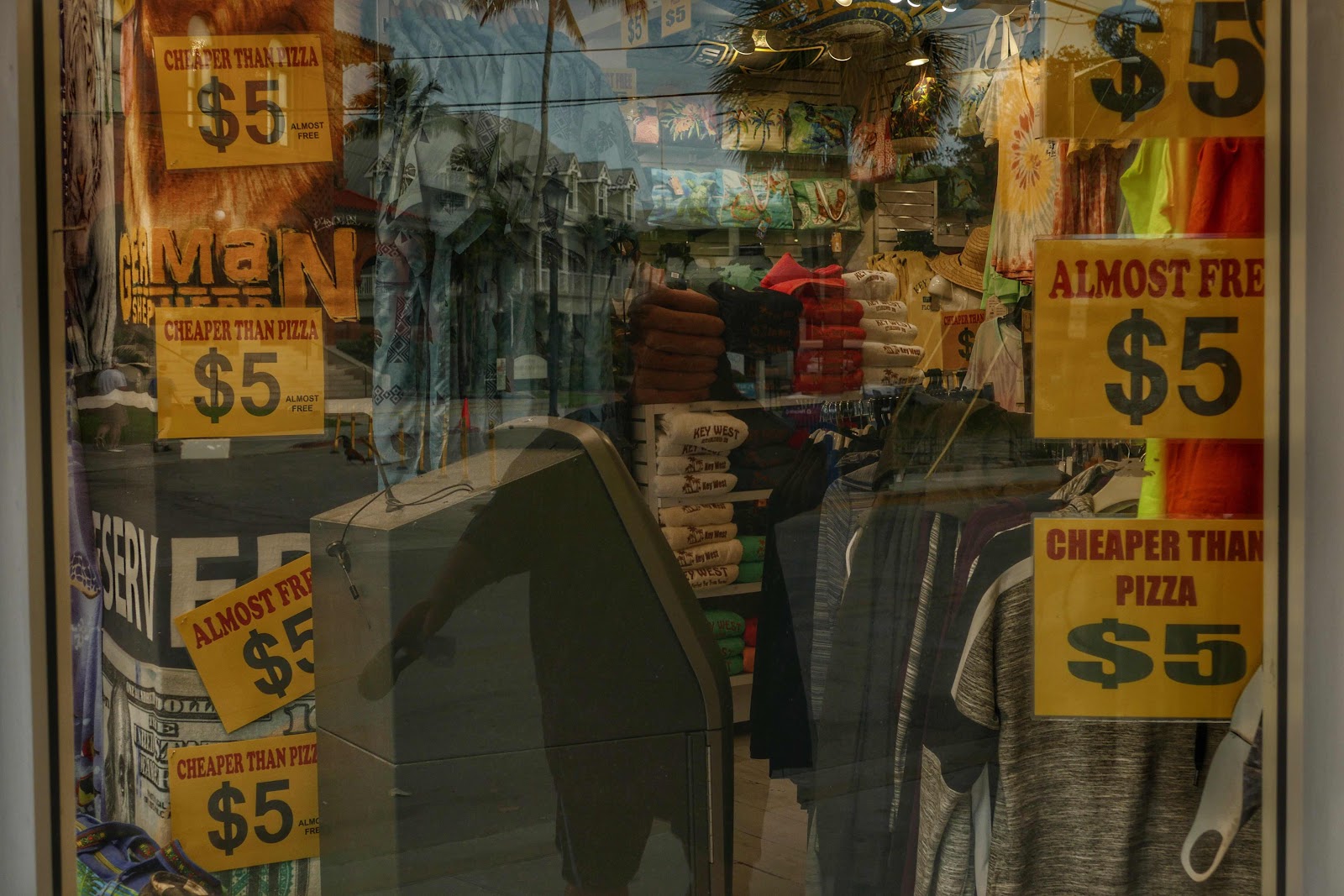 They came, they saw and they decided it was better here than in Cuba. Mel Fisher Museum has a Cuban chug on display, a fondly named bid for freedom. Since the wet foot dry foot policy was abolished by President Obama the numbers of refugees arriving and thus presumably dying anonymously at sea has plummeted to about zero. Life is full of irony but you have to be alive and somewhat removed to able to see the irony sometimes. 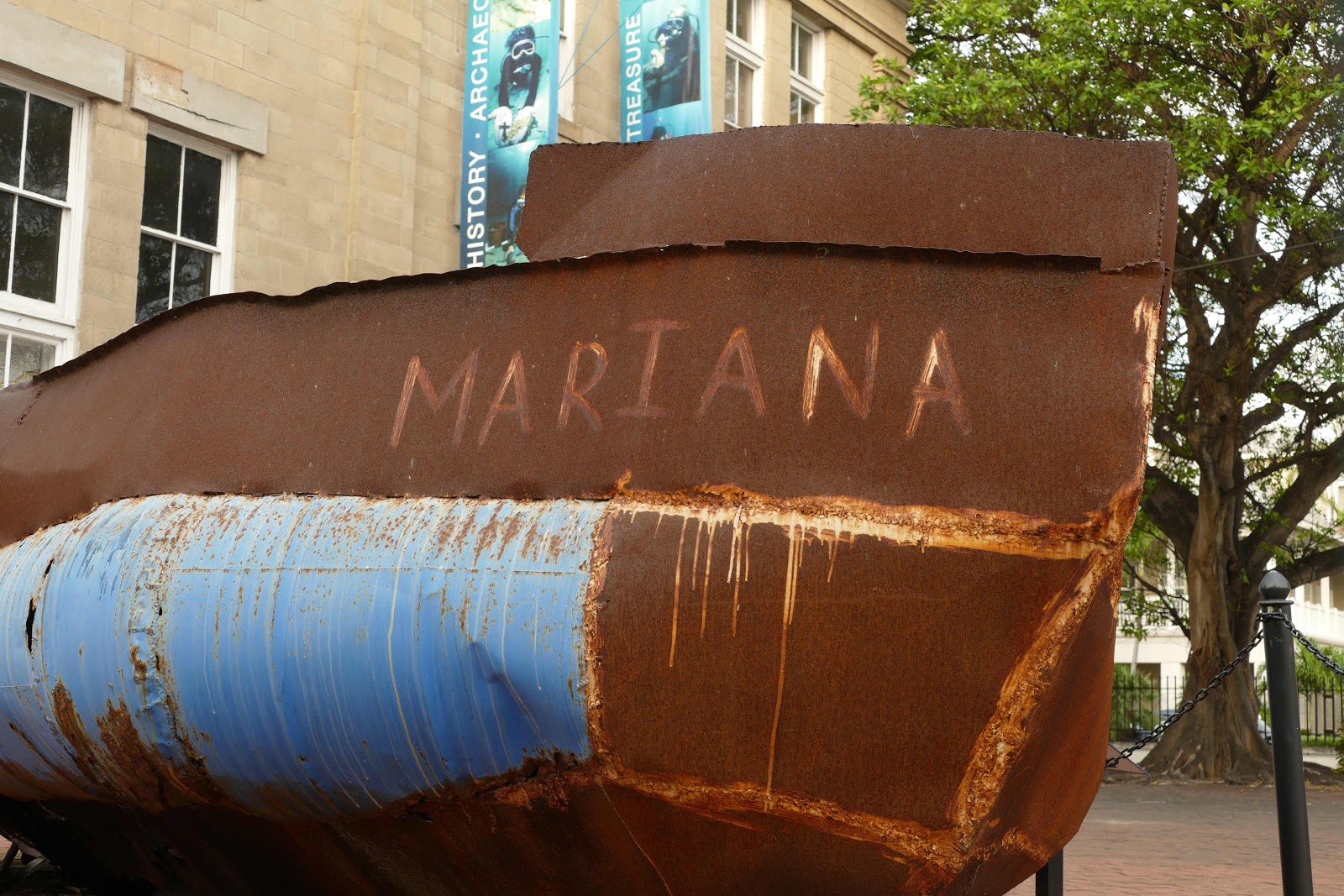 yUP. tHEY CALL THAT SORT OF THING GRAY PORRIDGE IN eNGLAND AS THEY ARE BORINGLKY RELIABLE. jUST WHAT i USED TO LIKE.

That great motorcycle is actually from 1980. CB400T is the typing. I drooled over it many years in my teens. Honda makes unbreakable machines. The 400cc was way over my budget back then. My choice that time went to Kawasaki Z250. But that Hawk will always be the nicest... Thanks for taking that picture.