John Whitehead was one of four founders of Key West who bought the island from Juan Salas who was awarded the island in a  land grant from the King of Spain. Apparently Salas was less than enamored of the scrubby little island used, they say as an isolated burial ground by early inhabitants and he was happy to unload it again and again to North Americans looking for adventure and profit in these tropical, yellow fever infested latitudes. 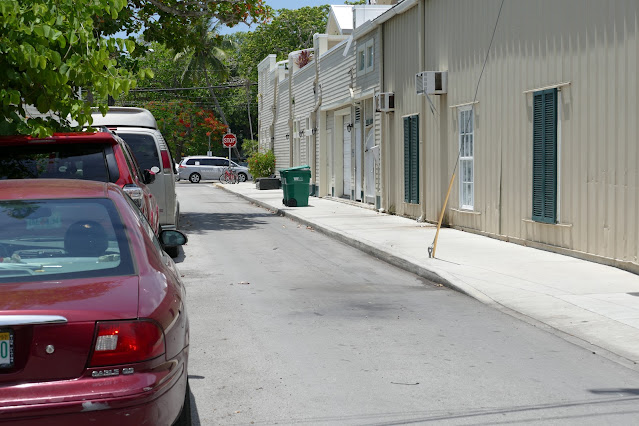 John Whitehead's father William was from New Jersey, Newark more precisely where he lived on Dey Street. Casting around for a name for this street in Key West he gave it the same name. 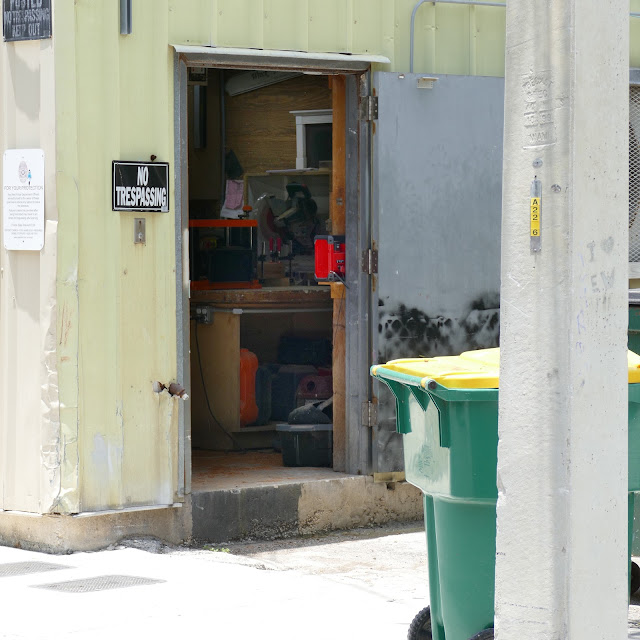 There are other streets called Dey in that part of the world and apparently they derive from a Dutch name brought to the New World by immigrants from the Netherlands. And here it is in Key West. It's a small street no doubt mostly overlooked yet it has held it's fair share of dreams and art. 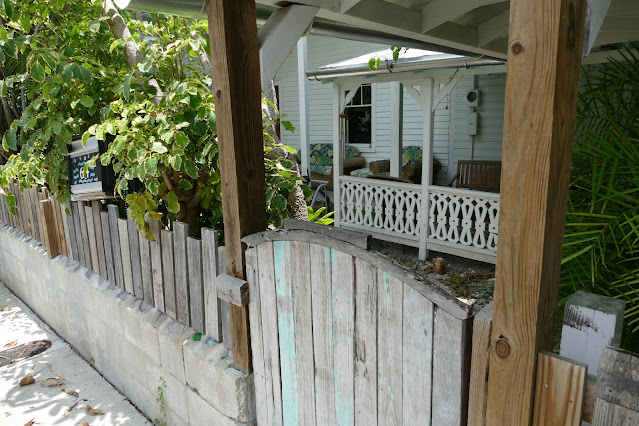 Dey Street joins Elizabeth to Simonton Street. John Simonton was another of the four owners of the island. And in that vein Dey Street runs parallel to Greene (sic) Street named for Pardon Greene who was the third of that quartet of original owners of Key West. 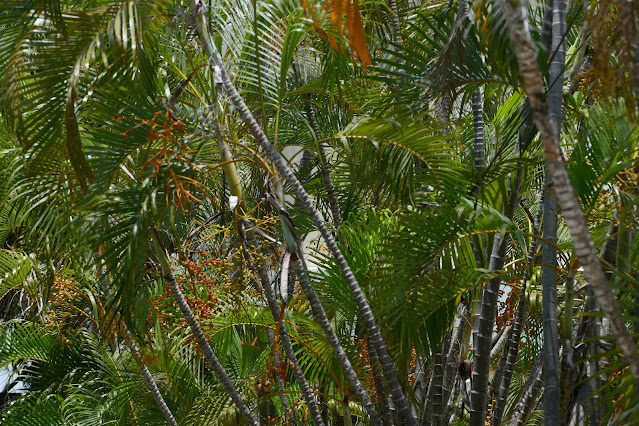 It would be annoying to fail to point out, for those that are interested that the fourth owner was John Fleeming whose name has been abbreviated to Fleming and he got his own thoroughfare across town. 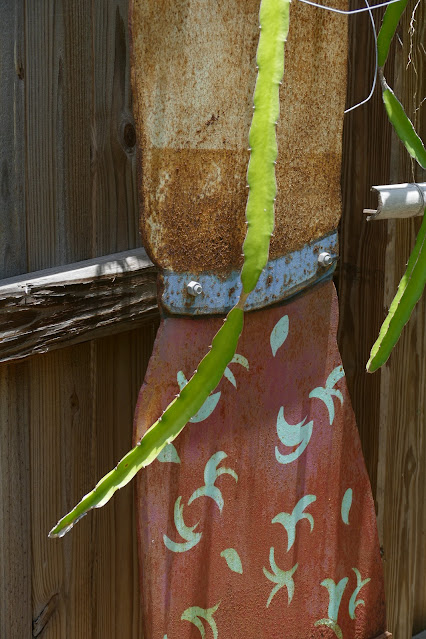 Dey Street joins Simonton to Elizabeth Street and Elizabeth was, we are told, a relative of Pardon Greene's. Who exactly she was The Streets of Key West has never found out. I have a hard back copy of the book and I greatly enjoy dipping into it for forgotten details or ideas about where to take my camera, even after all these years. 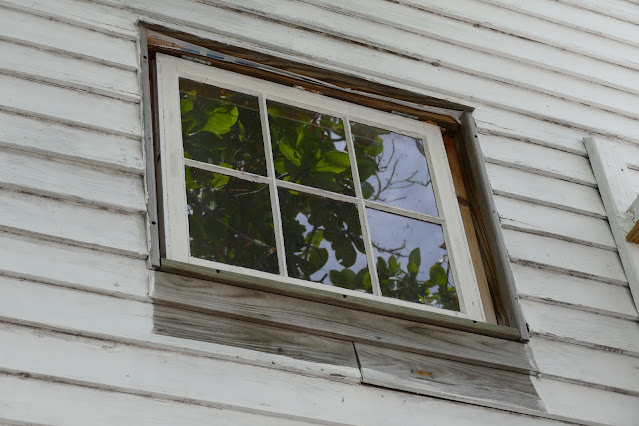 Dey Street used to be home to one interesting artist, one among so many who used to live and work in Key West. I posted this essay in 2013, fully two years after her obituary appeared in the Key West Citizen, which means Suzie dePoo has been dead these ten years. Time really does fly. 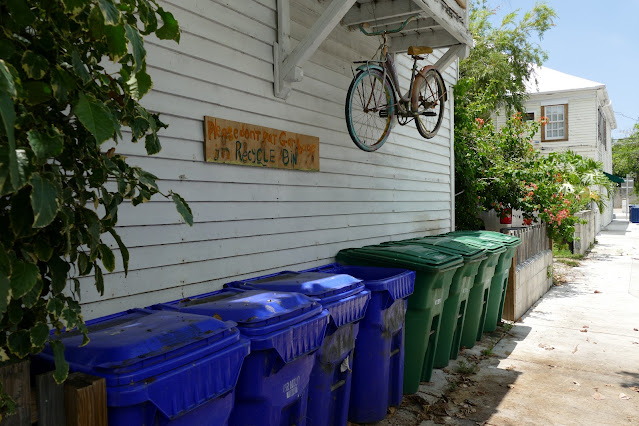 I left Santa Cruz in California when Silicon Valley next door grew out of control and spread remote work over the Santa Cruz mountains into the small beach town. I found the young, driven tech entrepreneurs dreary and the crowding, high prices and traffic they brought with them pushed me off into my boat to sail away. I go back from time to time and things never did return to the laid back vibe I came to adulthood amongst. 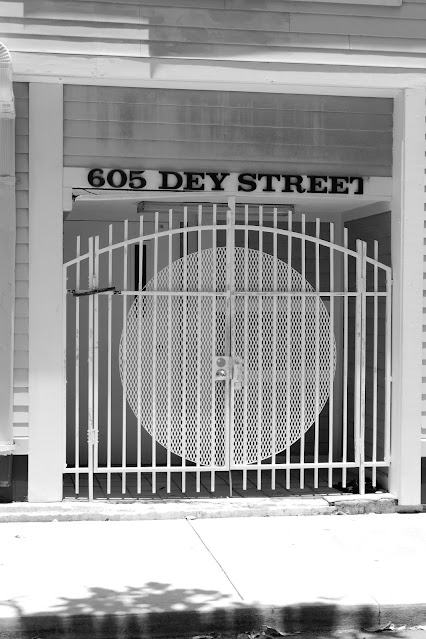 Key West has changed on me over the past twenty years but change is inevitable in all communities. I think perhaps I haven't changed and still feel the youthful drive to see what's over the horizon. I saw this banana tree framed in an empty frame and i felt rather the same way: pushing against a sense of confinement that isn't actually there perhaps, unless it is there only in my head. 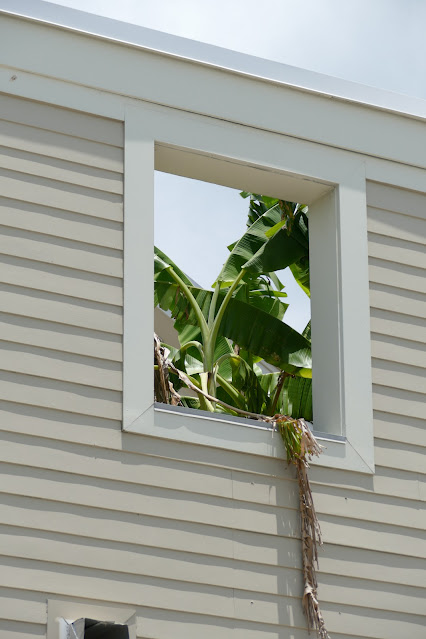 Perhaps it takes twenty years to unravel the myth from the reality, and always the reality comes up short when measured against the dream. But we have to keep on trying to get the two states to intersect. I think that's what Suzie dePoo was doing in her quiet way on Dey Street.
Posted by Conchscooter at 12:00 AM

The House on the Hill
BY EDWIN ARLINGTON ROBINSON

They are all gone away,
The House is shut and still,
There is nothing more to say.

Through broken walls and gray
The winds blow bleak and shrill:
They are all gone away.

Nor is there one to-day
To speak them good or ill:
There is nothing more to say.

Why is it then we stray
Around the sunken sill?
They are all gone away,

And our poor fancy-play
For them is wasted skill:
There is nothing more to say.

There is ruin and decay
In the House on the Hill:
They are all gone away,
There is nothing more to say.