Layne is sleeping, Rusty is walked and Gannet 2 is covered in dew. It is hot sticky and humid and weirdly enough this is a place we have stopped before, it is familiar and known and at the same time the circumstances make it as strange as the proverbial dark side of the moon. The background is a symphony of truck engines and swooshing vehicles on the freeway, the light is flat and gray and my choices are a small plastic toilet in a broom closet or shared institutional facilities, clean but reminiscent of a prison or my English boarding school of fond memory. Life on the road, why did we do this? 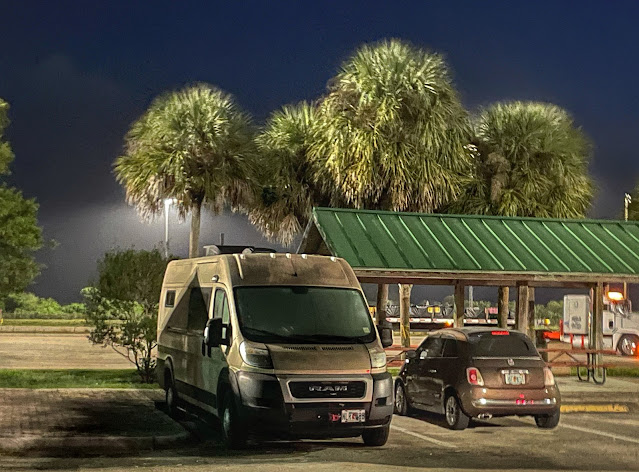 Were we being sensible in our former home on the canal on Cudjoe Key we'd be shuffling around our own spaces, planning a day which in this age of plague was not quite the retirement one might have hoped for. Ironically enough it was easier to deal with coronavirus at work, head down, routines, no expectations for shared entertainment or intimate gatherings. On a day off one expects to gather and share and be together. As a houseless nomad on the road one is glad to be able to be isolated. 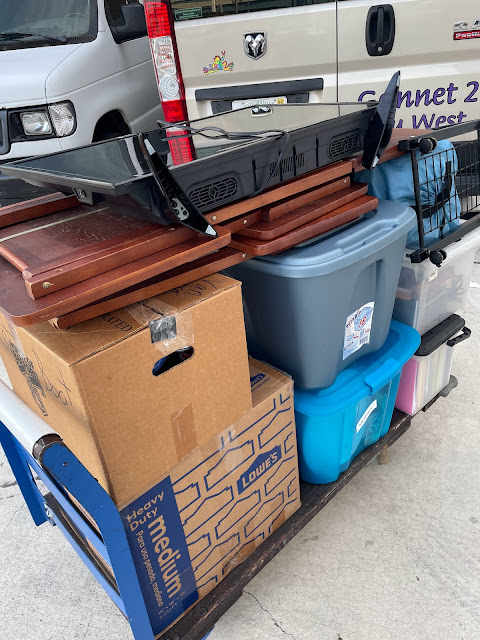 I got the last load of stuff dropped off last night near the Miami airport.  I hate stuff more passionately than ever especially after humping tons of crap everywhere. I've put it in strangers' cars (after they gave me money for it!), I've watched my wife press it on friends embarrassed by their desire, I've offloaded a ton of it at the smelly slimy dump, I've made repeated trips up the Accursed Highway to Miami to drop piles of it off. But stuff got its revenge. I arrived at the storage locker to a cheerful greeting. 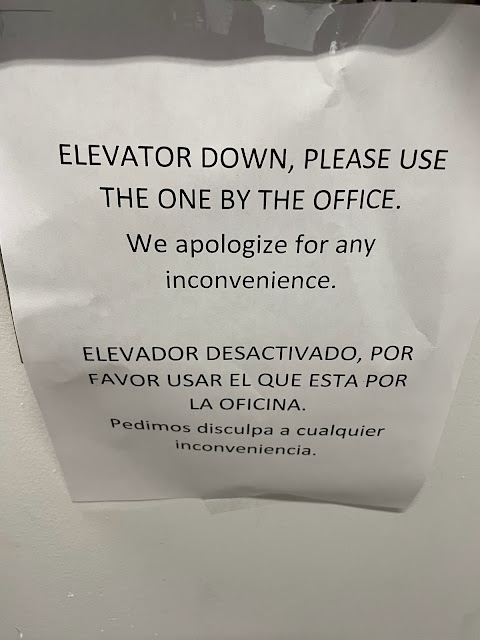 How's it going the clerk asked as I stopped by to get a key for the carts they keep locked to the walls. Great I said, in Spanish and English. How I didn't get lost I don't know but I piled the last load on their cart, hauled it for miles through creepy dark corridors of lockers and got back to Rusty snoring under the air conditioning vent, with myself in a lather of sweat. No more stuff I swore to myself as I wrung out my sweat soaked shirt. 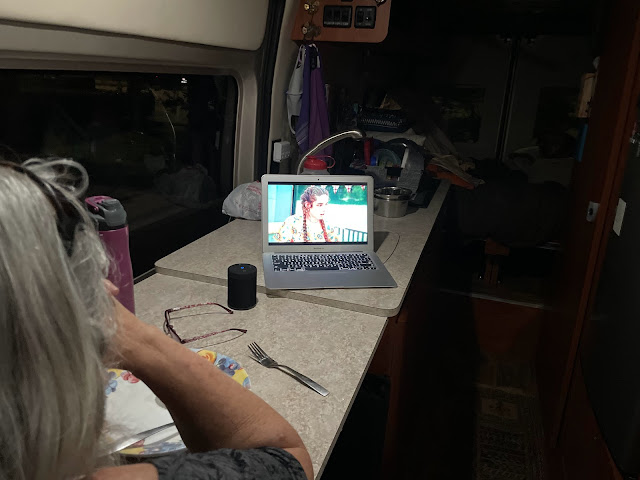 We ate ribs for dinner and watched an episode, the last available until they release the next episode, of the Great British Bake Off wherein Giuseppe the Italian beat his good buddy Jürgen the German and got Star Baker on German Week. Excellent. My Italian half brushed his teeth with extra vigor. Rusty snored from his bed in a dark recess of the van. 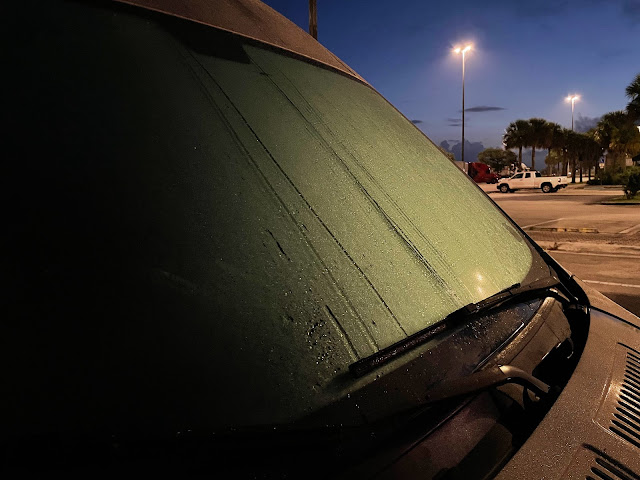 I slept long and hard from 10 till 5 hence my ability to put this page together with I think reasonable coherence. Honestly it was a day like yours, chores and duties and obligations, the passing of time all followed by unconsciousness. I will say I look forward to breaking away after we say goodbyes to friends and the familiar places to being alone and discovering roads and towns not before seen. But all in all what we did in 72 square feet you did in a proper space. We are just like you. 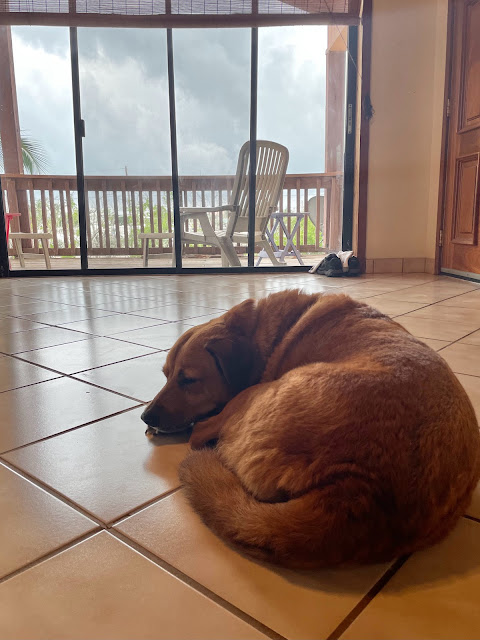 Except it turns out we accidentally threw out Layne's coffee with all the unwanted stuff, so that was another case of stuff having the last laugh. Layne's not laughing but I'm pretty sure Rusty is.
Posted by Conchscooter at 12:00 PM

Pitching someone else's coffee is a criminal offense you know. Rusty, it appears, is wisely keeping his head down- "What?! I know *nothing* about coffee! It's *your* problem Micheal... deal with it!"

Wow, that would probably have gotten you a week on the couch—if you had a couch. 😁

She’s been to Trader Joe’s. All is well I think.

Now she's lost the one she bought at Trader Joe's. The drama continues but I hope I'm out of the doghouse and off the non existent couch.

Too much stuff is an ongoing challenge. But throwing out coffee! I bet you’re going to get sent (on foot) to the nearest Trader Joe’s to get more.