I have come to expect interesting skies in the evenings when Rusty and I walk the mangroves, our alone time. This here is the turn off the Overseas Highway looking across the channel to the west. 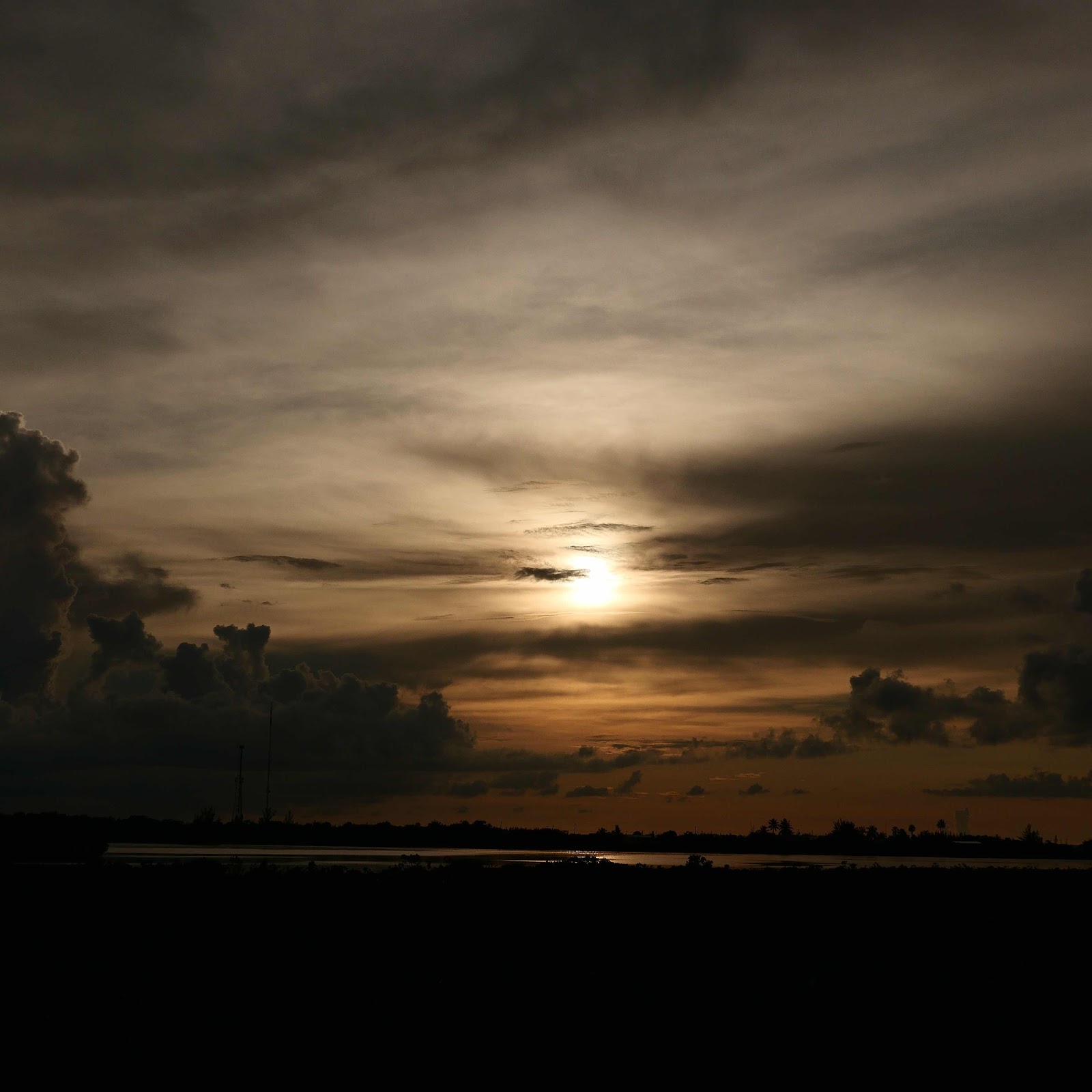 We will be gone I think before the winter migration gets into full swing so these days I am grateful for the few permanent residents who fly around above us as we walk. 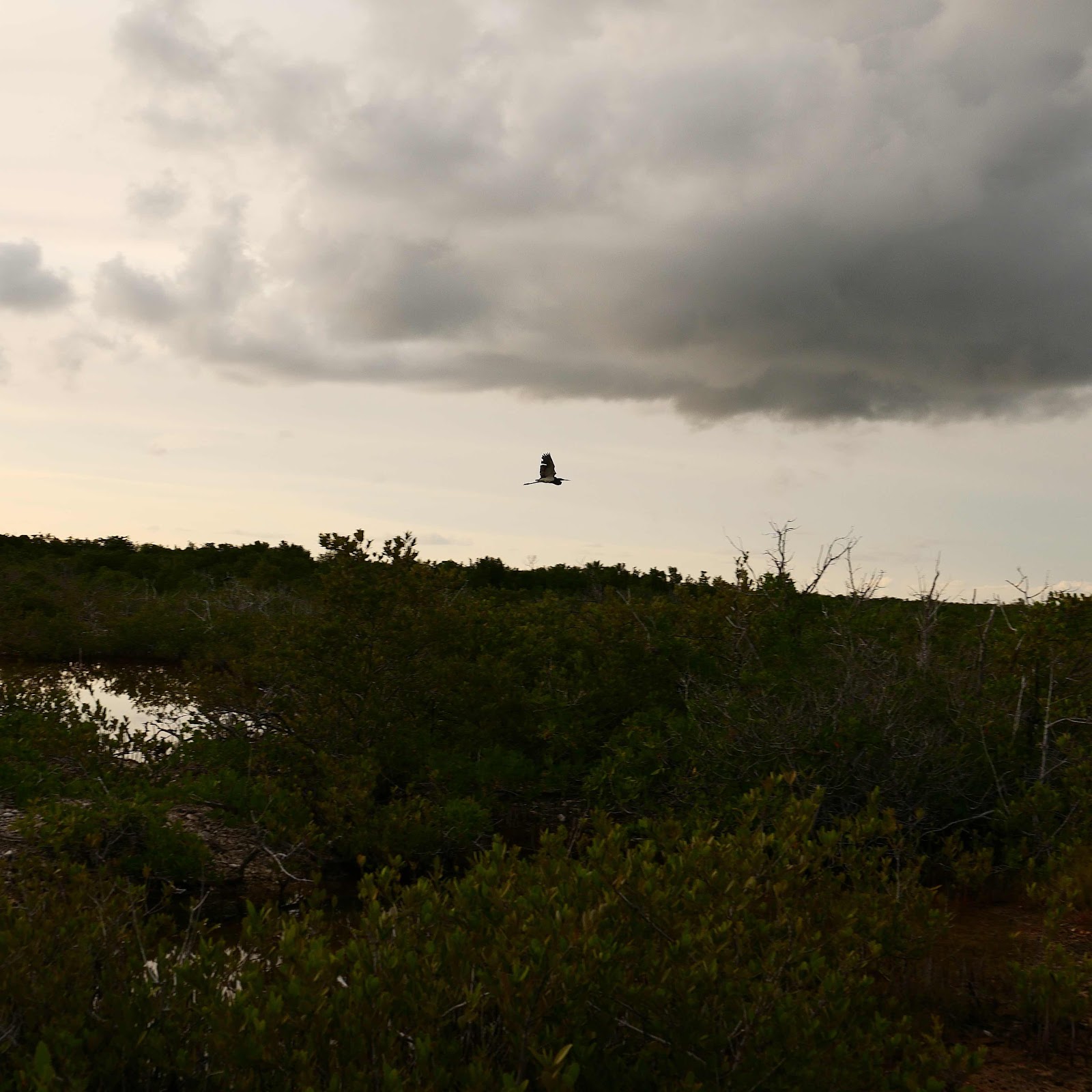 Our target date is the morning of the 25th and I want to get out of town at three in the morning as I prefer to avoid traffic. Layne will follow at a more civilized hour in the Fiat which she will be delivering to a friend at our first stop in familiar St Petersburg. 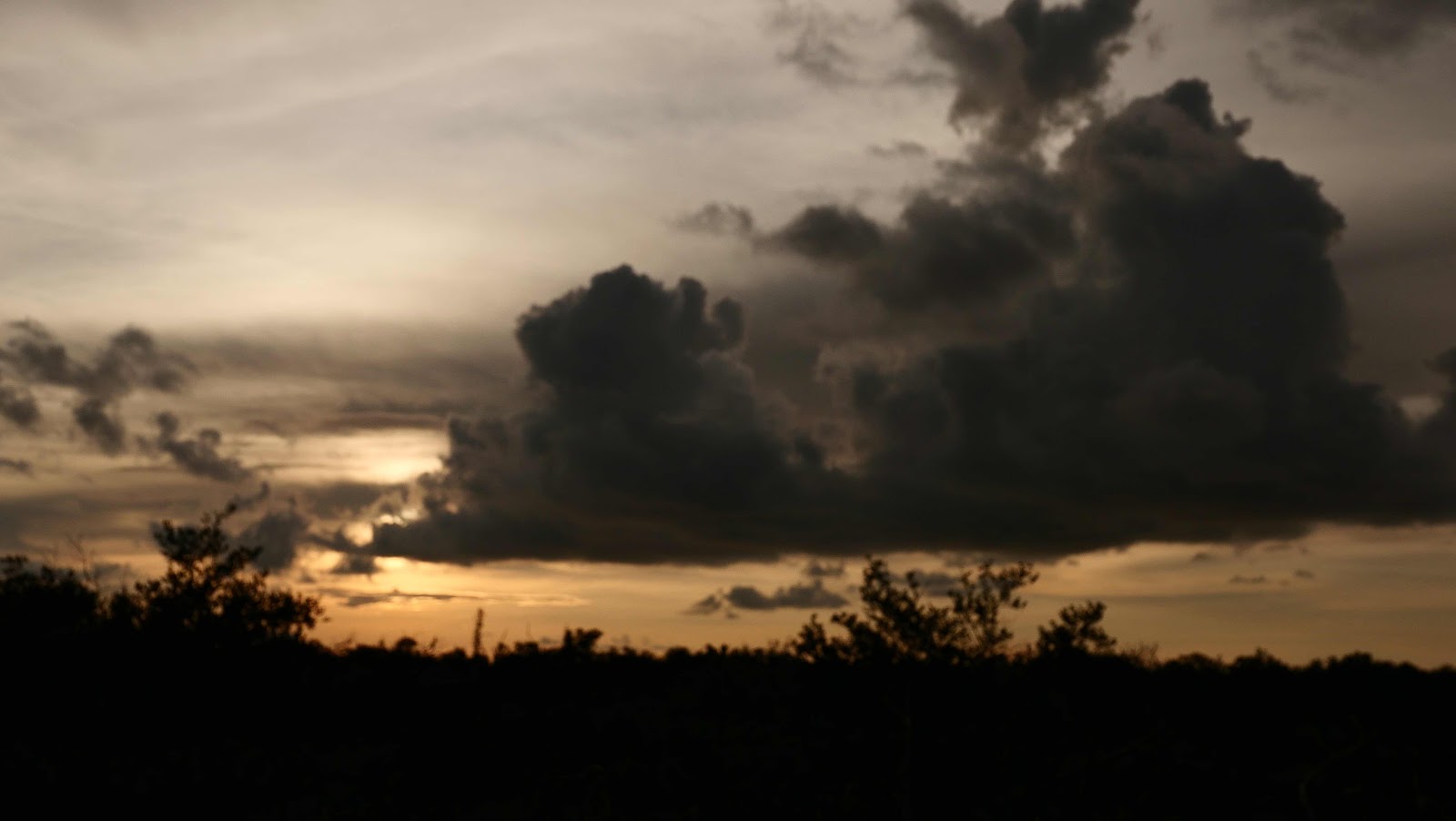 One thing we are having the hardest time shutting down is our Sirius satellite radio service. I've had it since it first appeared as I enjoy radio where I tolerate television. I used to work on the radio which I dare say informs my preference. 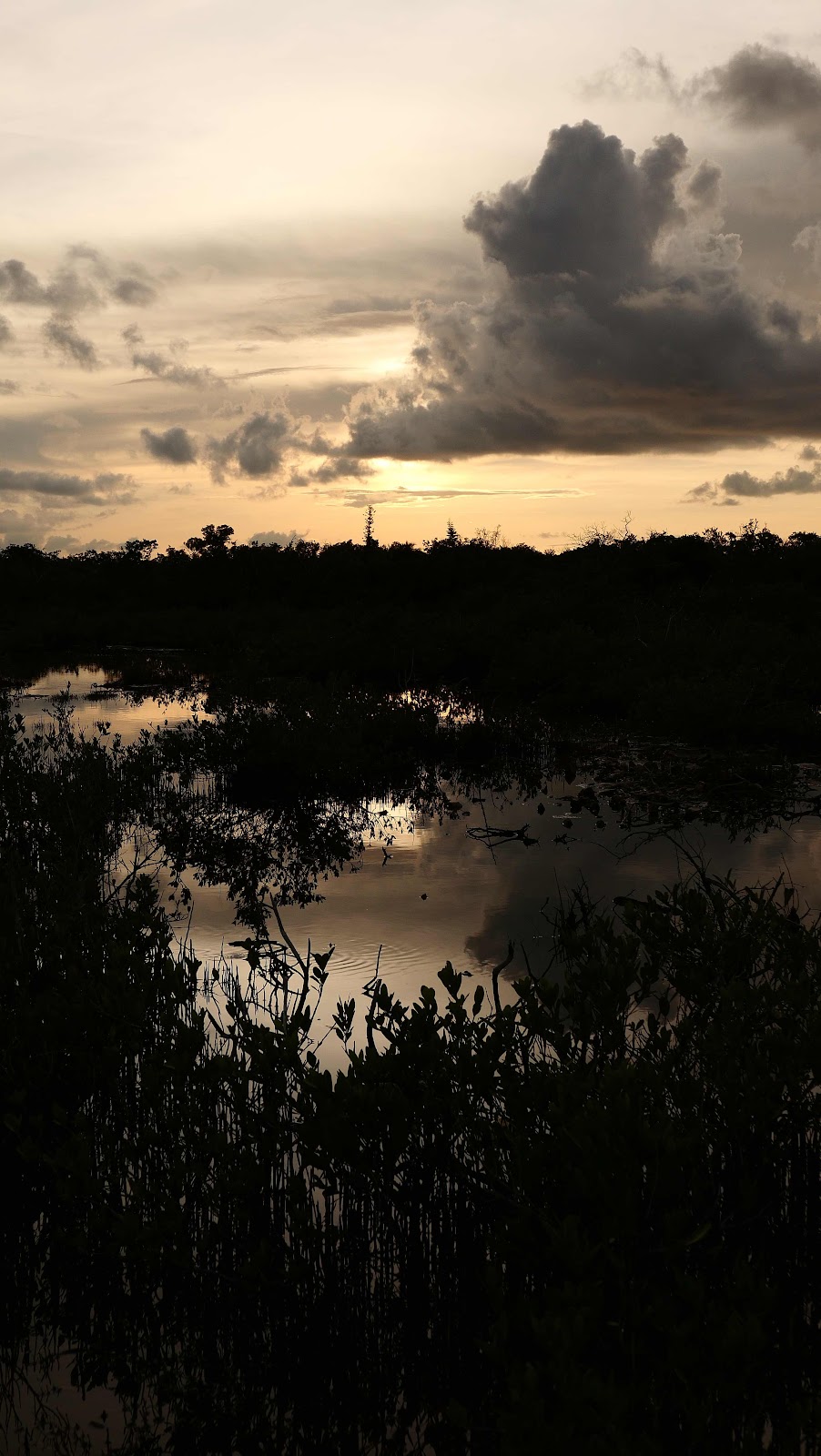 The trouble with autopay is I have no idea what my access codes are after a dozen years. The service works flawlessly but Layne isn't much of a fan and the time has come to shut down our subscription. Two calls and some research and all we have found is the credit card payment which is now stopped. Somehow this is unsatisfactory to me as I would rather stop the process properly but the operators at Sirius sound as helpless as me. I have given up hoping the hiring problems across this country won't affect me too. 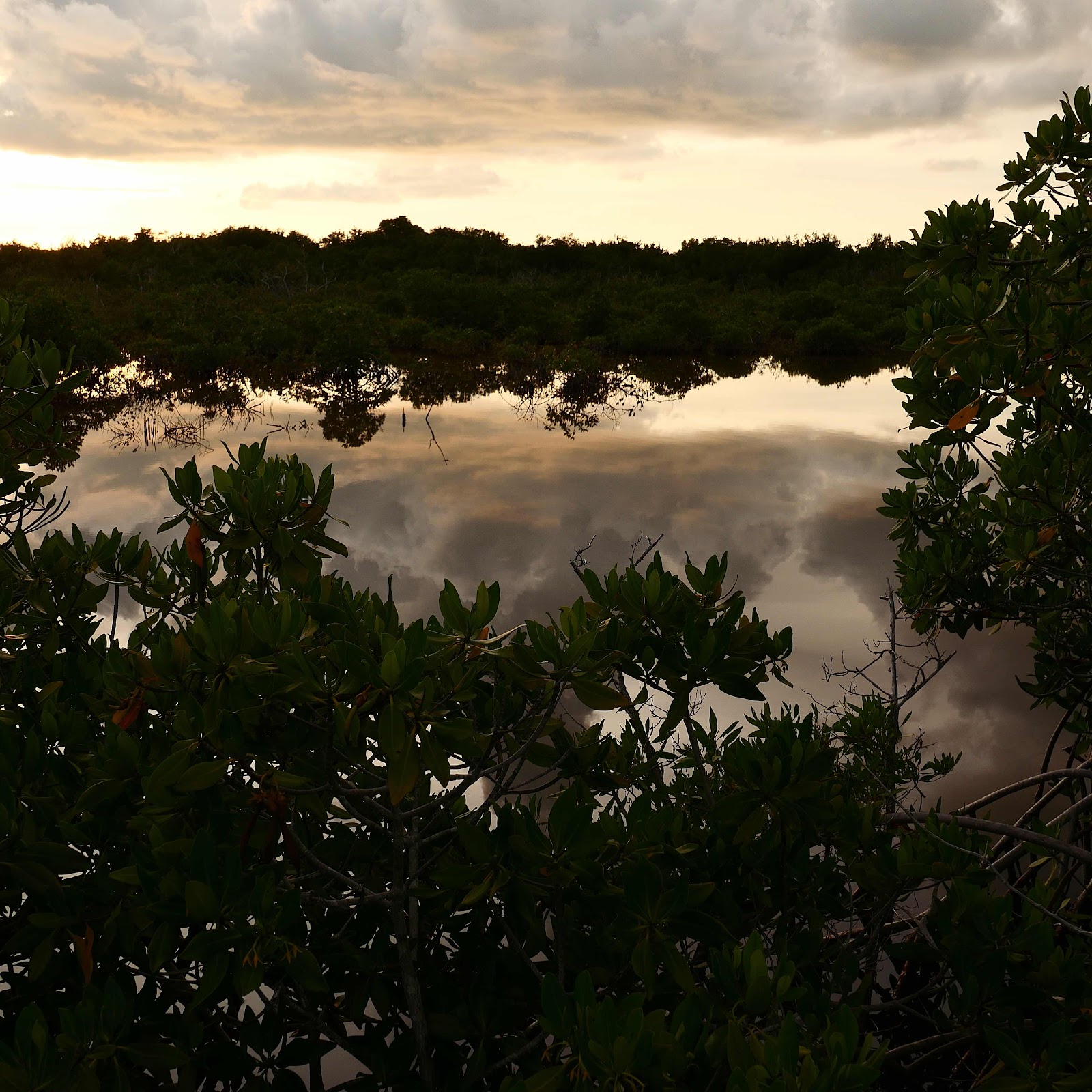 With less than two weeks to go you know deadlines are running real close, but of course we have planned to handle our mail on the road (St Brendan's Isle) and we will be in the US for another six weeks probably so its not like its a hard deadline but I'd rather switch off the change of life button in my head and get on with the new/old nomad life instead. 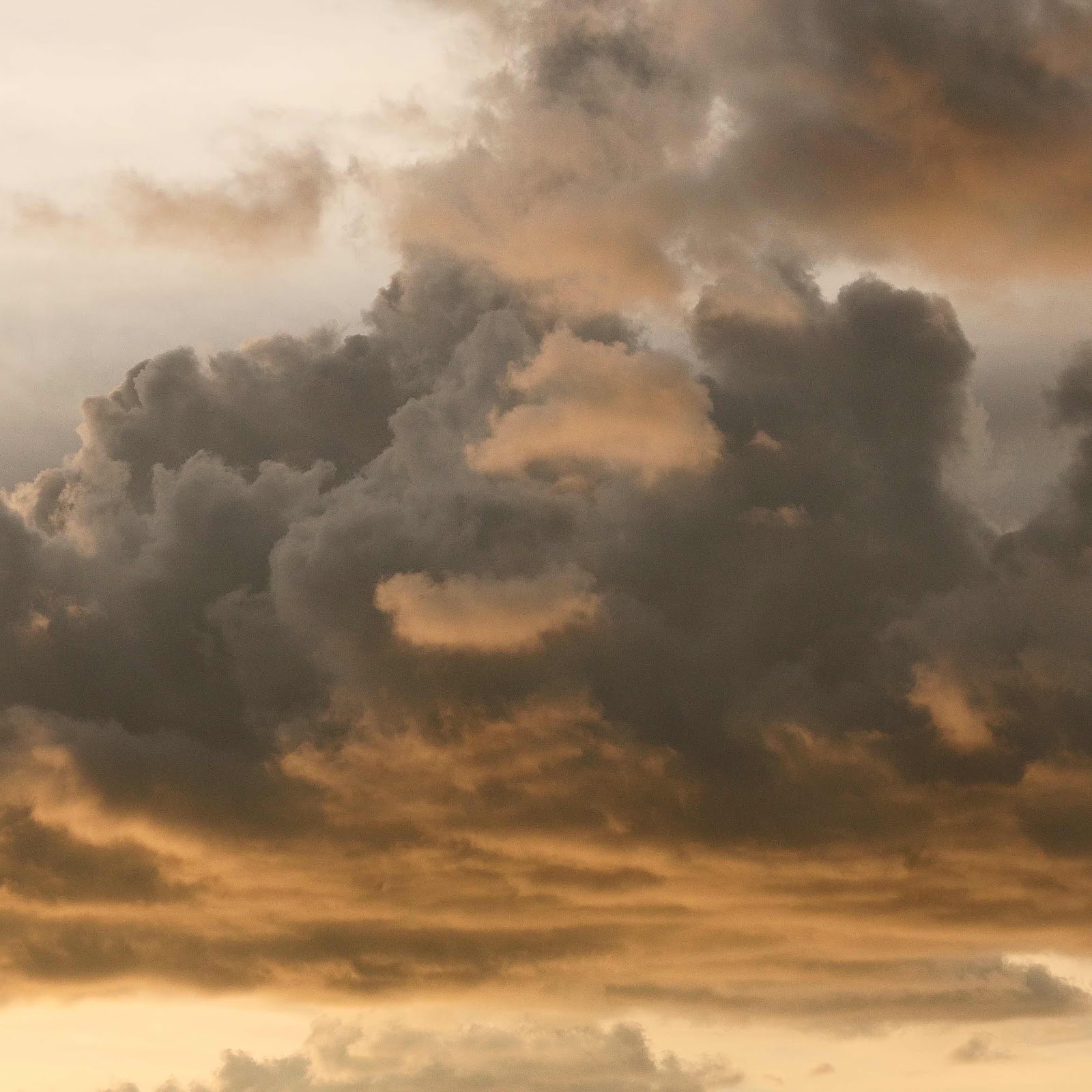 Meanwhile the daylight ends in the company of Rusty who seems mostly unfazed by the chaos of vanishing furniture and ever larger empty spaces surrounding his bed, an isolated island of normal in a sea of change. 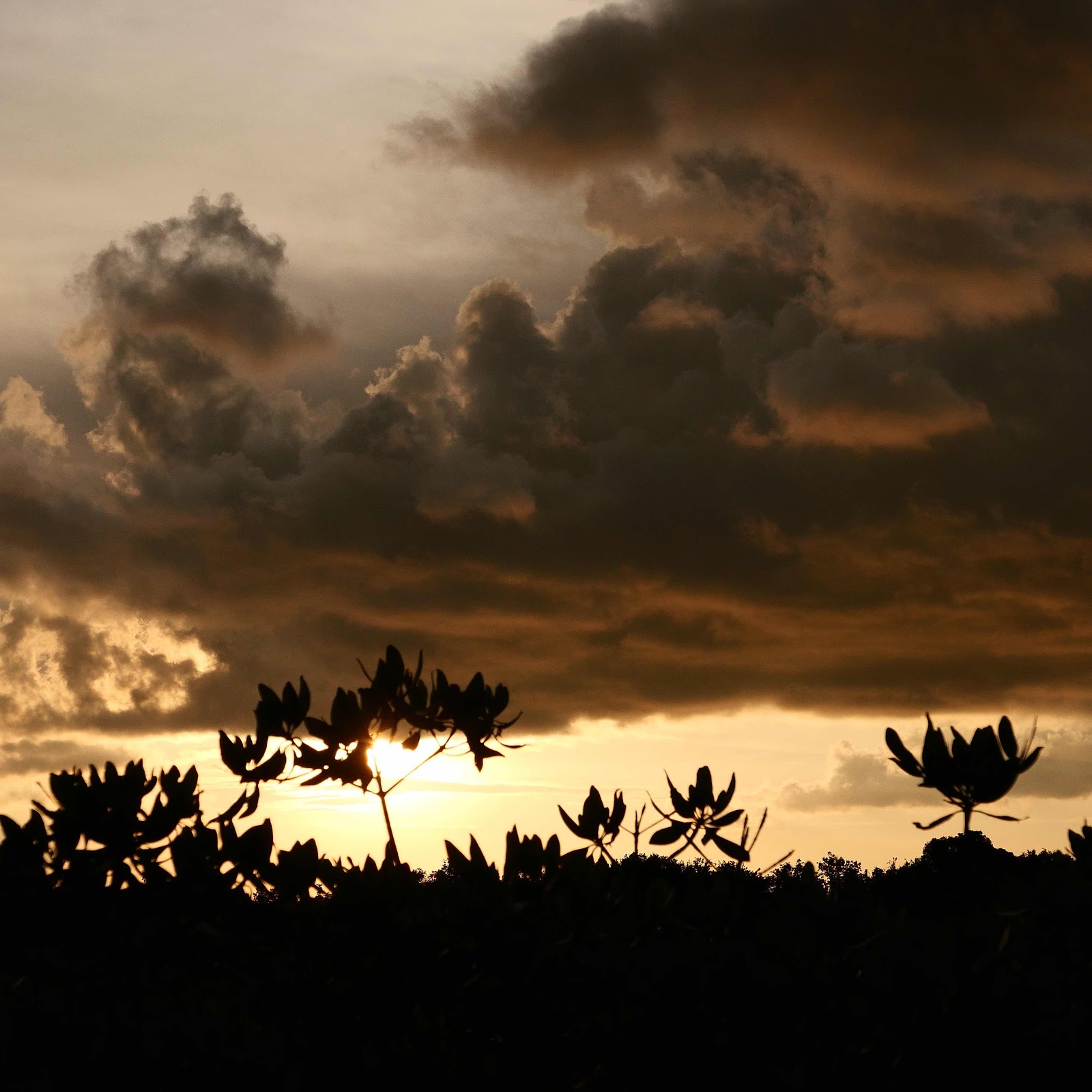 I will be curious to see how he reacts when we come back next winter after our circumnavigation of North America more or less. People who don't live with dogs wonder if they remember but anyone who has lived with them know they remember perfectly. He will be excited to be back and no doubt I shall be also. 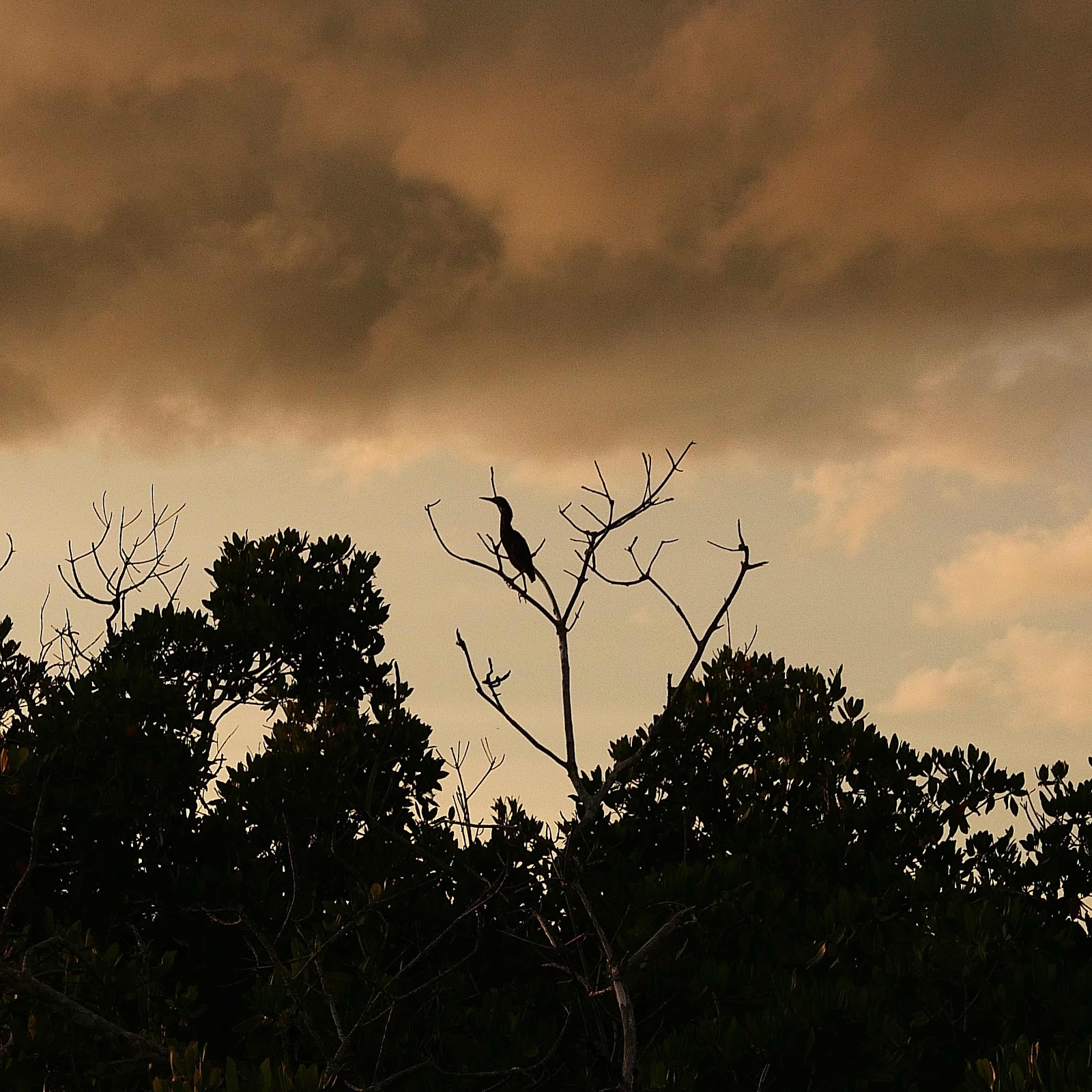 I watched a video recently of a young couple who travel with huge smiles and genuine curiosity in a Promaster van with a cat and a dog. They chose to put their van in a container to ship it from Panama to Colombia. Another much older couple traveling near them had to ship their tall Sprinter in a merchant ship where they roll it on and off like a ferry. I wanted to compare experiences. 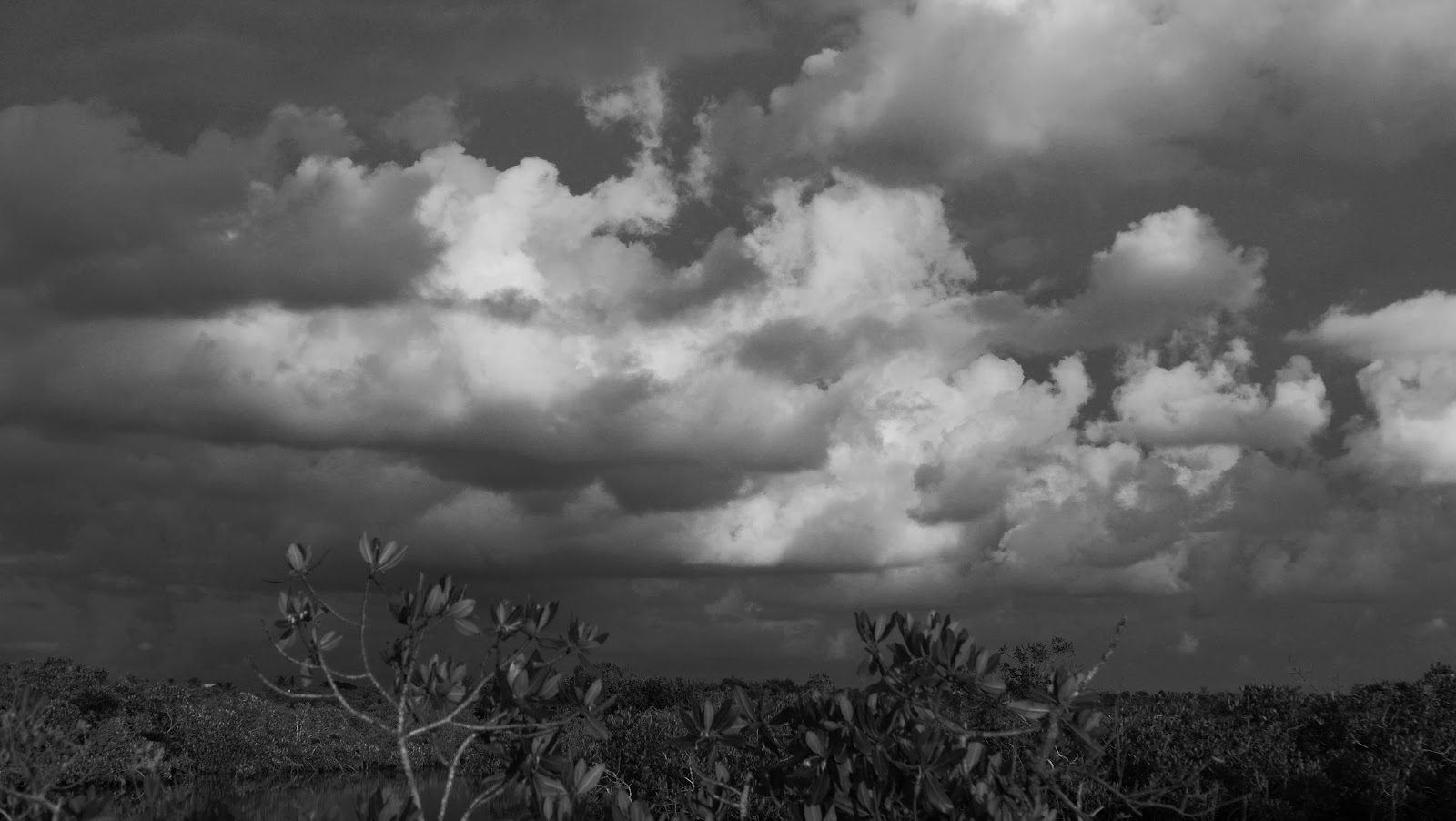 The older couple turn every setback into an ordeal where the youngsters laugh and smile and create an adventure, not a real adventure just a fun new experience. I stopped watching the gloomy older van travelers as their constant moaning and dire headlines were off putting. The Vandersons I enjoy greatly. 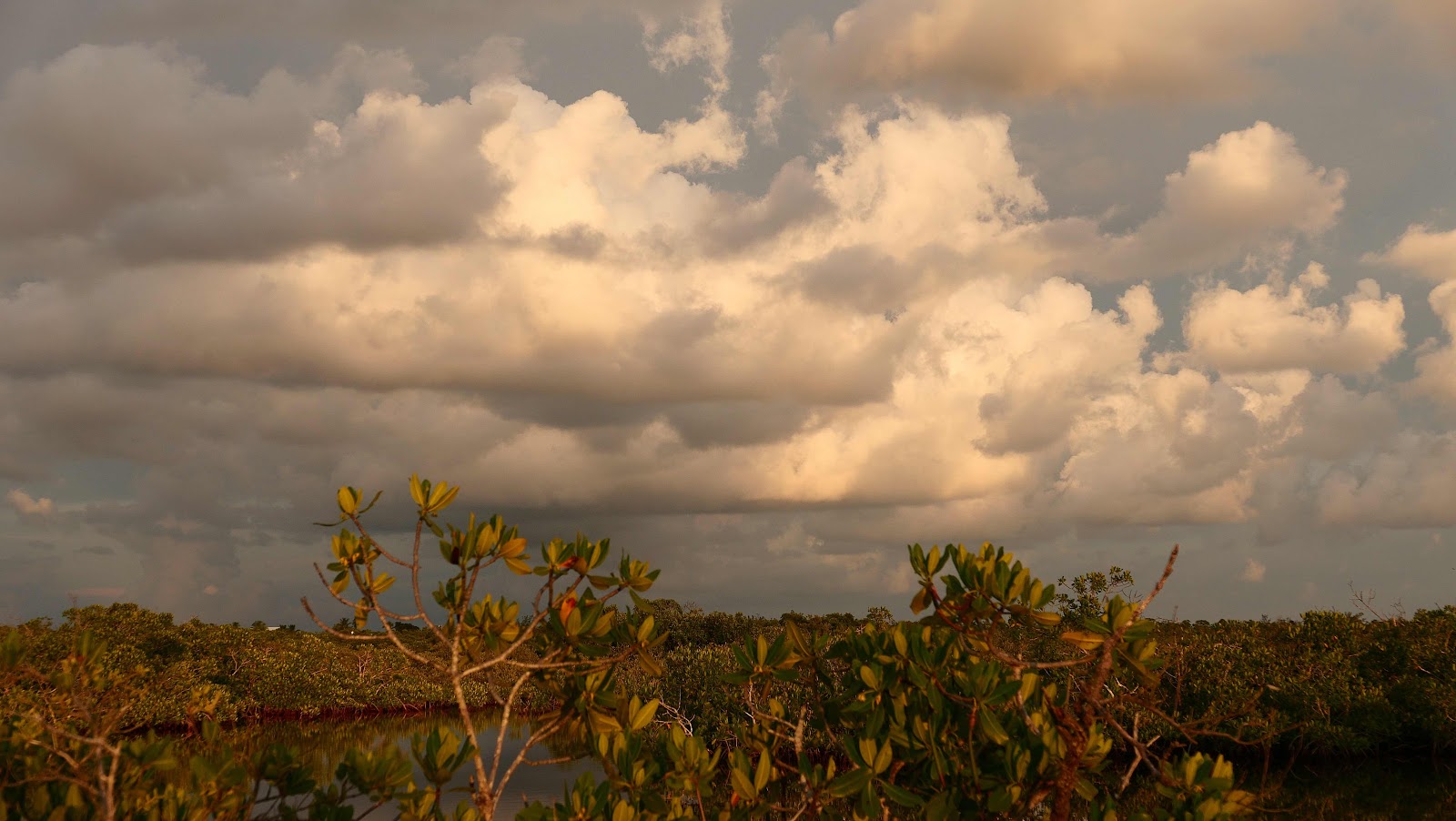 Layne and I had been talking about shipping our van from Florida to Colombia and flying with Rusty going as freight. However the Vandersons took an hour long flight and rode in three seats with their large dog on the floor between them. A laser light went off when I saw that and now the pendulum is swinging in favor of making the drive through Central America...I think Rusty will thank us. 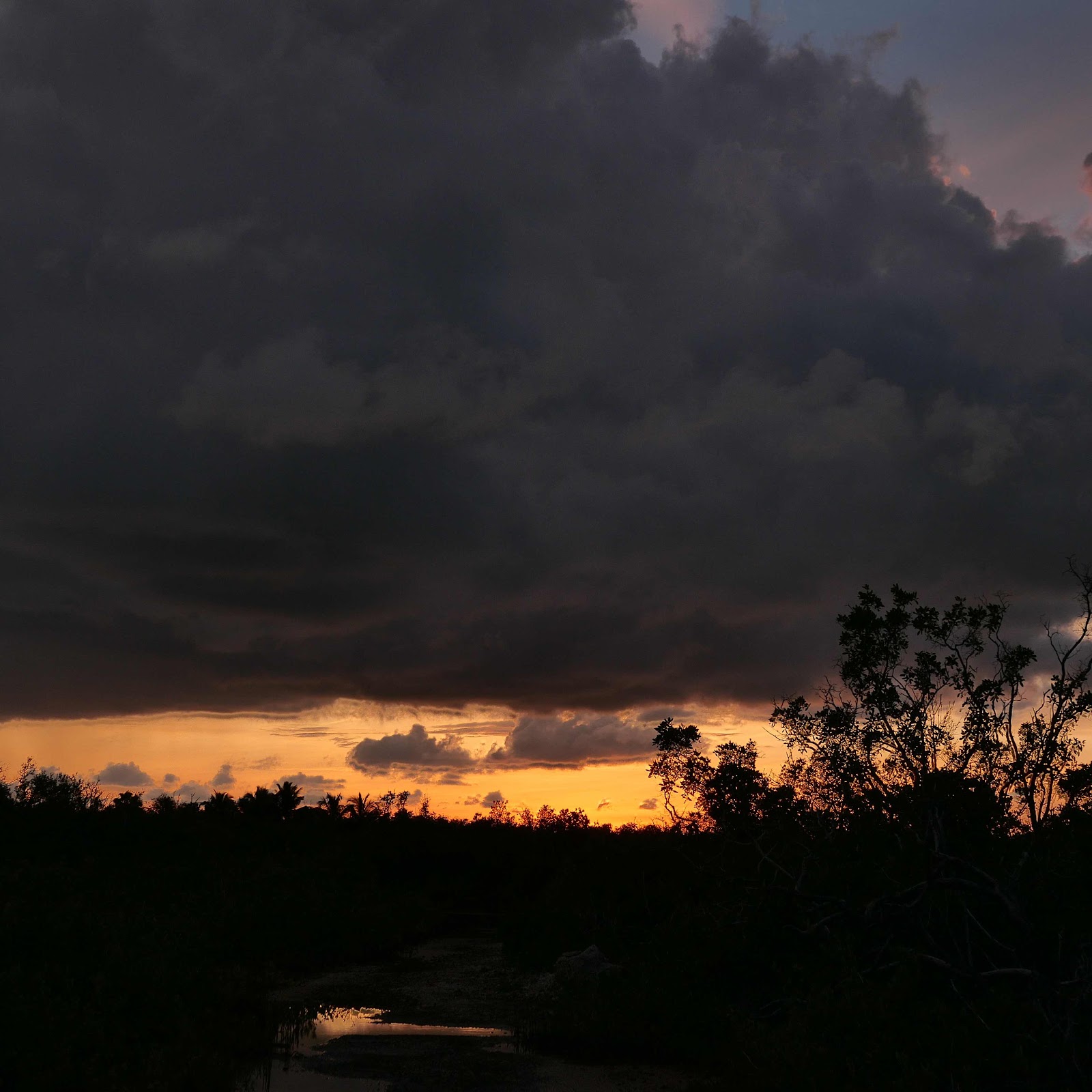 We've been looking at old travel pictures and that has actually helped spark renewed interest in Central America. There is much to see we previously missed. And flying with Rusty will be quite enjoyable. 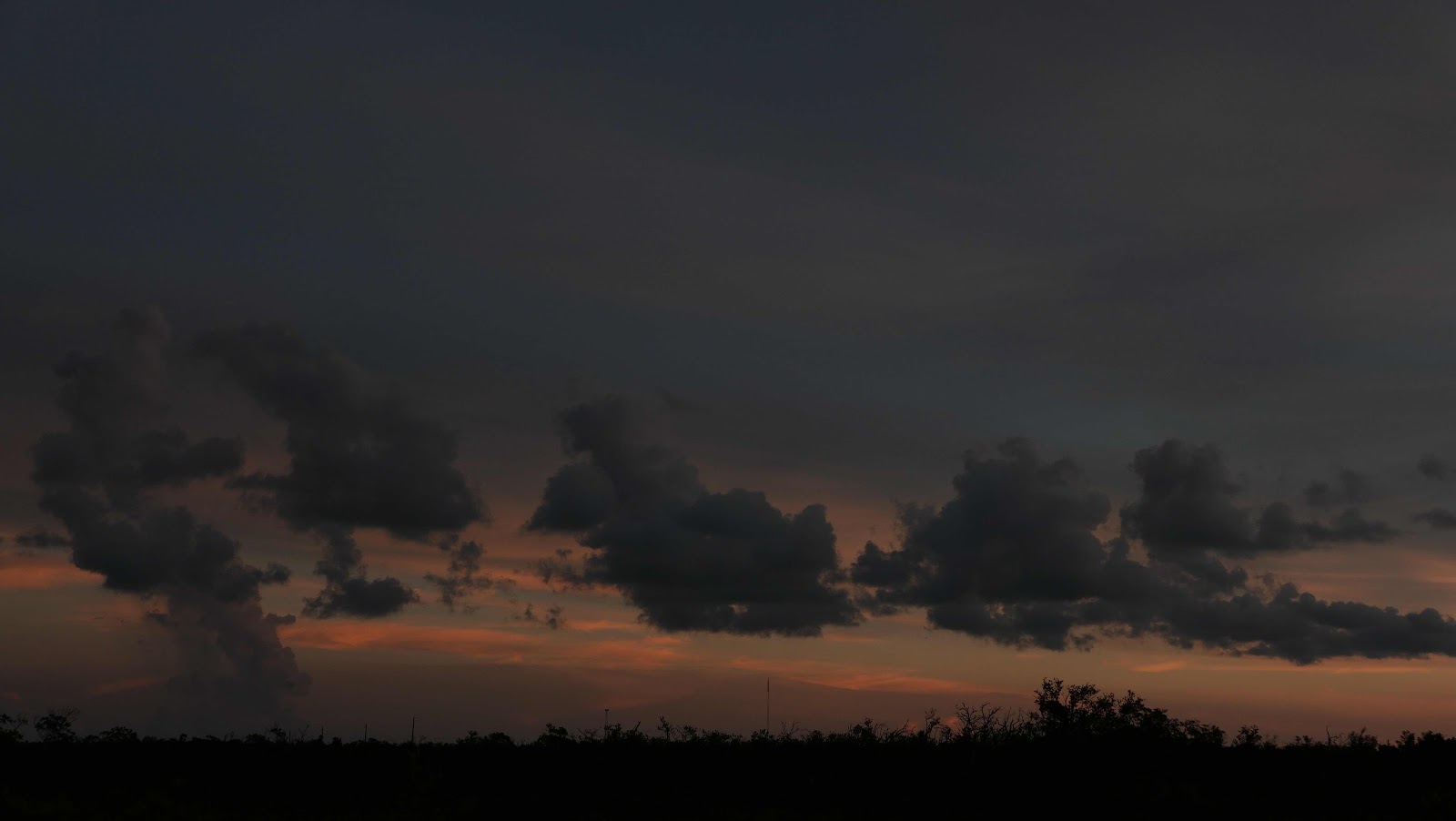 At the moment the glum older couple were still waiting for their van, in a luxury apartment in Cartagena de las Indias in Colombia when the youngsters dropped by on their way to meet their container. Waiting can be a nuisance but what else is there to do? Miss a deadline? I hope I never forget the privilege of my time being my own. 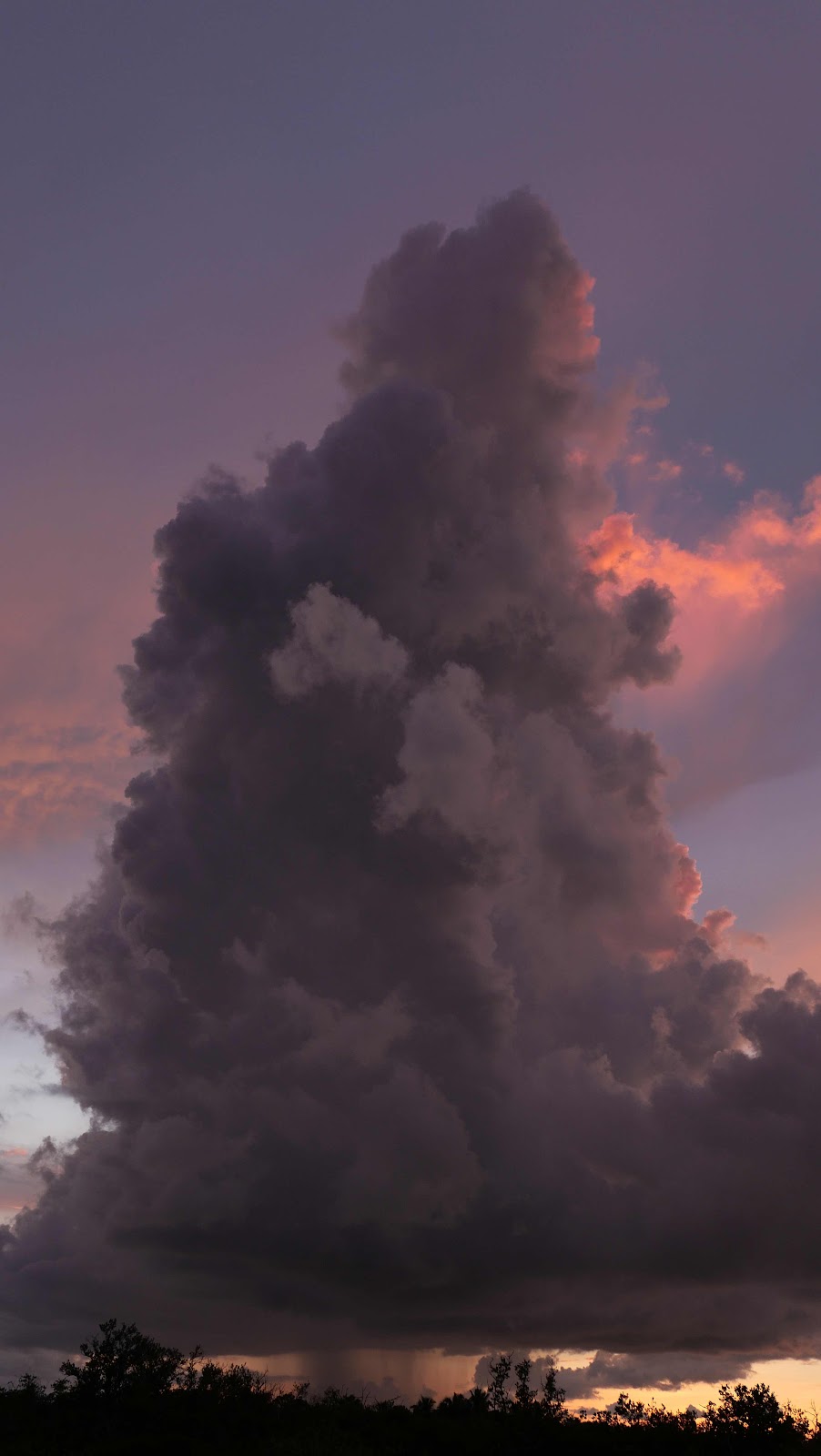 Wherever I am in the world I will remember these thunder heads and the sweeping sounds of storms rolling in unimpeded by mountains across a landscape as flat as the sea. 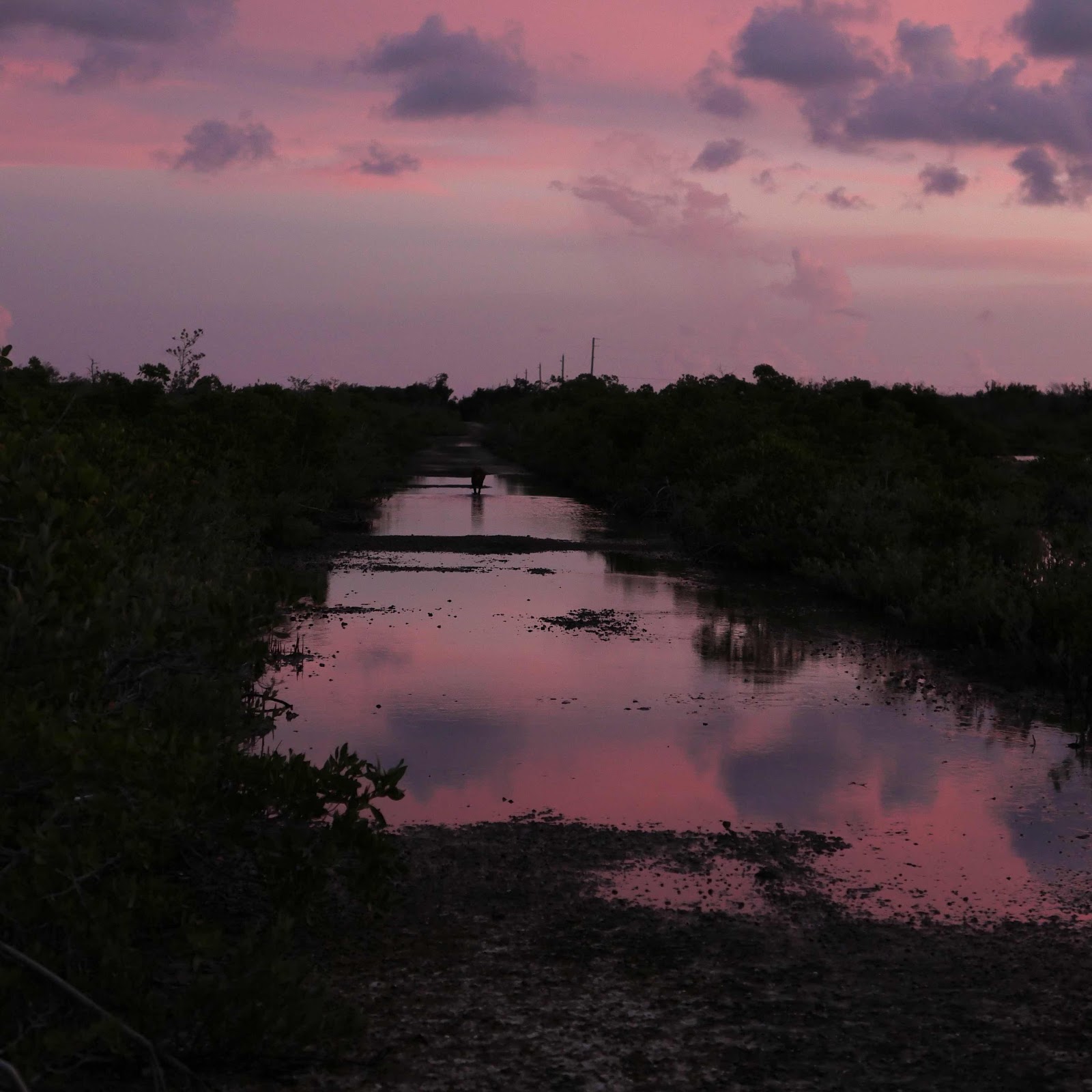 Winter brings clear blue skies along with the return of birds from all over the place. I wonder if it will get properly cold this winter? 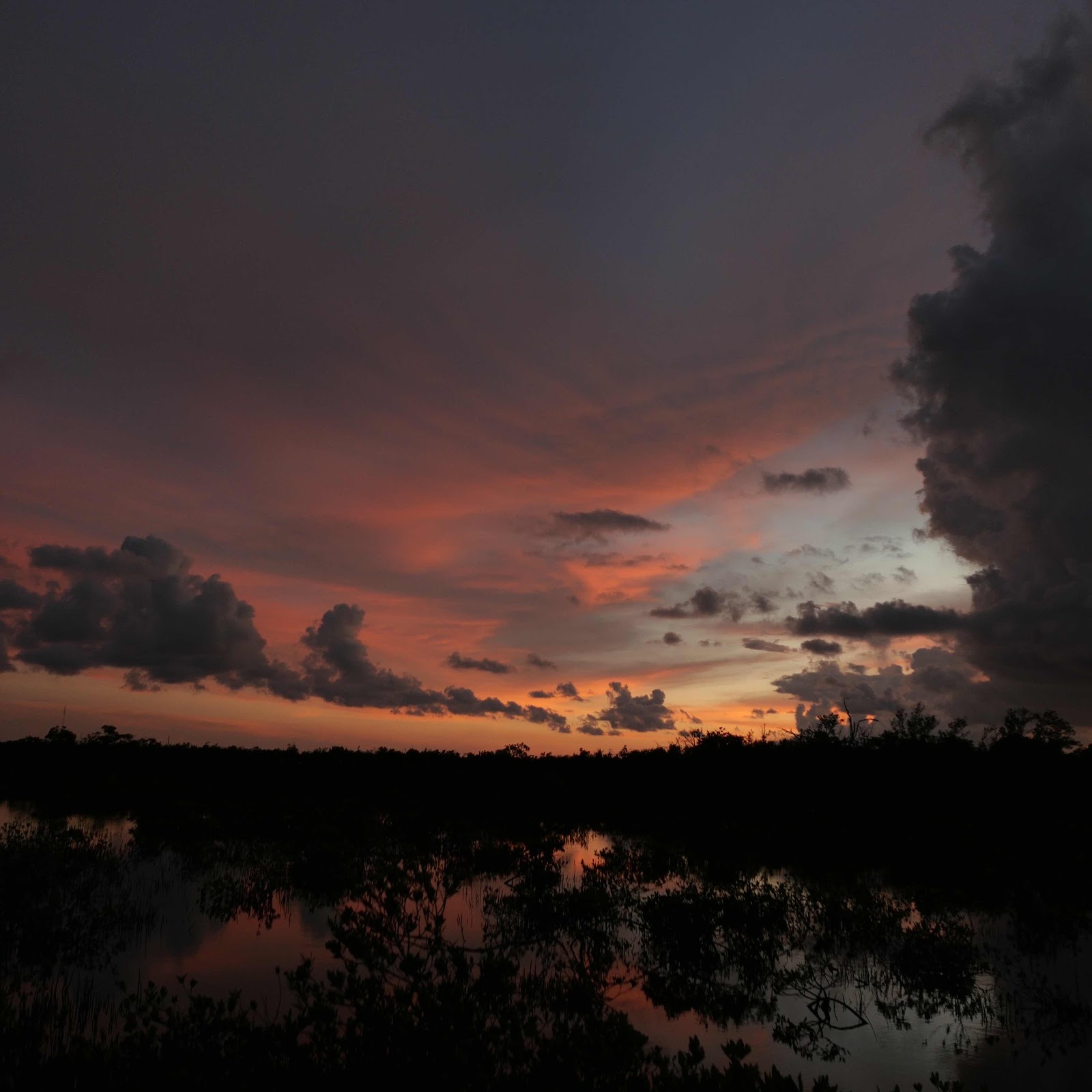 It will for us and we are ready to enjoy that challenge.  I have spent much of my life drifting through other people's lives, those settled and happy to be in one place. I envy people who stay put and sometimes I have tried to emulate them but it ends up not working. It's odd too because I am, as my wife likes to point out, a creature of habit. 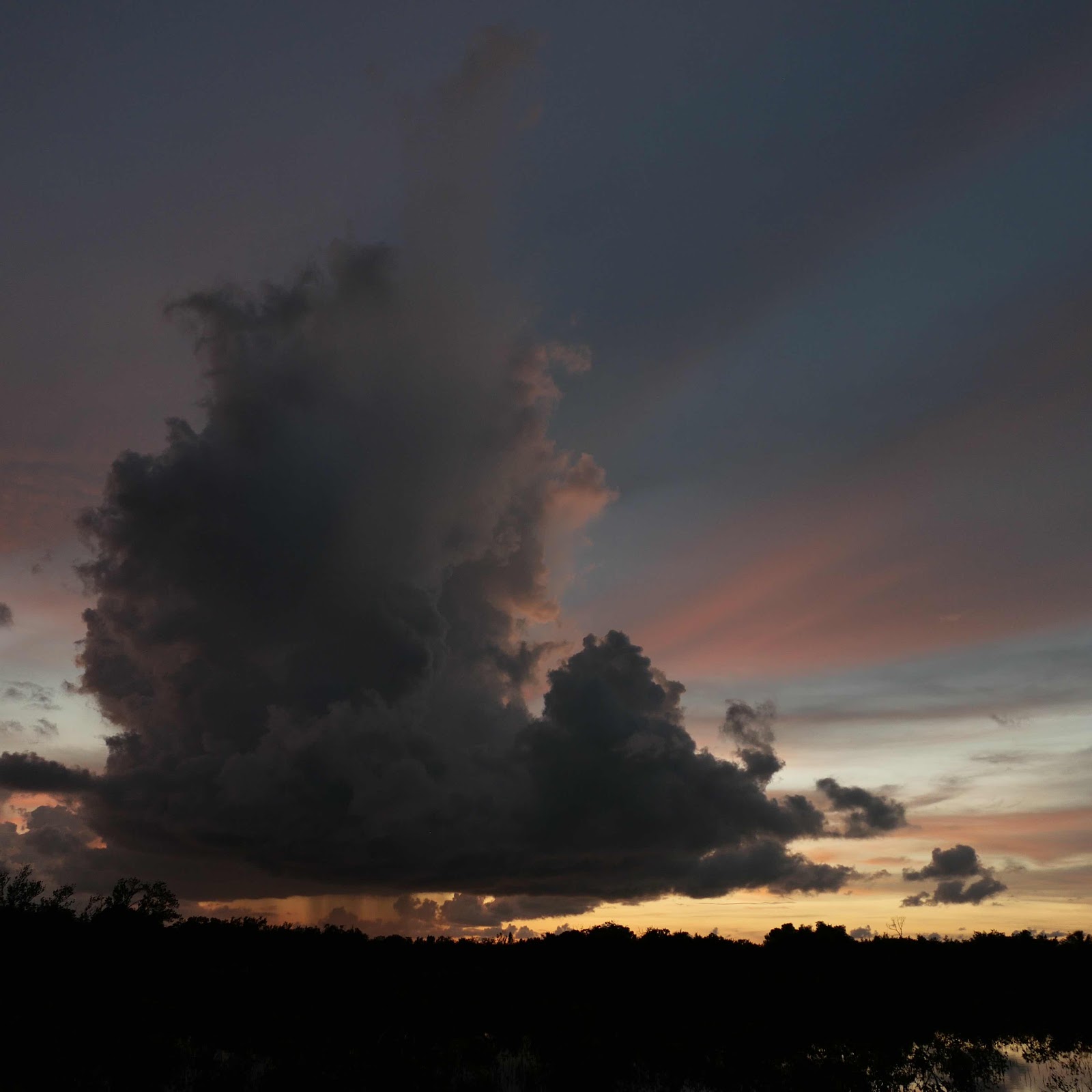 At a farewell dinner with friends Manfred looked at me while addressing Layne and said he doesn't like to plan does he? Manfred grew up in Europe and settled in South America where he got ousted by a coup and came to live in the US. Through it all the businessman made his plans and lives in a lovely home in the middle Keys, an enviable life. He thinks I am mad to consider driving Latin America, but is too polite to grab me by the scruff of the neck to shake sense into me. 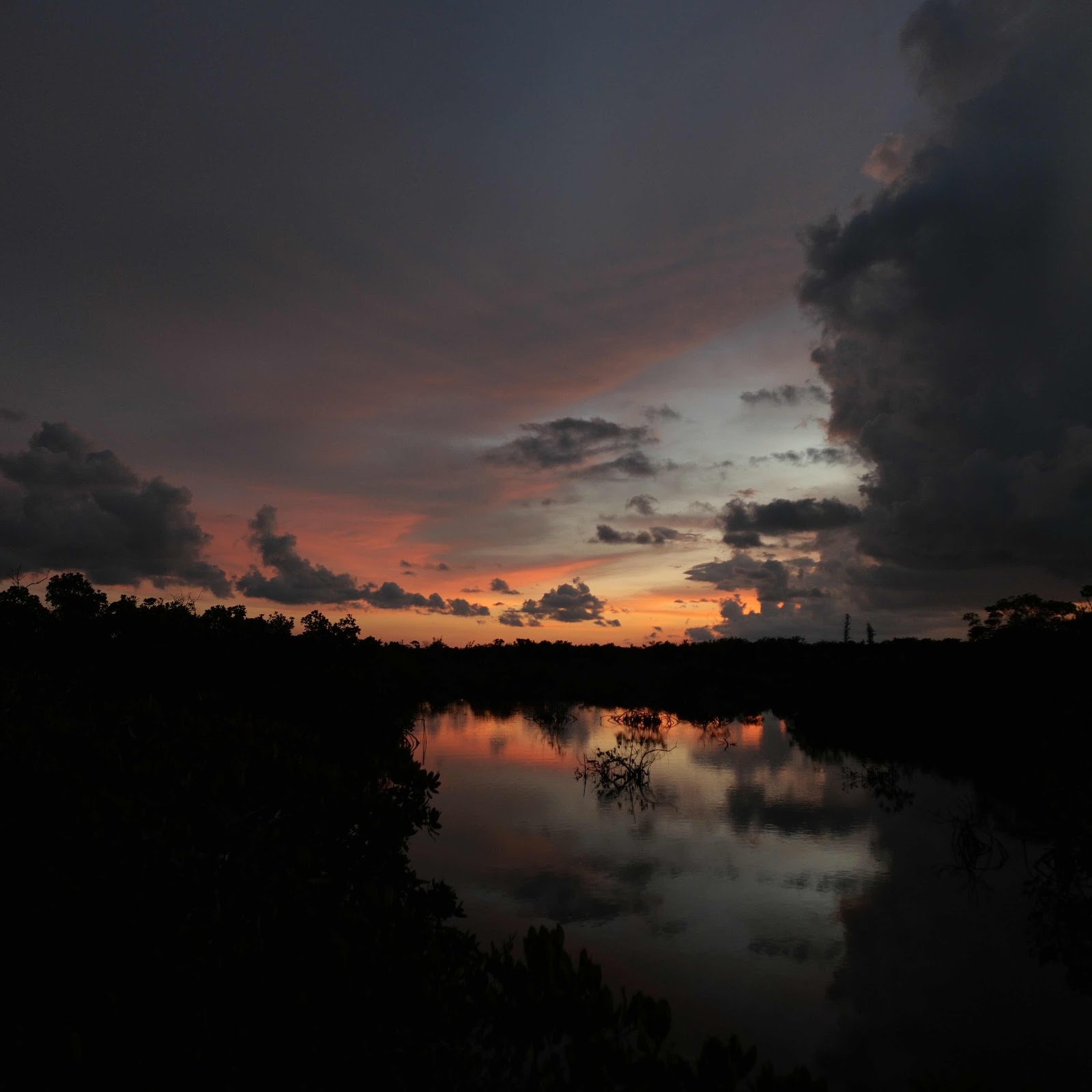 I asked Layne on the way home what he meant. I thought I was a massive planner especially considering all the details we have been micro managing together these past months. We sold our house and rented five years ago in anticipation of retirement and started pondering vehicles for our trip. We bought our converted Promaster two and a half years before liftoff, which date we brought forward from next April as originally planned. We talked of trucks and camper trailers, RVs and Jeeps with tents. We planned like nobody's business. 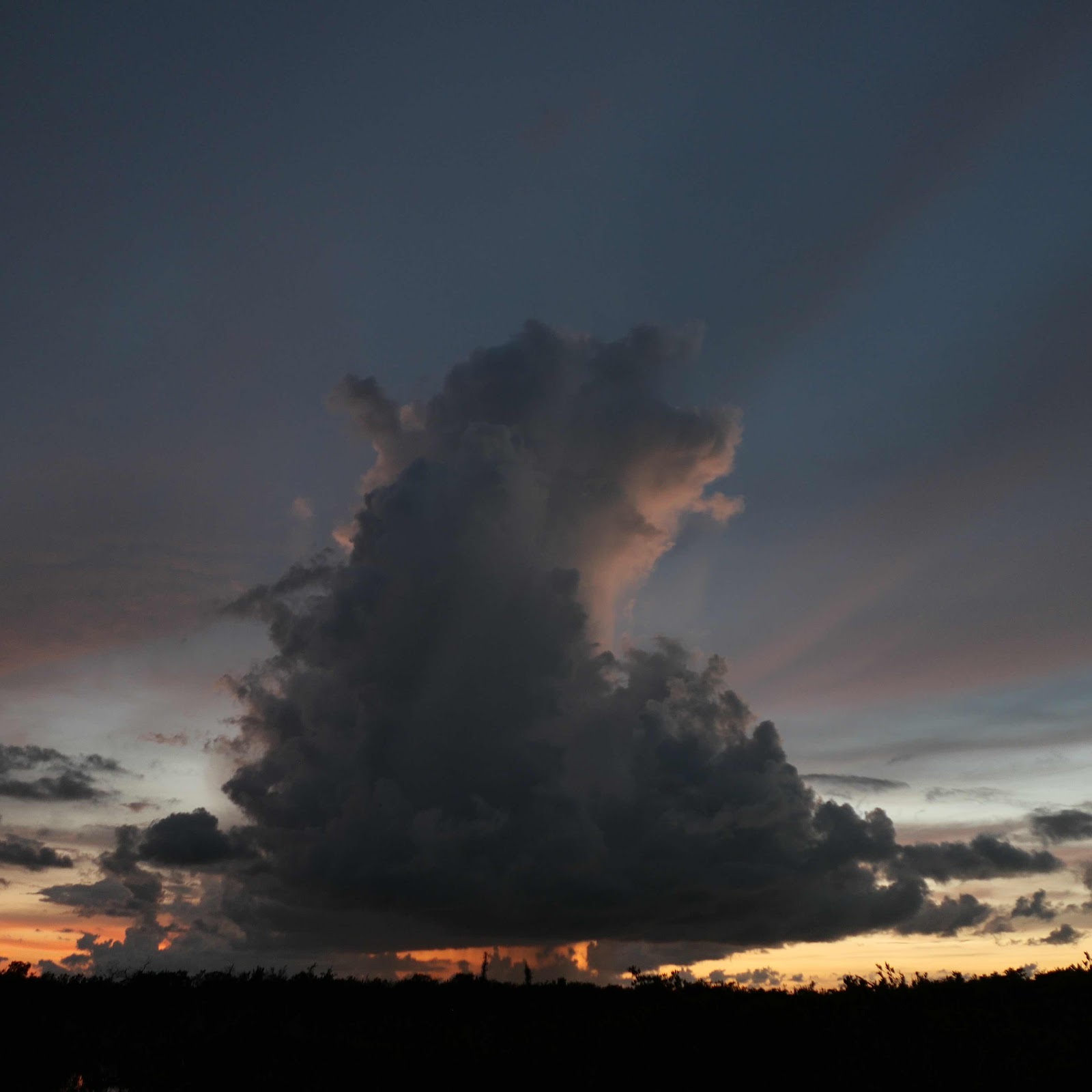 I got finally what Manfred meant. I make no plans beyond the next one. When I emigrated to the US I had no idea what I was going to do except escape from my family. I had an idea I would end up in Australia, the furthest point from Italy I could find. Even now I have no idea where my story ends, we could decide to settle in South America or somewhere else on the way. I have a vague idea of coming back to the US and living on a boat in St Petersburg ending the story where it began forty years ago. Maybe not. 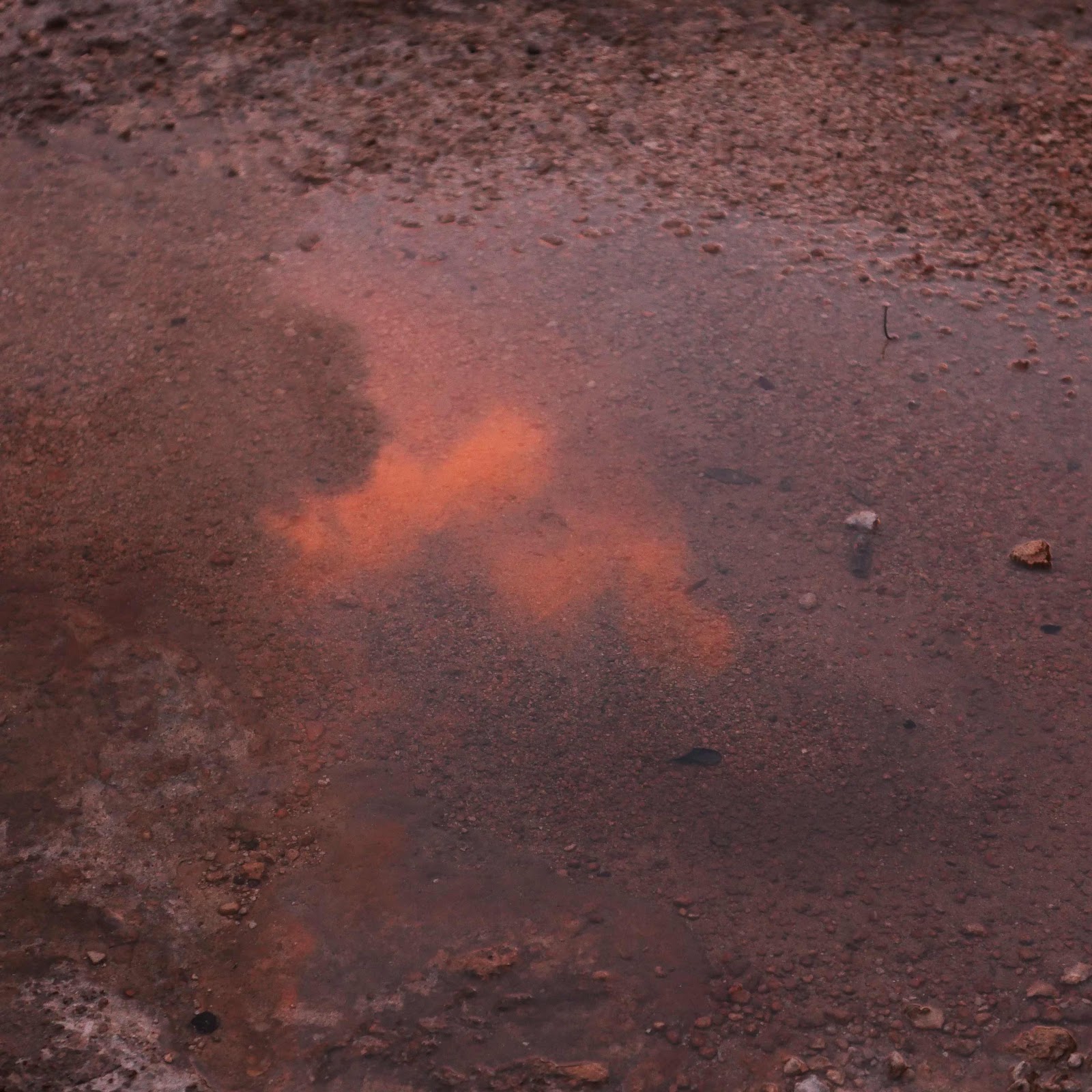 One reason I am not a fan of comments was another nasty egg dropped by Anonymous who finds bravery I suppose in being snide while hiding. I am in for a rude awakening s/he said. I had thought the story of our sail through Central America would put to rest all the couch potato negative commentary but I guess there's always a hold out. Let me be clear. 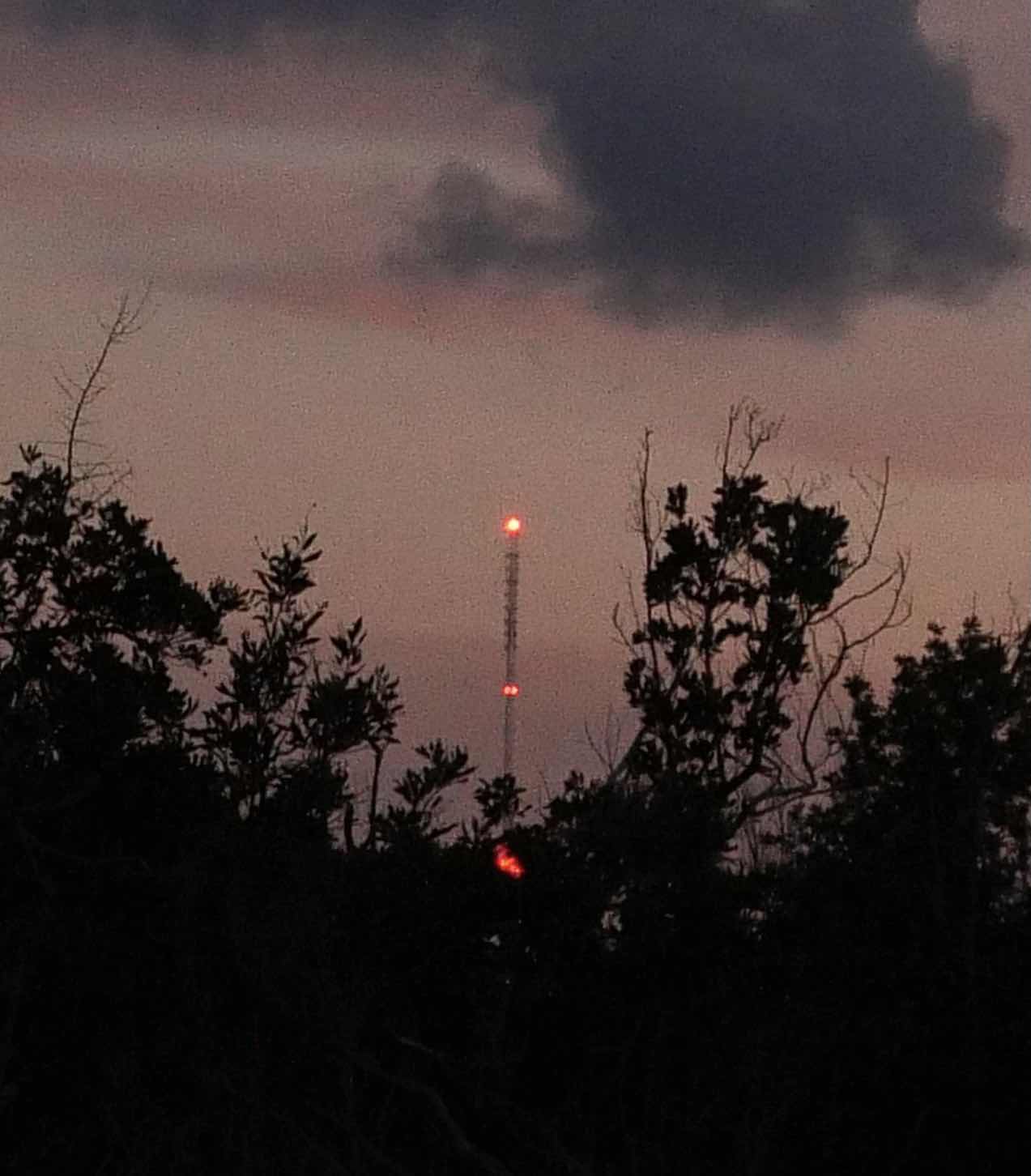 I am not a Conch, I don't believe in the concept of fresh water Conchs because either you are or you aren't and I am not a native of these islands. They own them and they manage them and they let some of us live here which is a privilege I have respected and enjoyed. But it’s time for a difficult change. This page is advertising free, there are no pop ups  and I’m not selling anything least of all myself. I’ve paid my dues to not require Internet income, Patreon patrons or heaven forbid- sponsorship. Enjoy this little page for what it is but please express your negativity on Facebook which specializes  in promoting drama. I want none of that here. 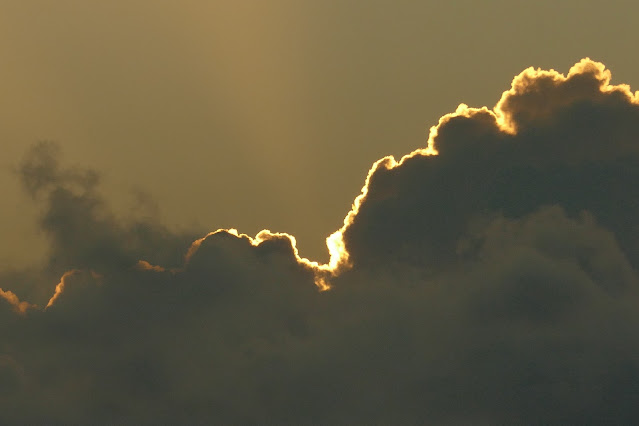 I'd like to draw your attention to a traveler you've never heard of who just recently died after driving for a quarter of a century through 195 countries including I might add, North Korea.
Gunther Holthorf German Driver
Then ask yourself why you've never heard of him. Odd that! He never even had a web page or a digital camera…
Posted by Conchscooter at 12:33 AM

Lovely colors in some of these!

Ah yes... the Vandersons. Which tells me who's waiting! :)

Great T-head pics! And also thanks for that link on Gunther Holthorf. Amazing!

Your nature pictures are always breathtaking. I am looking forward to seeing shots of your new travels.


Absolutely love your cloud pictures and the beautiful colors they contain!! I never tire of cloud watching so thank you for these gorgeous pictures!!

Congratulations on your retirement! Nice seeing you visiting my friend Bill. Wish I was home in St. Pete in hopes that we could meet for the first time, but I am still roaming as you are about to do. Just don't recommend driving Gannet2 down the streets of Paris where I will be when you pass through St. Pete.
However, we are just like neighbors as I live at 411 Walnut #455 and have been there for over 25 years.
Travel save,
Lostboater