Today will be my last full day in Pensacola and we started it as usual with Rusty leading the way around East Hill. The more I observe his behavior the more I see the predator in him. He already knows Therèse's home from several hurricane evacuations, when Layne brought him here to wait out any serious storm. Most recently that was Hurricane Irma which was a time of stress for families as the Keys were completely cut off for several days. It was none too pleasant for me either living without water, electricity, gas, or civilization in the minimally staffed police station! 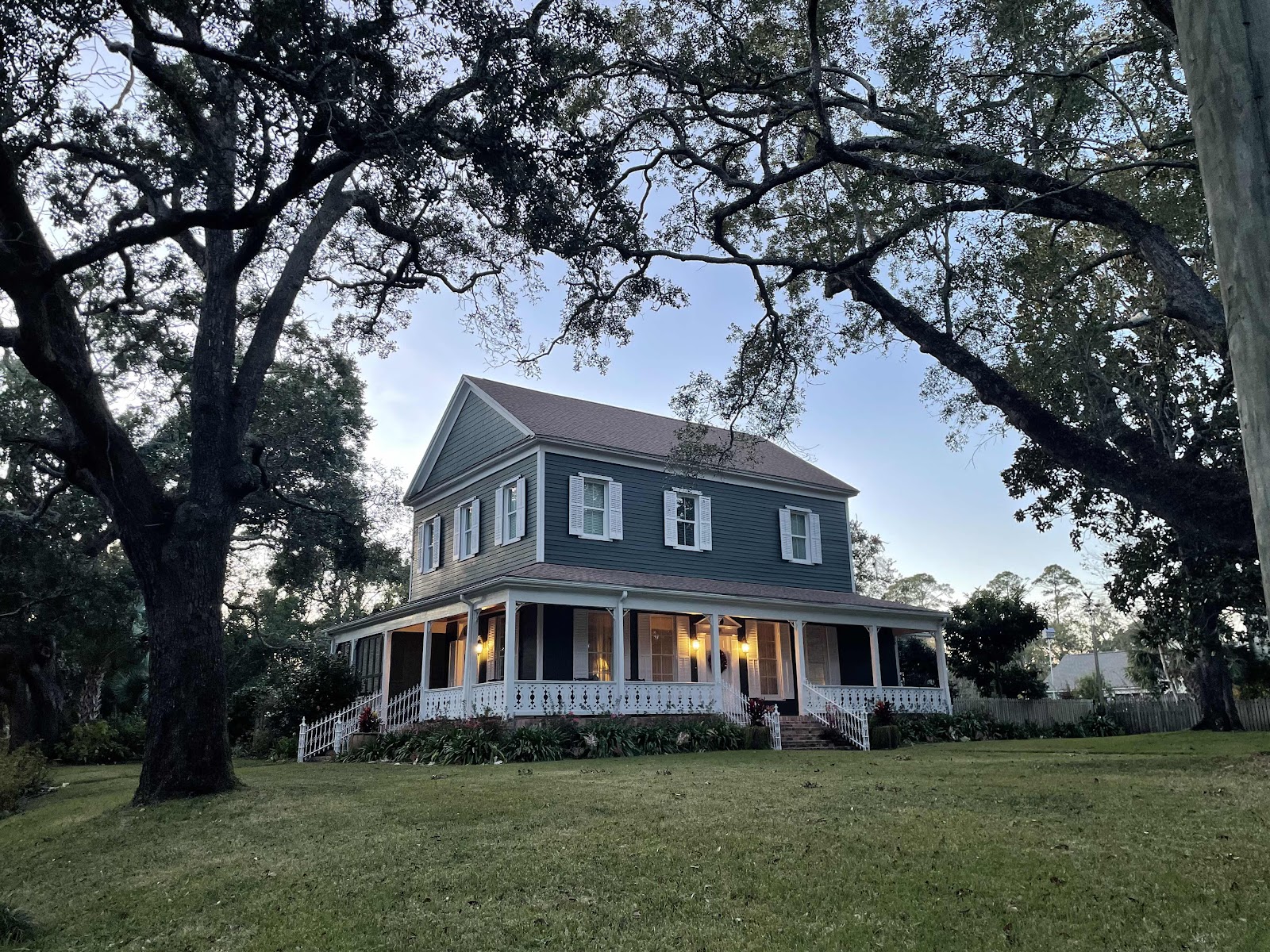 Happy days, we are here by choice. And this is a pretty place. Rusty makes larger and larger circles each morning when we leave on patrol. My idea of a morning walk would be to get in the van and chase down some point of interest or to visit the rather pretty downtown and explore a new place. But my Carolina Dog lives by his wits and he likes to get to know who and what has been traveling past his lair while he was asleep. So we walk in apparently random circles around the block while he checks the ground for predators and likely dangers.  That such a wild thing cherishes my company never ceases to surprise me. 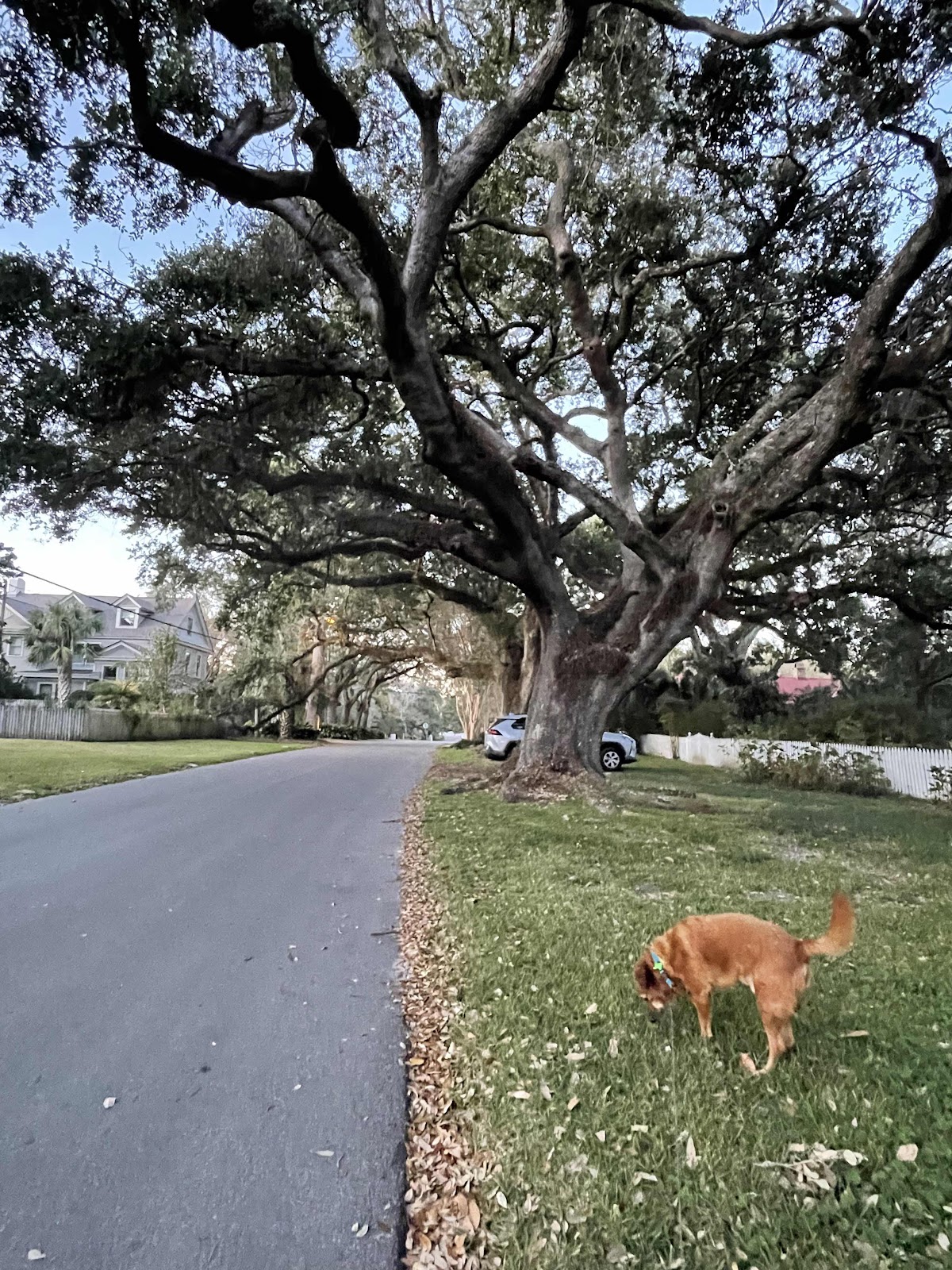 I have a few ideas why Thanksgiving is my favorite holiday of the year and I know I'm not alone in this. The lack of commercialization makes this holiday special. As much as shopping and Black Friday intrude the holiday itself is somehow still as much about the basics as it ever was. Jews have a similar tradition I discovered after I married one - a choice as mysterious to me as Rusty's pleasure in my company. Passover is the meal that sees a place kept for Elijah the prophet who will one day show up, at every Seder simultaneously presumably to announce the arrival of the Messiah. Jews place Jesus as yet another prophet and they are still waiting for their savior to show up. I guess a few more centuries won't hurt because the Passover meal has for me an air of Thanksgiving about it and thus a welcome additional holiday. 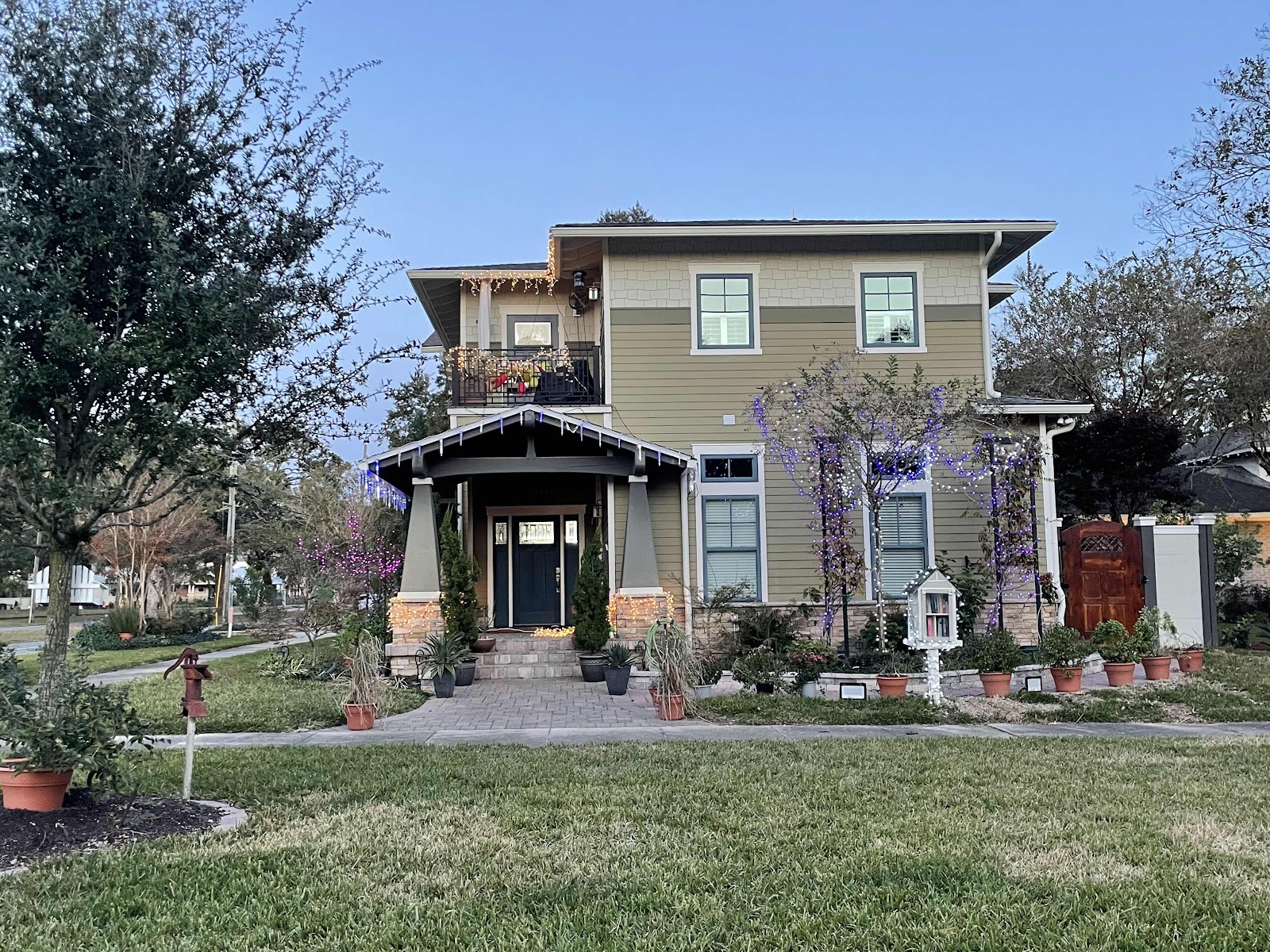 I'm an outsider to both traditions so my family never sends me Thanksgiving greetings and I'm never huddled in a corner exchanging pleasantries with long distance relationships. In Europe among my nominally Christian family members Thanksgiving is just another Thursday. Which to me is tough luck because Thanksgiving is the best. Not only is there lots to be thankful for, it is also a holiday of pure sentiment, friendship, eating together, and open doors with no pressure to buy, exchange or pretend. Pass the sweet potato casserole and dig in. Simple joy. Some people then get ready to shop and others pull out their Christmas decorations. 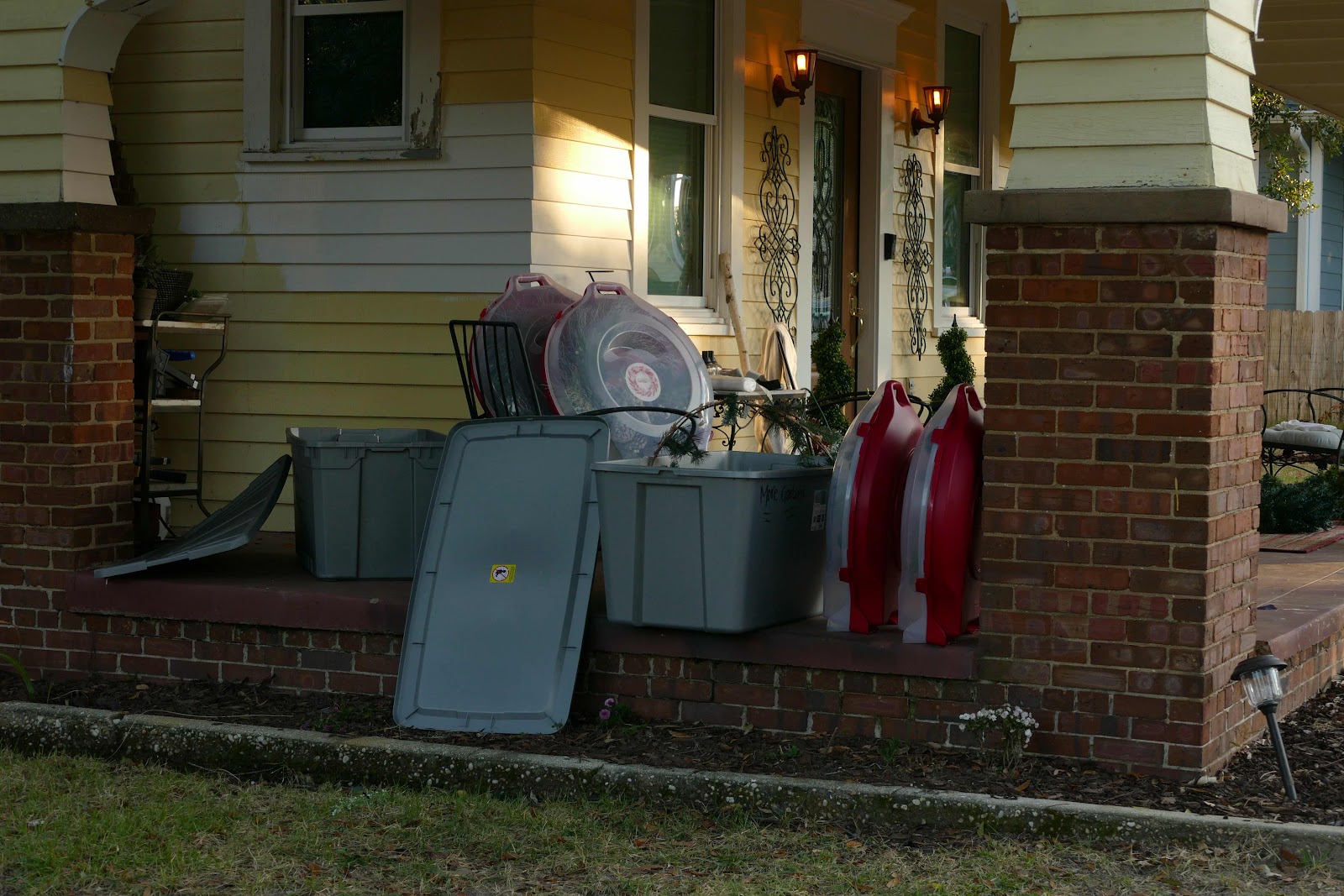 Jews at Passover have a tradition of open doors to anyone who wants to sit with them. Its like Thanksgiving in that it's a meal shared, and even though there should be readings and questions and all the rest of the formula the nub of a Reform passover gets down to passing the plates with food. Europeans don't do this and they miss out. For centuries they persecuted Jews for hanging around waiting for a Messiah when one perfectly good one had already come and gone, and nowadays the concept of Thanksgiving seems permanently out of their grasp. Hollywood, McDonald's and I am told nowadays American pancakes are all the rage in Italy but Thanksgiving? That's weird. Not that, not in Italy. 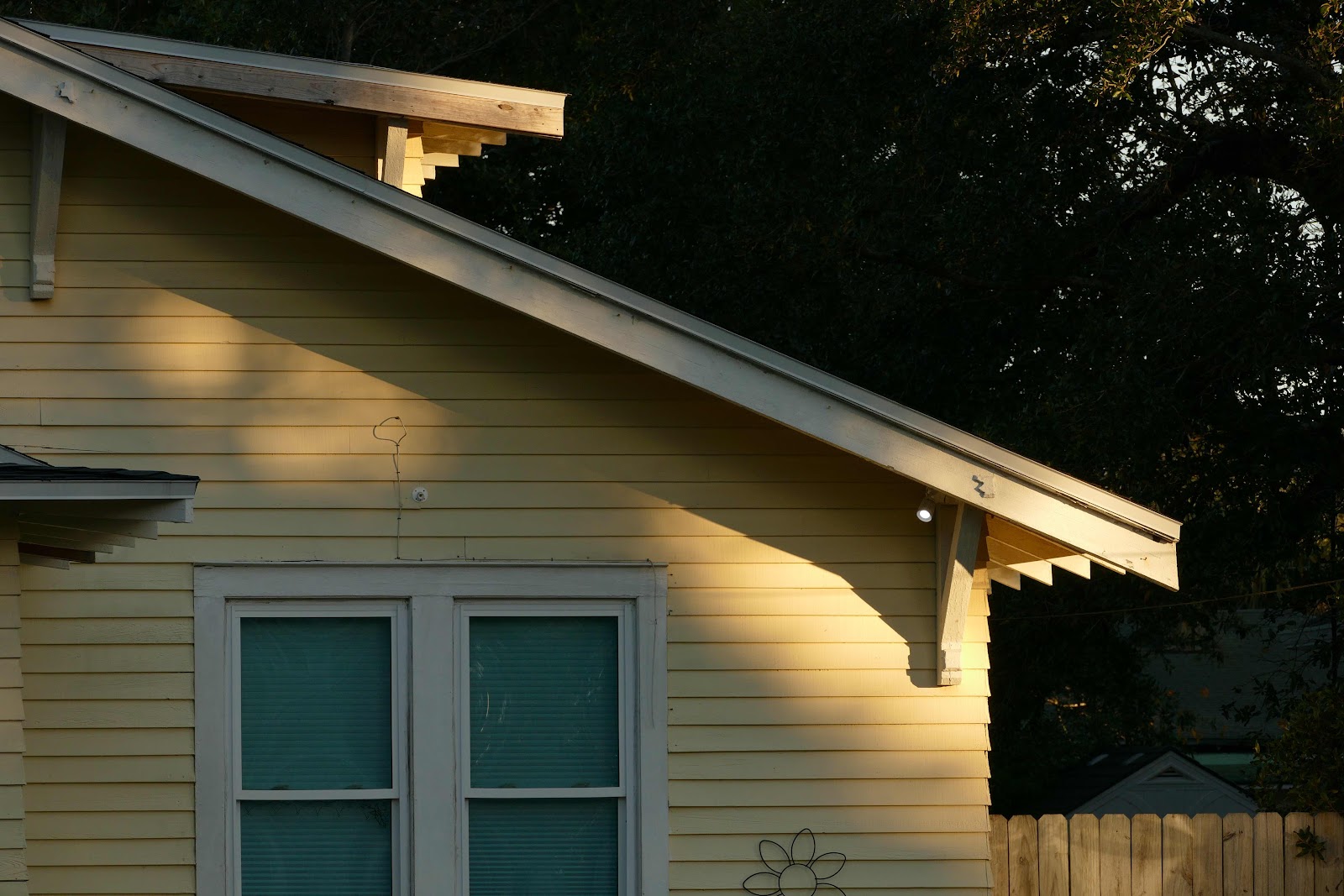 We will be driving the next month, ambling our way to warmer climates and we hope we will be seeing "Feliz Navidad" lit up everywhere, as the western tradition of over the top commercialism has taken hold around the world. After my parents separated and my mother went to live full time in Italy after thirty years in post war Britain, I found myself celebrating Christmas in her tradition, where Italians had an old witch bring presents in January to mark the holiday (holy day) of La Befana on January 6th, Twelfth Night when the Three Kings arrived out of breath with gifts for the Messiah from eastern realms. The Epiphany, a forgotten holy day nowadays. 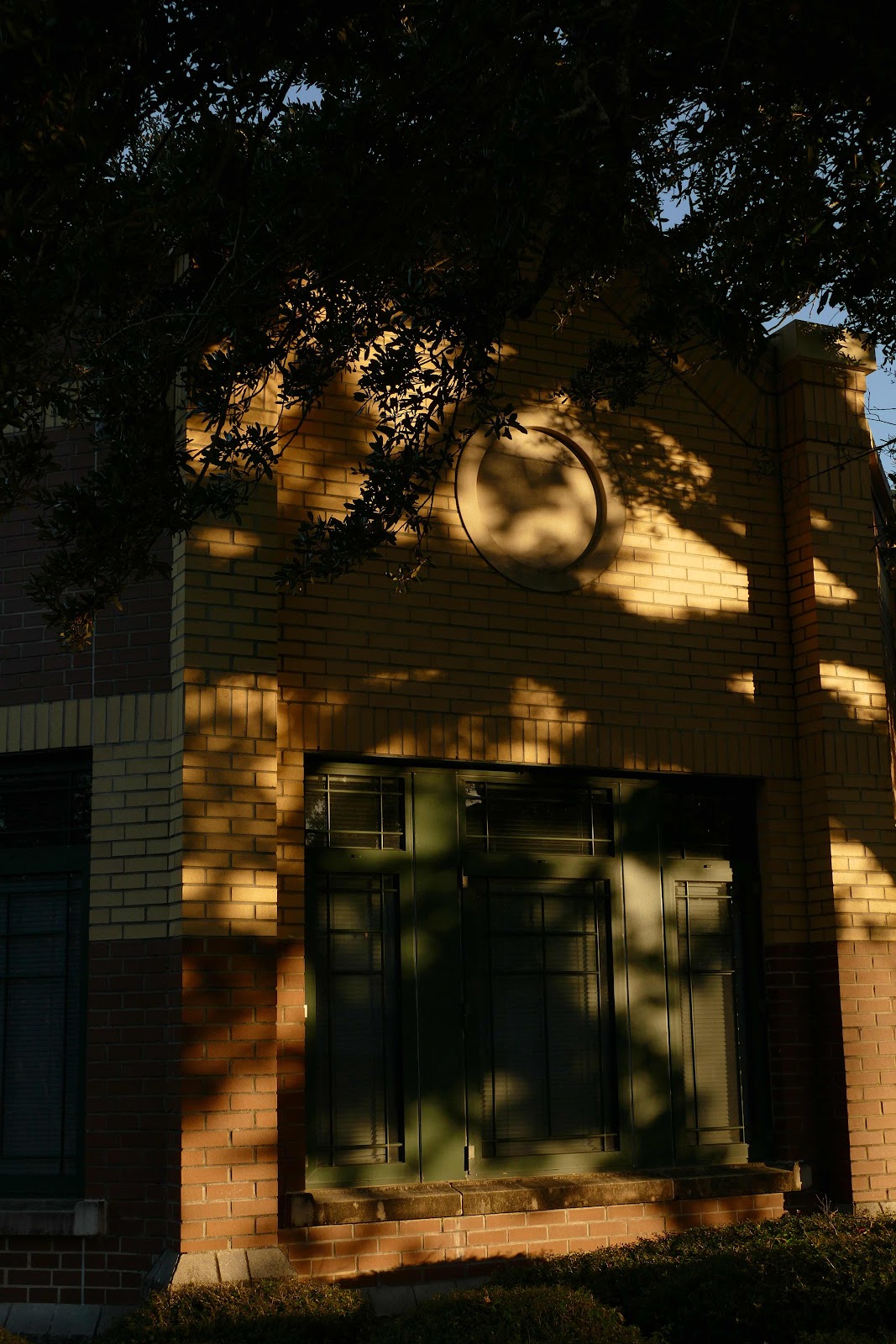 I was confused naturally but these days Italians have got with the program and Christmas trees and squealing infants gather on the morning of the 25th per the modern script and La Befana is an embarrassing relic of another time. But I remember Christmas in Italy as a time of eating and subtly giving thanks with not much emphasis on gifts and lights and stress. I'm doubly thankful I get to celebrate this holiday now in my old age in the New World. La Befana comes to America every Fall. 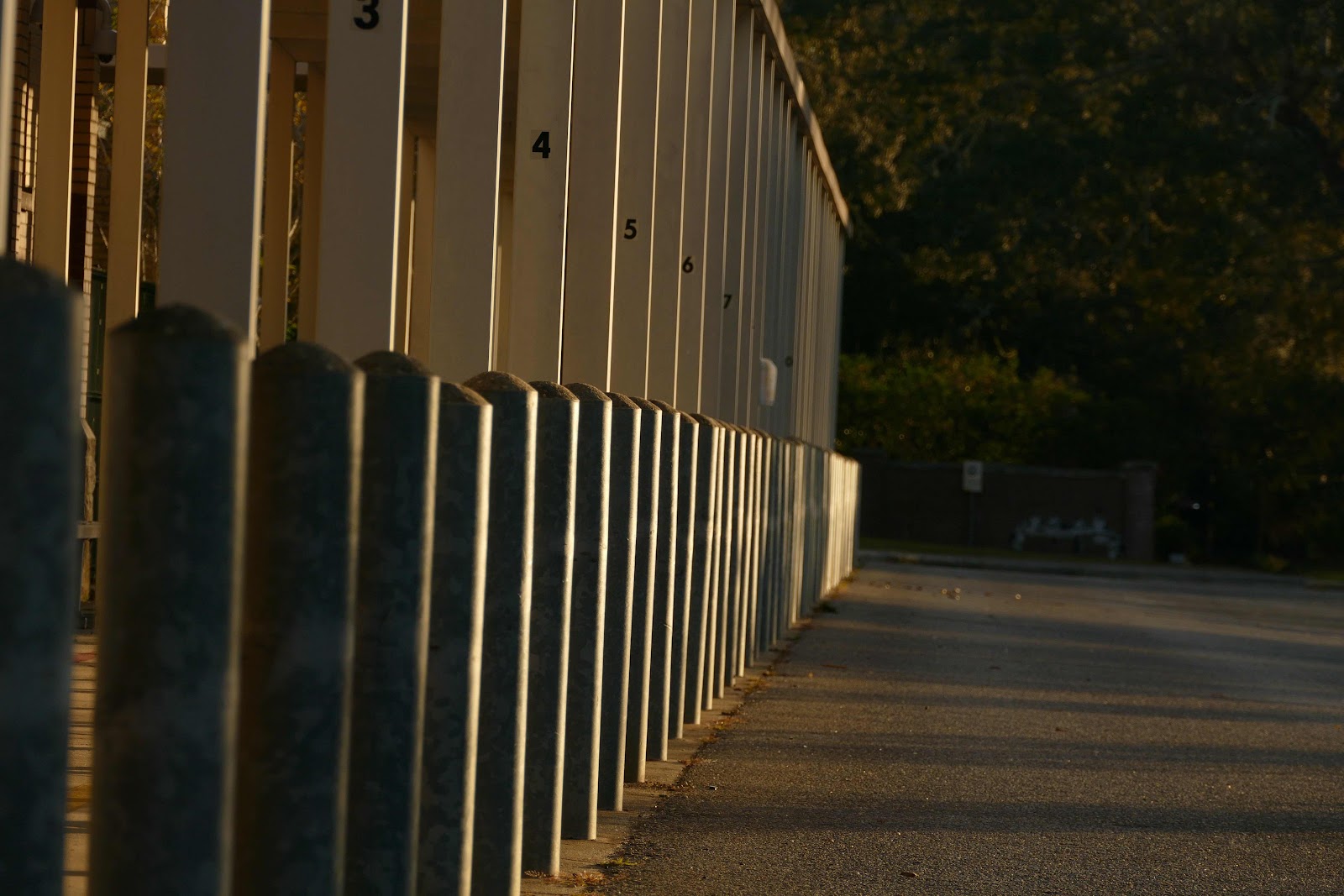 Thanksgiving reminds me of another brilliant Italian tradition that has been thrown to the ash heap of history which is the ponte or "bridge." For reasons too complicated to go into (look up Lateran Treaty 1929 on Google if you want) Italy was required to celebrate a number of religious holidays every year. August 15th for instance The Assumption of Our Lady was a day off, and still is in a national holiday month. Practically every month had a religious holiday and occasionally even two. Italy's neighbors dedicated to their Protestant work ethics made fun of Italian laziness with their unending series of holidays and days off and all the rest. 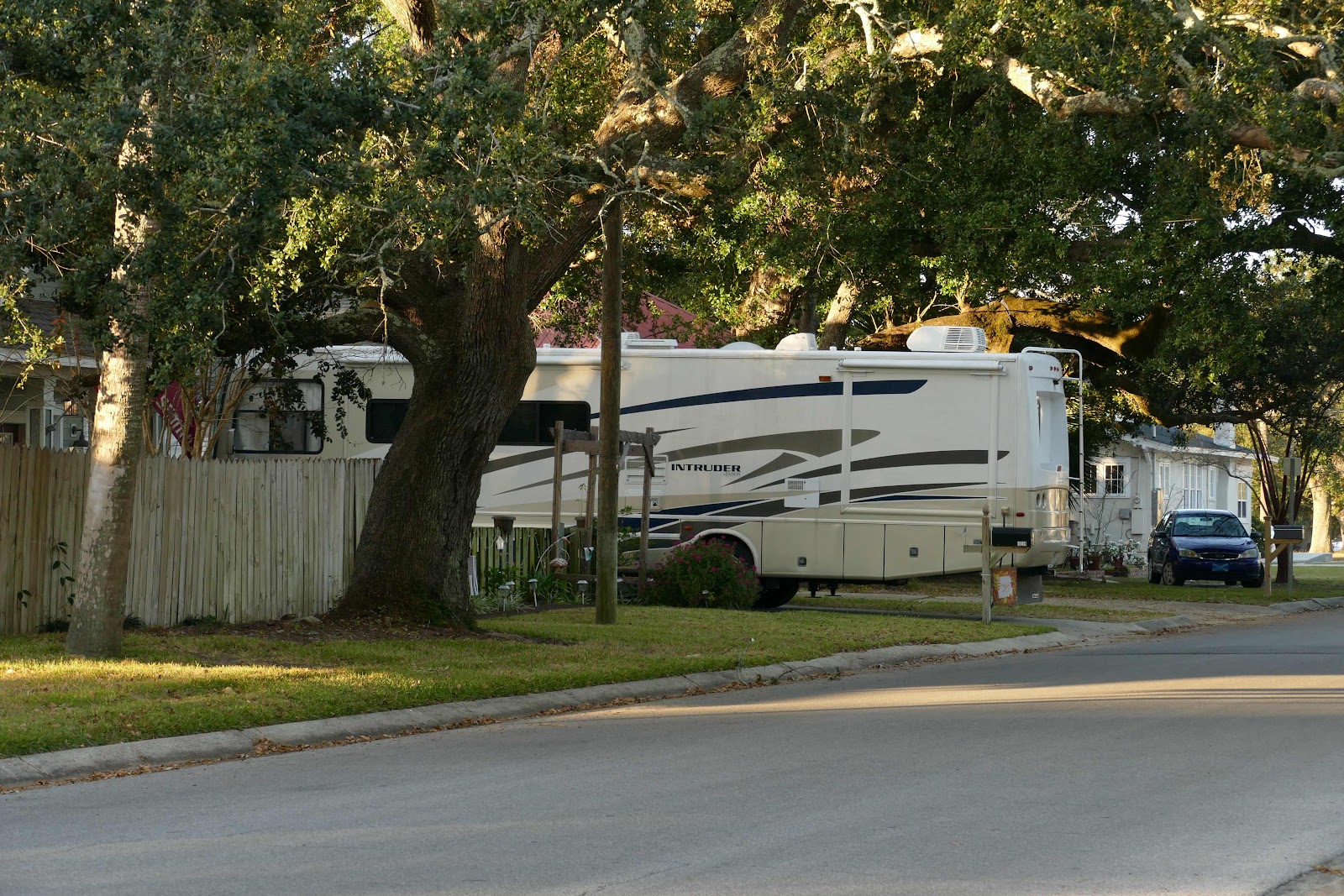 There was a brilliant twist to an already enjoyable religious holiday requirement with the possibility of making a bridge between the holiday in question and the weekend. If the holiday fell on a Thursday or a Tuesday, what was the point of going back to work for one day? We'll just make a bridge (a ponte) and stay away from work for four days. This all had to end with European rules imposing stricter work hours and uniformity, so it did end amid much national lamentation. 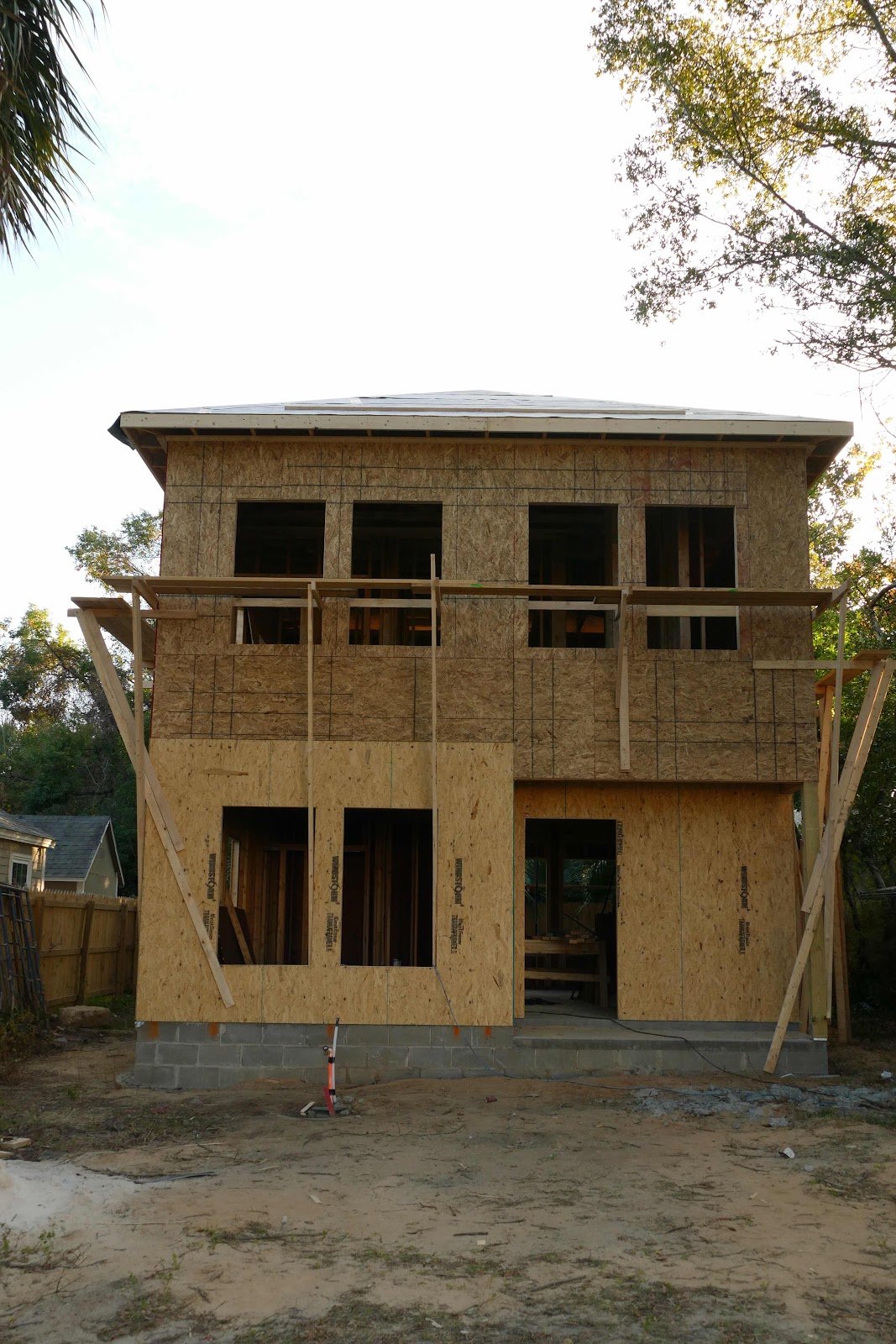 For me Thanksgiving has the additional pleasure of falling on a Thursday and thus creating one last holiday bridge without fail every year. It connects me to that mythical past of young adulthood in Italy made up mostly of standing around with my friends in uncomfortable holiday clothes leaning against our cars (and my non conformist motorcycle) discussing how we were going to spend the day off. We spent them mostly standing around discussing what we were going to do. My suggestions to go exploring were met with disdain so I took to my motorcycle by myself. I made my own tradition on empty holiday back roads. 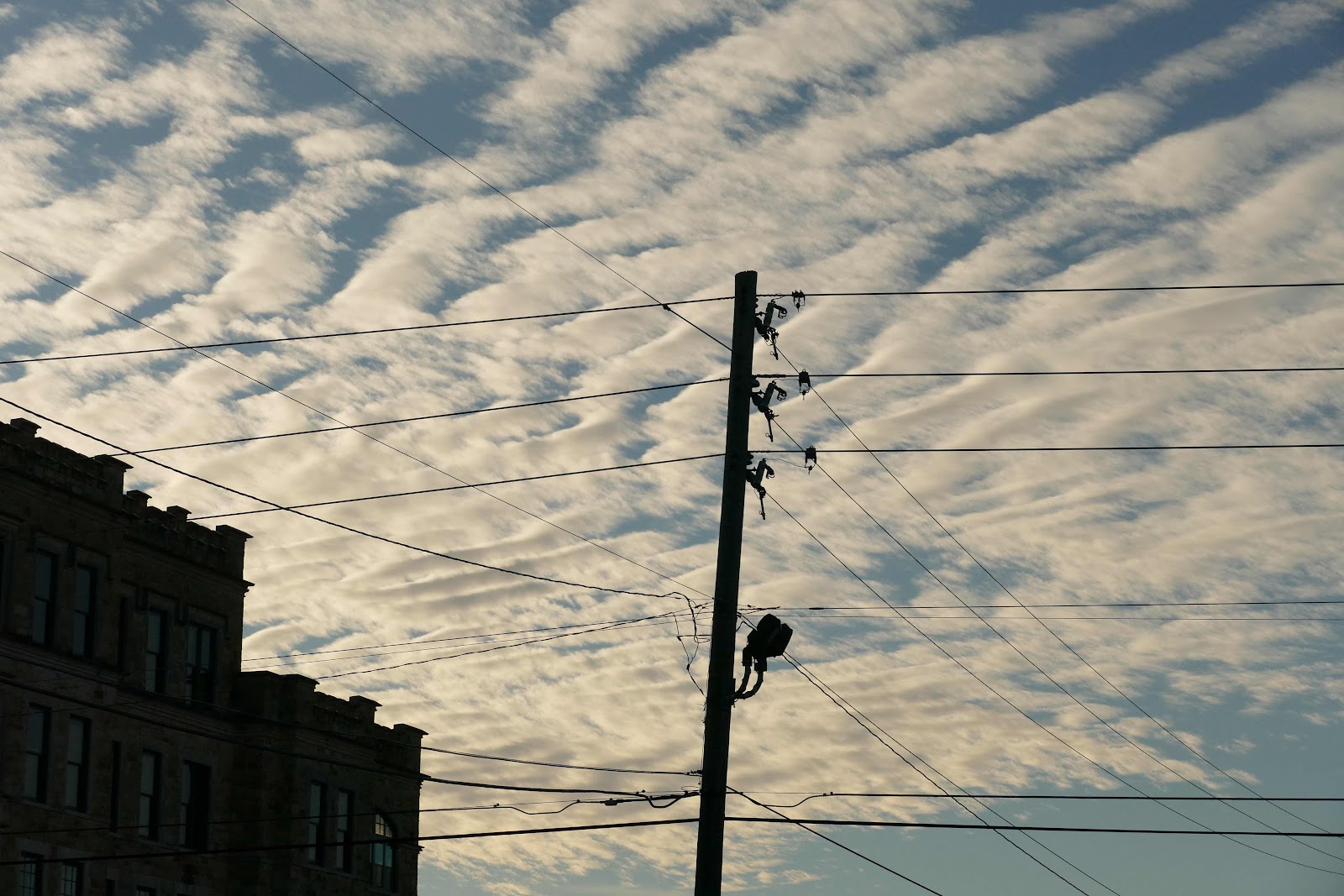 I suppose being retired makes a holiday seem a futile exercise but being retired is more than time away from work routines. It's time away from office drama, conflicting personalities and the useless rummaging around in your mind for strategies to survive another pay period. My private Thankfulness this year is that I got out before the new wave of anti-vaxxer trainees took hold at work.  Add being Covid free to the list of things to be thankful for. 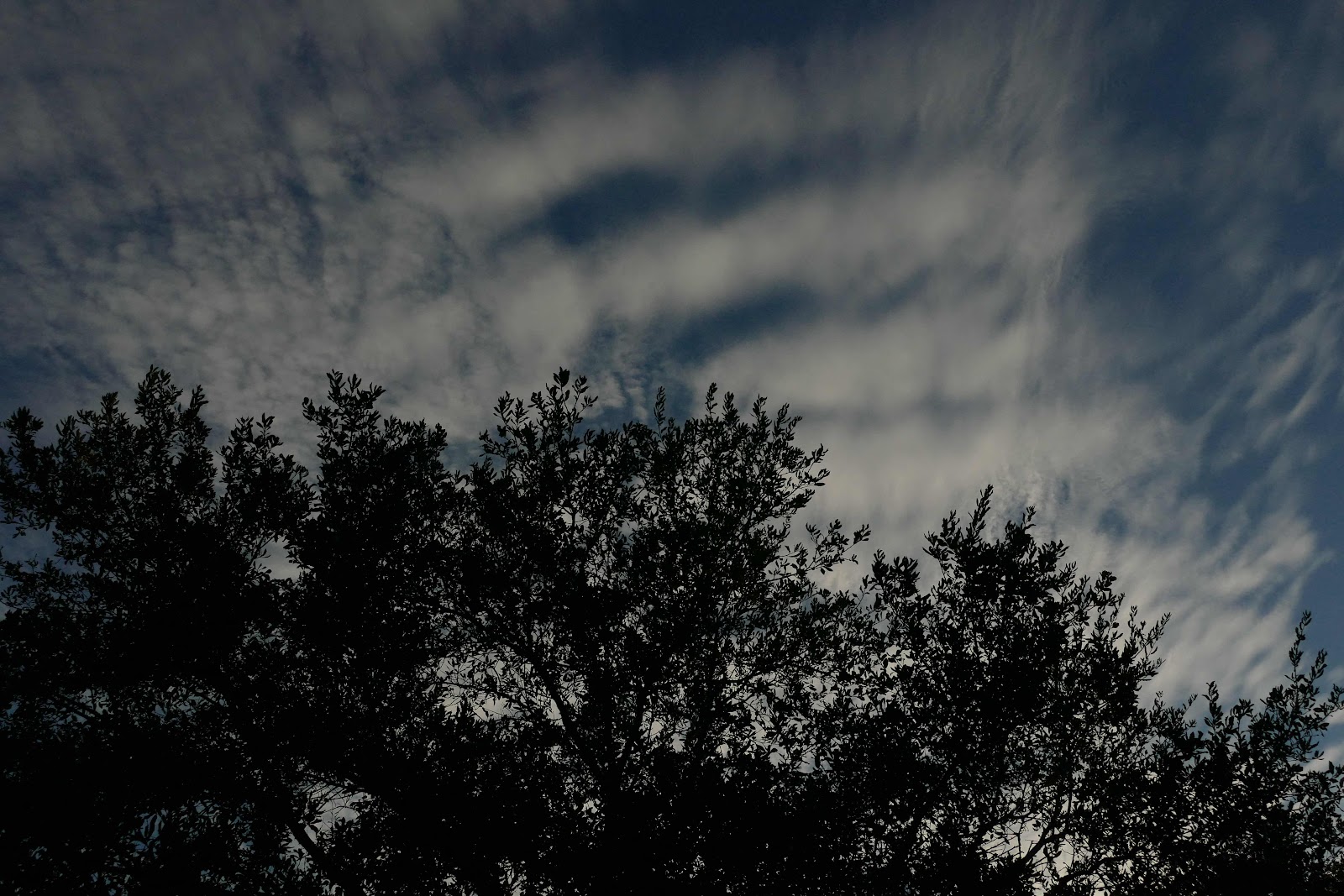 I had two brilliant Thanksgivings this year which might have seemed over the top had I been in a mood to judge myself.  As we slide into Christmas I will hold on to the simplicity of the Thanksgiving message. Next year I plan to be back and give Thanks for the end of the plague, give thanks to my wife still alive for being steadfast in the face of personal peril and be glad everyone is still here including us. 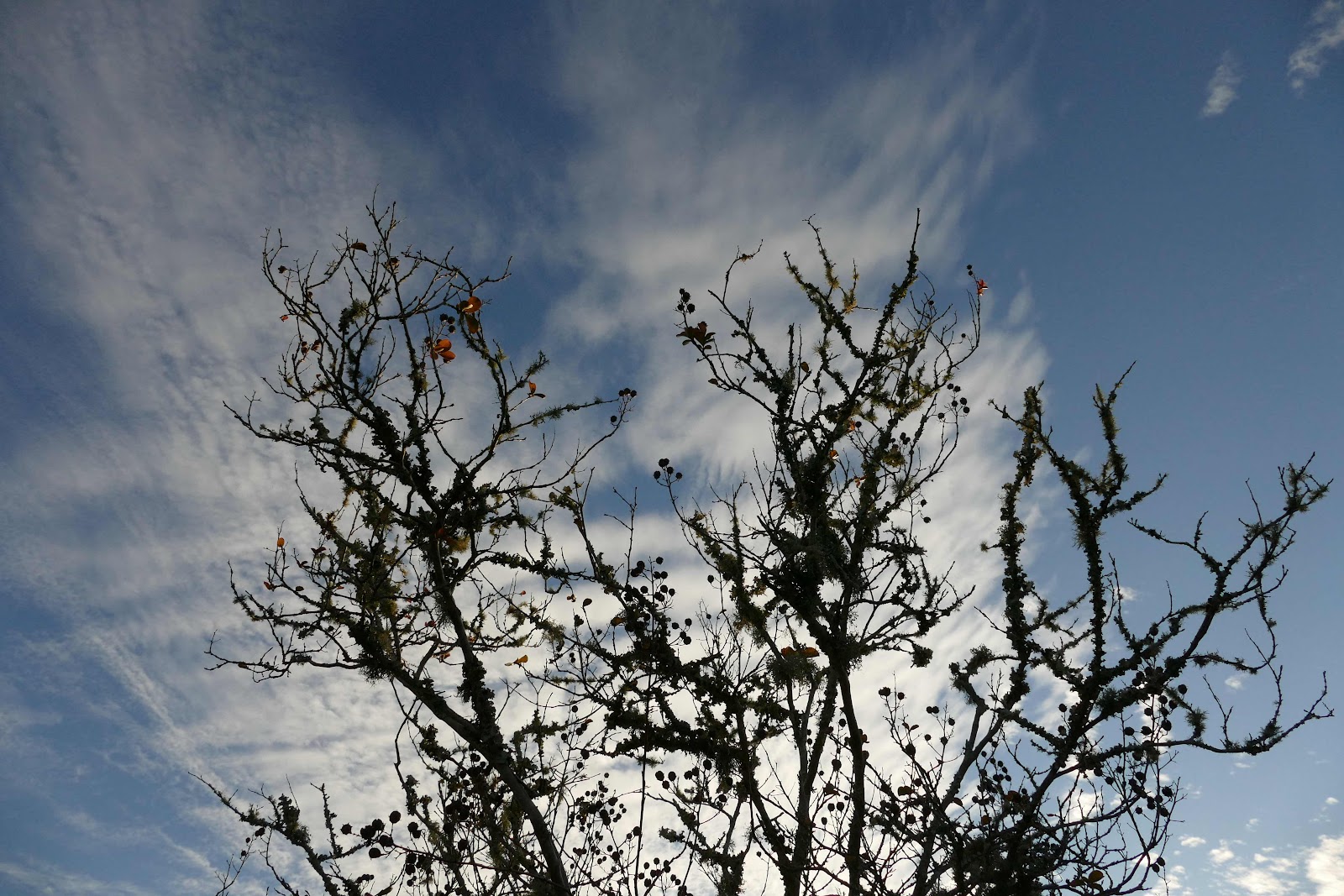 I will be thankful Thanksgiving is a North American holiday reserved for Canadians in October and us in November. For me it's not a historical massacre or a reason to get up in arms about history. I know what we do isn't historically accurate, blah blah blah, but I've never sat down at a table and given thanks with anyone who might remotely resemble a genocidal maniac. People I share Thanksgiving with are glad to be at table with people they like. That other cultures and peoples don't do this gives Thanksgiving, the parade, the football and the gastronomic exhaustion a personal flavor I very much enjoy. 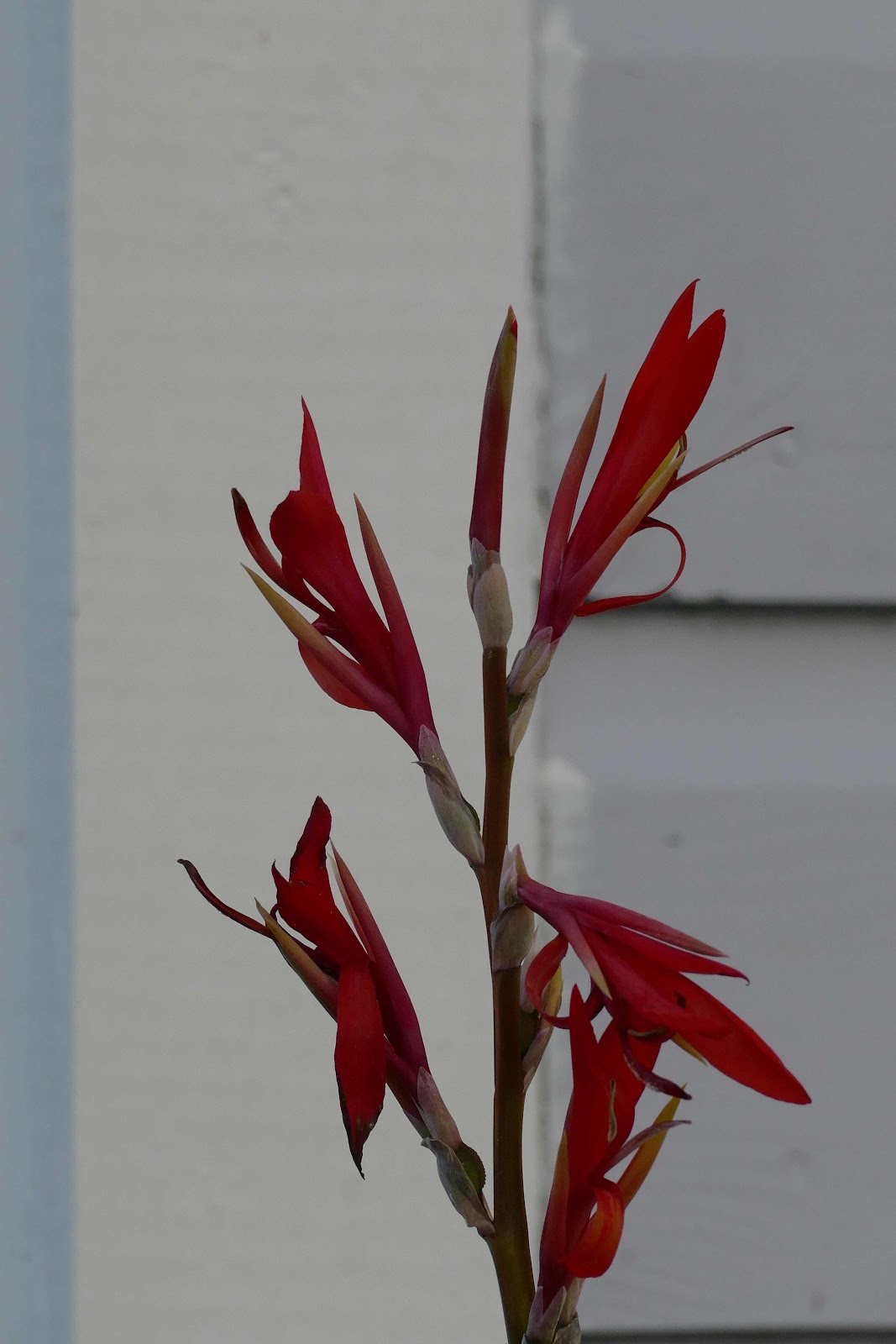 Now that we've done that, let's get on with our lives. They tell us the virus is coming back with a new variant but I'm figuring we will find a way forward, messy, costly, argumentative and at times silly. But compared to what the original settlers had to deal with  this should be a piece of cake.  Thanksgiving means trusting we shall find a way as we always have. I plan to stay curious and to poke around as far from home as I am allowed and able, and as close to the road as I like. To everyone facing work Monday morning, thank you, and I'll not take my freedom for granted. 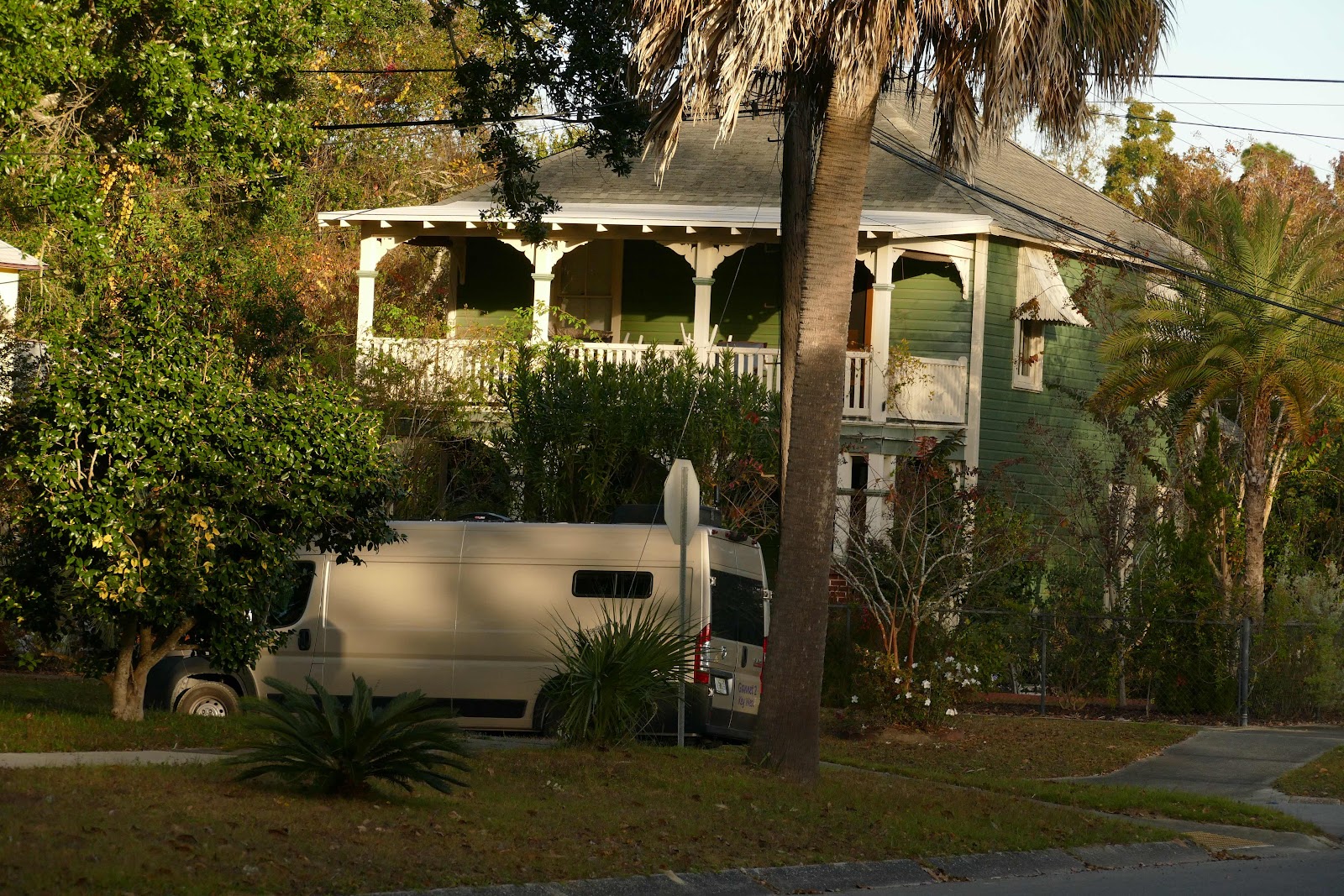 Posted by Conchscooter at 9:56 AM

I am thankful for many things and one of then is your blog with wonderful pictures and words. My place is Morehead city has water and power for passing travelers and if I'm there at the same time some stories could be shared. Hope you have more great travels. I'm enjoying the reports and pictures!