I dropped my wife off at the Tropic a place where she likes to go for a drink, hang out and talk to the manager Lori, meet friends and do all those things that are fun for her the nights I'm working and when the snowbirds have left town and the lines in the movie theater have shrunk. 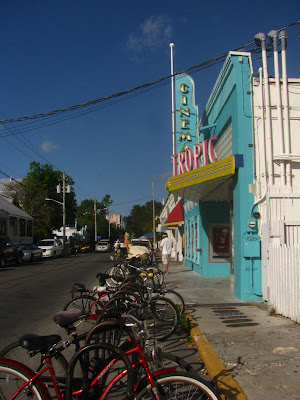 She and Rebecca went to see "Certified Copy" with Juliette Binoche and neither of them were impressed by the movie, though neither felt like speaking up and leaving the film early so they ended up sitting through it. I missed out on the tedium by having to go to work, so after I dropped Layne off I parked the Bonneville at Fleming Street and took a short walk. 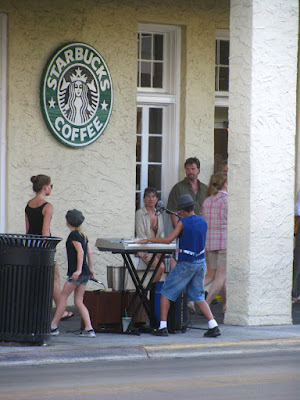 I was wondering how come Highway One was so packed with traffic this week, after winter tourist season was over...and then the penny dropped and I remembered it is Easter weekend, reason enough for the crowds to return. 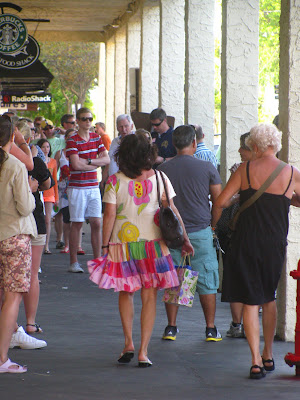 Key West is an amazingly resilient tourist economy, the only one in Florida that has shown consistently good numbers throughout this Depression. And looking at La Concha hotel, a structure that has been around since the Great Depression of the 20th century (that I believe will be eclipsed in economic devastation by the one we are in now) and looking at it all I could think was "How did they get a height variance for this seven storey structure?" 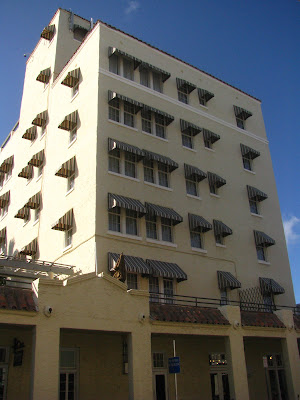 It's the tallest building in Key West, though it is getting close to being eclipsed by O'Bryant school and it's attendant controversy. Maybe things could be better but I am amazed one can still make a living apparently by selling sea shells inscribed with people's names... 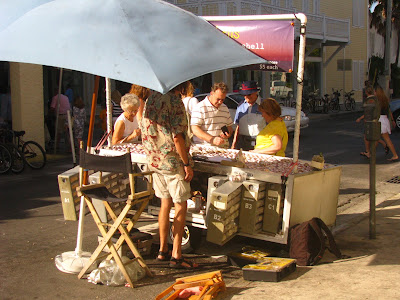 Key West has always been an anomaly and when the shadow stats website suggests unemployment nationally is at 22% this seems like an amazingly good job. Weird.

Posted by Conchscooter at 9:01 PM