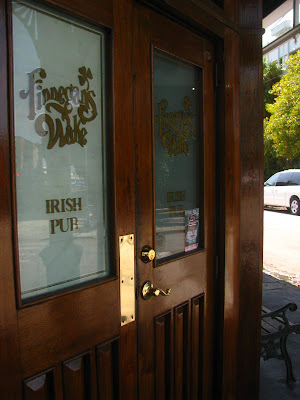 Private tows have ceased to occupy a lot of public debate about now but the situation isn't really resolved by any decree from the city commission. If you see a sign like this one below when you go to park your car expect a bill between two and three hundred dollars to get the car back. Or put your credit card in a meter machine and pay less than two dollars an hour to park at any metered spot anywhere in the city. It seems an obvious choice to me but people aren't too bright it turns out. Then, when they get towed they call the police threatening lawsuits and tears and outrage. 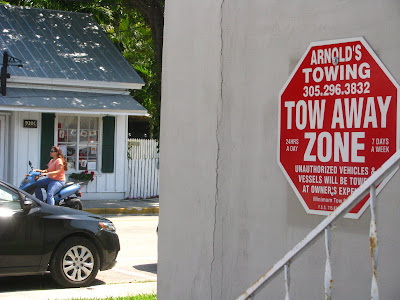 I was admiring this narrow offset, so picturesque and so typical of cheek-by-jowl Key West living, thenI walked past the front of the house. 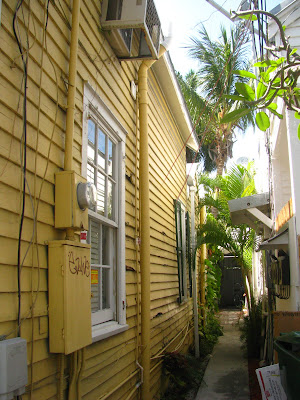 It looks abandoned and may very well be another of thoise bank repos that are doing so much good to neighborhoods across America. First they offered absurdly cheap credit to buy absrudly expensive homes, then they took away everybody's jobs and homes when the banks needed to vacuum up all the money to clear those ridiculous bets the banks made. And now we are told the economy is improving. Really? 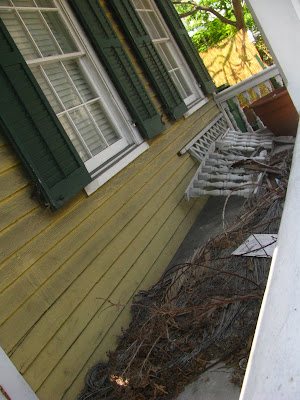 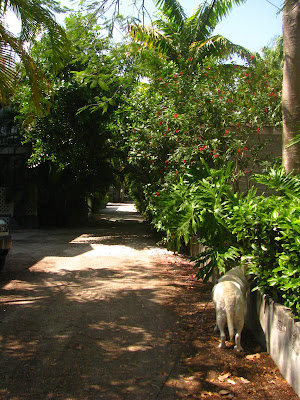 She wasn't around, enjoying life with me, but I did explore this lane a while back in this essay: http://conchscooter.blogspot.com/2009/06/caraballo-lane.html
Cheyenne was on the end of a chain popping puppies for some abusive military family in Key West who got reassigned according to the SPCA and dumped her for being "too old." I hope they suffered myriad private tows while in Key West.
Posted by Conchscooter at 11:01 AM

I've got an idea for your next Iron Butt. Since you seem to have a taste for Smitty's, you can ride up to our Mexican joint in Wisconsin and have a pint.

Don't ask me why we have the obscure Irish brew in a Mexican place, but it sure tastes good.

I wonder how far Wisconsin is fro m here?
Dear Jack. I think you could pull off the same format with your wordy blog. However if it works you would be.... shit....run out...of charac..

Hope to be back there soon but it will have to be on a plane for efficiency of time.