Moon Pie At The Beach

There are those who say you have to travel north from Miami to see the South. I say that just because there are lots of us immigrants in South Florida doesn't mean it isn't The South. To prove it I eat the occasional moon pie. 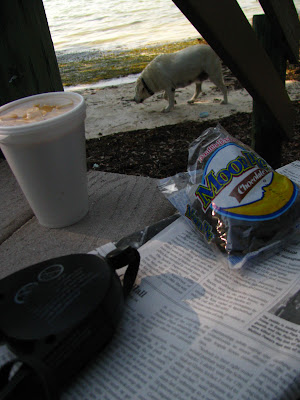 There are variations on the Moon Pie all over the place but it was invented in Chattanooga in 1919 after a salesman watched miners dip graham crackers in the new marshmallow cream imported from Up North as a new and weird delicacy for people to taste. Nowadays it is an industrial product with flavor to match. I had my double decker chocolate with coffee as befits breakfast but one i supposed to drink RC Cola with the thing. And O prefer the banana flavor single decker but this isn't the real south so choices were limited in Islamorada... 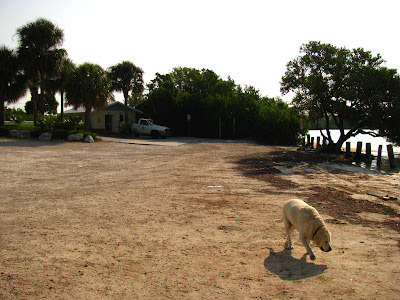 We paused at Anne's Beach to read the paper and sniff the seaweed and read the health warning signs about fecal matter not in the water around here. 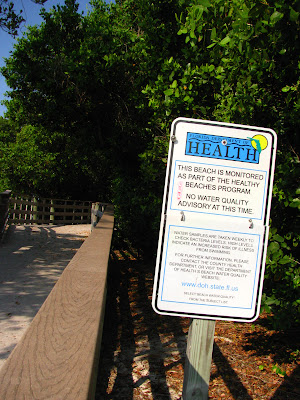 They have picnic tables along the boardwalk but I figured Cheyenne needed beach access so I sat on the steps and read the paper and ate dry crumbly moon pie and thought about the meaning of life, which was fruitless exercise, it always is, and watched the ocean instead. 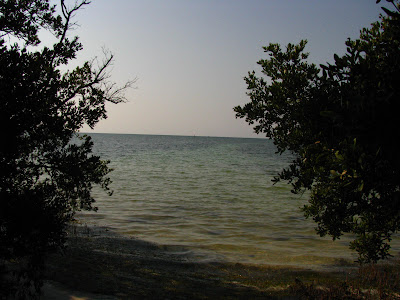 A thousand calories later I was no closer to a conclusion so we made haste to make tracks. 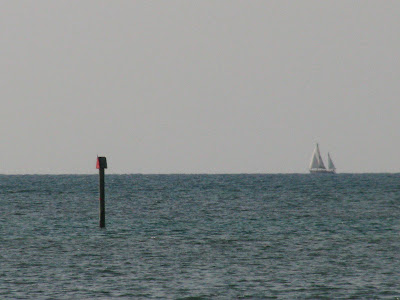 We live in a world made industrial for profit and it's hard to imagine living in a world where things could ever be made by hand once again. "There isn't time!" is the universal cry, which is undoubtedly true. And how sad that is. 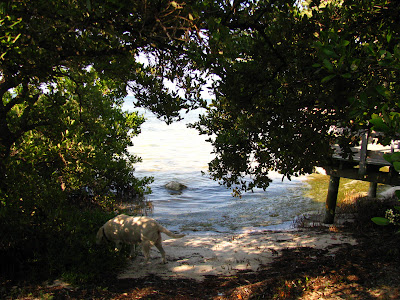 Check out my last photo essay from this useful pause along the Overseas Highway:

http://conchscooter.blogspot.com/2009/09/annes-beach.html and ask yourself: would i rather have a home made Moon Pie or the no surprise conformity of an industrially produced marshmallow cake? As it's always been factory made I guess the truth is a home made Moon Pie would be a contradiction as fundamental as any.
Posted by Conchscooter at 12:01 AM

When I was a kid in the Upper Peninsula of Michigan, we had a general store called...

Tt had an immense candy aisle to my kid-sized recollection filled with stuff simply not seen in plastic bags at the Bog Box Store. While we didn't have Moon Pies, we had Bun - same idea, different point of origin.

My personal favorite were Hot Zotz - an insanely intense cinnamon hard candy with a soft and even more intense inner section.

I've looked for 35 years for Hot Zotz to no avail.

FWIW - we made Moon Pies by the fire with graham crackers, toasted marshmallows, and Hershey's bars.

We called 'em S'mores. We'd eat 'em till we puked.

Thanks for the memory jogger.

Now, your inner West Virginian is showing through, Michael.

My youngest had her first Moon Pie® at the age of three. No RC Cola to chase it down, however.

Chuck--
I remember Bun. Not really in the same league as Moon Pies. But then again, I grew up in West-by-God-Virginia. To each his or her own.

Greg in WV, where the sun is finally out and the grass isn't 18 inches tall any more.