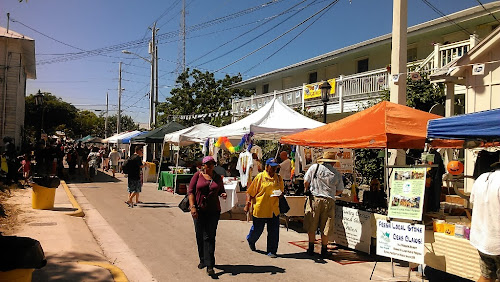 The Bahama Village street fair wrapped up at midnight after two days and evenings of filling Petronia Street from Fort to Duval. It's the traditional start to a week of Fantasy Fest festivities that culminate Saturday night with the parade through downtown. Friday night the top fundraisers for this year's event were crowned, Stephen Sunday was crowned King and Diane May was crowned Queen of Fantasy Fest 2013 and they will join the Grand Marshal swimmer Diana Nyad at the head of the parade Saturday. 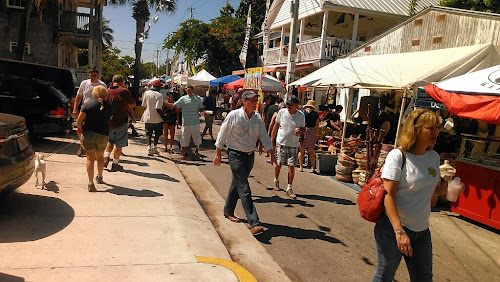 Goodby is billed as an Afro-Caribbean type street fair and the food has a couple of nods toward the islands. Key West's other motto is "where the weird go pro" and someone has added a dot com and are making money off the ever more tenuous notion of weirdness in Key West. 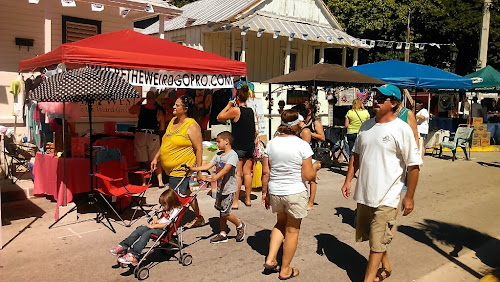 Most of Goo bay is food related, four blocks of vendors, some local most not offering various ethnicities of fried or barbecued stewed or curried edibles. 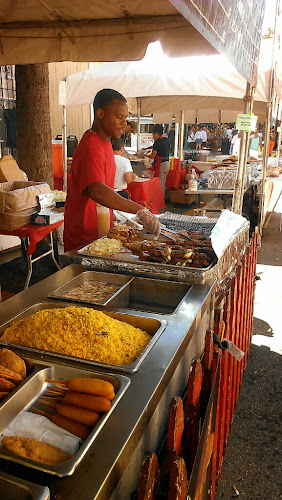 I took an abbreviated hour during my last full daytime shift and went down to Petronia Street to grab what little I could of the festival in the hottest part of the day, in my police uniform polo short which always makes me self conscious. I'm not a cop but sometimes I get tested like one and it feels awkward to me. 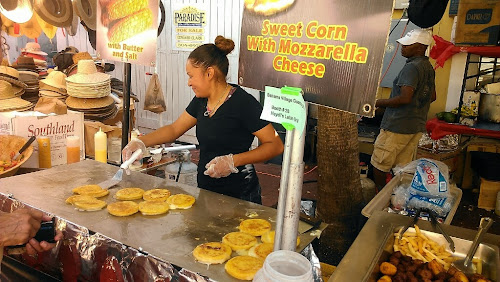 I like arepas Colombian food in origin which are nothing more than thick corn tortillas grilled in oil(!) and between two of them you stick a slice of cheese and let the whole mess get hot enough to melt the cheese. This lot had white people's cheese, inoffensive mozzarella which is okay but the best arepas have proper queso fresco which is a mild white Latin cheese with a salty flavor. Well anyway, never mind the culinary tips, it was very pleasant to sit in the shade on a found rock and watch the world go by while struggling with a plastic fork and a hot sticky corn mess. 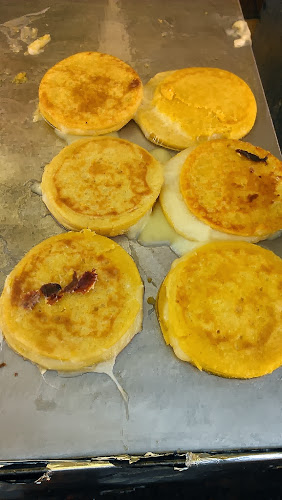 They grill meat at Goombay and sell Greek food, 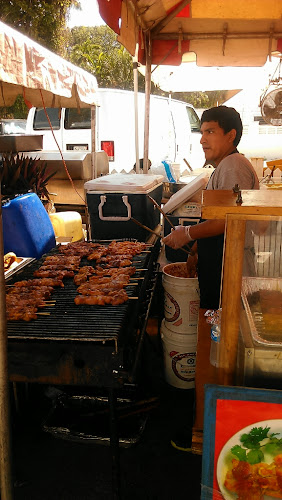 ...but I look for Caribbean dishes offered by Blue Heaven. It was a drag going in the middle of the day as things were barely getting going. Curried goat on pigeon pea rice wasn't going to be ready for a couple of hours so I got curried chicken in a pita which hit the spot. 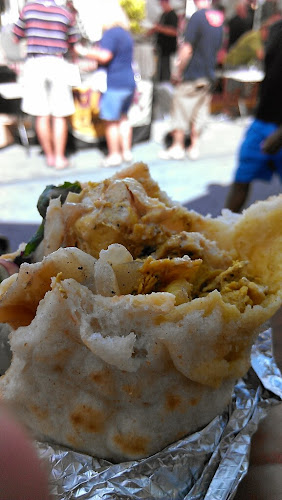 I passed on the funnel cakes and went for the Columbian sweet corn instead. 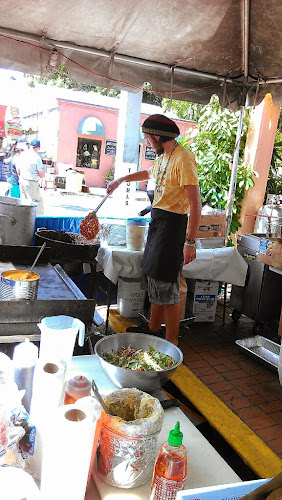 Goombay makes for a pleasant stroll though I'd advise doing it later in the day around dusk but before the drinking gets heavy. 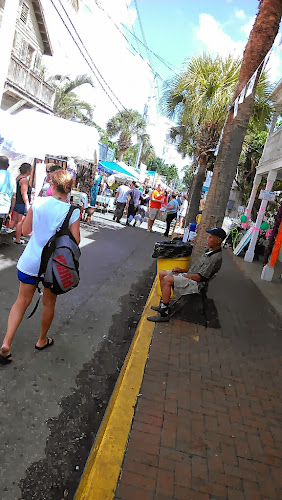 And do it with a friend or two. 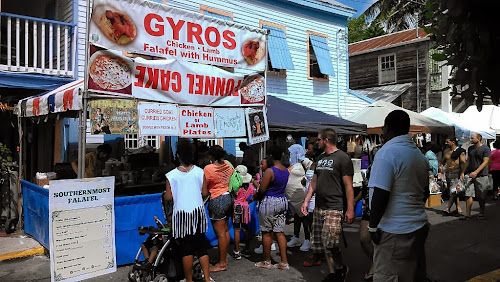 City workers busy emptying trash. I looked inside e recycling bins and you don't want to know what I saw. The usual pile of indiscriminate trash. Sigh. I separated my trash from my corporate can of caramel fizzy water (and all important caffeine) and kept strolling. 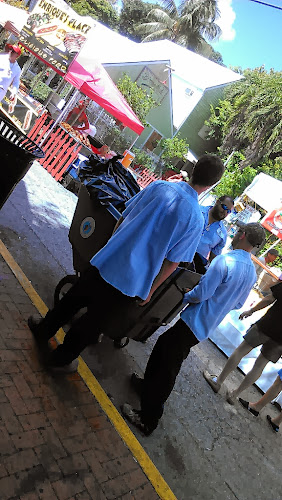 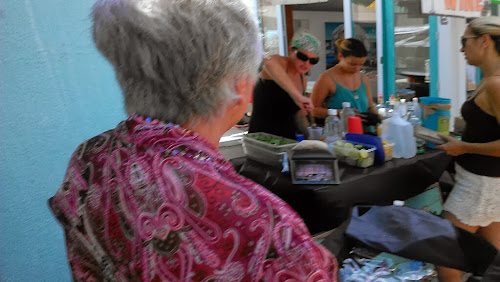 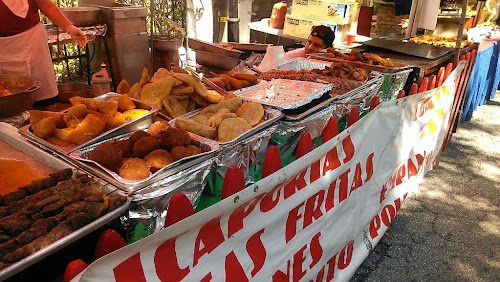 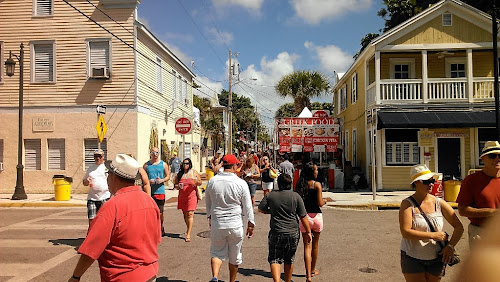 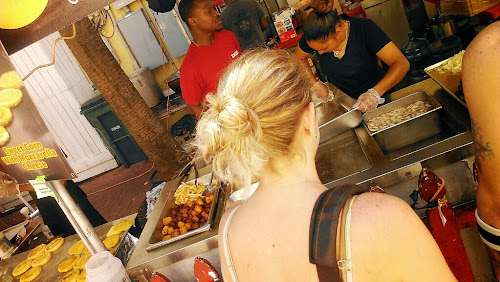 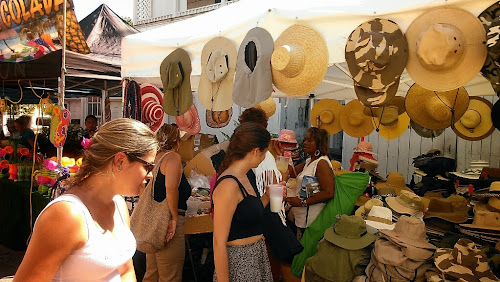 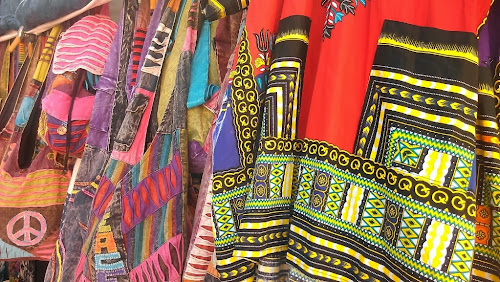 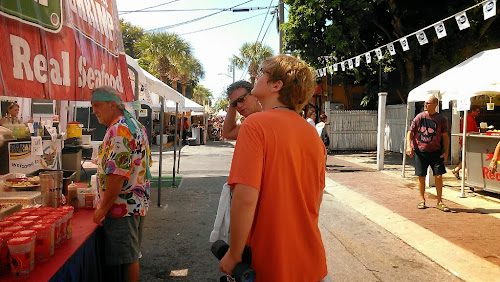 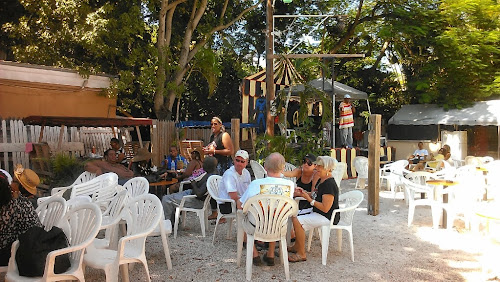 It was hot and sticky yesterday even though the temperature was only 85. I could have worn a light weight shirt and shorts had I not been working so my heavy polo long pants and shoes and socks felt,like wet body armor. Detail officers in full uniform with impact vests and twenty pounds of belt on their hips looked like they had just got out of the ocean fully dressed in dark blue nylon uniforms. 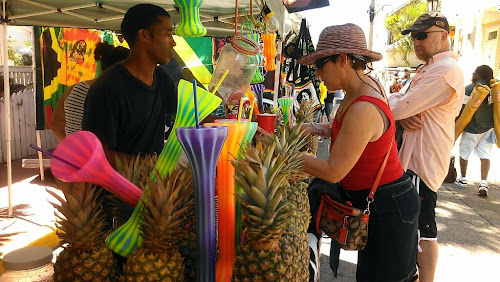 I couldn't have a beer but by way of compensation I rode back to an air conditioned office and turned the portable fan on myself until I had cooled off. Fortunately I like the heat but not when at work trying to be cool and comfortable and efficient on the job. When the air conditioning breaks at the police station tere's nothing worse than sitting for twelve hours sweating while trying to focus on other people's needs. 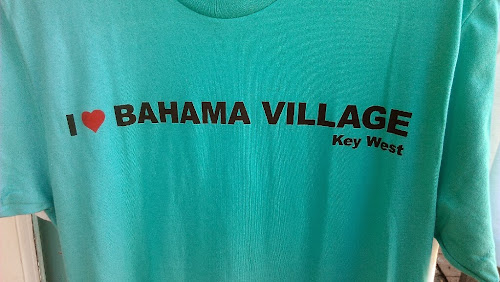 Goombay is not that complicated really and a map seems a bit like overkill. Petronia Street is closed for a few blocks straight up and down, and that'a it. 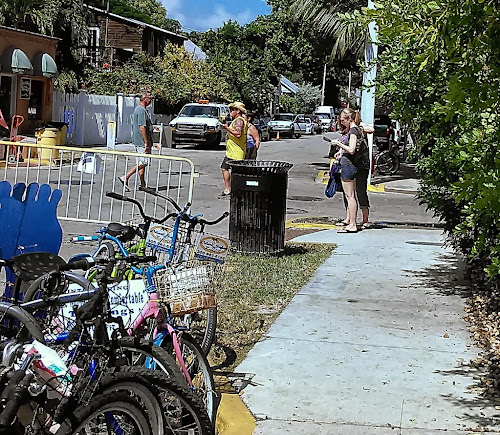 And if you use the Baptist Lane short cut you can get back to your scooter pretty easily avoiding the crowds and the noise and the heat. 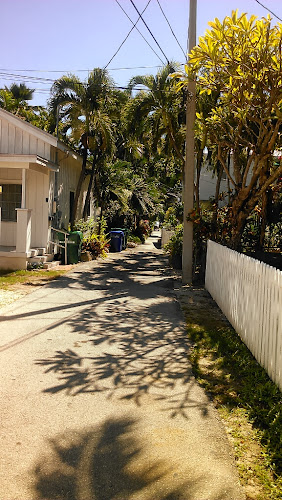 Well actually the heat is with us for a few days as we anticipate the arrival of a weak cold front later which should make temperatures for the end of Fantasy Fest about perfect even for pale skinned zombies from Up North.

Posted with Blogsy
Posted by Conchscooter at 12:01 PM