Cheyenne In The Cold

It has been a tough ten days for me, being at home with no dog, going to,work and coming home to an empty house. Poor me. This was what was missing: 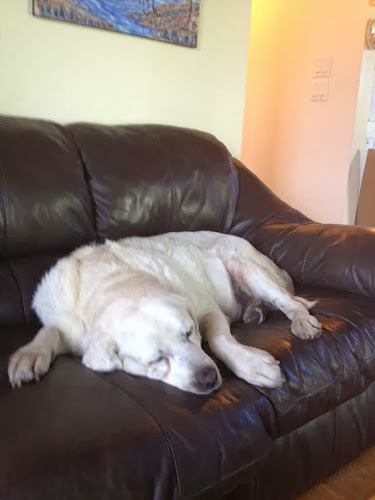 I am told Cheyenne had a pretty good time Up North in the Florida panhandle where temperatures dropped to near forty degrees, historic lows for Key West but merely brisk in that part of Florida which gets winter frosts. 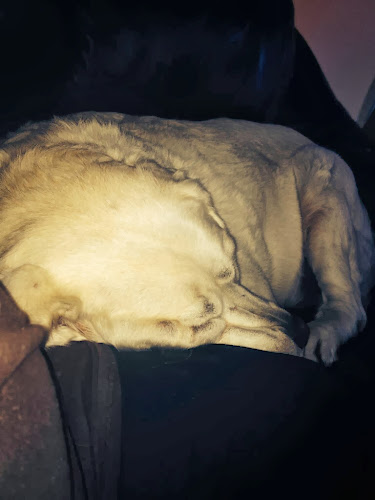 My wife knew Thèrese when they lived in Birmingham decades ago and my wife being the social butterfly she is has kept in touch ever since and when Thèrese retired from her globe trotting life and settled in Pensacola the two old friends decided Thanksgiving was a good time to spend together as my wife, not retired got the week off from teaching. And she took my dog to the frigid north where Cheyenne, who usually seeks the cold spot on the floor, got into sleeping in warm spots. 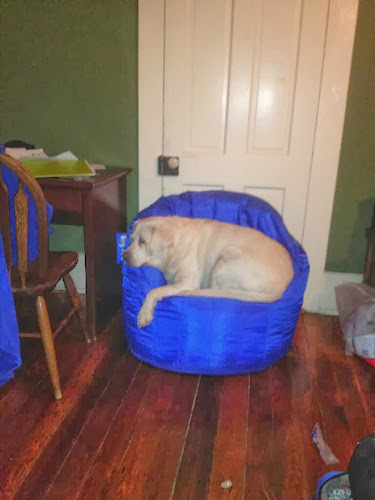 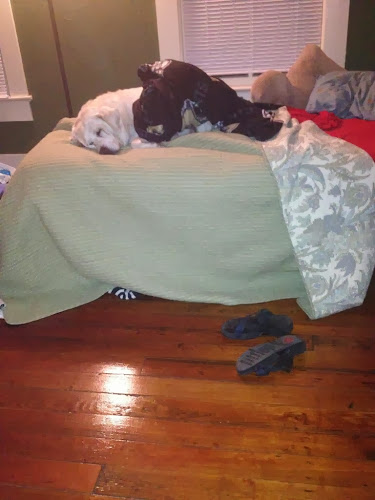 Apparently she even burrowed under a blanket at one point so one has to assume the harshness of the climate got through her thick Labrador fur. From the pictures I was sent you'd think my Labrador did nothing but sleep however I am assured that is not the case... 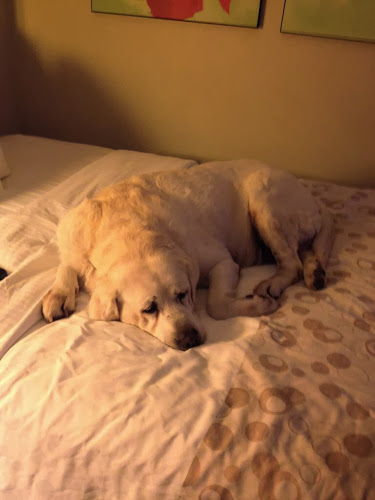 On Monday they took an overnight trip to New Orleans where my wife tells me Cheyenne wore herself out sniffing and walking. Tuesday morning, without me my wife breakfasted at the Café du Monde, where from previous experience she knew Cheyenne had to stay outside the fence. 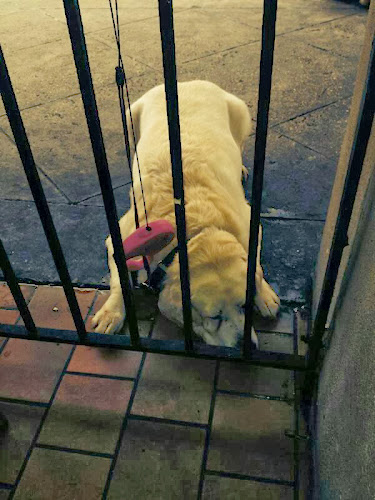 At a guess I would say she preferred the idea of the beignet rather than the cafe au lait but considering how much beignet my wife woofed I wonder if poor Cheyenne even got a taste. 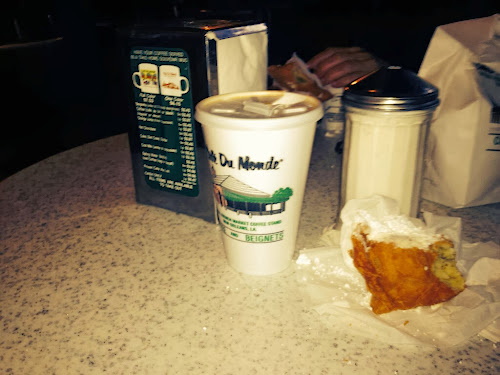 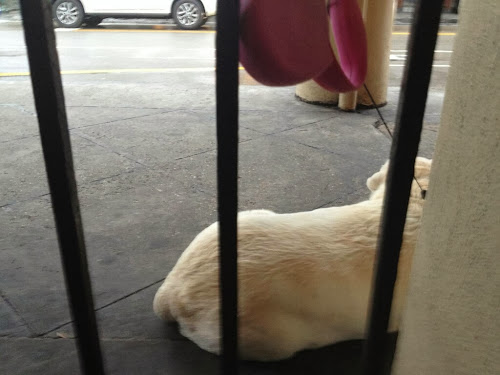 New Orleans has often been described as picturesque but you wouldn't know if you walked Cheyenne there as she always seems to drag you to the industrial zones or the backs of restaurants where all the best smells are. 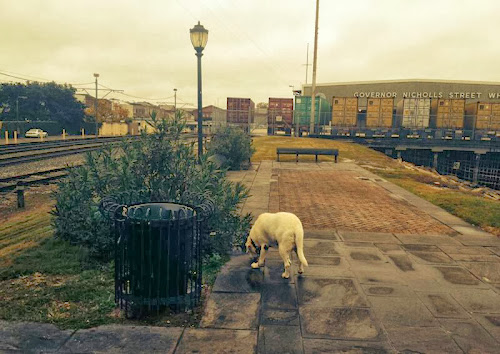 Eventually my wife got her to where she needed to go in the middle of a wild rain and wind storm which was freezing cold she said so this is the best picture I got of a night of debauchery (avert your eyes Cheyenne). 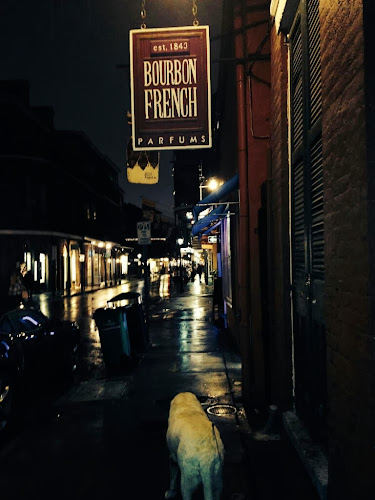 Whatever they did in the French Quarter wore her out because she wouldn't budge from the doorway of the elevator back at the hotel, thus holding them all in the lobby. Good dog. 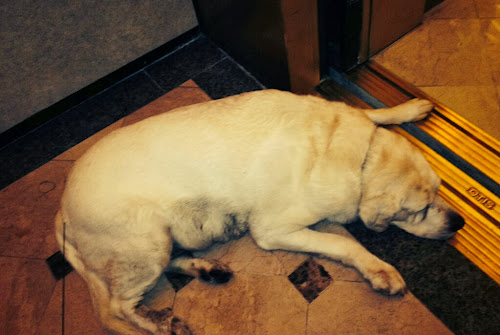 That was a well worn out dog. 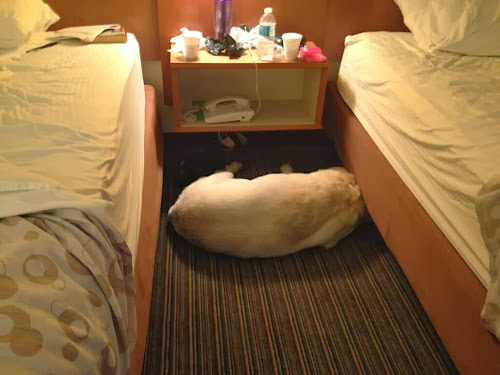 Home at last and that is a good thing.

We live in Pensacola, and its freezing here!!!! your dog is adorable.