Digging Up The Shoreline

I had two reactions when I returned at last to the Old Bahia Honda bridge at West Summerland Key. One reaction was puzzlement and the other dread. 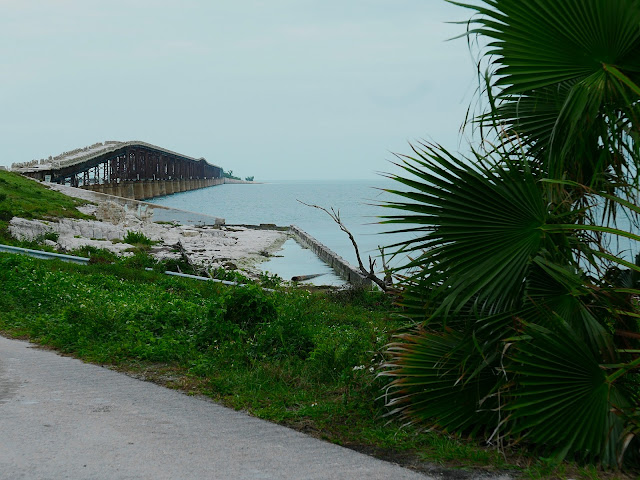 There has been a concerted effort to rebuild the sandbag wall holding back the soil under the new (1982) road bridge. The sloping part under the bridge was torn apart by Hurricane Irma in September 2017 and now it is restored and very well done too. I suppose work will be done to restore the small park at the water's edge where anglers gather to hunt fish. 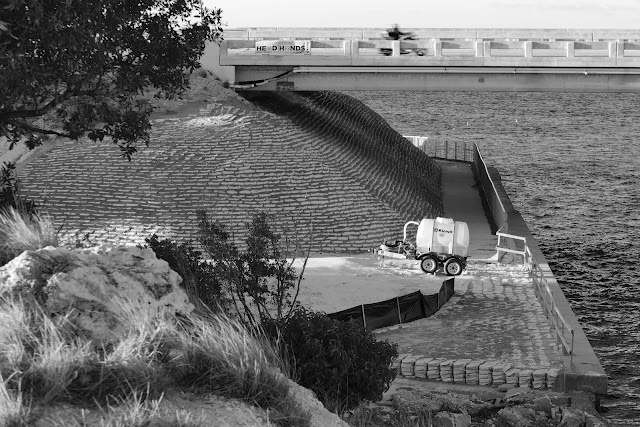 I was however very puzzled by the new efforts that have been started to repair the shoreline leading up to the bridge area. Where on earth I asked myself did the state of Florida get the money for these public works? 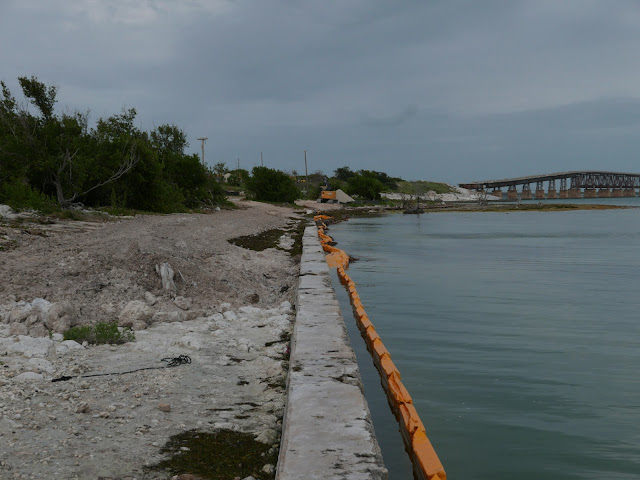 Florida has no personal income tax which means property taxes and fees for services are important sources of income, even in such a  populous state with so many demands on its money.Yet here we are tearing up the shoreline and the only reason I can figure is to shore up Highway One behind the remaining trees. 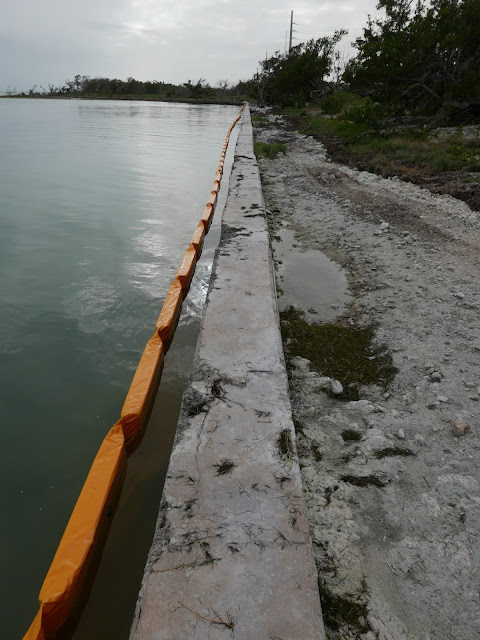 There is machinery everywhere where we used to walk and had I arrived unwittingly in the middle of the work we'd have had nowhere to stroll. Luckily there was no one there and we had the work site to ourselves so we strolled touching nothing and disturbing nothing. 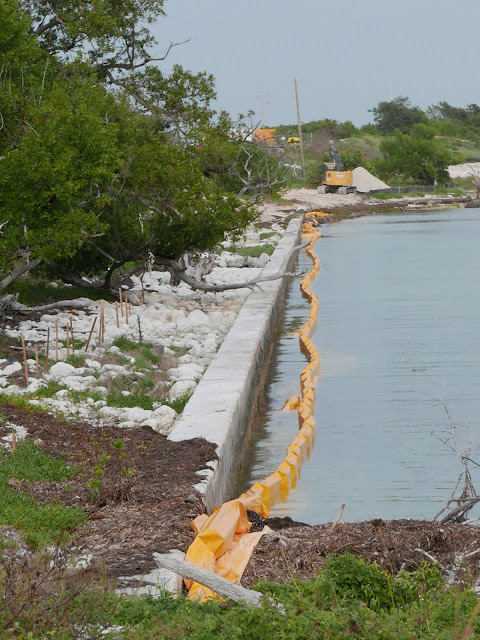 There are little wooden survey pegs in the ground so I suppose clearing the land and reinforcing the support for the road up above will stretch all the way along the seawall. 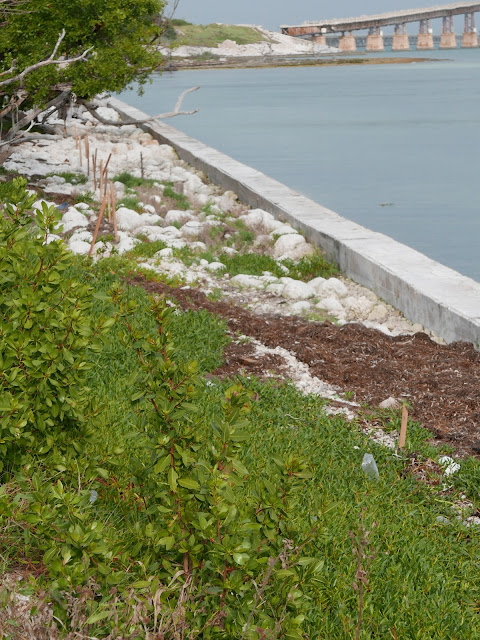 Rusty wasn't to know our walks are going to be elsewhere for a while until all this digging gets done. He took advantage of being there. Another reason to like dogs as they remind you to enjoy the moment. Which is not say dogs don't fear the future or worry as I'm convinced after decades of sharing their lives they do lots of that. But when things are good they know to live the moment. 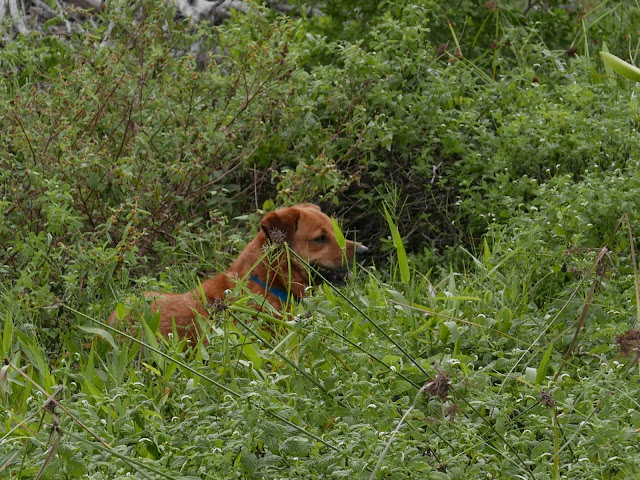 Out to sea a boat was slicing along under full sail heading towards Marathon, not stopping at Bahia Honda State Park. The moment at sea looked good too with enough wind to make smooth progress. 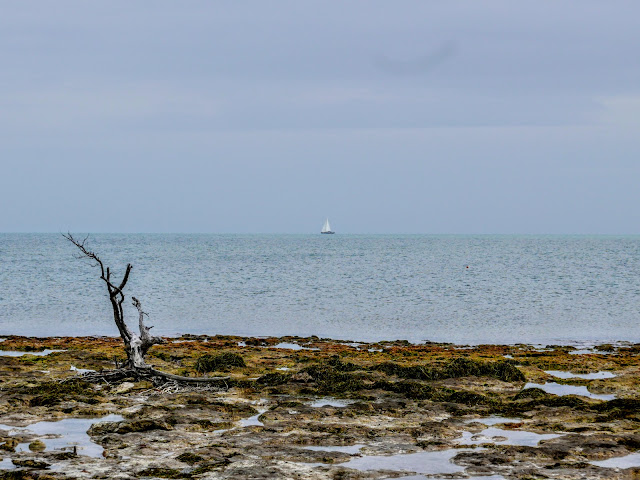 I see all this work and I get a feeling of dread which I hope won't be justified after all this work is done. I dread improvements as they encourage more people and less time for Rusty and I to be alone. 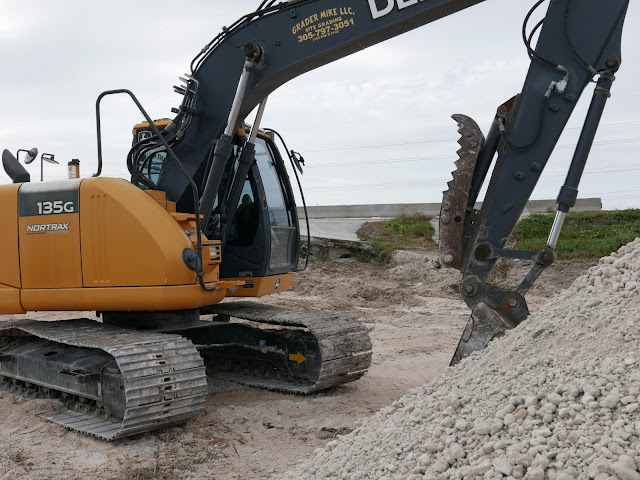 I have always liked walking here even before the hurricane when there were trees and thus  the place attracted van campers and people in tents sleeping illegally. Since the devastation in some ways though aesthetically challenged, with fewer people stopping off for less time it has been good for us two. We both need time away from the hurly burly of crowded Keys life. 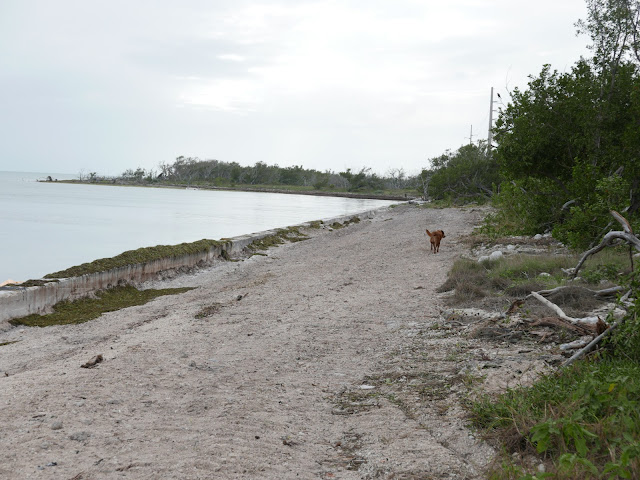 Fiberglass boat bits have drifted ashore from somewhere and there they are all beached up. I wonder where that came from? Blown up by the recent storm I suppose. 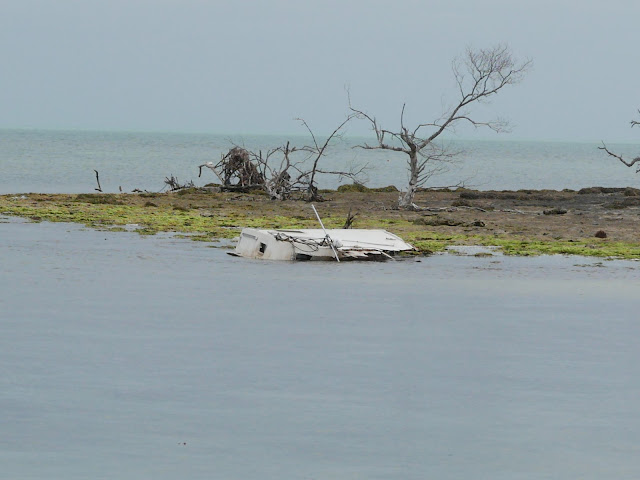 I wandered back up onto the sidewalk which has been cleared ready for shoring up and rebuilding, all swept clean and cleared of any growth. 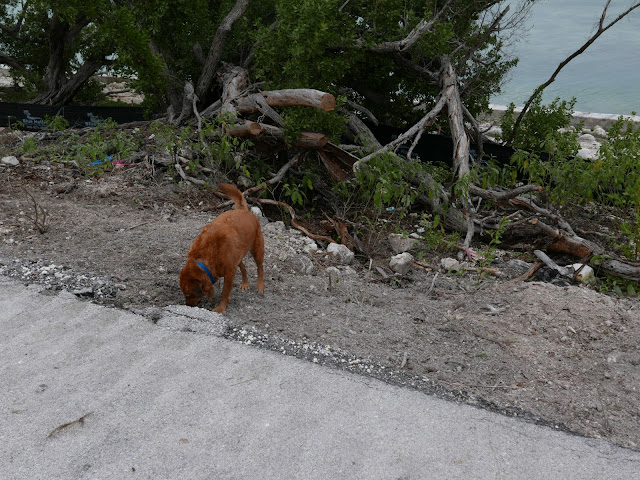 Rusty was enjoying his open space. I hope they leave the big cement wall along the roadway after they are done securing the foundations of the sidewalk and road. 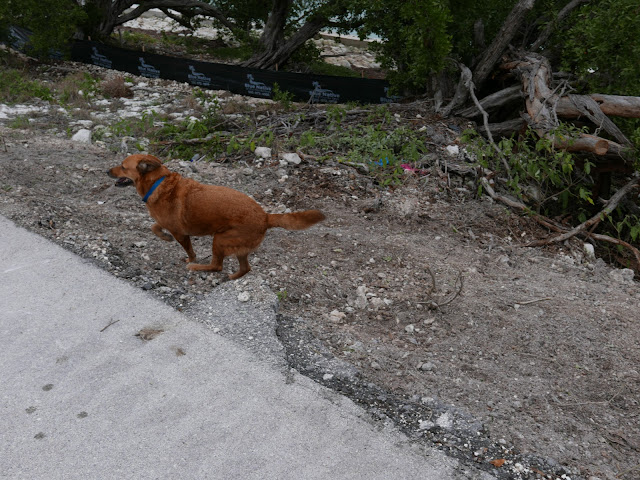 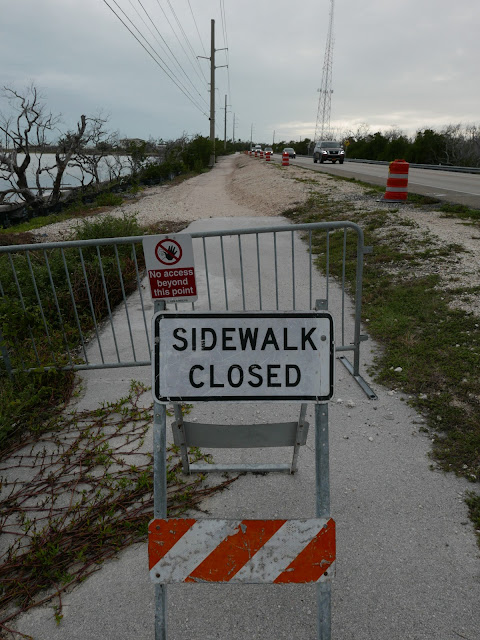 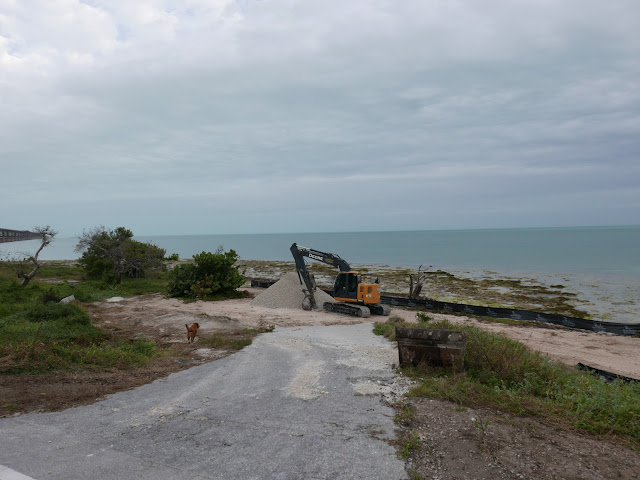 I fear that after it's completed it will look new and enticing and properly park-like and people will stop in greater numbers than ever and my selfishness will struggle with my inner sense of decorum and I shall be disappointed to find myself surrounded by people and asphalt and all that stuff. I shall have to be polite and evasive and seek hours when they are elsewhere. It could be a drag. 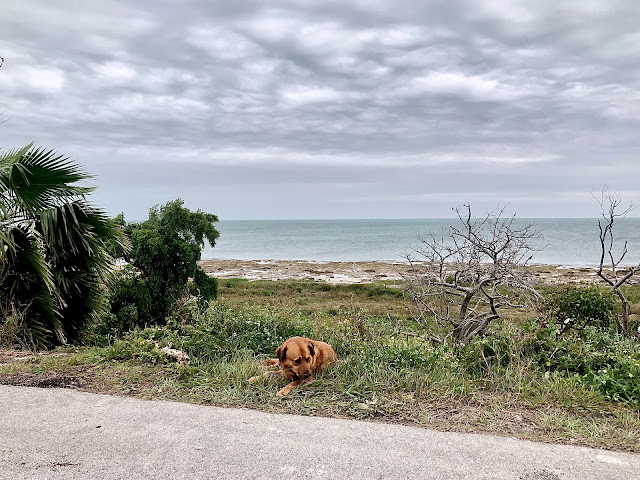 I have no doubt it will in the end be a good thing, and the people seeking a  clean modern suburban park environment will be properly grateful. I shall see one more sign of gentrification, one more sign of wilderness getting edged out. I hope I am wrong.
Posted by Conchscooter at 12:00 AM

I’m with you when it comes to people encroaching on ‘my’ privacy. I get all the human interaction that I need in the customer service line at Macy’s.

When I got my green card the authorities estimated a population around 240 million. now its 320 million and even allowing for under reporting of the undocumented etc the proportion remains the same and it is not working in our favor when we seek solitude. I mean those are the numbers. Does South Dakota look good to you as permanent home? Me neither as Im feeble when it comes to the cold...

When I first fell in love with Florida, the population was around 5 million people. Now it’s around 20 million. To answer your question, no, South Dakota does not sound appealing. I have a lot of acquaintances who are retiring to senior mobile home communities. Talk about no privacy. No thanks.

All that work your whole life to make something of yourself, and then you are gonna settle in a trailer on a 15 foot wide lot? I agree, no thanks!