"There is a line between good and evil, no wider than a razor’s edge. I hold the line. I am the line."
Anon 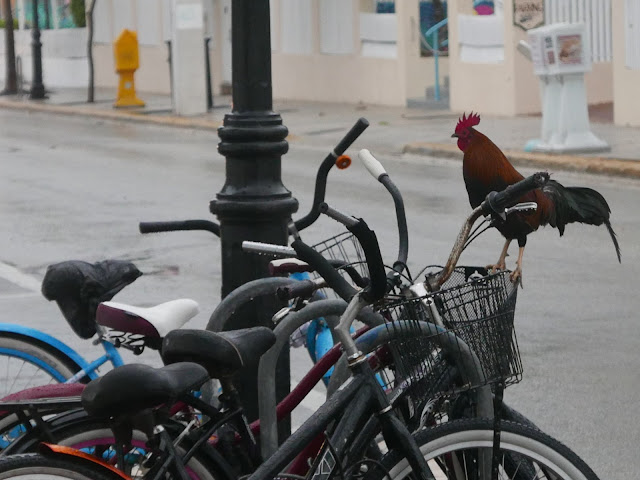 When strangers find out what I do for a living they have a tendency to think I know more about stuff going on than I do. Most people have no idea how police dispatch works and it's as well they don't as when you call us your life isn't going as well as it might, safe to say. The fact is I know very little about the police work that follows on from a dispatch. You call we send they go and then I move on to the next call. And of course I work only a quarter of the time so things happen when I'm blissfully unaware of the calls that are being dealt with by the emergency services. Plus I live 20 miles outside the city, so when I am at home I am well away. 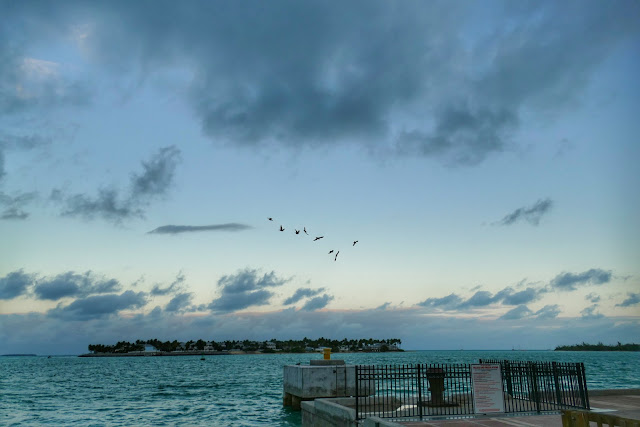 So when I read in the newspaper that a former Key West resident was killed apparently by her own son I was, to put it mildly surprised. The death occurred in North Florida but the suspect was apparently arrested by Monroe County deputies when he came back to the Keys. People ask and I keep saying that crime is less than you might imagine in Key West. I mostly deal with acts of stupidity brought on by drunkenness and infidelity and road rage, run of the mill moments of loss of control in ordinary peoples' lives. It is rare to come face to face with a hardened criminal and even the most appalling crimes are usually a mistake or a momentary loss of judgement. We have no cartels or gangs or hardened predators causing mayhem in the Lower Keys. Boat thieves, scooter thieves and crimes of opportunity abound like anywhere but murder is not common. 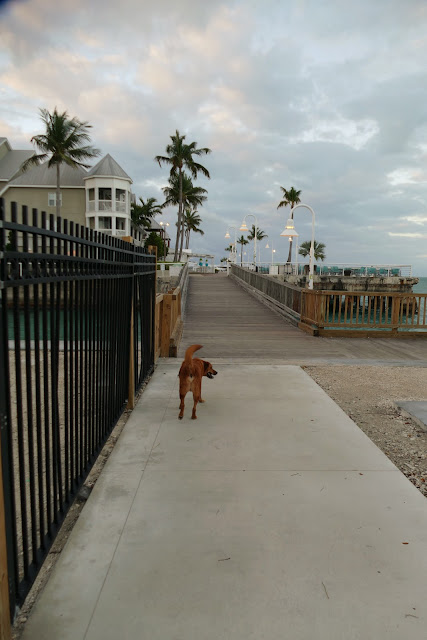 Indeed I would venture a guess that if you plan a murder don't do it in Key West where the clean up rate for serious crimes is very very high. I doubt there have been a dozen murders in the 16 years I have been dispatching and I don't know of any unsolved killings. You can't park your car facing the wrong way without neighbors calling it in. But I have to say when I read the story in the Citizen I was taken aback. If the young man did kill his mother as alleged the range of suffering that act will provoke is beyond my comprehension. 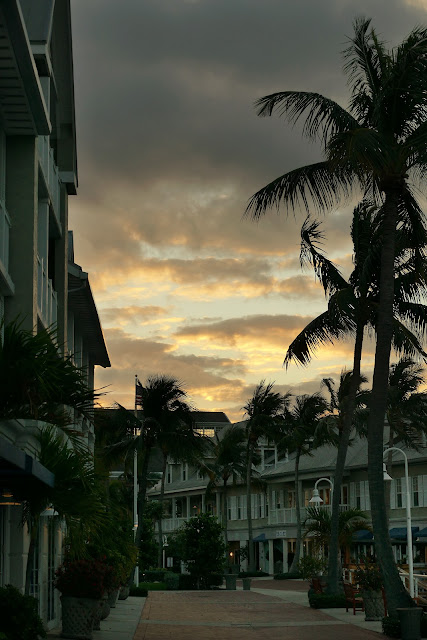 A moment like this puts the other issues in this town into perspective for me.  Parking? Noise? Partying neighbors? I appreciate not working in a town where shootings are routine. I think about the way this community reacts to hurricanes and how locals really do pull together; where police work after a disaster isn't crowd control or preventing crime  but mostly coordinating efforts to help each other. 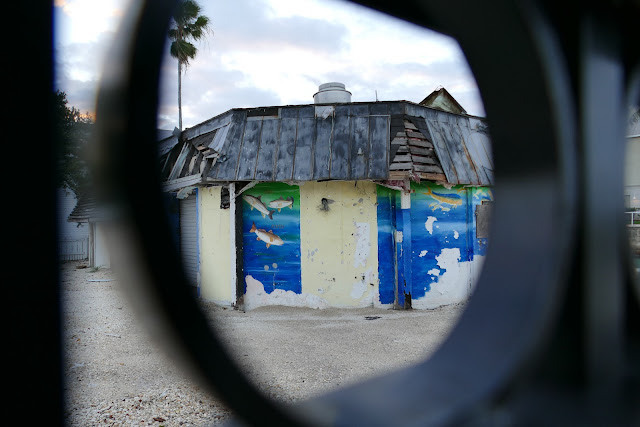 But then things go wrong and its time to count one's blessings and around here that usually means being glad it doesn't snow. I was on the phone one day recently when a caregiver was calling for an ambulance to take an extremely elderly patient to the hospital as he seemed to be slipping away. I dispatched the ambulance and took the caller off hold to see if there was anything I could do and the caller told me he had passed away there and then and to cancel the ambulance. Which I did as the patient was in a medical setting and I sat there for a moment just pondering that end of life. Apparently there was a do not resuscitate order and there were family members present and all was in order and from afar I witnessed a good death. I was overcome with sadness for some reason, the loss of someone valued who must have lived through and witnessed so much life, almost a full century of  history. 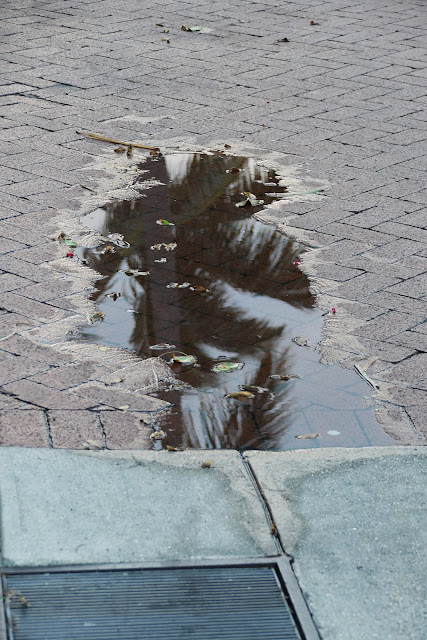 I was out walking Rusty around Mallory Square and the cleaning crew saw me checking out the doors to the restroom. Very kindly they came over and opened the doors for me while I tied Rusty off to a nearby tree. I do it to reassure passersby not because Rusty would bugger off just because I was taken short. I thanked the cleaner profusely as he pulled out his mops and brooms when I was leaving and he smiled because it was such a small thing. Small for him but enormously kind for me. 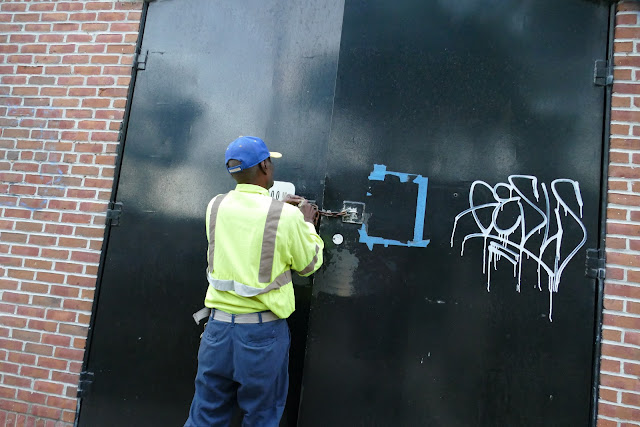 I see more crappy behavior during the course of my days than kindness but there are days when you get a reminder that it's better to be kind than it is to be bitter. It doesn't make it easier to be kind but  those numb nuts that provoke a sharp reaction are probably just having a  bad  day themselves. 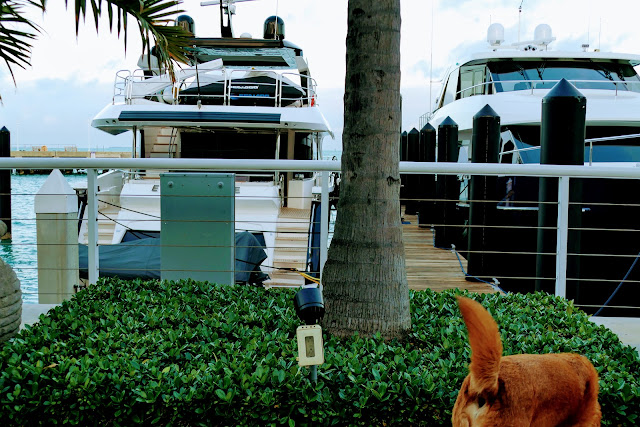 I wish I could have my mother back and I dare say the young suspect might very well have the same feelings now. I'm not sure I could manage the stress of living to be a hundred but if that fate befalls me in some inexplicable way I hope I shall be able to pass along something useful enough to make such longevity worthwhile. Till then we have to keep putting one foot in front of the other and try not to slip off the razor's edge of daily living.
Posted by Conchscooter at 12:00 AM

Razors edge indeed. How hard life has become. Many people are wound so tight that one thing, even minor is enough to push them off that edge.As a retired Firefighter I have seen my share. Thank You for what you do. You seem to be a compassionate individual and are in the job that allows you to make a big difference.

I love the goodness of this blog. Can’t put into words how meaningful these posts are. It’s a thinking persons blog. I, like you, went to a boarding school. Not sure if yours was a religious institution, but the education certainly comes through in your writing. Very much appreciated. Thanks for taking the time to share your days with rusty with the rest of us.

Thank you, Michael, for writing such a poignant post today. I enjoy them all, but this one was extra special.