I do not think of myself as a wildlife photographer for a very good reason: I'm not one. I have to admit my modest camera has pushed me to look at and think about more things that I might otherwise have done, so I have learned to appreciate the lives of birds. Like this turkey vulture at Old Bahia Honda getting ready for lift off. 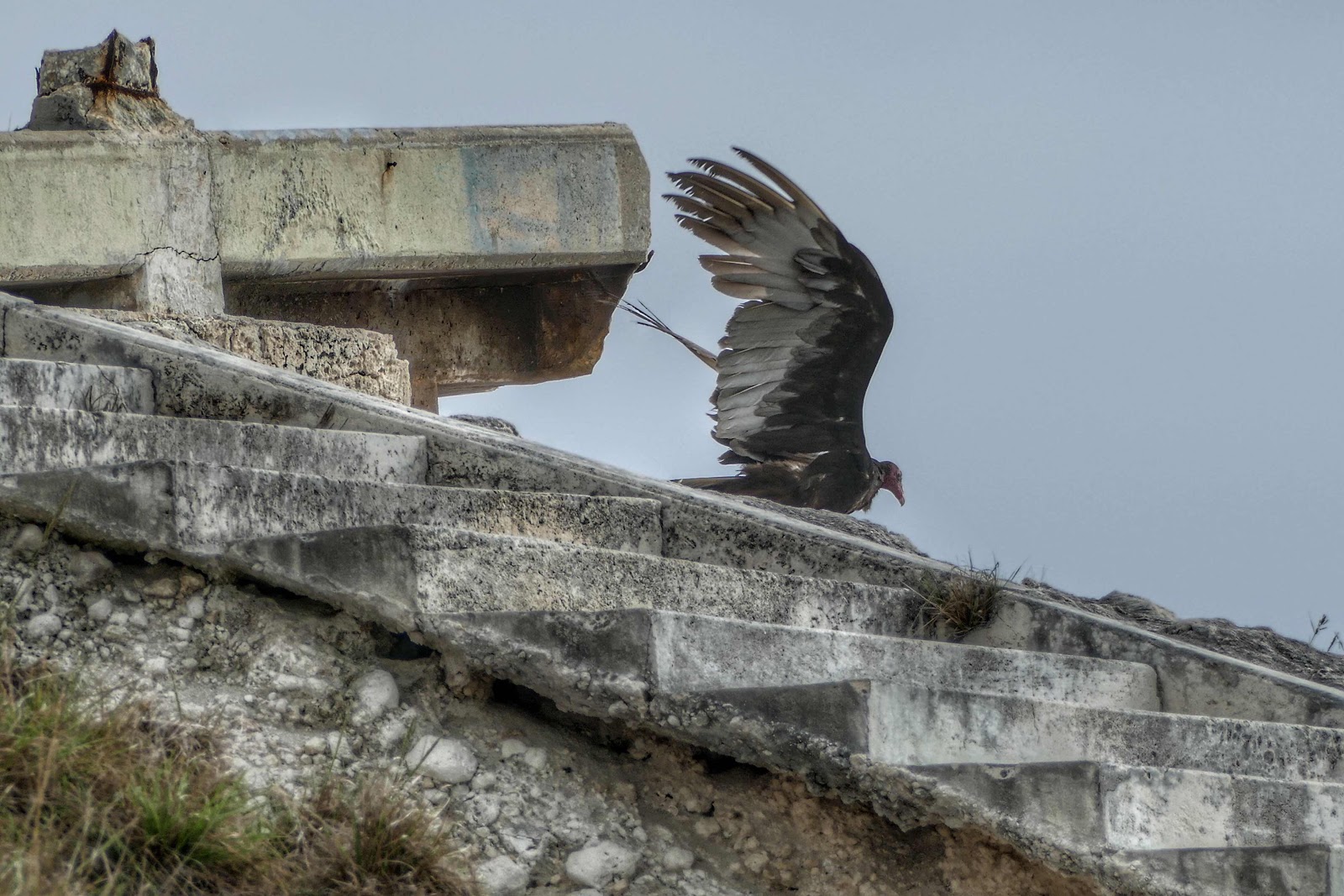 I have learned the birds have eagle eyes, oddly enough, and watch for the man lumbering along the trails with the short lens camera. I try not to disturb them but its not often I catch them unawares. 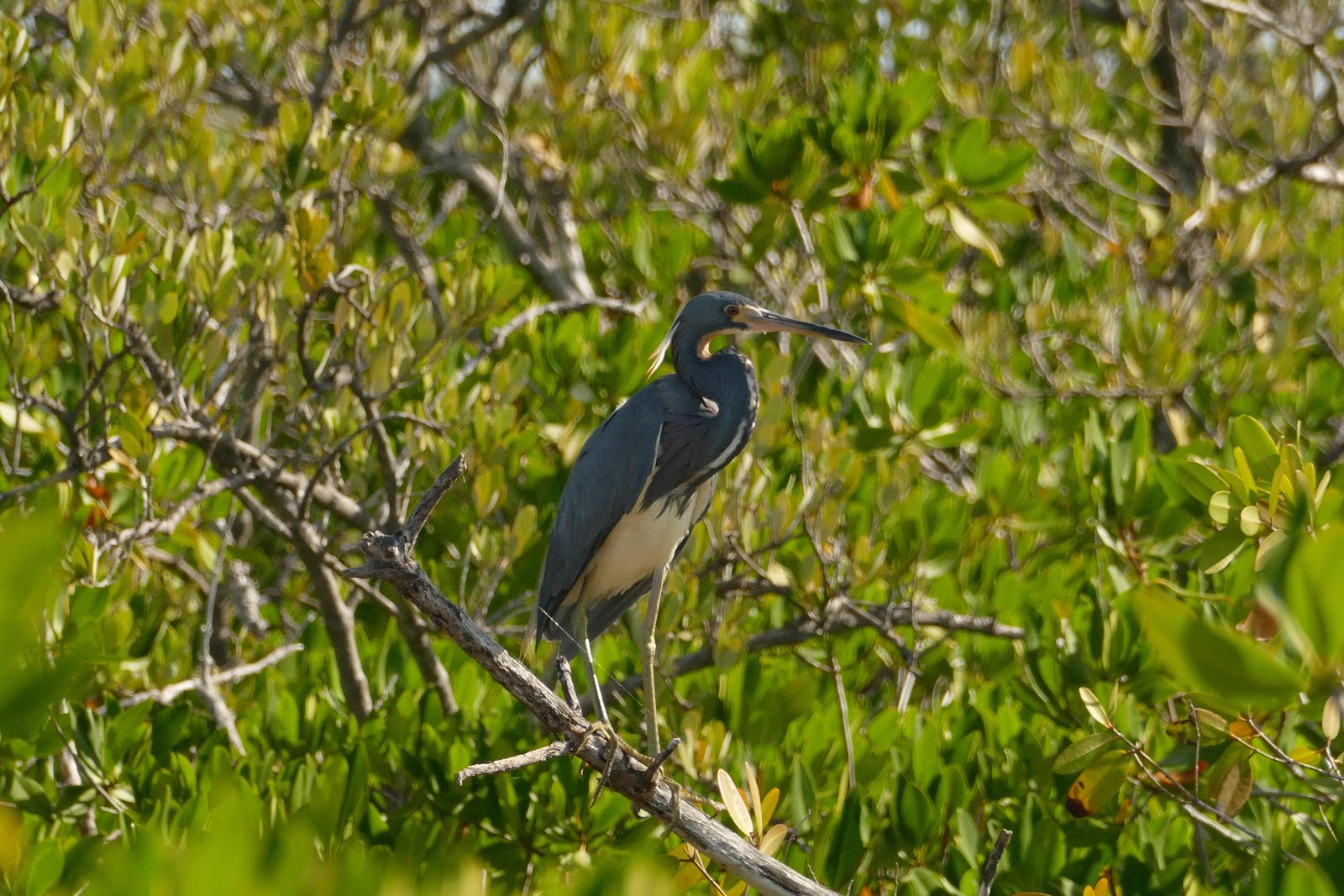 Herons, egrets, pelicans, spend their winters in the Keys and then disappear to more congenial climes, just like the excess people. 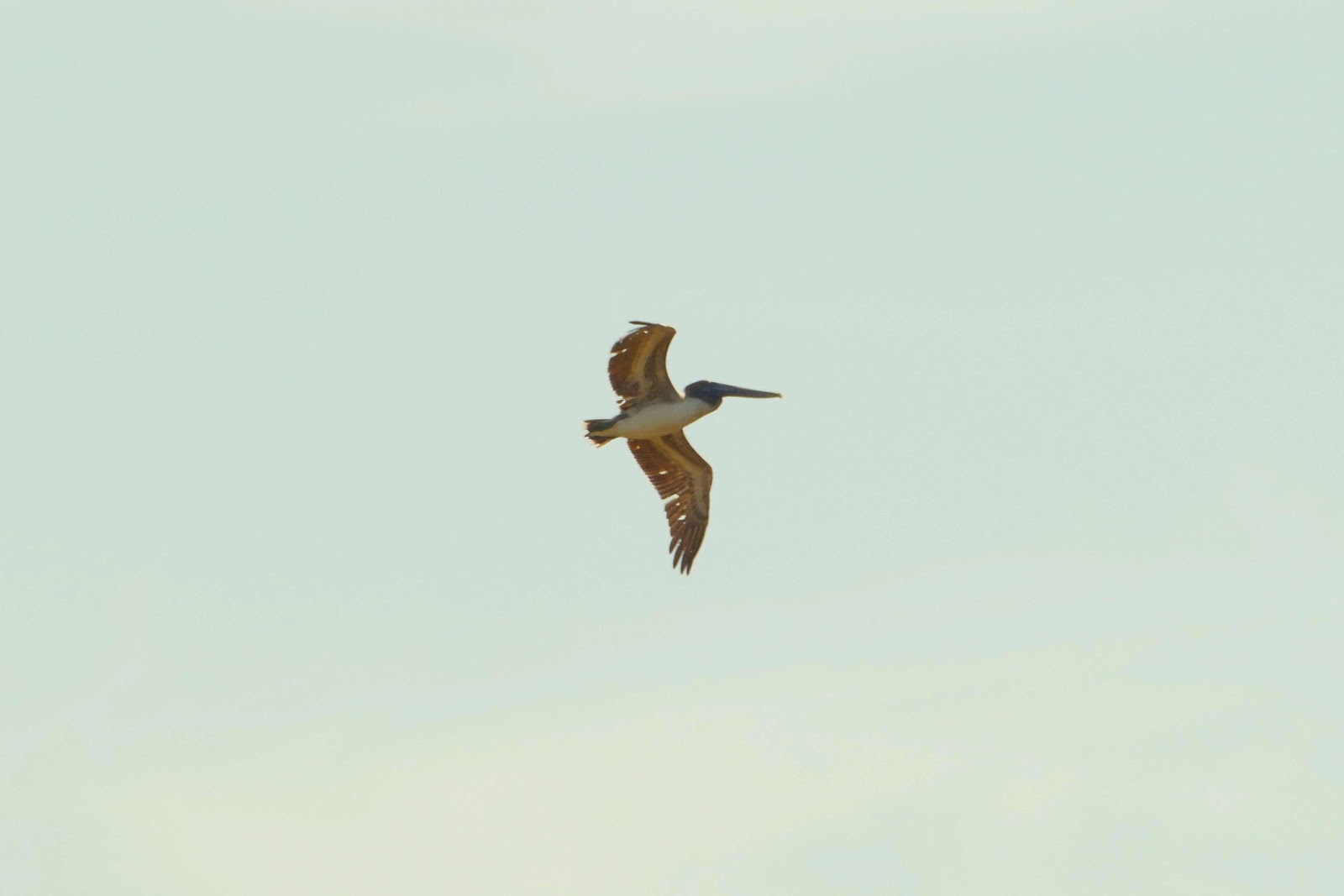 And then other people take their place. 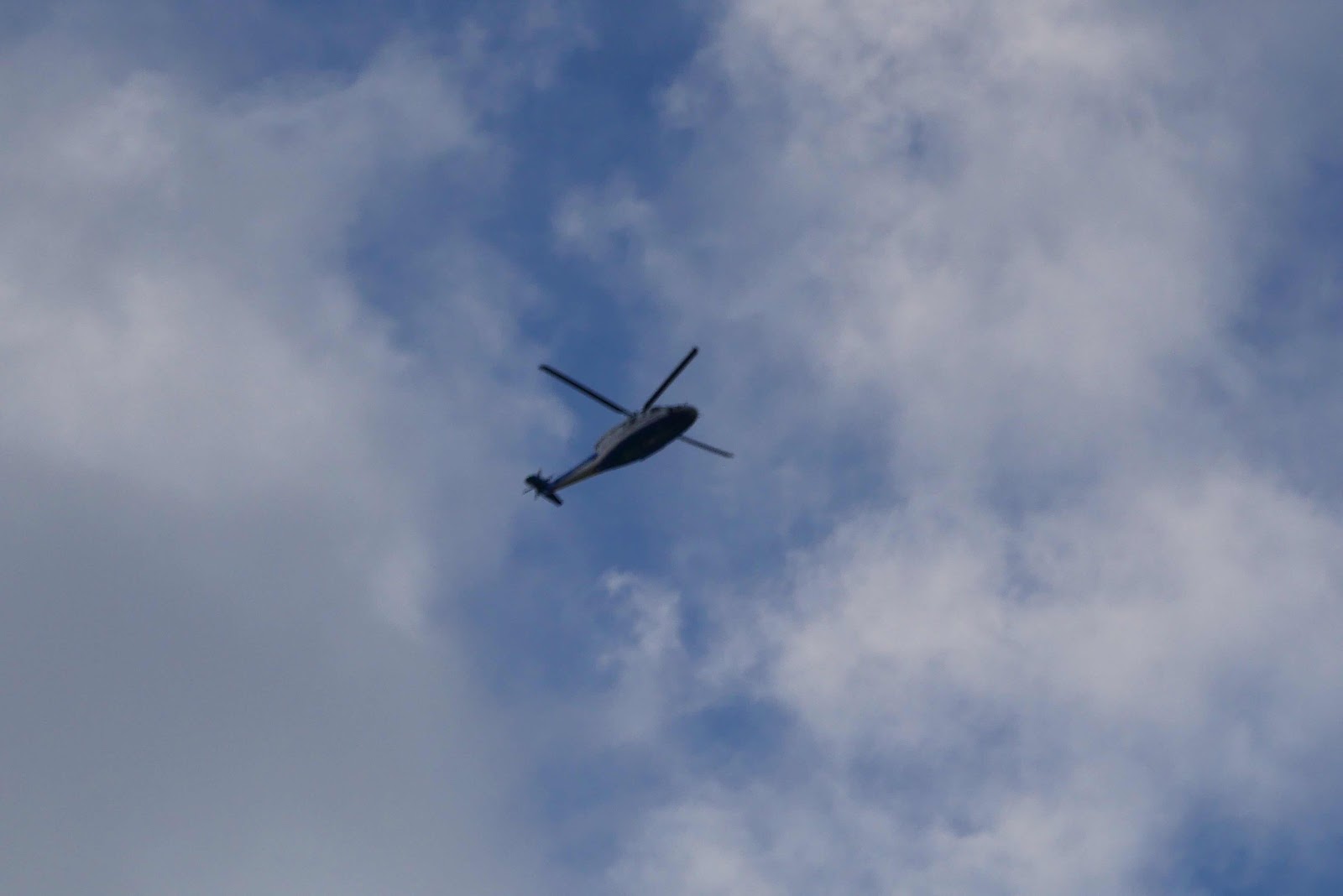 And birds, if you watch them closely enough, do have character: 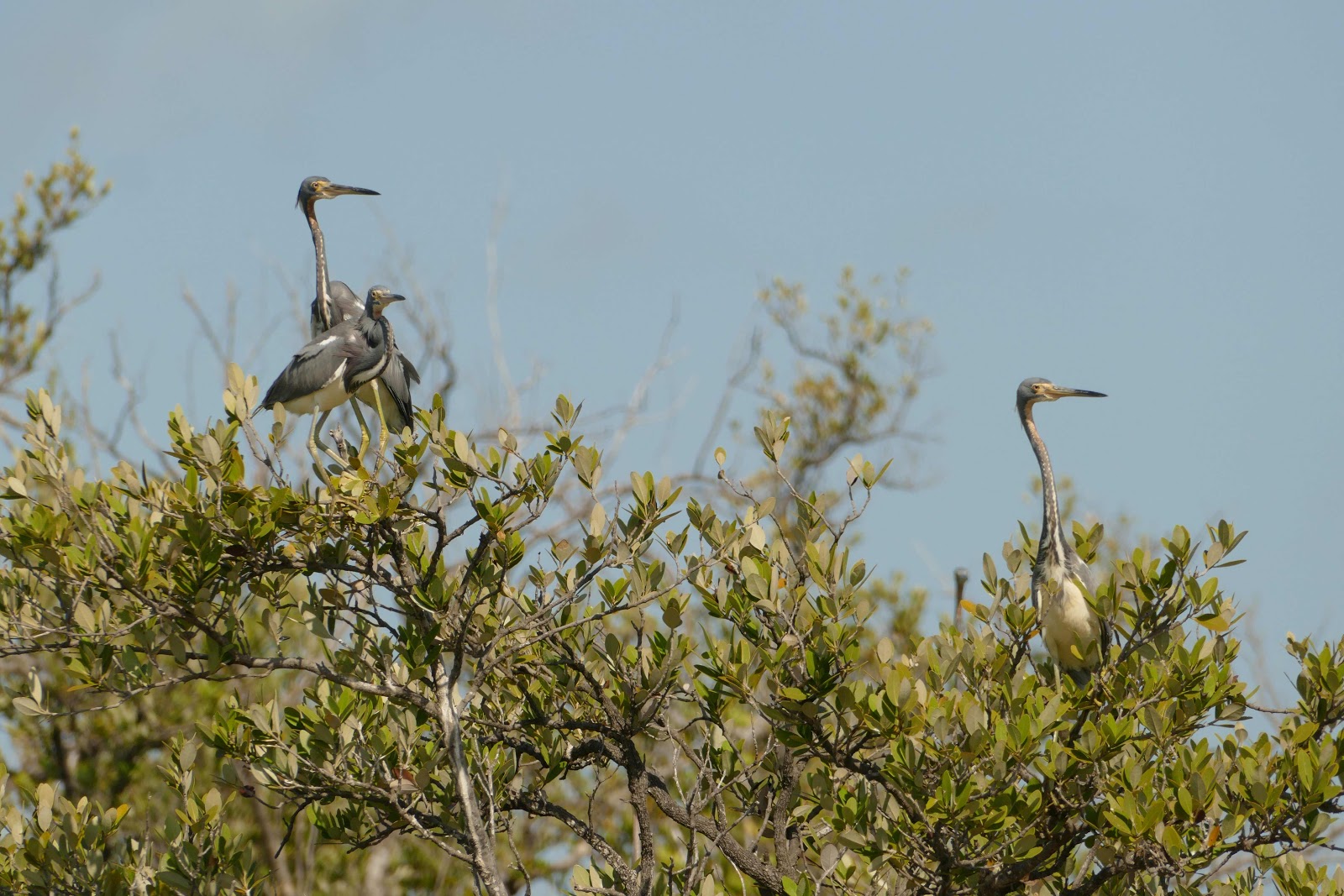 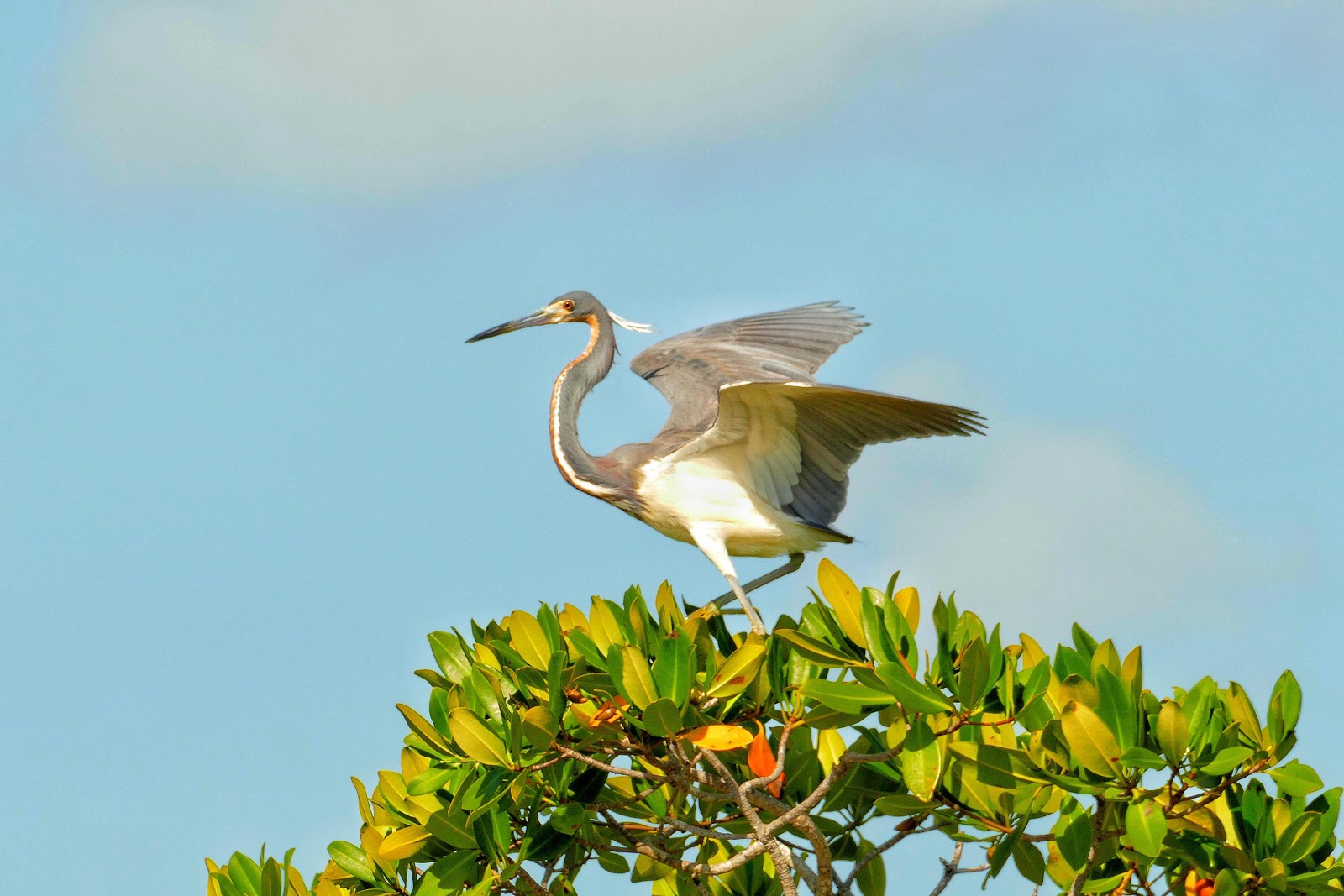 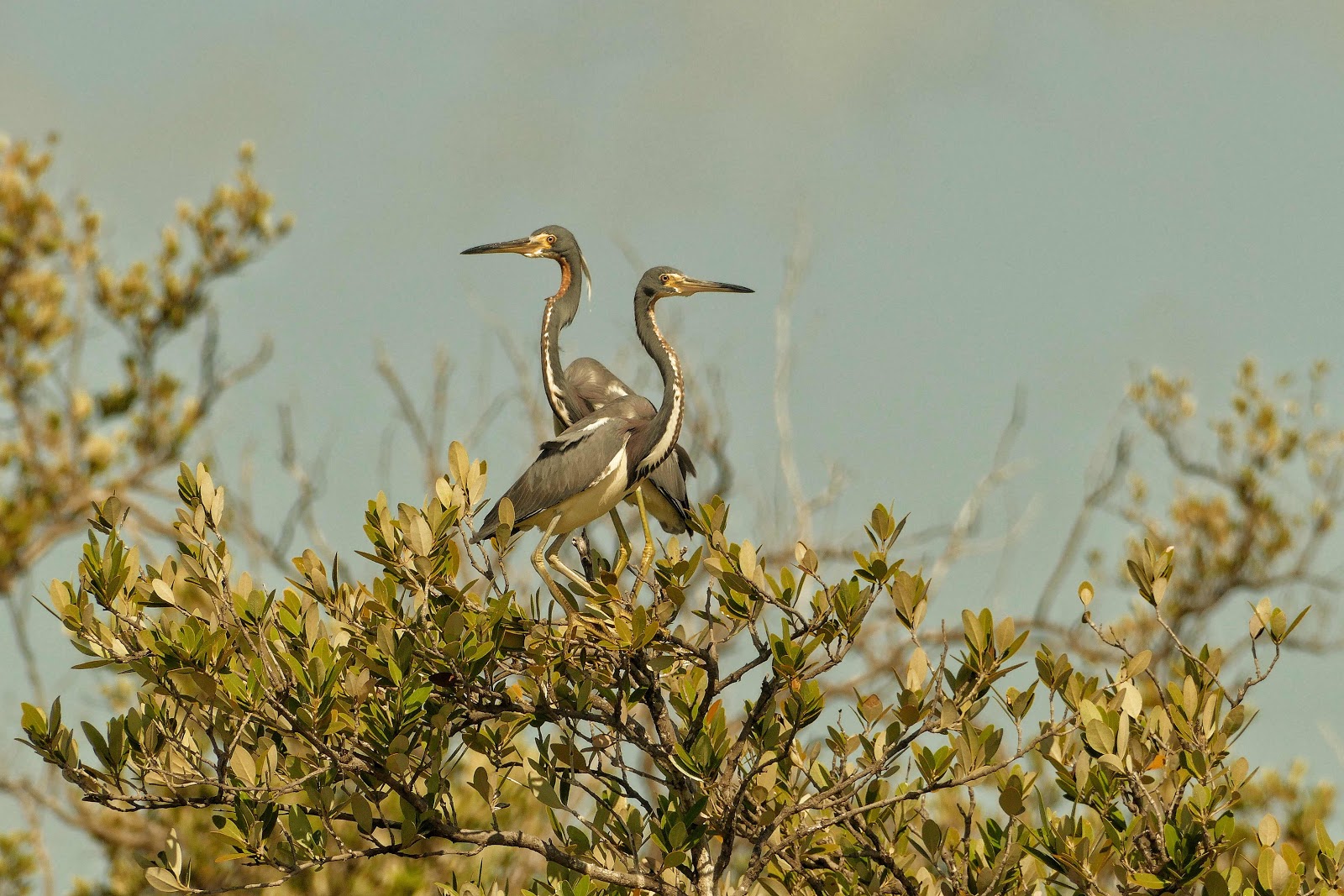 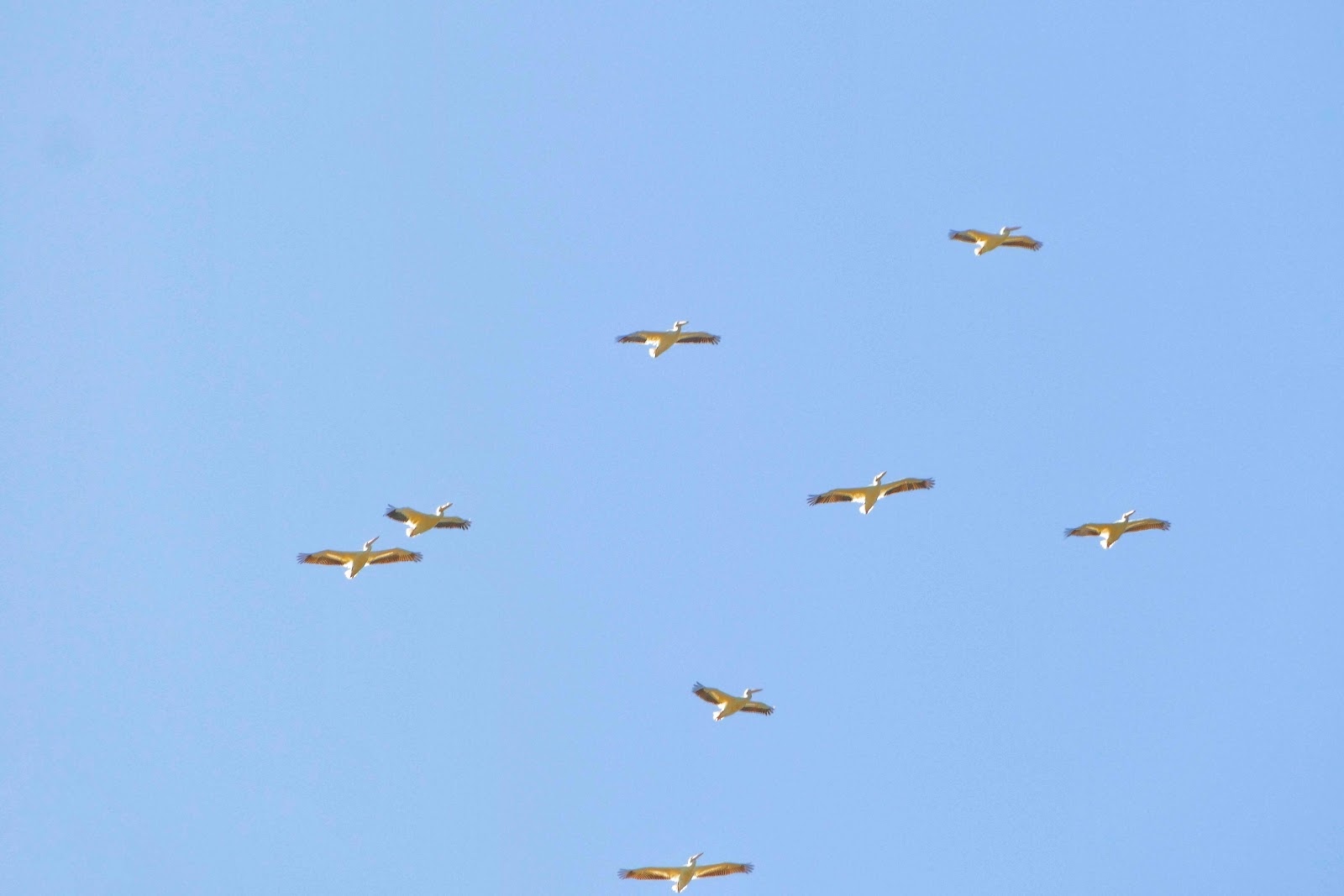 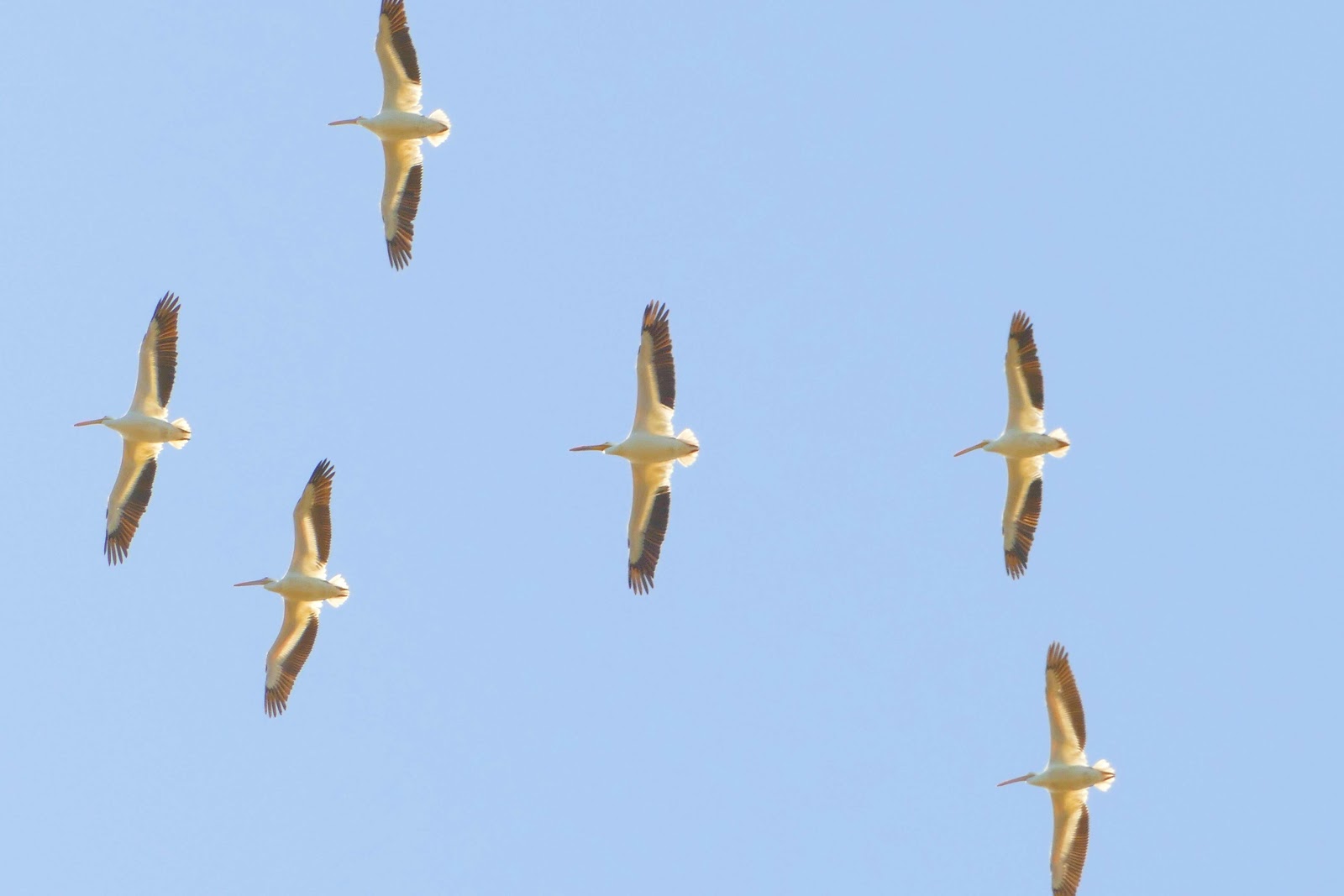 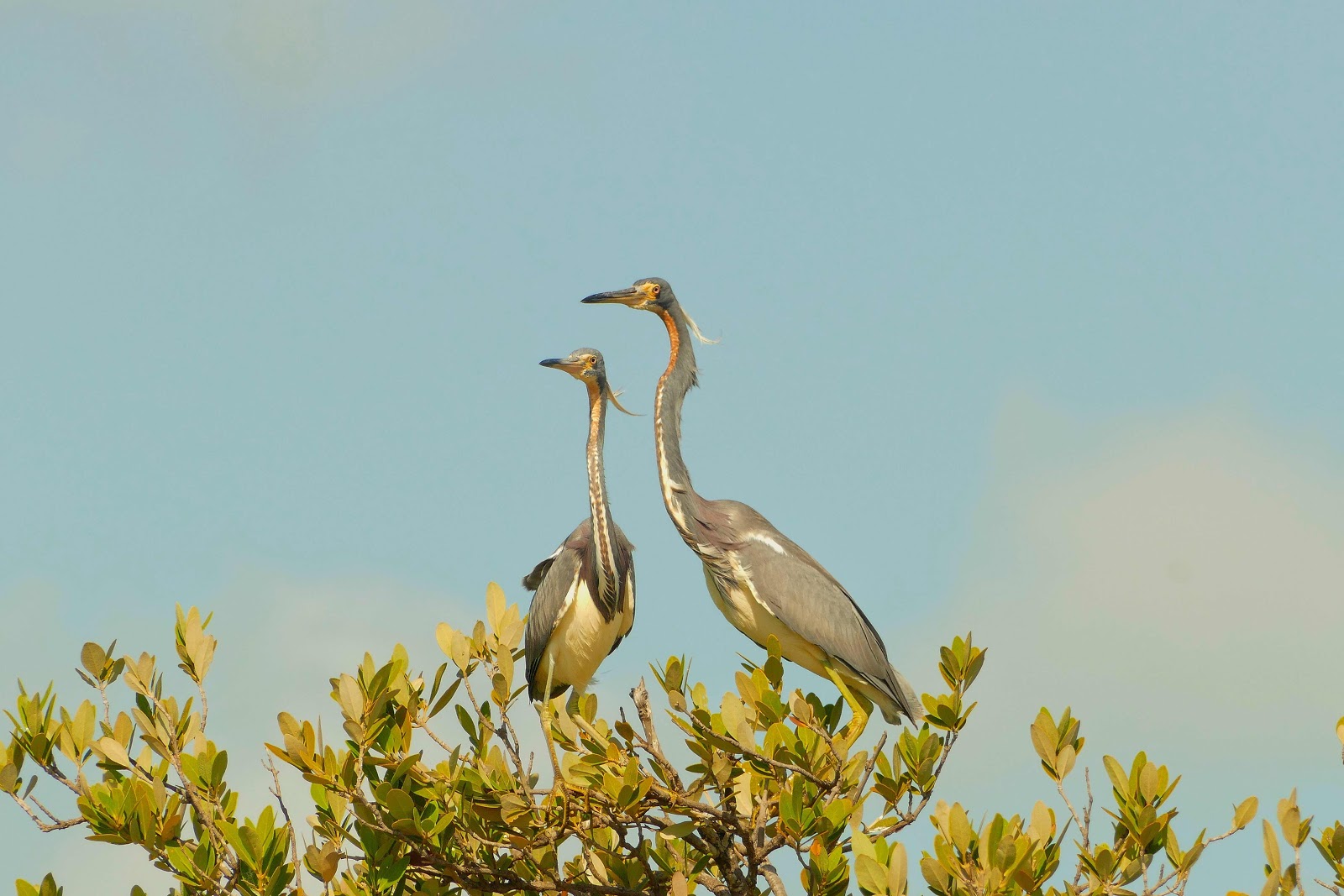 I have come to enjoy watching them. Watching Fat Albert the Blimp hanging in the sky is not as interesting as you might think... 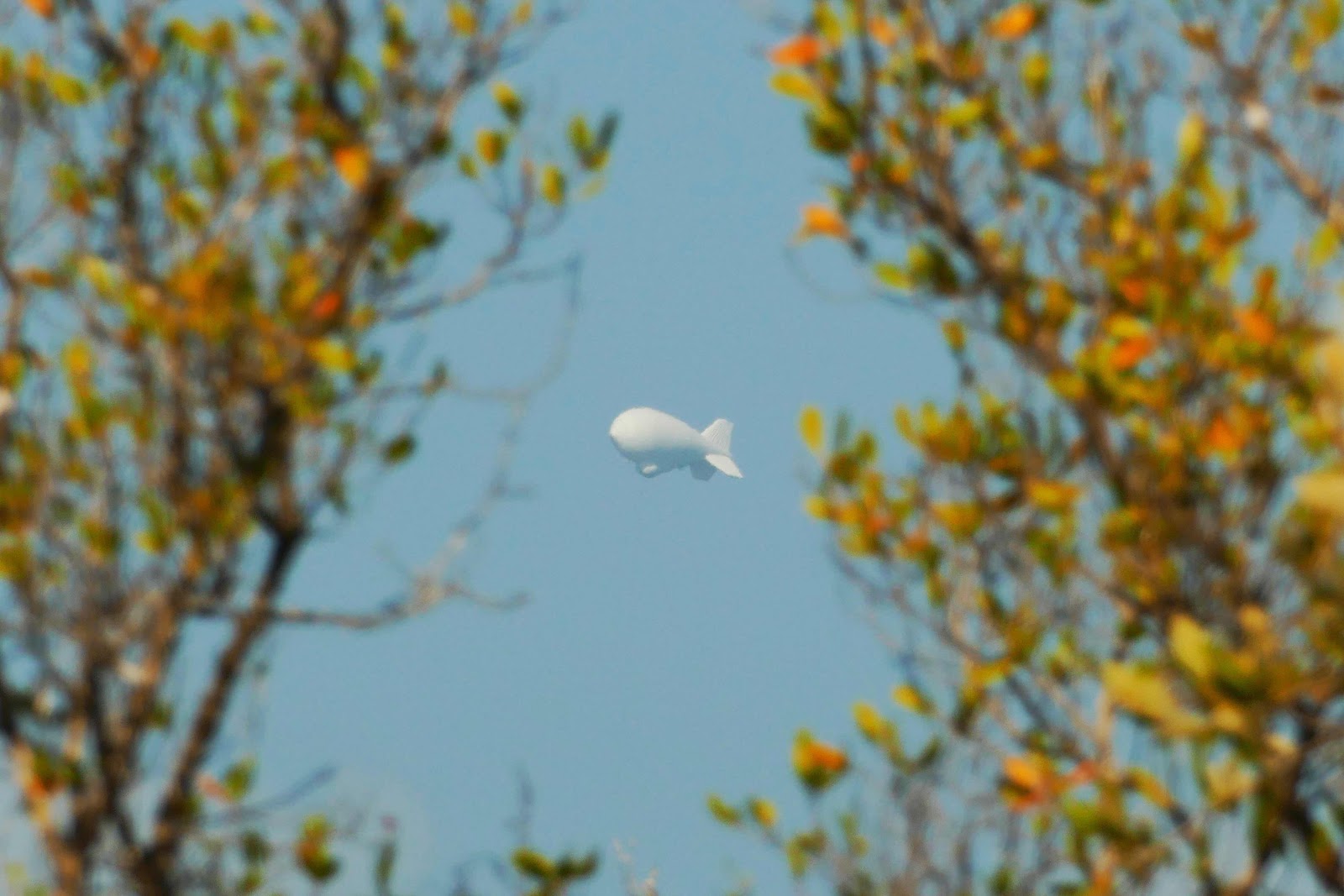 And don't get me started on dragonflies. I watch them all summer long and they are a total pain to capture with the camera. I did learn dragonflies like to stop at the same spot over and over. However that doesn't mean Rusty will let me hang around and even if he does the light has to be perfect, the angle has to be right and I have to balance the camera perfectly to catch these irritating but beautiful insects.  As it is I make do with brave efforts. 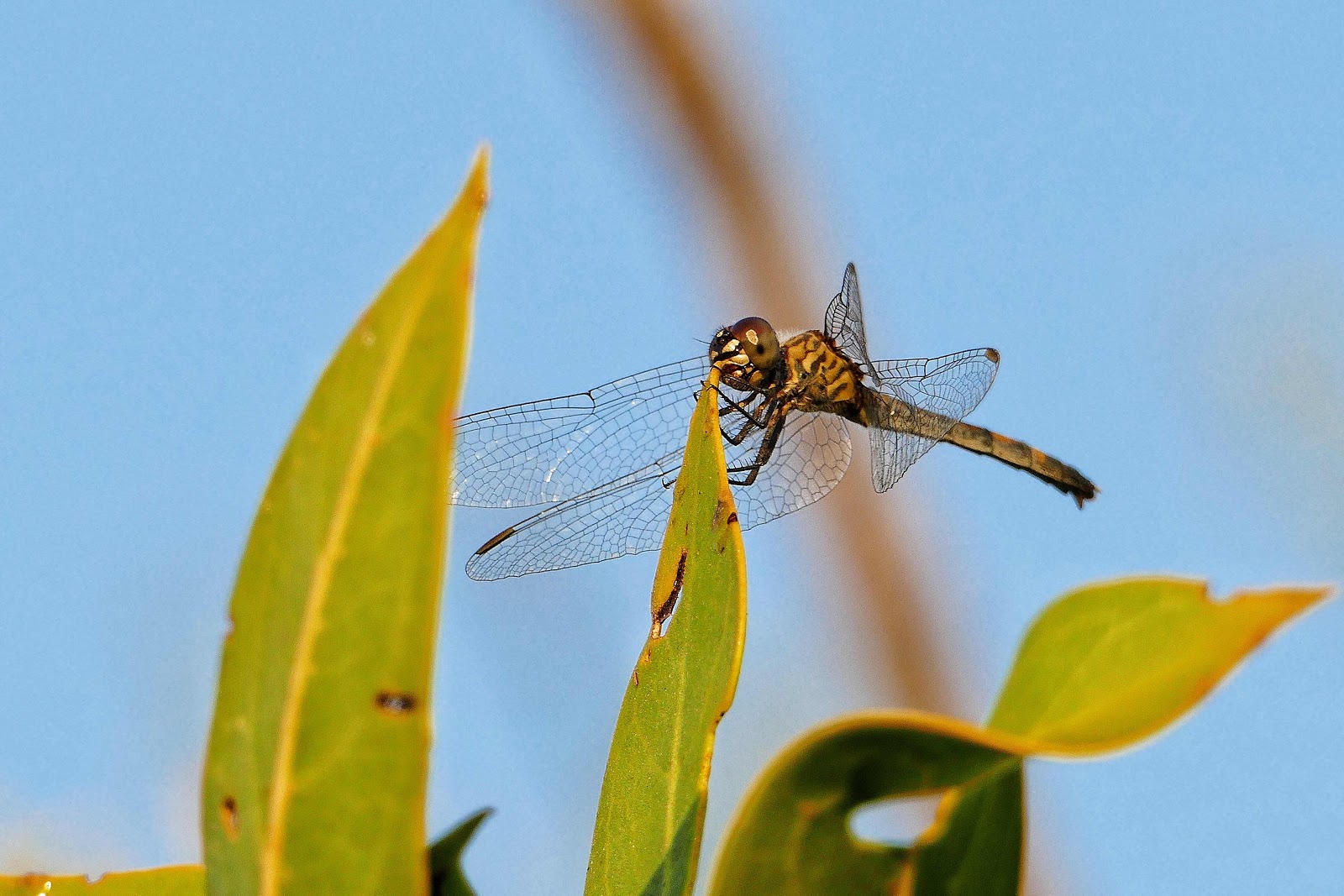 Even Rusty declines to pose. Instagram is filled with dogs poised looking daft dressed in absurd clothes and weird outfits as though they have no natural dignity. Rusty is overloaded with dignity and I'd never dress him up in human clothes or make him perform but I wouldn't mind the occasional pose. No luck. 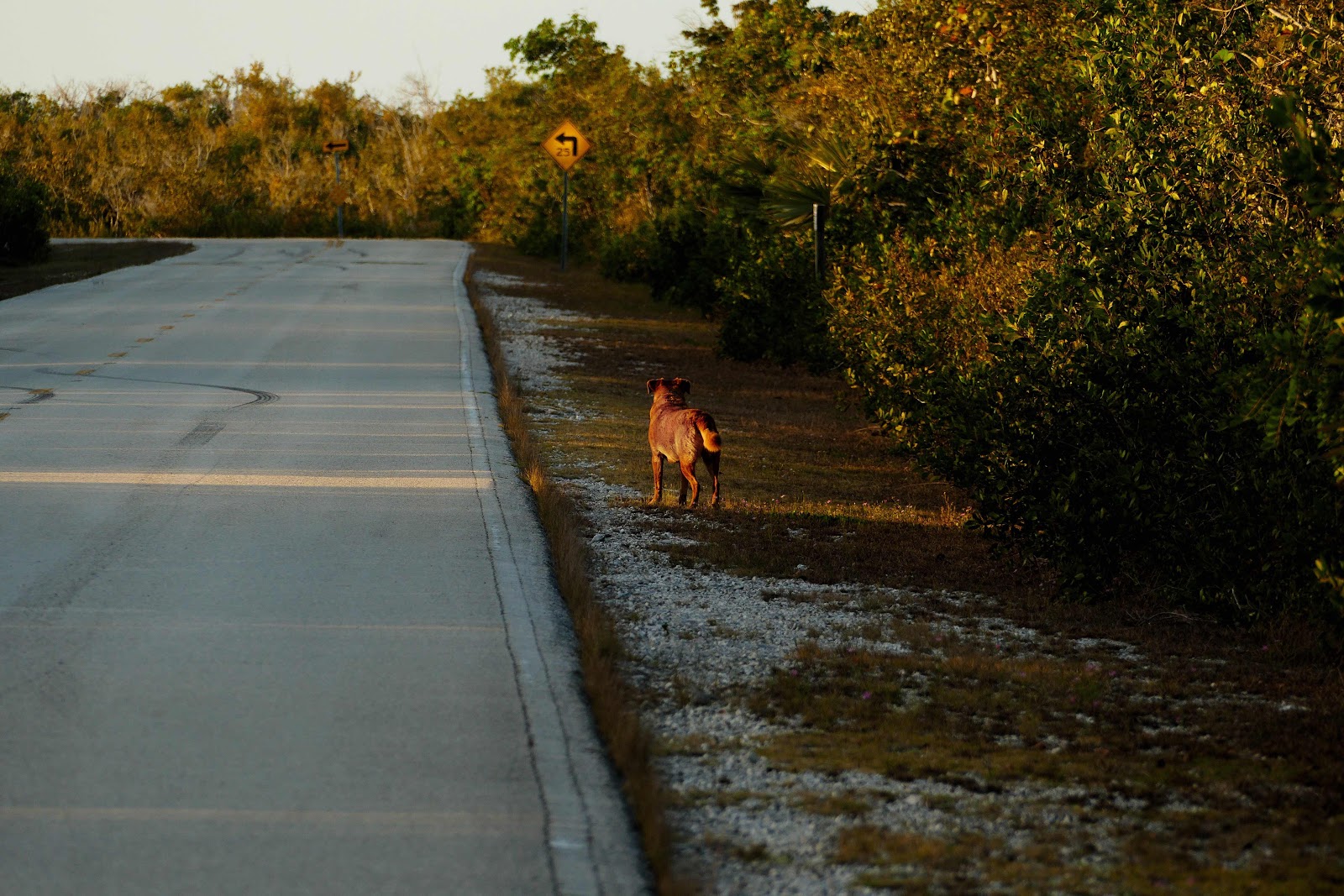 Better if I stick to flowers and even they try to bend away and stay out of focus on windy days bobbing like clowns. It's a tough life I tell you. I should spend thousands of dollars buying huge lenses and making my wife go mad. All to photograph a bird. Not likely. 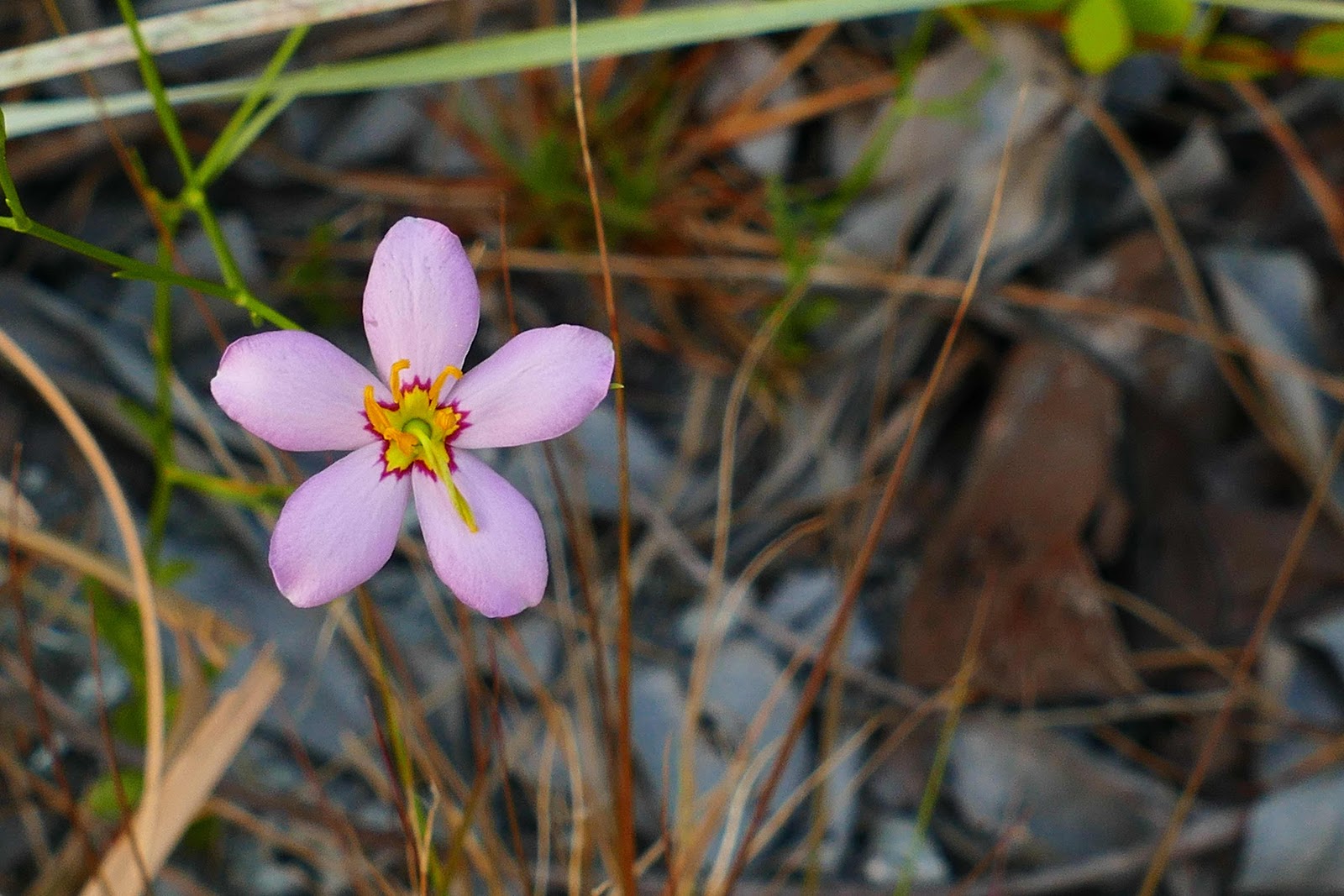 You do great with what equipment you have! Traveled often with Bob and bags of lenses, etc and it didn't make the pictures any better to have that stuff. Lynn

Thank you. Bob’s Pentax is a brand with quite the following, a cult I dare say! Chicago next Spring. First stop en route to Alaska!