It seems reverse shoulder surgery is a routine operation and people are getting it done all over the country all the time. That doesn't exactly lessen the impact of the individual operation when it strikes close to home but I reassured my wife I was certain it would go well and it did. 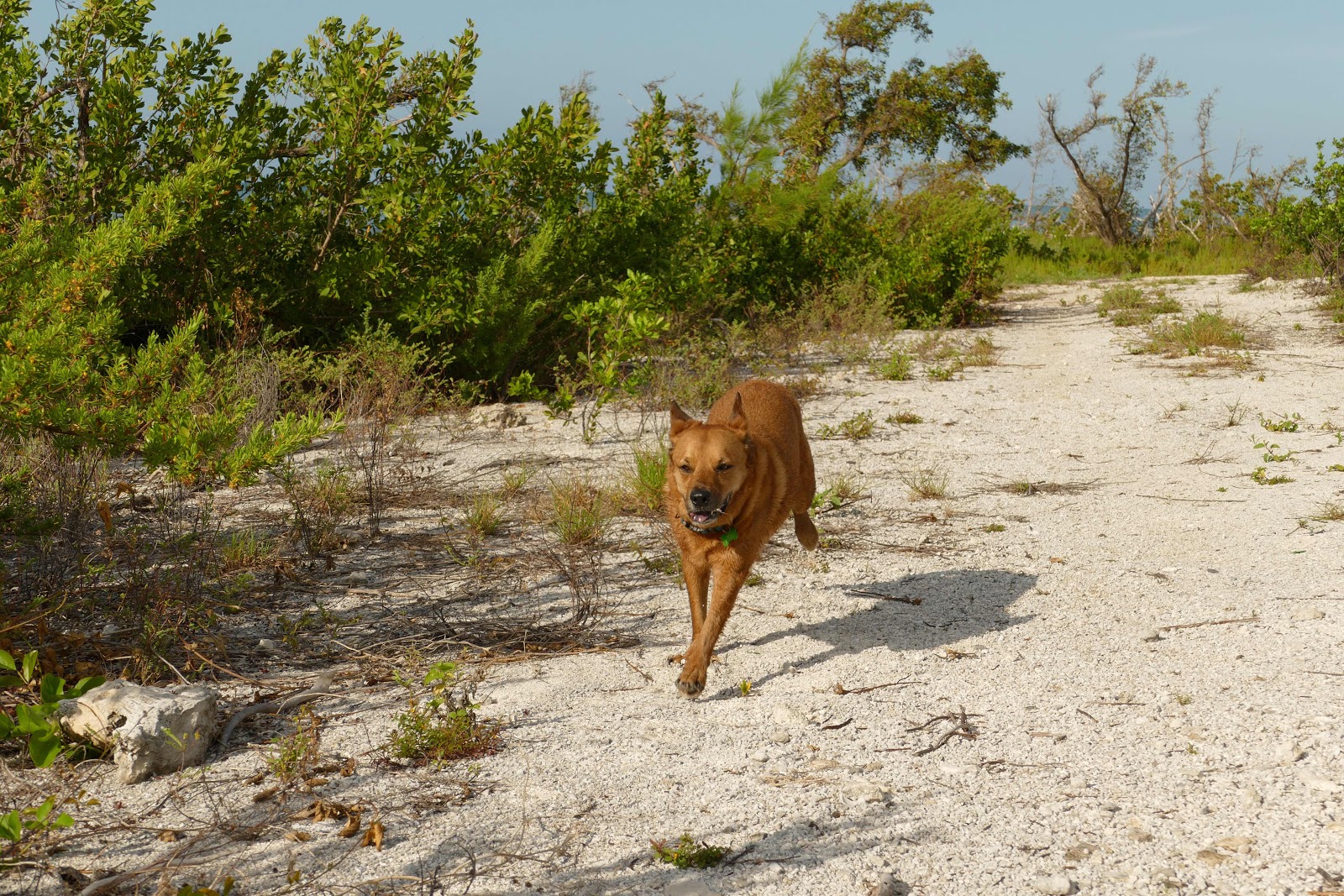 I got to walk Rusty when we got home and we both enjoyed being out in familiar haunts even if Rusty did have to undergo the indignity of a soapy bath after sitting repeatedly in the ocean. Summer is here and heat is turned up as you would expect in mid May and a dog needs a cooling dip even if he doesn't like to swim. 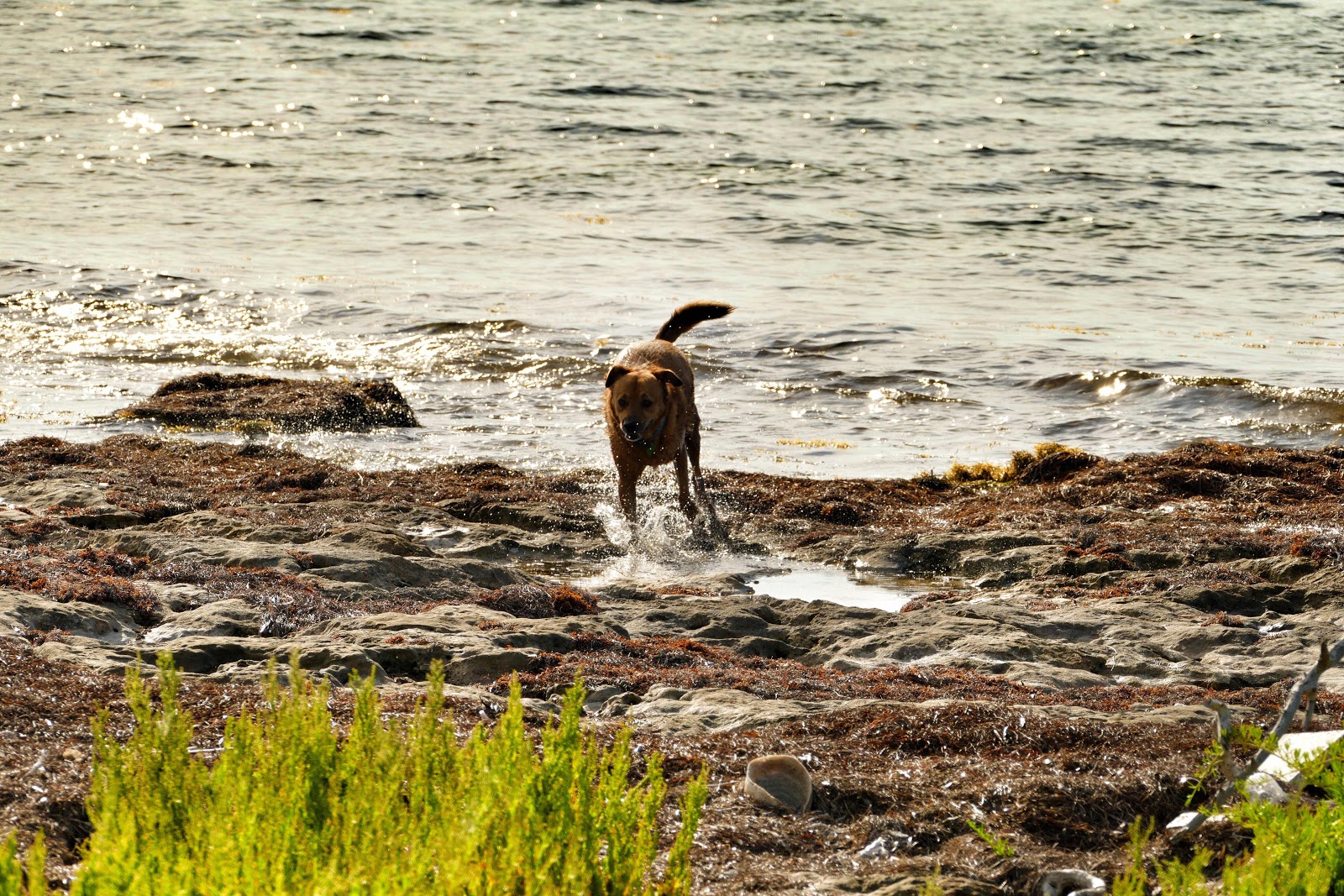 Modern surgery is extraordinary inasmuch as Layne was tended in the recovery room, but once breathing on her own was stuffed in the van from a  wheelchair and off we went to the hotel.  It was in my childhood only half a century ago that laying around in hospital beds after being cut up was routine. Nowadays they ship you out immediately. And it works. 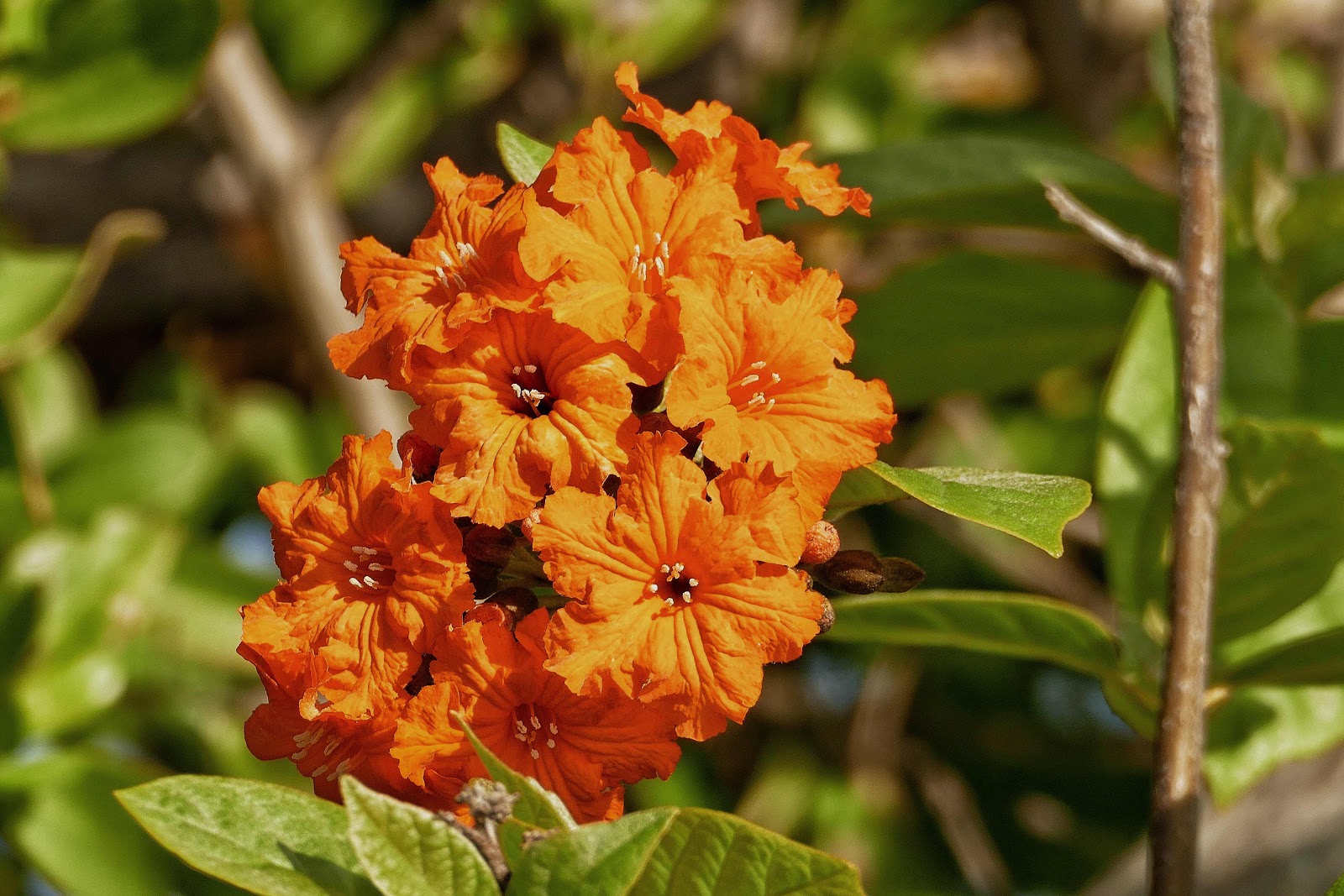 The theory is that surgery leads to wellness, though it is a rocky path. The good news is the lacerated shoulder which caused immense pain will eventually be pain free with reasonable arcs of movement we are told. The best news is the path to recovery is clear and obvious and Layne was well prepared for recovery. Unfortunately shoulder surgery hurts a great deal  while the wounds mend. 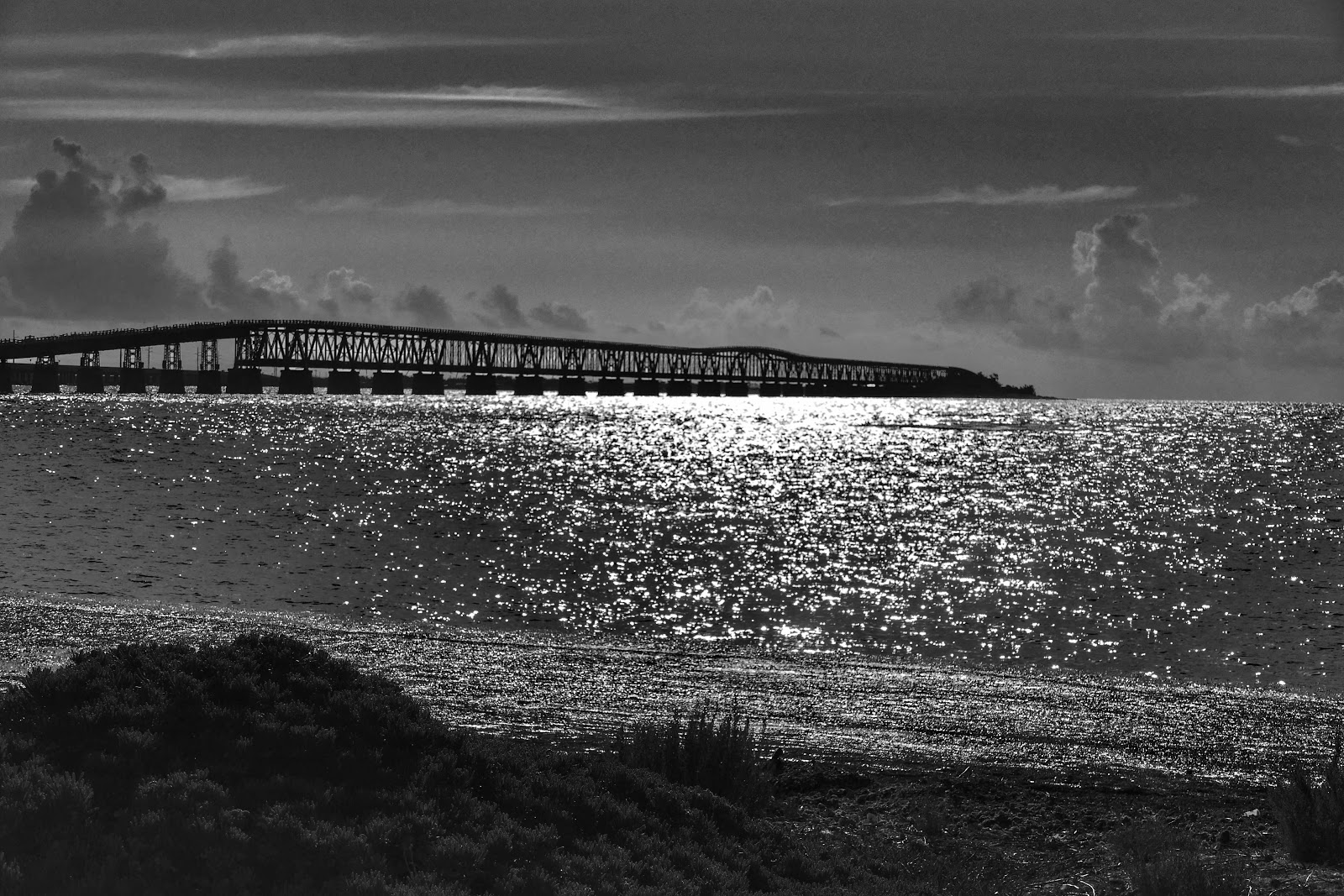 I got to walk away for a while as she is in the capable hands of her sister, a retired family doctor who understands narcotics and slings and muscles and movement. I am at best a helpless bystander trying to learn the ropes. Medicare I have to report has been great, no bills no arguing over permitted procedures, no hassles.  I can't wait to turn 66 myself and get with the program. 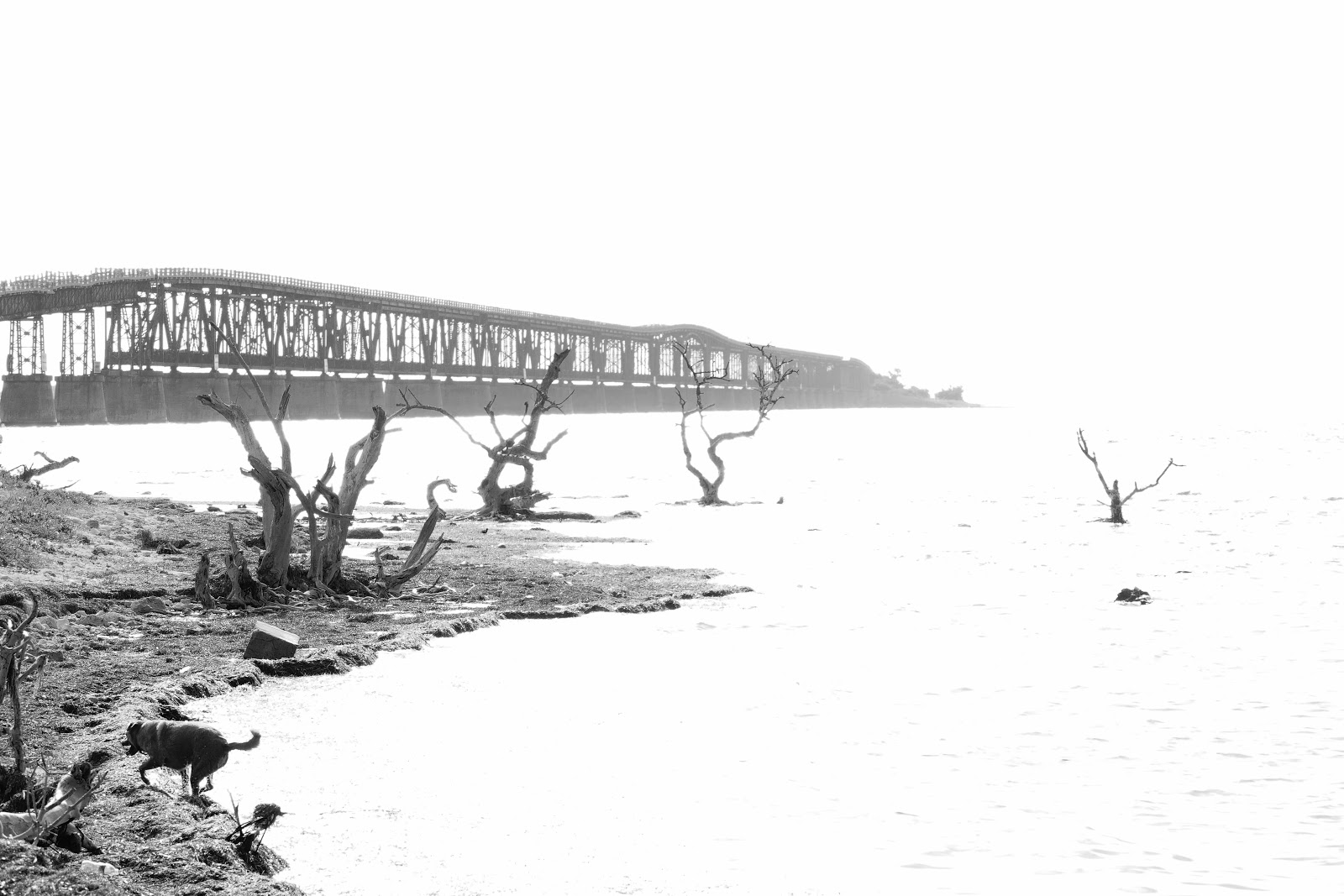 In a broader sense this operation has started the count down to our retirement together next year. My wife said to me that while I was driving her home and she was sitting up in bed in the back of the van she was plotting new strategies to pack and store stuff for the trip next year. The next big step is her retirement in three weeks from the Monroe County School District. 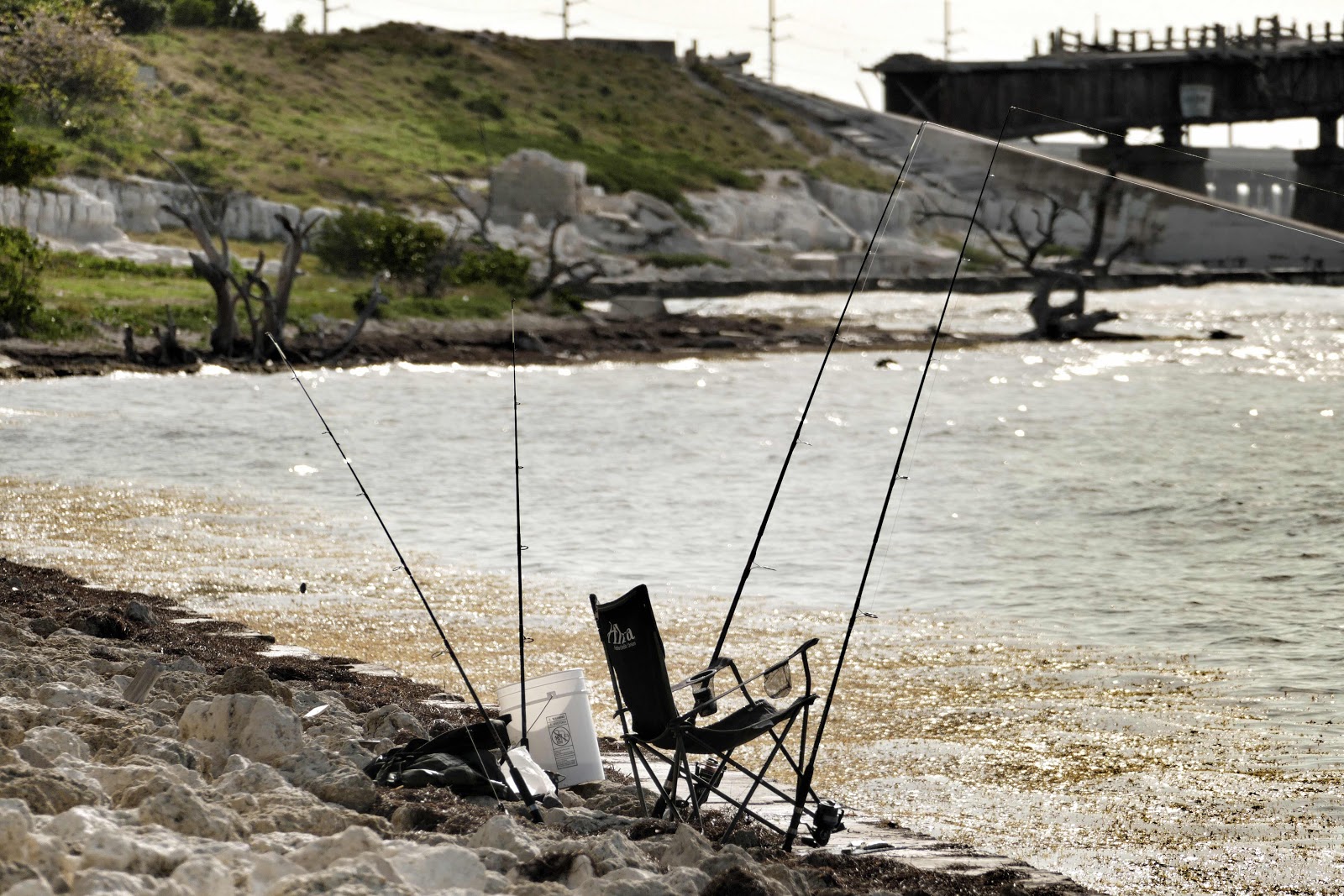 Rusty has also stepped up and this past week showed strong signs of accepting the new status of his life as a traveling dog. In order to escape the chaos of the hotel room with two loud talking Jewish women in it he sat by the door. I took him out for a walk glad of an excuse to escape and he walked me in a beeline to the van parked a block away. I slid the side door open and he jumped in and bounded onto the bed where he curled up. I opened the back doors and sat in the side door way for half an hour to allow his jangled nerves to settle and we both reluctantly went back up the room. 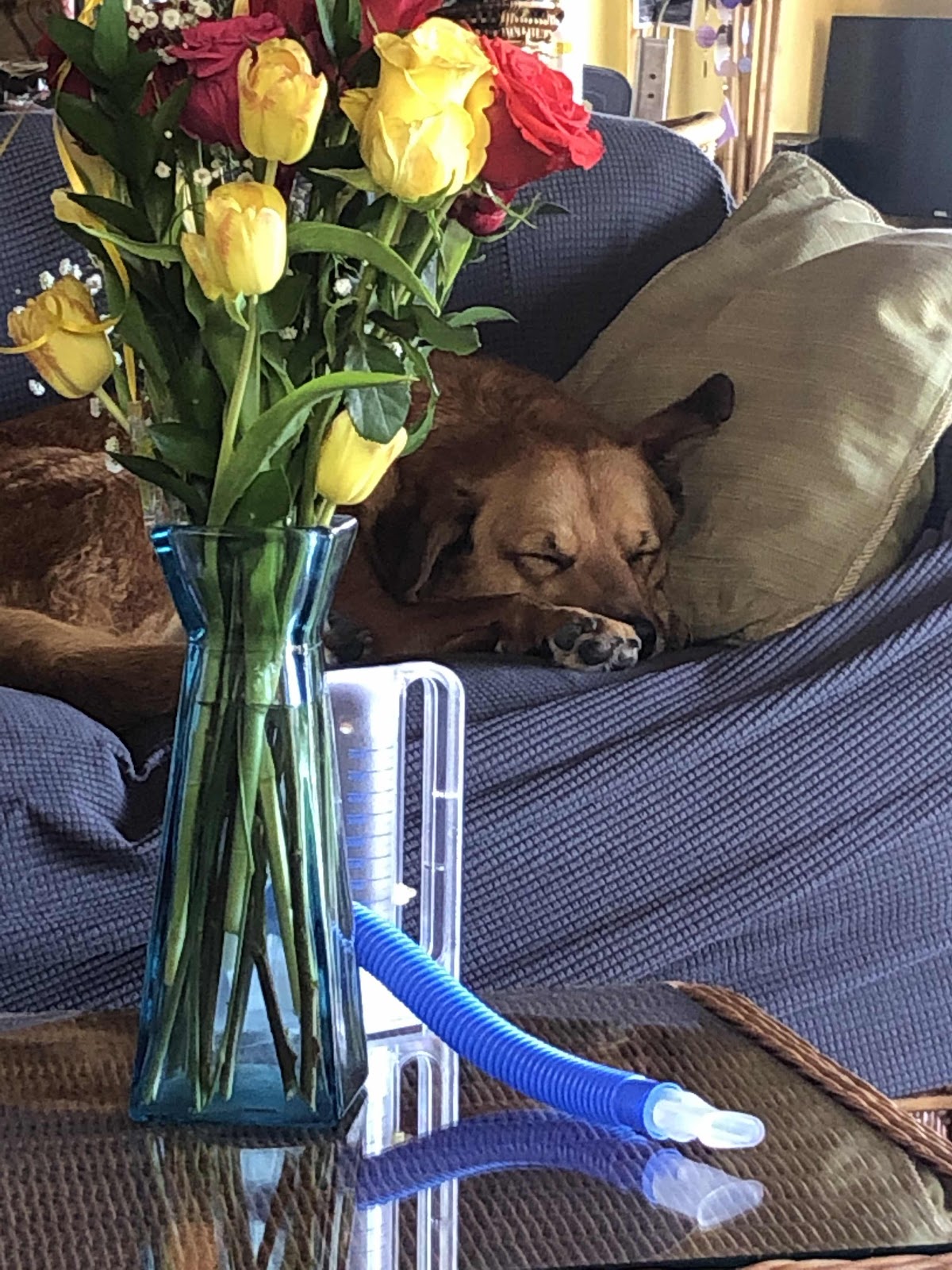 Home is home and   sometimes we have to squeeze our eyes tight shut to remember that better and calmer days are ahead.
Posted by Conchscooter at 10:35 AM

Rusty looks like the true Happy Camper!
Wow! 3 weeks on Layne's short-timers chain. And she's already planning your honey-do list. Sounds like her recovery could be hell on you! :)

Glad to hear Layne's surgery was a success. I had both of my torn rotator cuffs repaired before I was 40 and it was life changing surgery for me. Sometimes I can feel the muscles 'pop' over the spectra anchors in the top of my arm. :)

One more comment about shoulder work. For my 2nd surgery, I used cold water compression therapy..basically a box on the floor pumped ice water thru a compression cuff around my shoulder...this greatly reduced my recovery time, but it still was REALLY sore and painful and throbbing for a few days. I think I had my surgery on a Thursday, and by Monday I was down to regular old ibuprofen. My surgery was all arthroscopic too, and probably not nearly as invasive as Layne's, but that was my story anyway.
I wish her the best..I think she will be happy with this decision in a few weeks!

My son-in-law had both his shoulders done at different times and the first few days he was in a lot of pain. It did get better after that but it was tough. I hope your Sweetie goes through the recovery well and isn't too uncomfortable.

Glad the operation was a success. Get well Quickly Layne!