It feels slightly ridiculous but we are back in Florida. Not the Keys by any means, as Key West is 800 driving miles away, by a route very well known to me. However your intrepid explorers are back in the state whence they began. 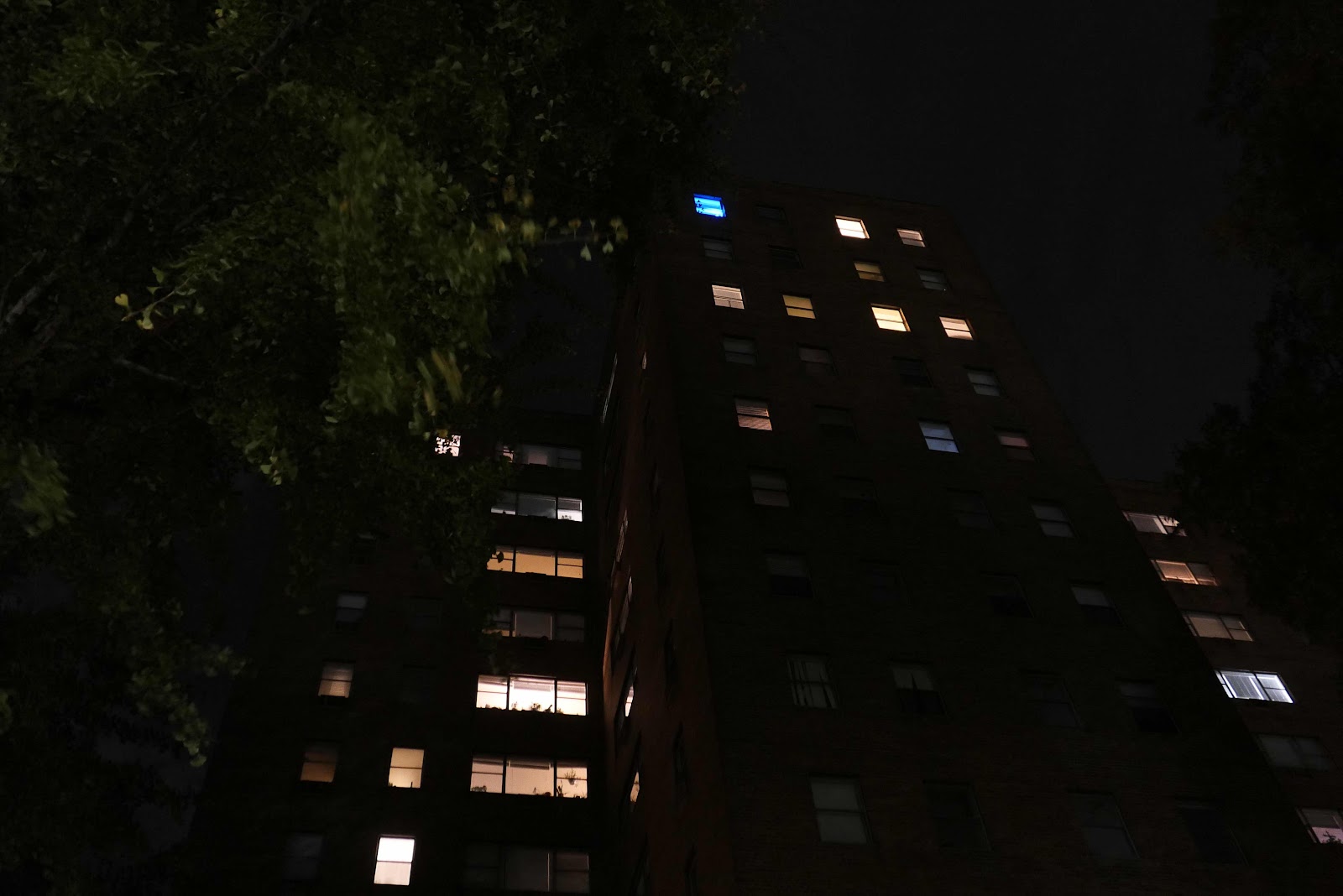 We visited a man who I can only describe as an artist. Johnny has known my wife since they first met in Birmingham Alabama quite a few decades ago and the way my wife works she has never let go. That two more friends from that era dropped in unexpectedly is part of the way that world works. An hour long visit to see the ailing artist took more than four hours and Johnny was passing out from exhaustion by the end. It was good. 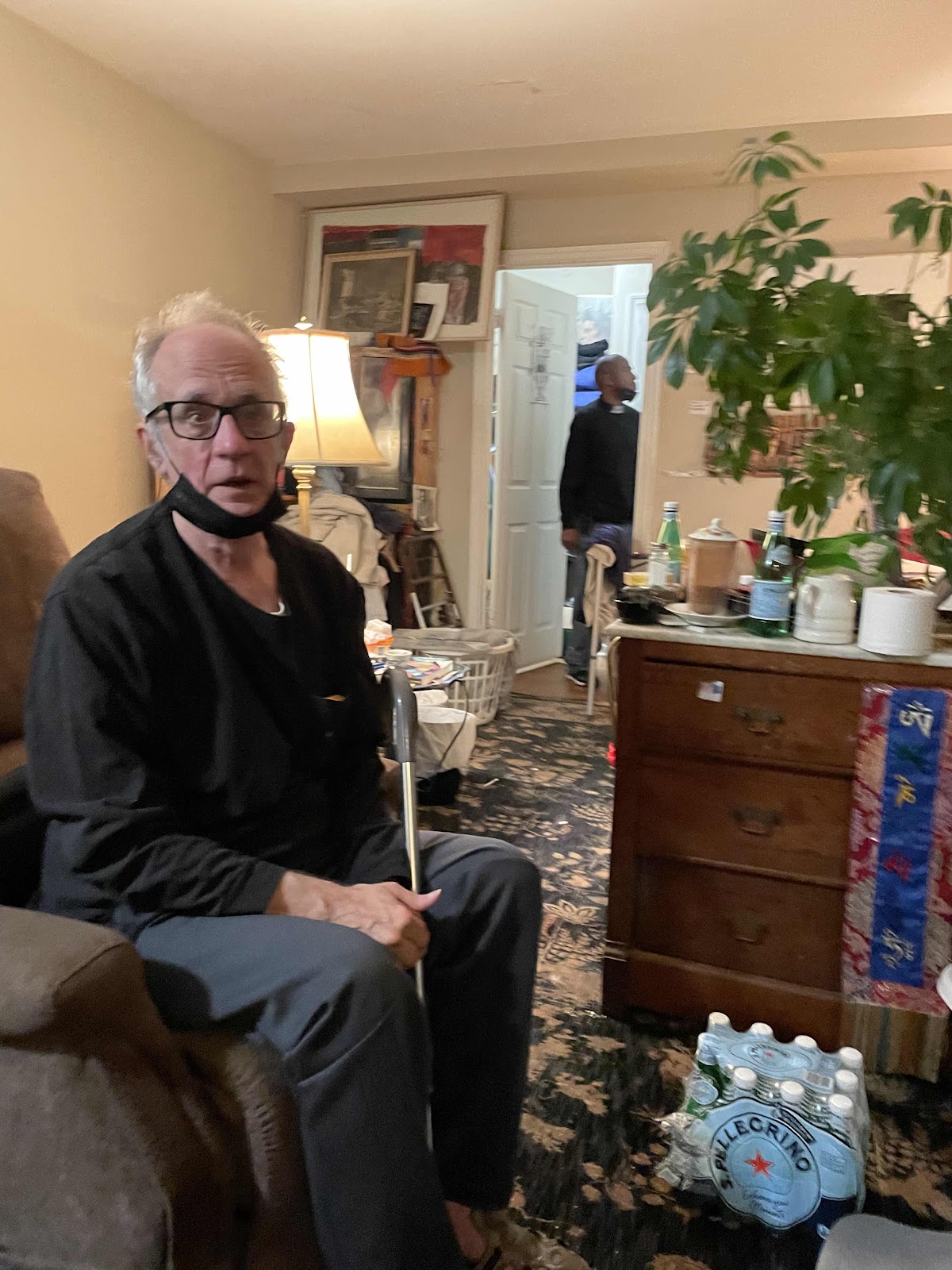 Layne the indefatigable then gave Karl and Lori a tour of the van while Rusty and I caught our breath. Karl has offered us a place to moochdock when we visit Santa Cruz next Spring so I guess it was good he got to see how it works. So good he offered us our seventh moochdock of this trip and we spent the night not on the street as we had planned but in his mother's driveway in the suburbs of Birmingham. 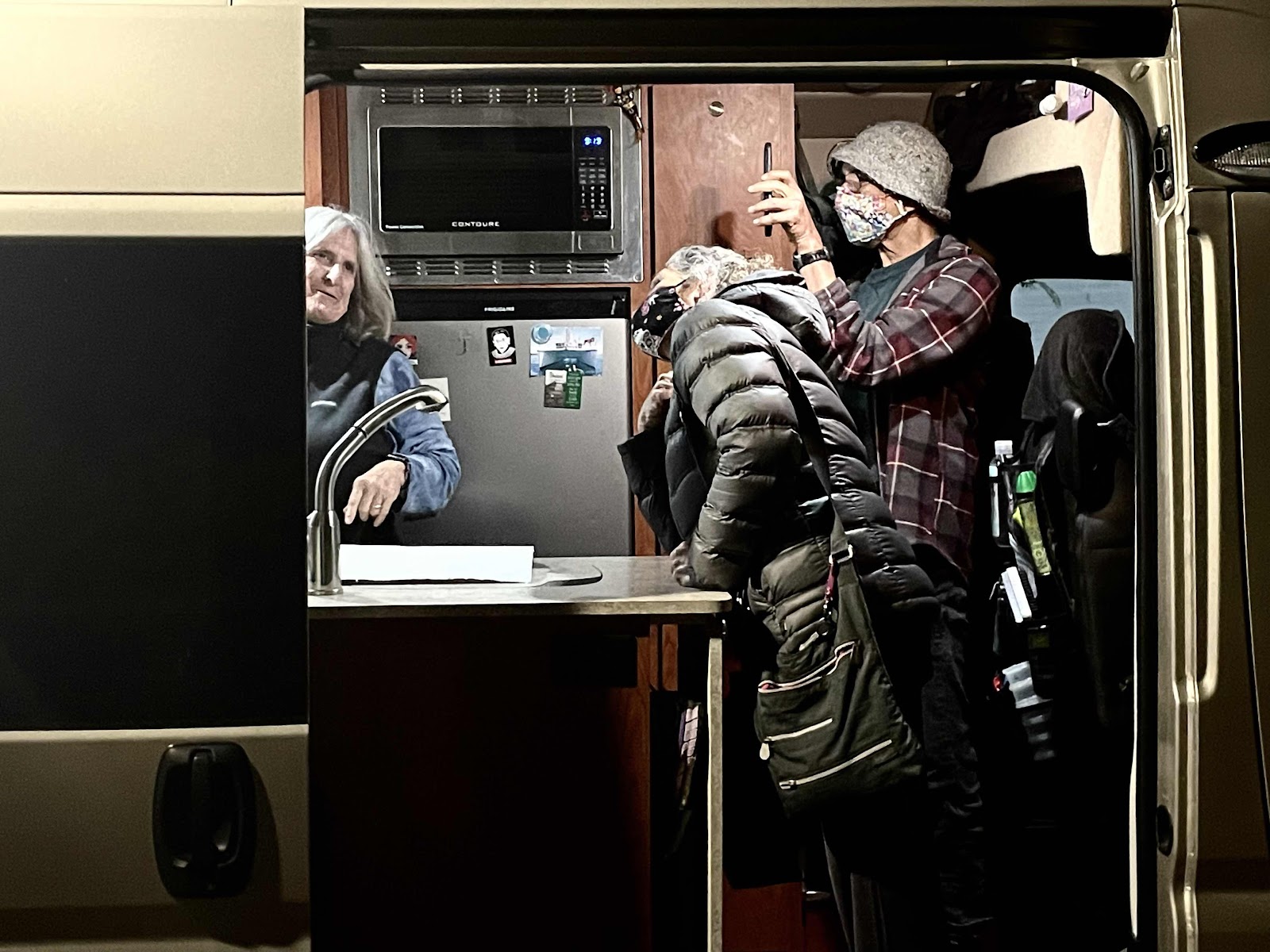 Lori came back in the morning and over scrambled eggs and toast there was much reminiscing about the good old days where a group of young people did good work living in an old mansion they called the Kudzu Castle because it was covered in that creeping vine. Ah, youth.  Pass the bottle. 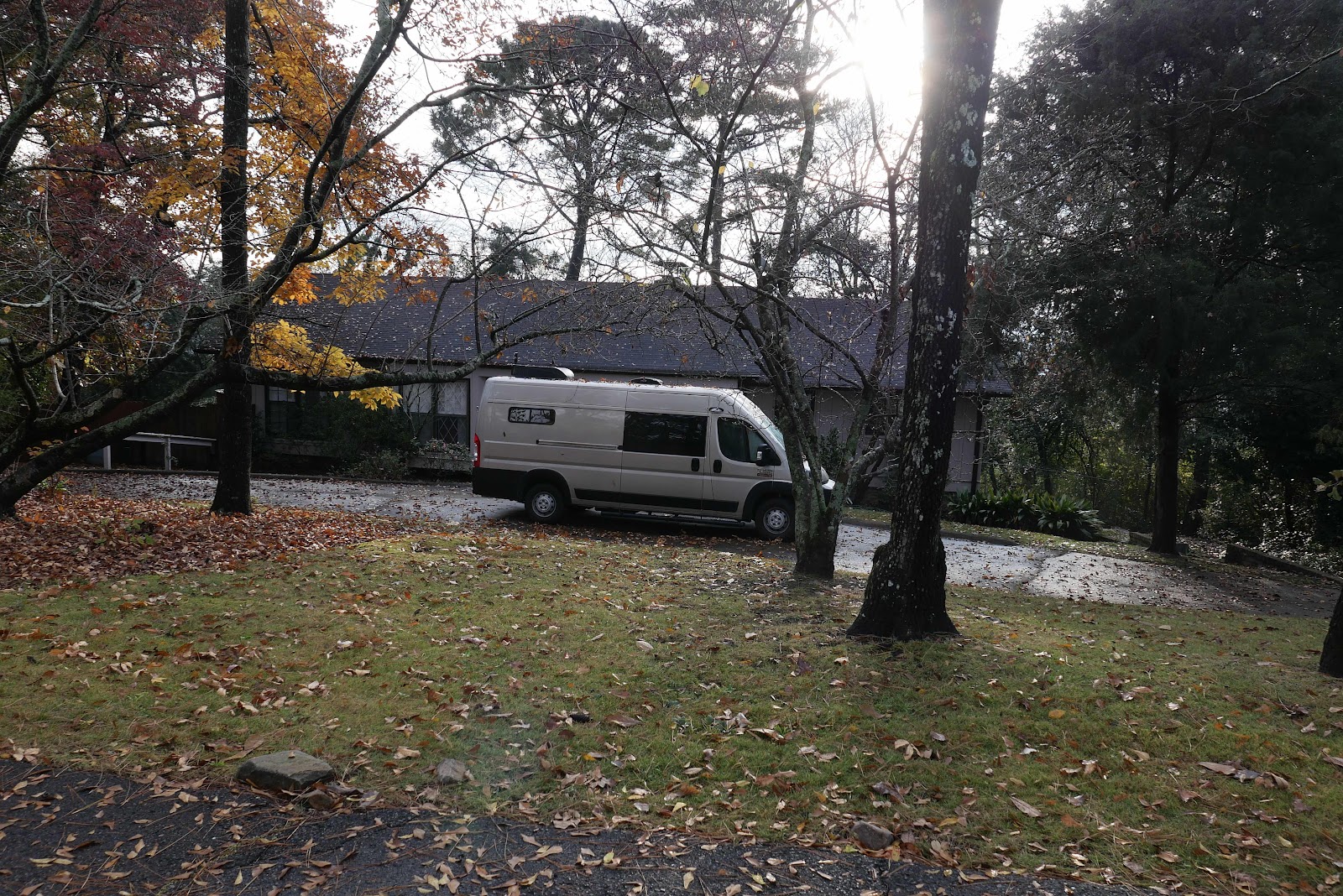 Rusty and I went for a walk on the ridge line admiring splendid mansions and vast oak trees and ...abandoned fuss ball tables? 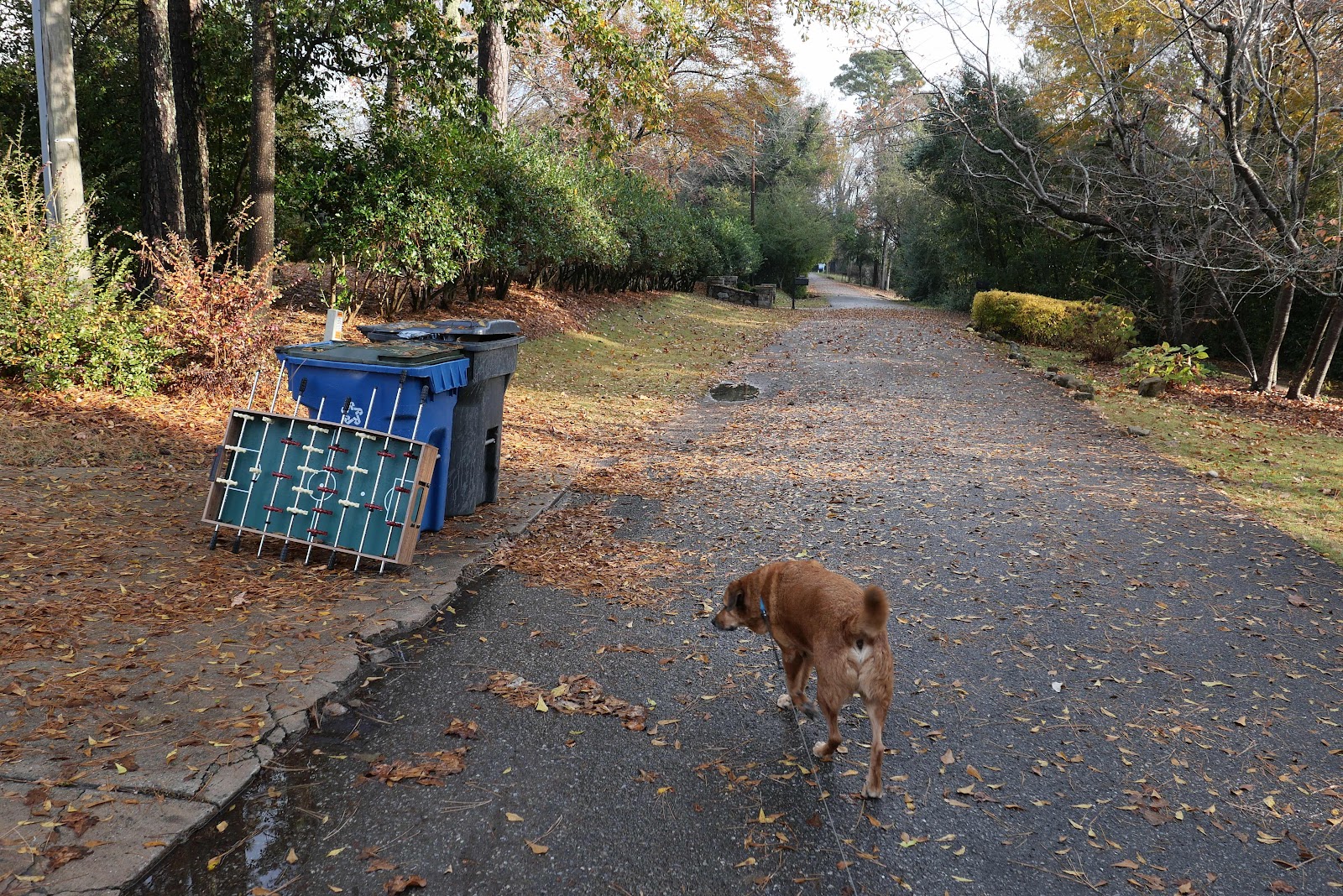 Contemplating her lost youth possibly, or wondering about our route to Pensacola? 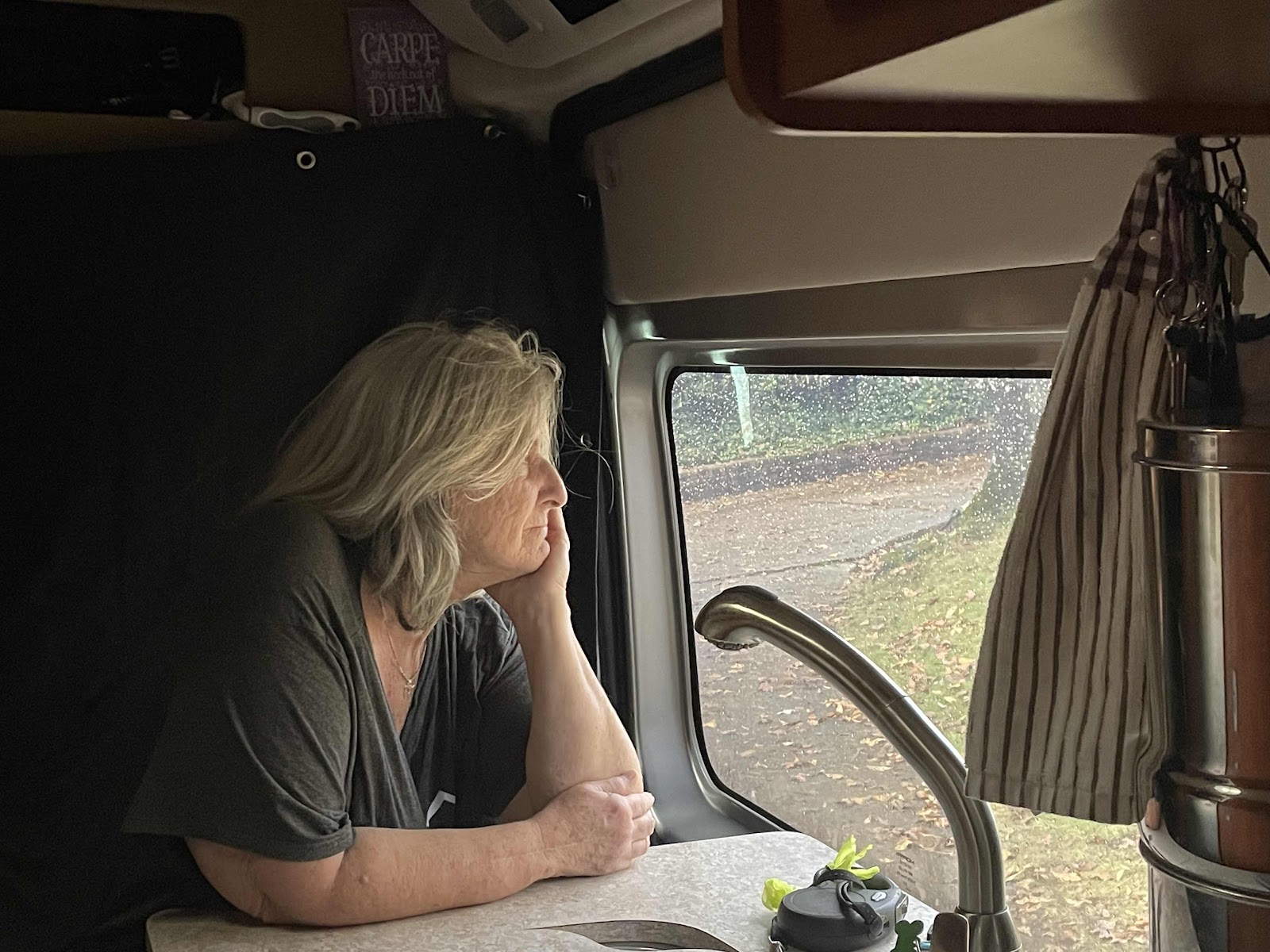 I often thought about coming back to Birmingham, Layne said. But I suppose by then she was entrenched in Santa Cruz. Life is all choices as the cliché goes. 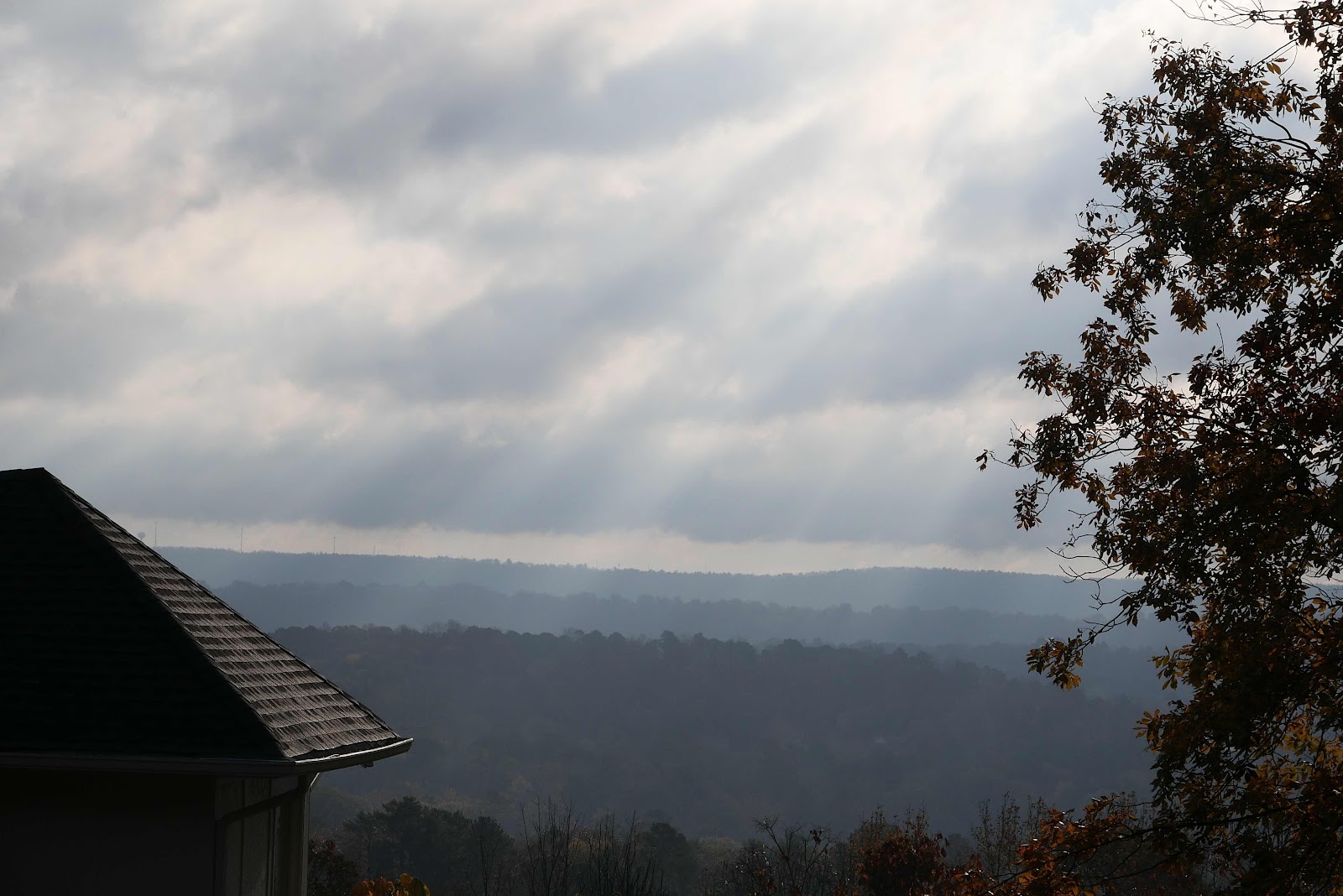 While we ate Rusty met Beca and they ran around the yard like old friends. I was quite impressed as he usually freaks out when he sees dogs larger than himself. Perhaps travel is broadening his mind too. 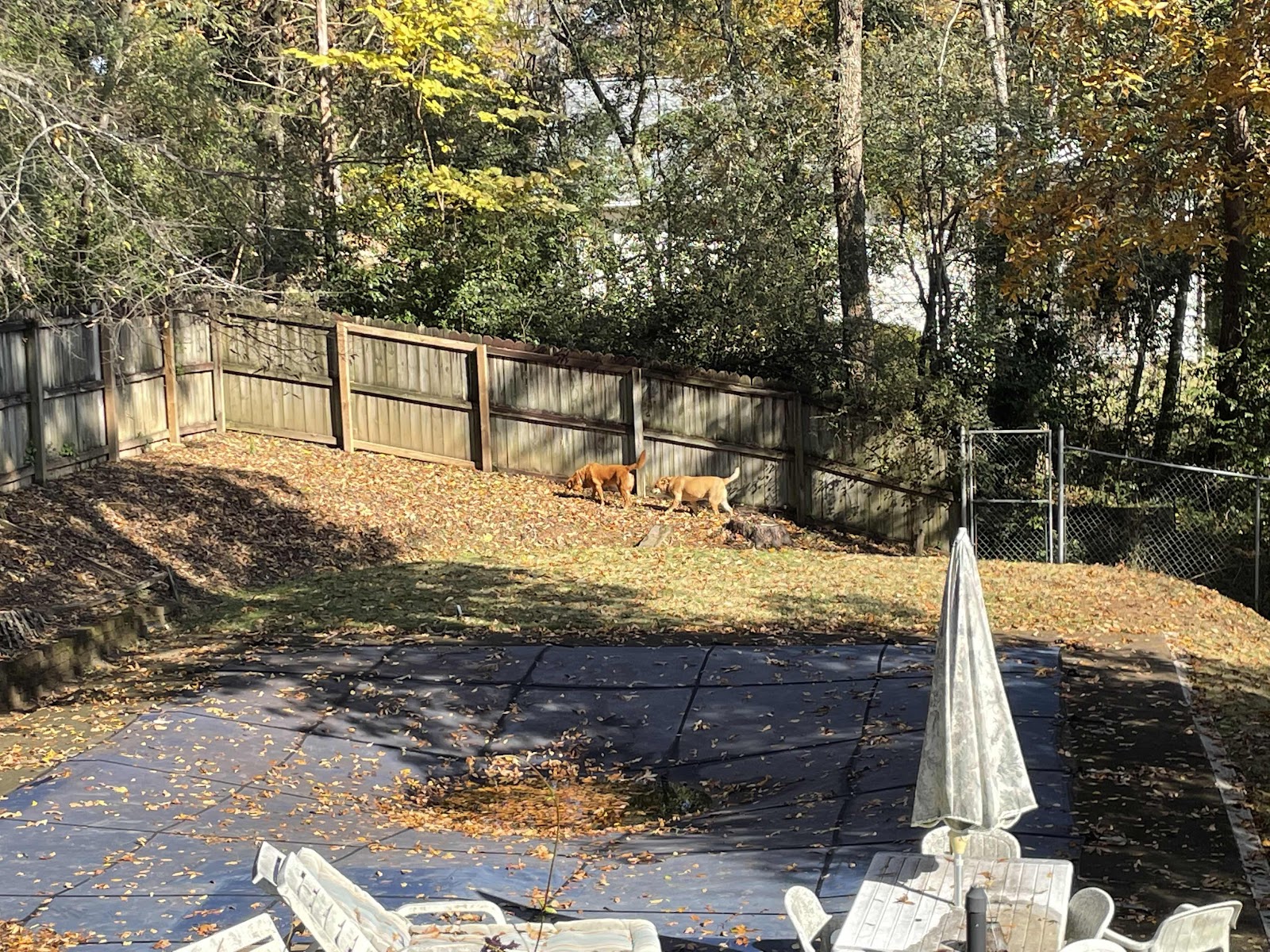 We had a dinner date in moochdock number eight in Pensacola. We hit the road. Literally. 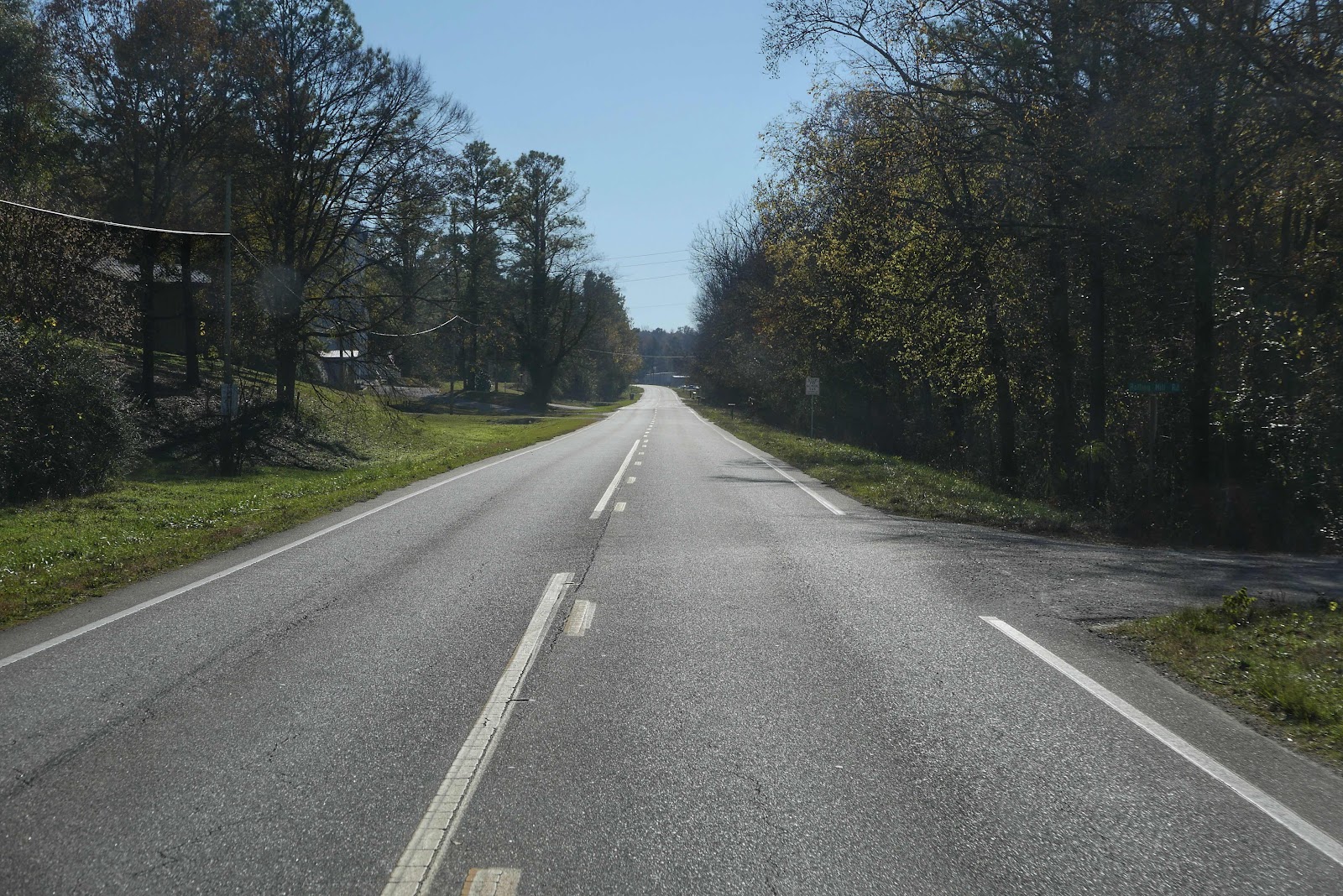 Cruising the backroads we stumbled upon an impossible situation, a 40 mile per hour rolling roadblock. The truck removing a well used immobile home was so wide oncoming full sized pick ups had to put two wheels in the grass or pull over if they could find space. A fired up hatch back squeezed past but we were in line behind the obstruction after the car in front of us turned off. I was pondering my options, looking for a place to pull over, walk Rusty and let the thing roll away when to my astonishment a gray cement brick appeared in the roadway. The right front wheel went over it with a loud crack which woke Rusty and Layne up and sent a jolt of adrenaline through me. 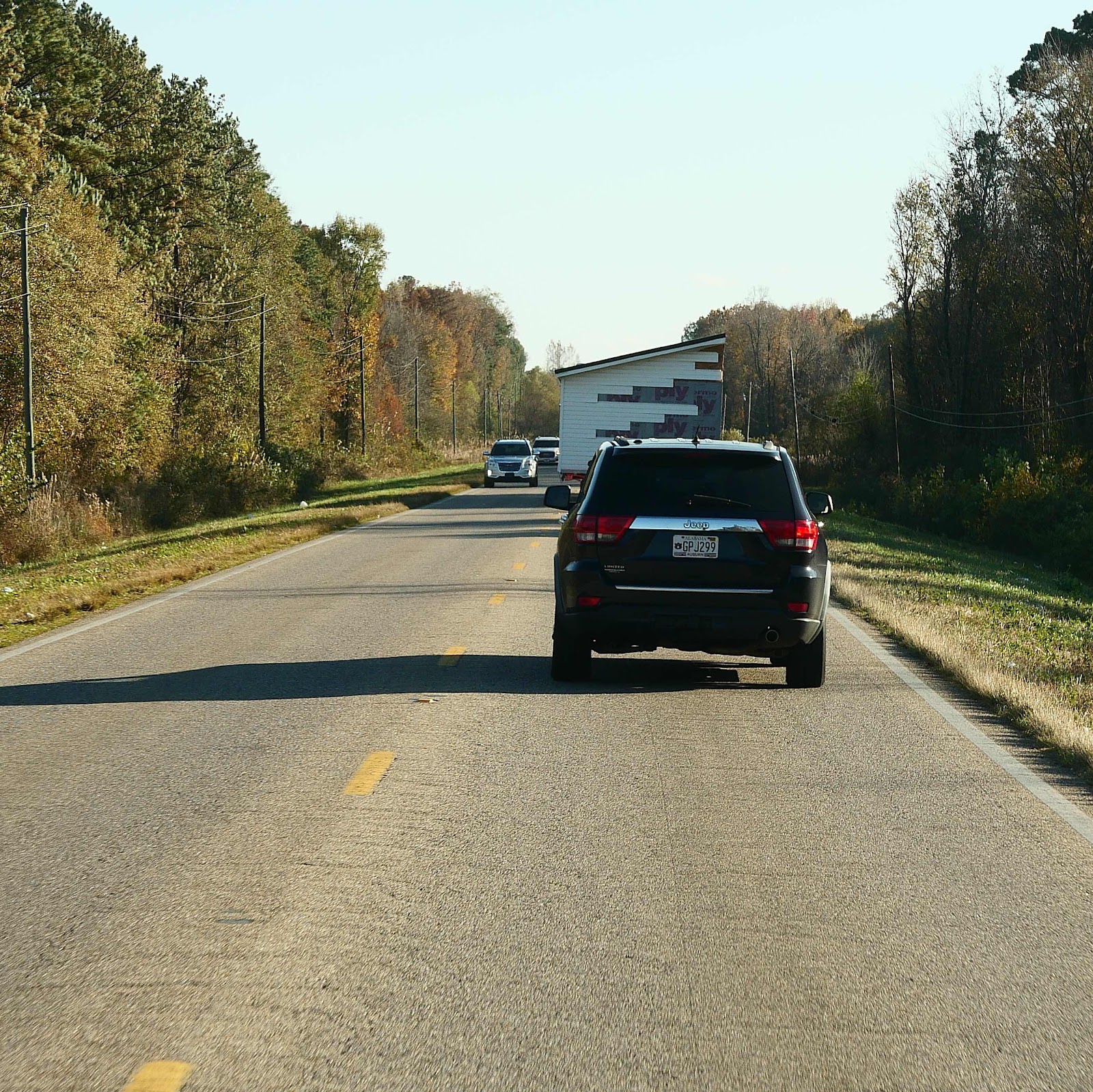 We found a forest road but there was no sign of damage and the van rode just fine. I had an intention to have to the tires rotated in Pensacola which will be an opportunity to check for damage but everything seems fine having driven a couple of hundred more miles. Lucky us. Strong Promaster. 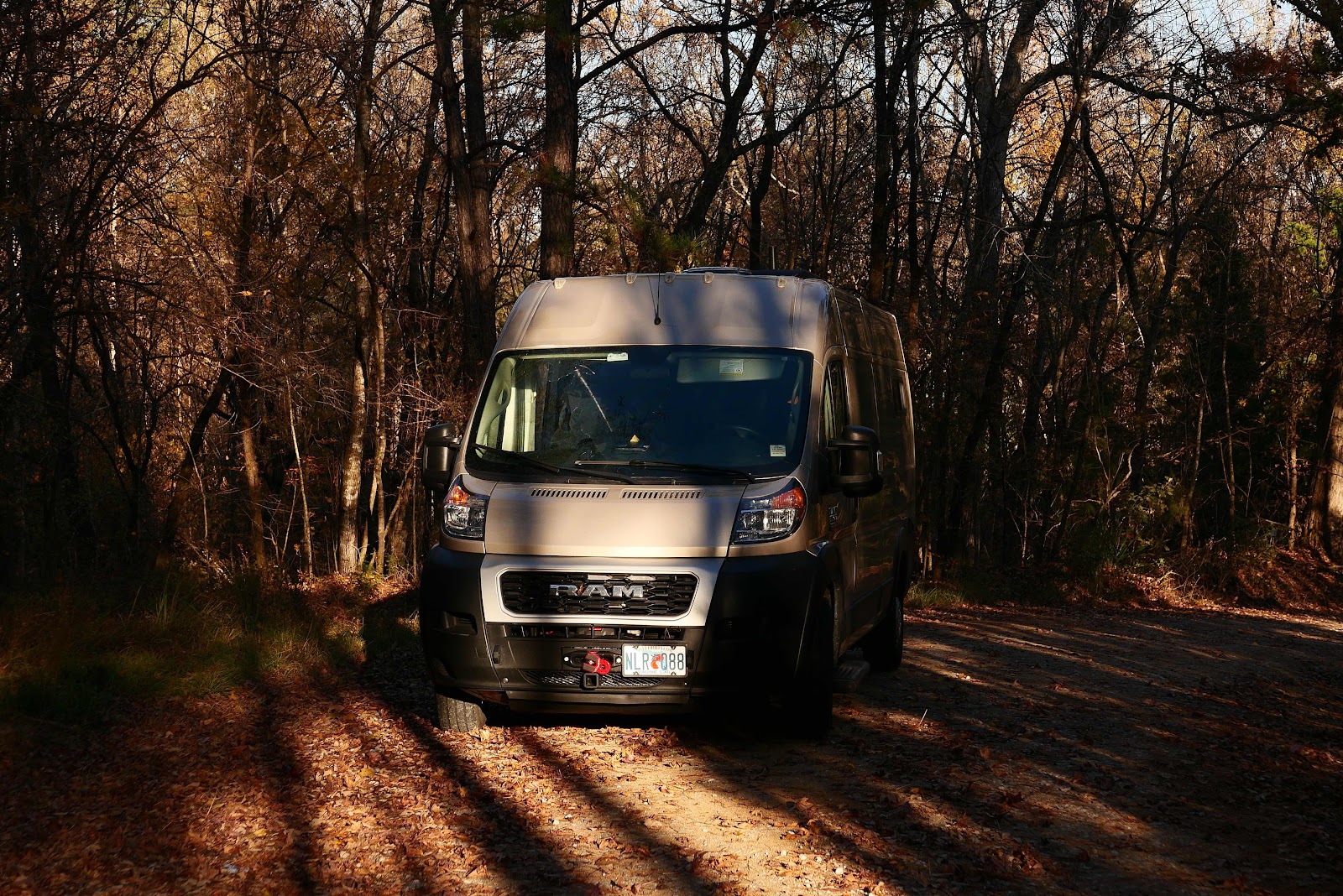 Rusty enjoyed the woods and was quite curious if given time to get used to the place. He is getting quite entrepreneurial in a doggy sort of way. 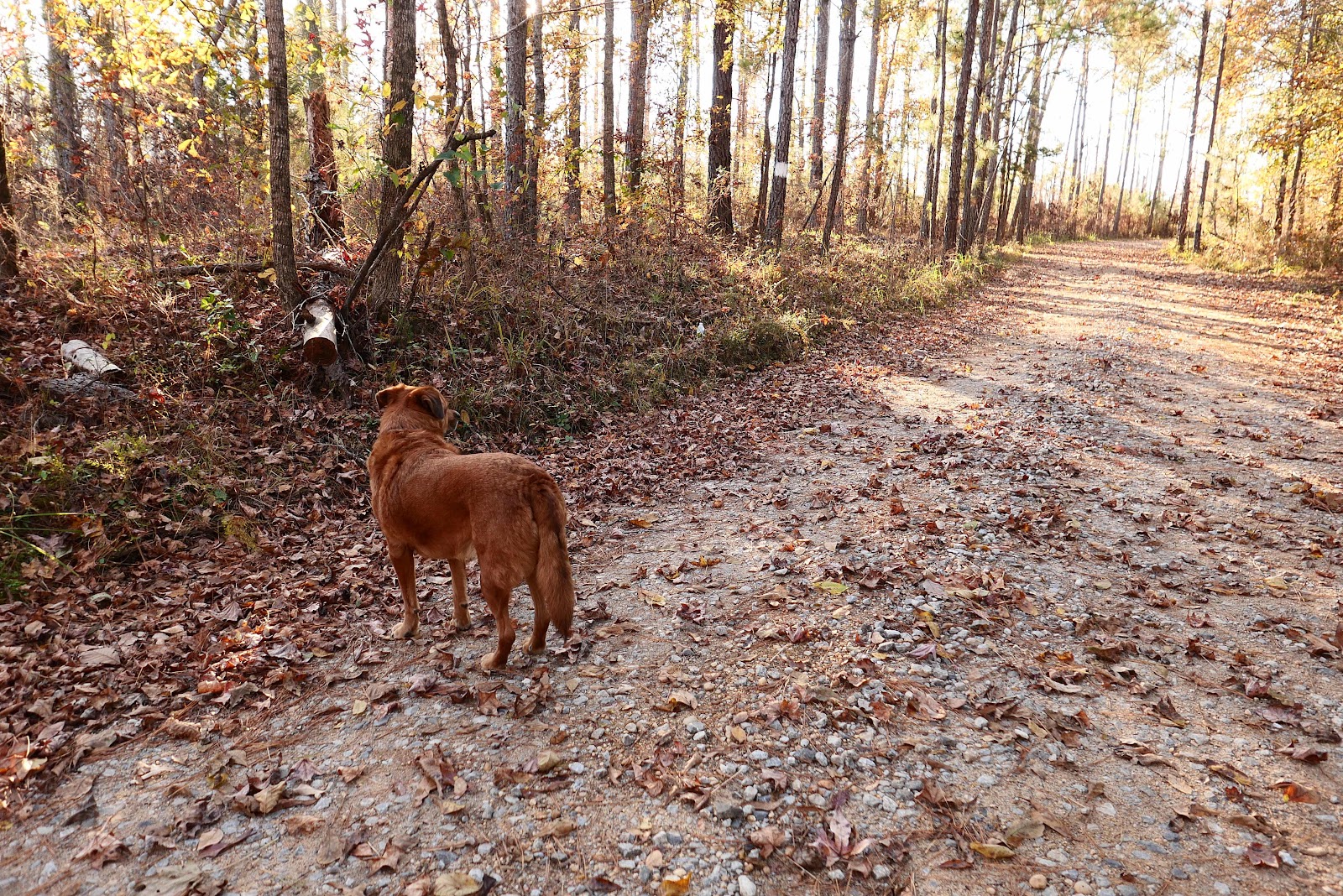 The sun was setting and we were outside Flomation, a peculiarly named town on the state line.  This wreck was in Alabama offered frorsale by a realtor with an area code in Florida. It must be inconvenient to straddle jurisdictions like that. 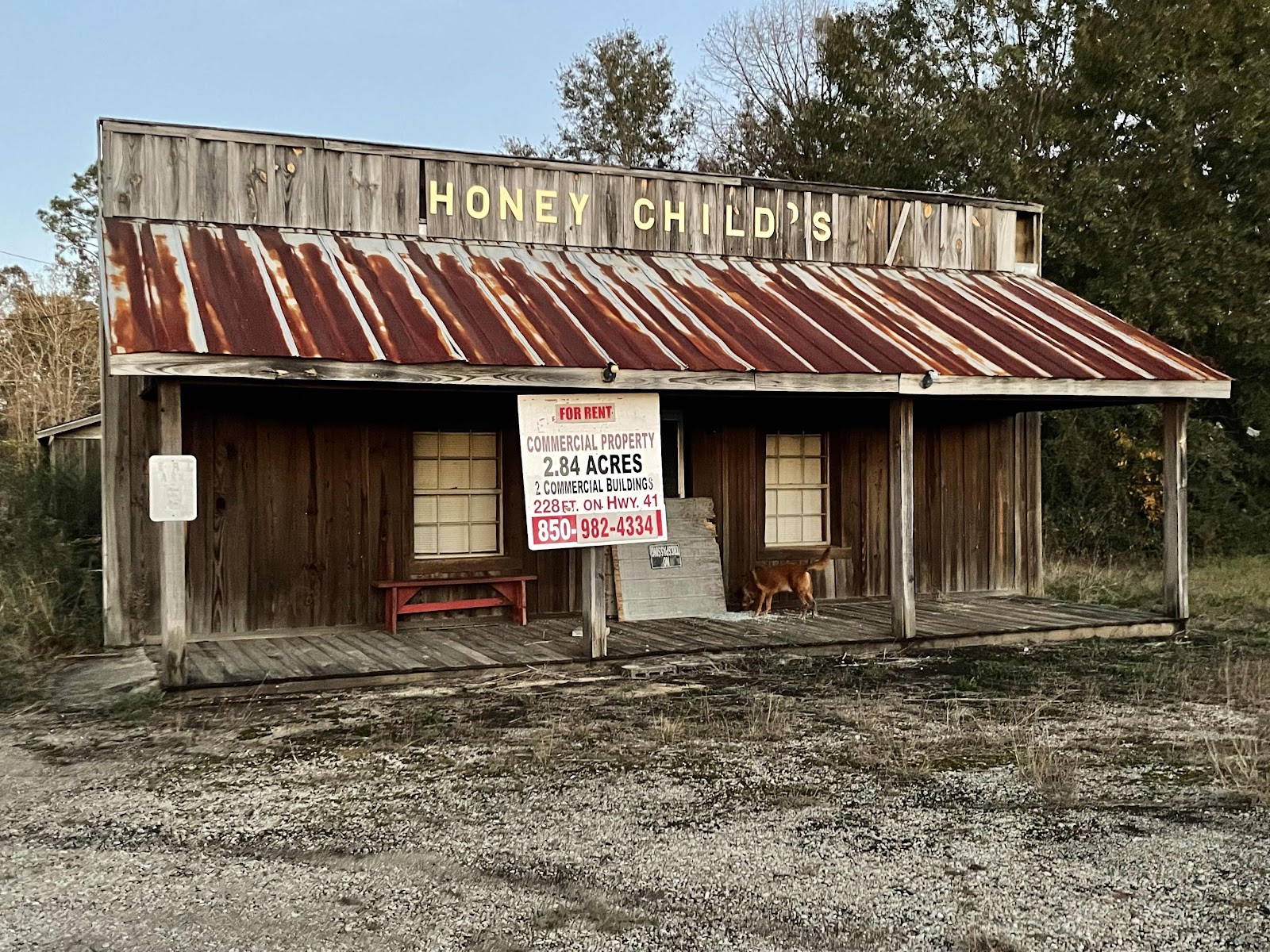 The sun started to set and give the landscape its golden color.  And then we had our second incident. Birmingham had been a tough city to navigate even in the middle of the day. Streets were clogged and it was only the laid back driving that made lane changing easy. However laid back was not the style of driving of the next logging truck we met. 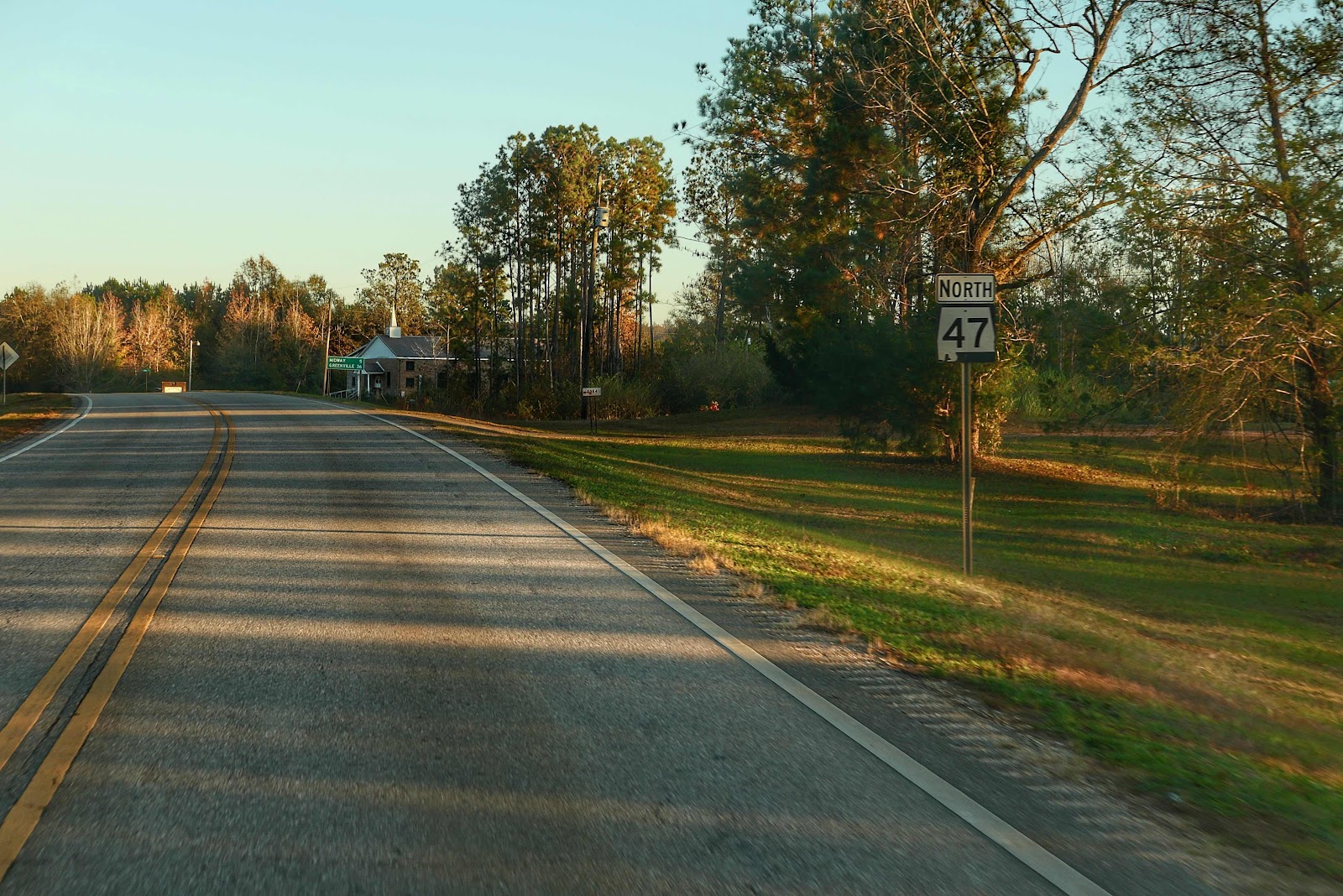 We arrived at a t-junction where Google said turn right. I stopped, checked for traffic and saw none from the left. From the right there were two logging trucks coming and as I started to pull out and make the turn the second truck ignored the solid yellow line and pulled out to pass the truck in front. Had I paused to pick up my jaw we'd be dead because he came barreling at us full bore to pass the other truck. As it was I stopped hard, said nothing, and lived. Racing logging trucks; that's a first. 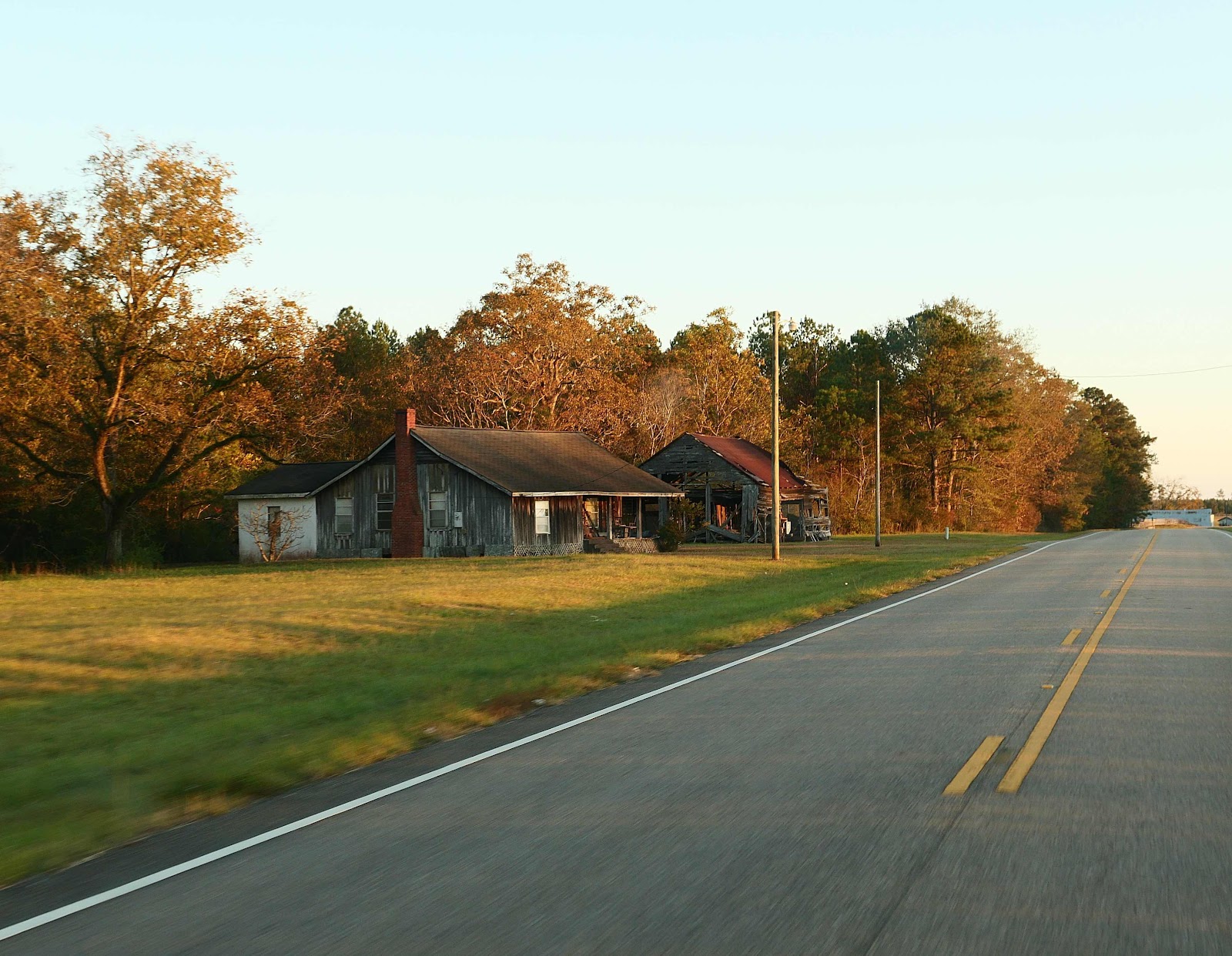 I told Layne about it after we arrived and she remarked she had wondered what the sudden stop was about...That one would have been a lot worse than a broken pelvis! 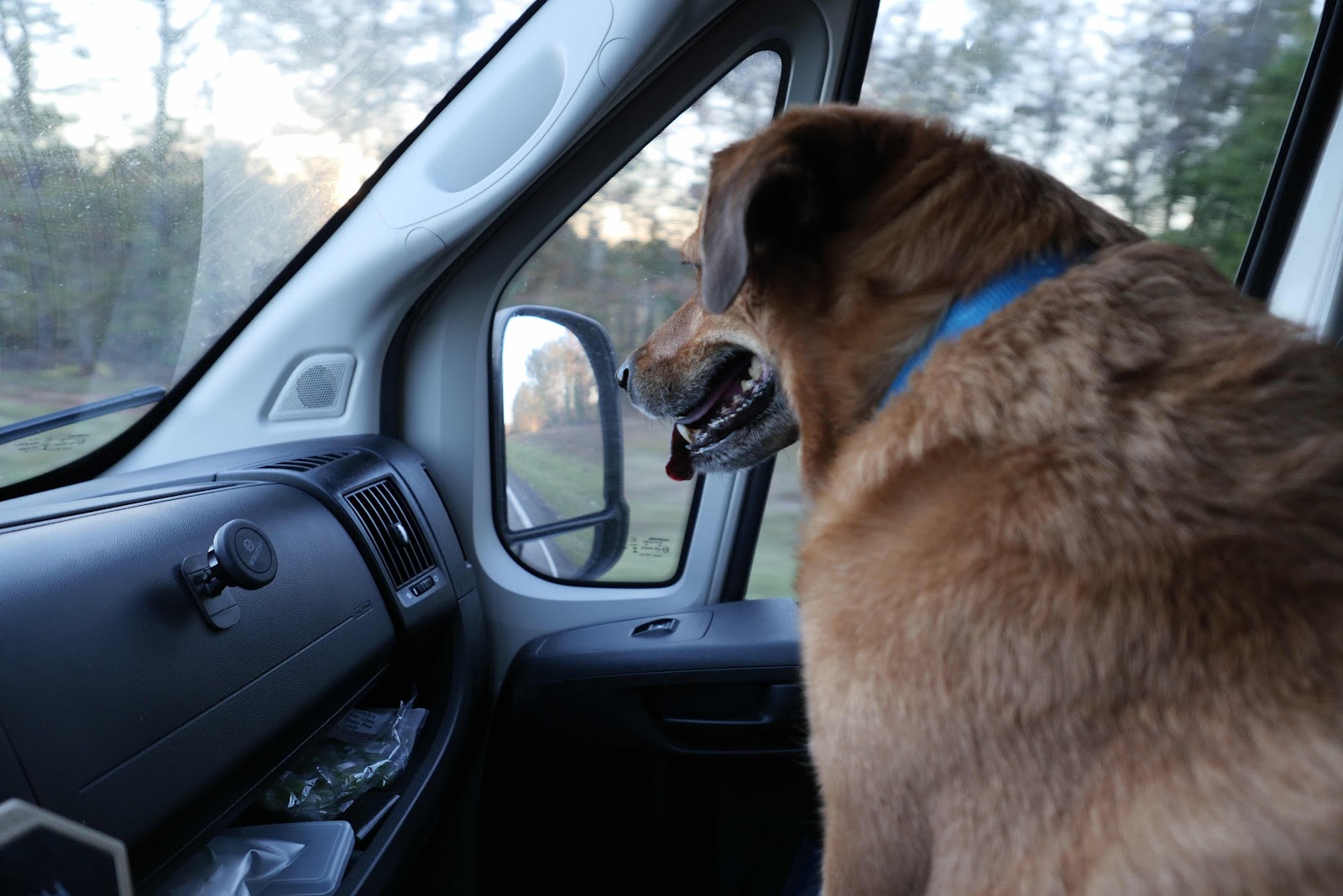 I think there is room for another cliché isn’t there? Making the most of the time you have or something? 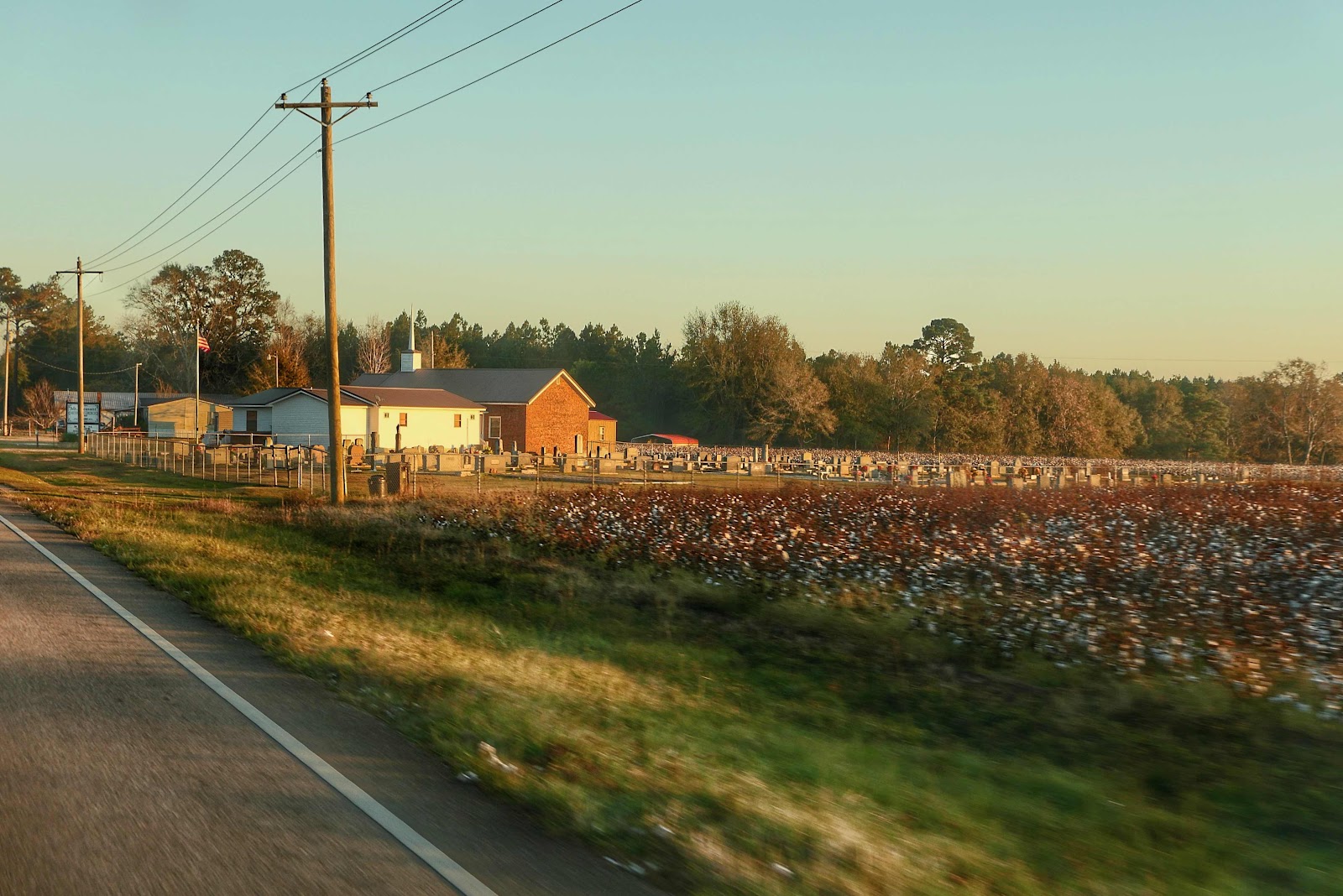 I never imagined a stationary retirement, or being bored, or unmotivated to get up and go and see things. The other side of the coin is the chance of things going wrong, but better that than shrivel up from boredom and lack of motivation. Got to keep your curiosity alive I say. 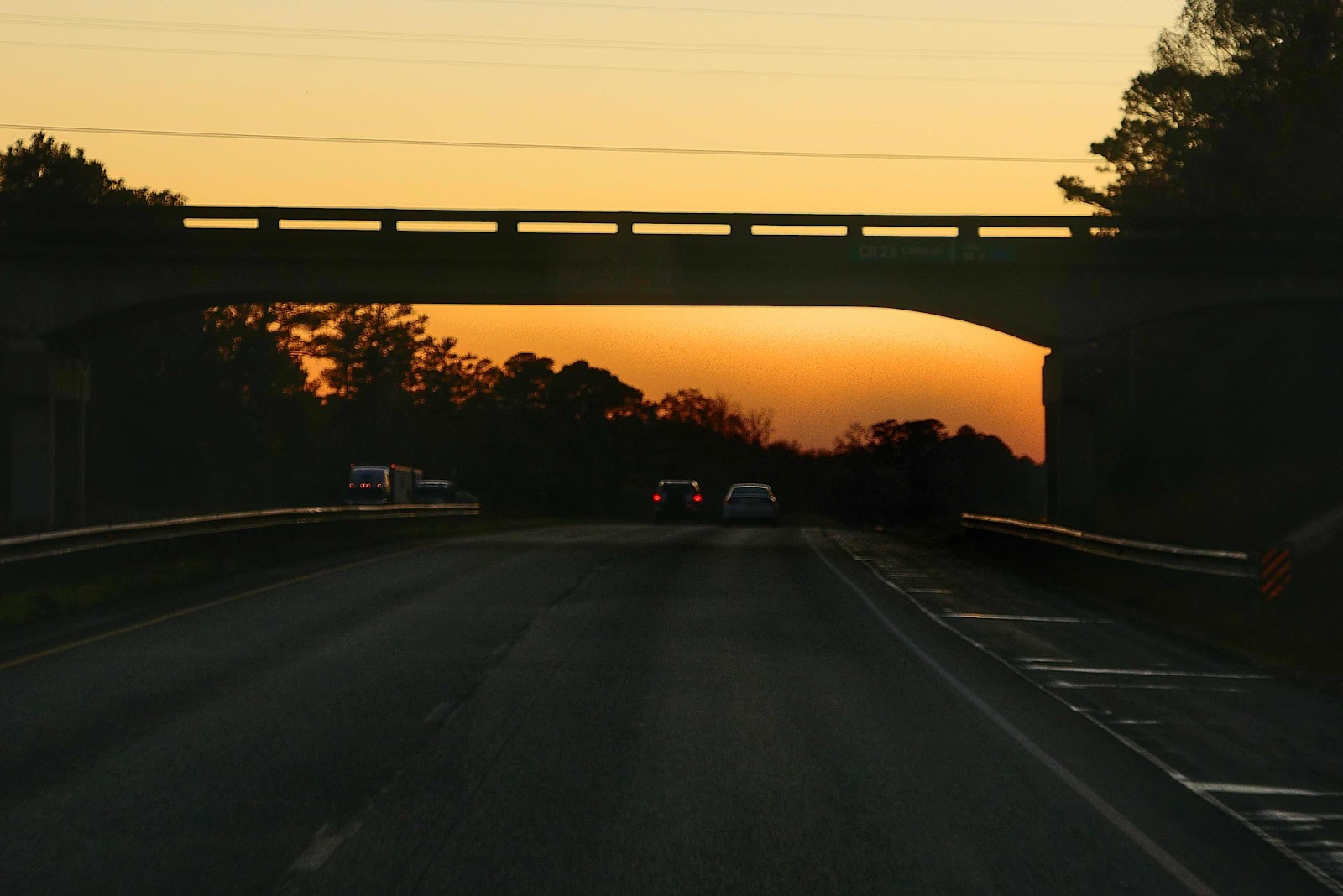 Next week we cast off for Big Bend in Texas but there are a few places I want to see on the way. For now we have a real Thanksgiving to get through and more socializing. Not a bad place for it either. I thought I saw croissants and coffee prepared for breakfast before I took Rusty for a walk. 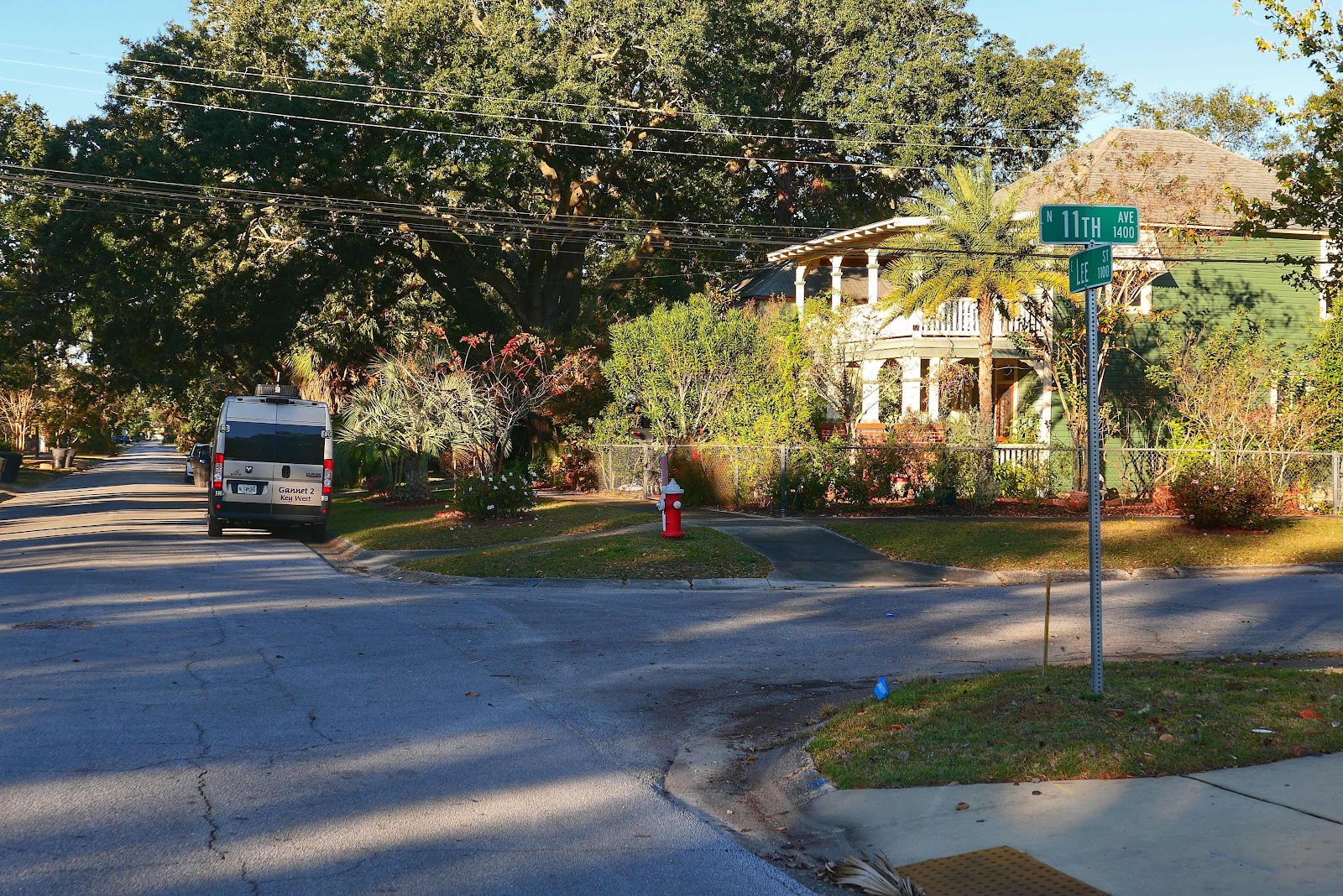 Posted by Conchscooter at 9:58 AM

Sounds like you are having fun. I remember one time in Houston (towing our trailer) having a ladder fall off a truck in front of us. I missed it but that would have been nasty!

I really liked the photo of the graveyard next to the cotton field.

Good luck on your future travels!

Beautiful pic of the mist in the mountains.

My sister got back from Big Bend a few weeks ago. Watch out for the tarantulas and scorpions.

That concrete block is worrisome! Glad you'll get a chance to check it off the ground!