The lushness of the Casa Marina district in Key West has to be seen to be believed. 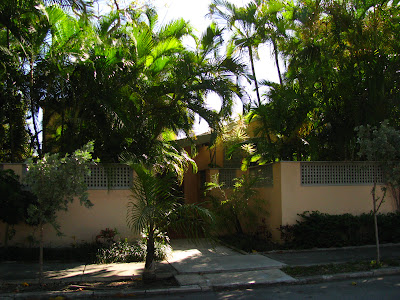 Sometimes visitors are surprised to learn that Key West has distinct neighbors even though the whole city fits in an oval two miles by four, but it does. Casa Marina is the wealthy neighborhood, in the area around the Casa Marina Resort on Reynolds and Seminole. That was the destination hotel built by Flagler a hundred years ago to house travelers on his railroad. He built similar hotels in Palm Beach and St Augustine for the snowbirds of his time. 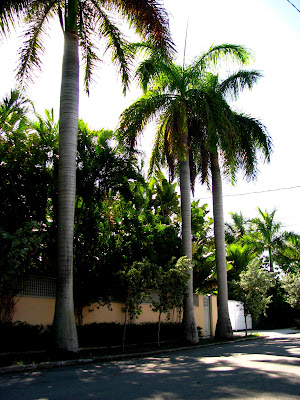 Like most better neighborhoods in any city it has a lot of trees and greenery to complement the fancy homes. If you need thousands of square feet and a proper yard and covered off street parking this is where you look to buy. 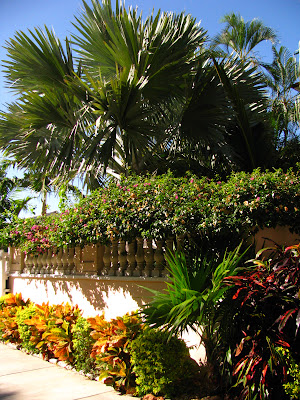 I've never really understood why public landscaping is a prerogative of the rich, I look at public housing complexes in Key West and they all look like they could do with banana palms and perhaps a few fruit trees mixed in with some hardy gumbo limbos, buttonwoods and West Indian almond trees. Instead the buildings sit in the baking sun like forgotten Lego bricks in a sea of crab grass. 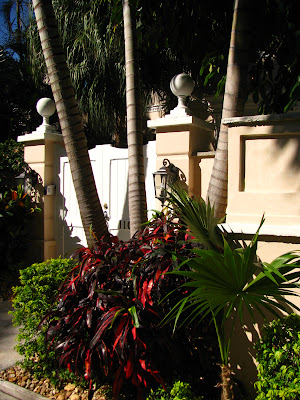 The funny thing about Key West is that fancy and funky are only separated by feet, sometimes a roadway and occasionally a fence. These homes overlook Higgs Park to the south. 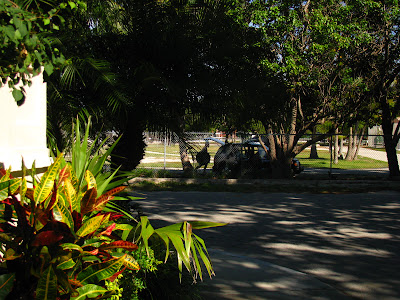 The park is home to a few families enjoying a picnic, a few athletes playing sports and a great many of the winter bum population who descend on the city in large numbers when the cold hits Up North. 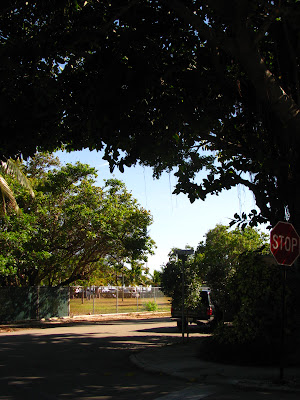 Everyone, no matter how high the wall or big the yard, ends up living cheek by jowl in Key West.
Buyer beware.
Posted by Conchscooter at 5:01 PM

We looked at living there - but the proximity to shore coupled with no elevation meant hurricane damage galore.

When we began our search in '07, Casa Marina district was still pretty rough looking from the aftermath of Wilma.

We sleep better knowing our finished floor is 8 feet above sea level - as opposed to the 3-4 feet of most of the concrete block houses of Casa Marina.

The vast numbers of chickens in Old Town make landscaping tough unless you have raised concrete planters or very aggressive pets. Chickens turn over every rock and pebble searching for food, and plants are very much secondary annoyances to that search. Mulch is a formal invitation to a buffet, until it floats away on the springtime floods. So, you either "go big", or live with a bare patch of crabgrass and nutgrass.

I am no fan of public chickens. I prefer native birds wandering delicately and picking delicately. However not even chickens could knock down gumbo limbos or buttonwoods planted strategically.
Mike Mongo's idea of planting medians with fruit trees seemed brilliantly obvious and went- nowhere.