From captkeywest, known to me as Robert, this poem about our favorite city. 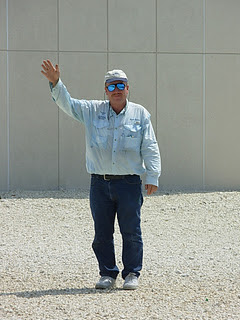 Robert moved to key West in the year of the bicentennial and has enjoyed living here ever since. He is the man who has introduced me to hidden Key West over the years after we first crossed paths sailing our boats through the Bahamas. He posted this poem as a comment yesterday on my Brigadoon essay, along with a joke which I used as my very first essay in June 2007 on this blog.
"In 1997 this poem was reported to have been found in a trunk at a storage area on the Navy Base. Author unknown, this poem was written by a serviceman stationed in Key West during the War. When the brand new Sculpture Garden at Mallory Square was dedicated in late 1997 a time capsule was buried at the Sculpture Garden containing information info about what political issues were happening (Standard Time Capsule Stuff). 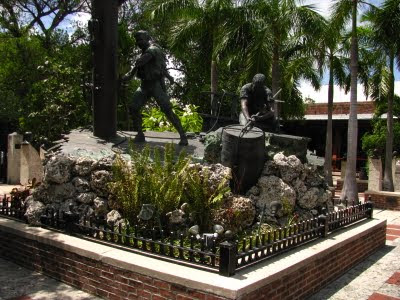 Included was a copy of this poem and if they open the time capsule as planned in 100 years, people will again get to enjoy this authors work, Dated 1942." 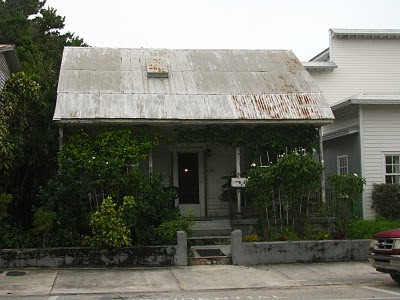 Key West, oh Key West you moth eaten town,
Your unpainted houses should all be torn down.
Your winters are damp and your summers too are hot,
The air is humid with mildew and rot. 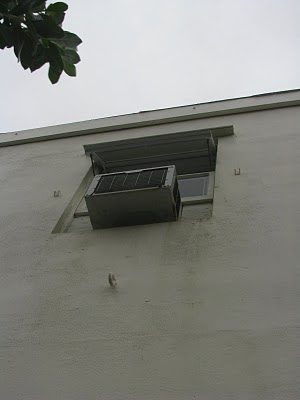 The land of bad colds, of sore throats and flu.
Of stiff aching muscles, pneumonia too,
Your people dull witted and God, what a bore. 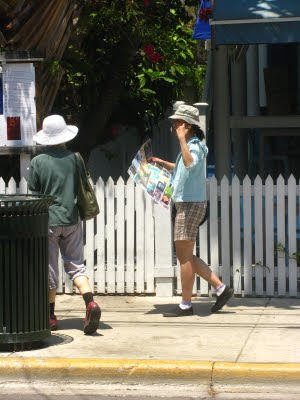 Your streets are filthy as spring now approaches,
This materially adds to your crop of cockroaches.
The home of side porches and bumpy thoroughfares,
With slovenly girls and their awful bland stares. 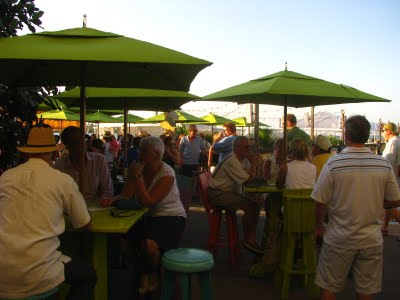 You live among roaches and don't mind the rats,
And all seem to thrive on mosquitoes and gnats,
You don't speak English, you talk Cubanese: 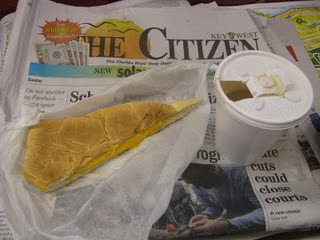 Inhaling sewer gas which you think is the breeze.
You make us pay double for all that you sell, 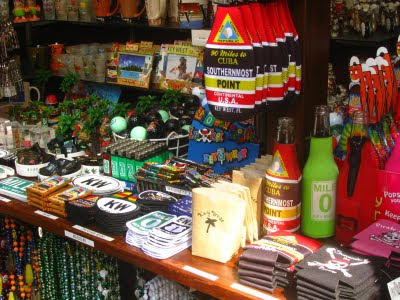 But after this war you can go straight to Hell!
And when you reach Hades and Satan greets you,
You'll feel right at home, for he's a Key Wester too!
Yes, Key West. oh Key West, it isn't all gravy,
To be plunked at your feet by Uncle Sam's Navy. 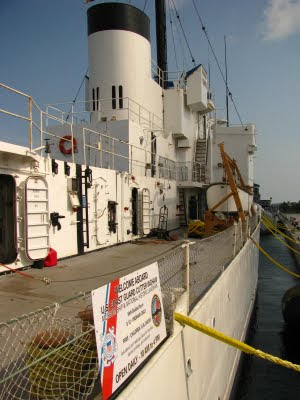 Have you ever wondered why none of us grieve?
Why all of us welcome the first chance to leave.

The worst of it all is you think you are swell,
You think that you are perfect - that gripes like Hell.
You're rotten, you're dead, and you think you're alive., 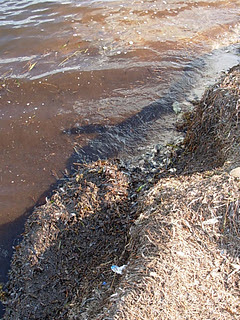 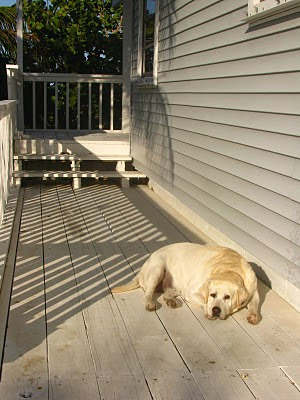 Posted by Conchscooter at 3:48 PM

We came home from a week in sunny southern California to cold dreary rain. Ours is to let up on Friday with sun and 60 for October in suburban Chicago.

What do you get for the main Thanksgiving entree at the mostly vegetarian household in NC?

Glad you are having fun with the plants. It has been a beautiful season of fall changing leaves here. No hard freeze yet tho I picked the green tomatoes just in case before we left. Nice ripened ones on the counter when we returned!