A few evenings ago I came out of the police station dragging my man purse and my lunchbox along behind me, like Christopher Robin hauling Winnie-The-Pooh, and I knew I had turned the corner on winter. I could clearly see my motorcycle across the parking lot sitting there bathed in the glow of the sunset. The shortest day of winter has just passed and the effects are immediate. When I come to work in the morning I leave the house a few minutes after five and its still pitch black at that point. 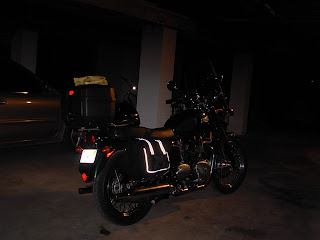 But to step out of work a few minutes before six in the evening and still be riding out of the parking lot in daylight, why that's the first sign of summer around here. In Key West the seasons aren't entirely measured by ambient temperature. Its true we do get cold fronts and temperatures drop as the clouds cover the skies and the winds pick up. 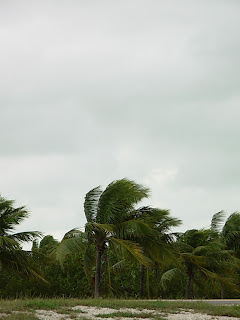 But, the big deal really is the level of the humidity. Summer time is warm day and night and the moisture in the air is like a muslin cloth over one's face. In winter the cloth is whipped away and one's skin dries up and long work pants no longer seem a burden. In between fronts temperatures rise, the sun comes out and the coastal waters glow their usual shades of turquoise, all along Highway One. 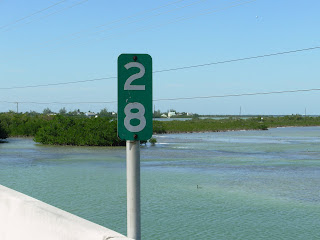 For the anxious tourist crossing yet another highway bridge on the way down the yellow brick road to Key West, that green marker shows its just 28 more miles to the corner of Whitehead and Fleming Streets. And if they're lucky they arrive as the cold blows away and the sun comes out.

I'm sure we'll have a few more cold blasts before I launch the skiff and go swimming next April but when the days are perceptibly longer than the nights I'm a happy camper. I've had enough 60 degree days to be going on with, but as I look out the dispatch center window at the sunny placid waters of Garrison Bight Marina I'm feeling like winter's over and its springtime in the Keys. Which means its time for an unrelated motorcycle picture. I took this earlier in the week at Fort Zachary State Park. 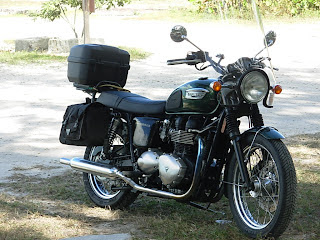 I've been reading about all the gross weather the rest of the country is suffering and it looks terrible. Our commuting madman, the Intrepid Commuter, is riding his motorcycle in marginal conditions which make me feel pretty unmanly when my wife asks if I'm riding in this "terrible " weather as temperatures drop to near 60 degrees. People are dying in rain storms, floods, mudslides and all the rest of it. And here we are waiting for our next dice-with-death hurricane season, meanwhile the skies are blue and the temperature is close to 80. Like I always say, when hurricanes hit there's enough warning that we can evacuate and after the storm we may have too many mosquitoes and not enough power but at least we don't get hypothermia. 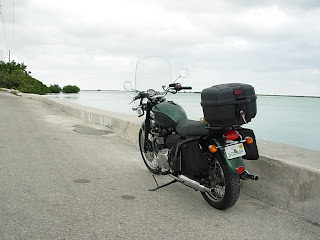 This is a cloudy gray threatening day along Highway One at Big Coppitt, around Mile Marker 11. Compare that to scenes of devastation and electric mittens in the dismal reports from elsewhere around the US. At least I know how well off I am, its hard to take this place for granted. And no, I still don't miss snow.
Posted by Conchscooter at 4:10 AM